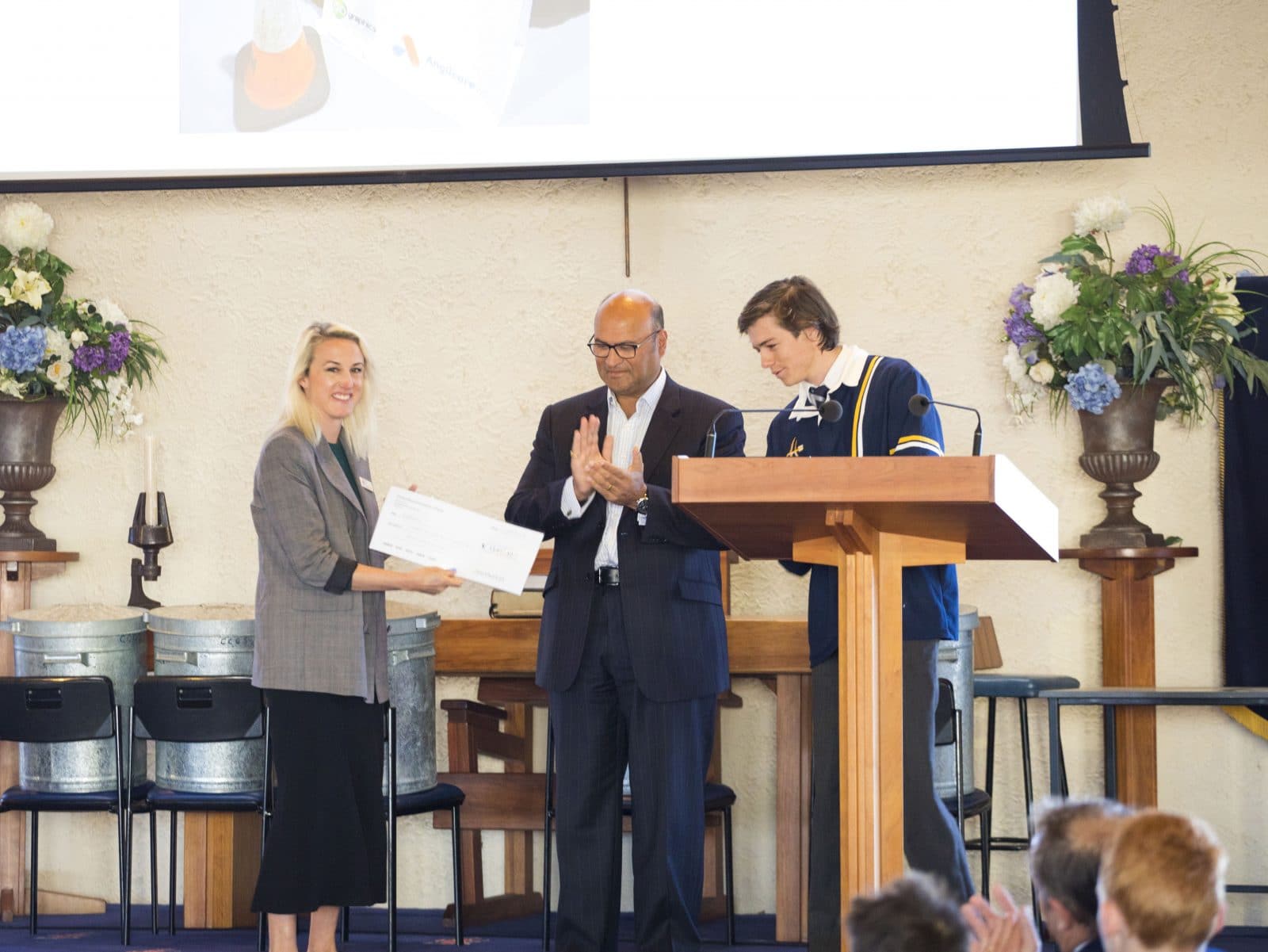 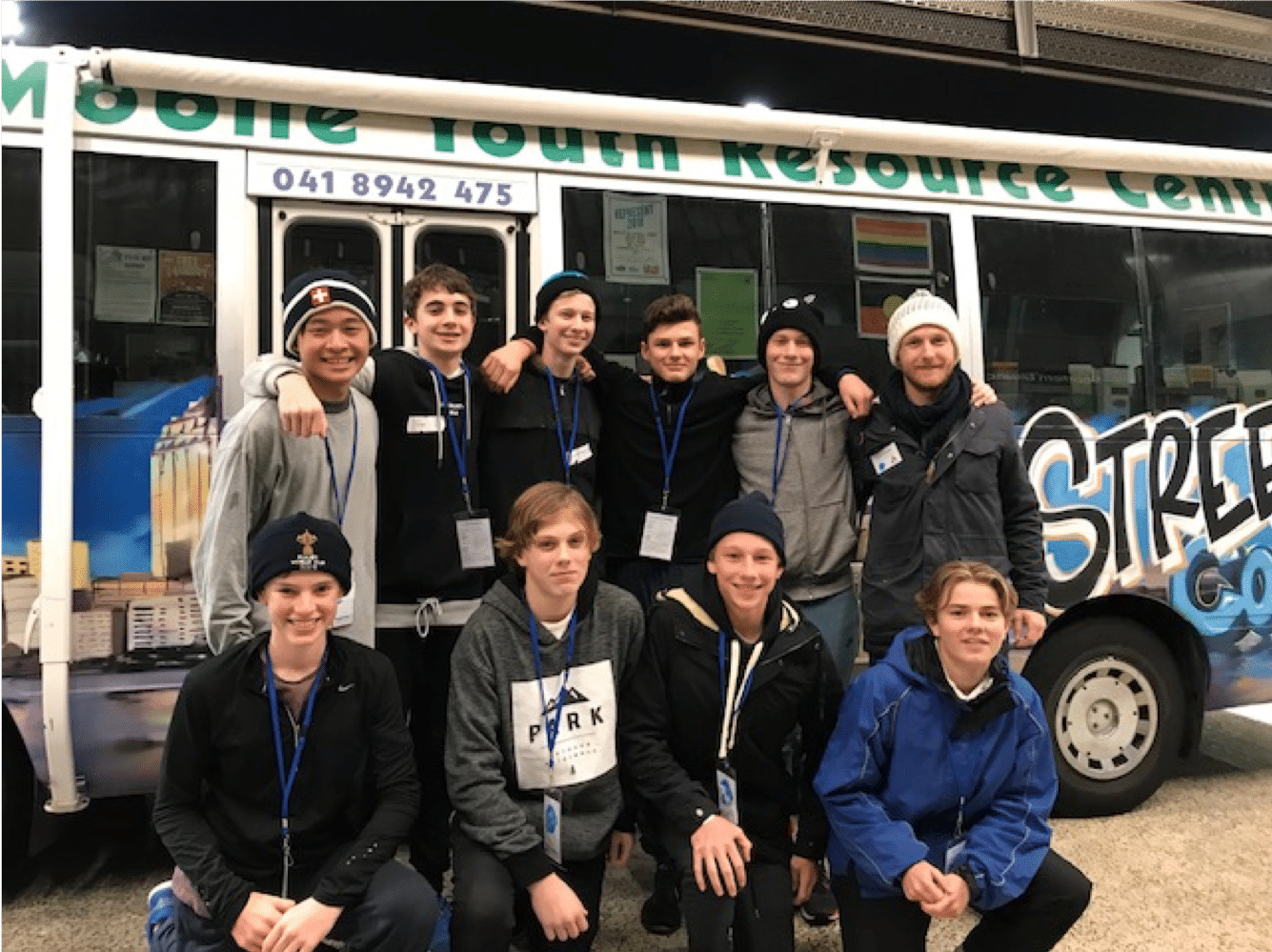 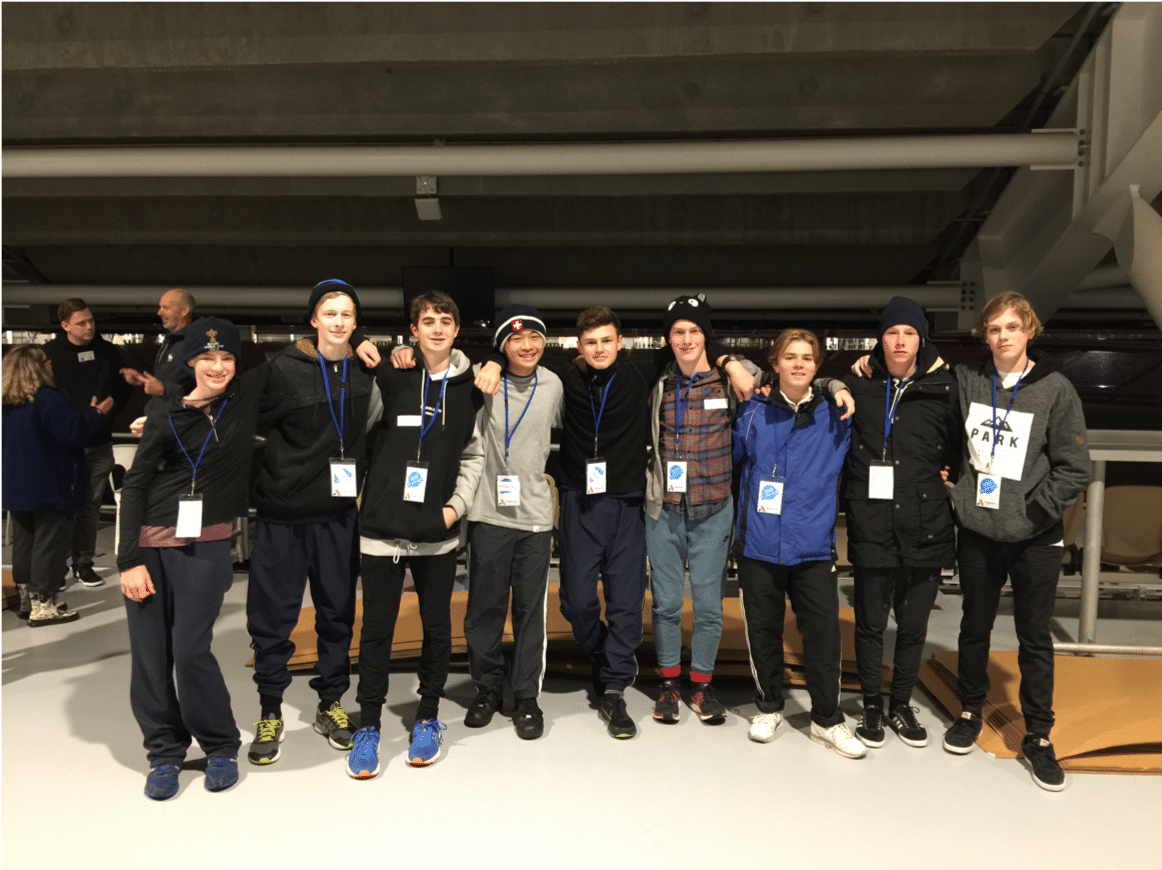 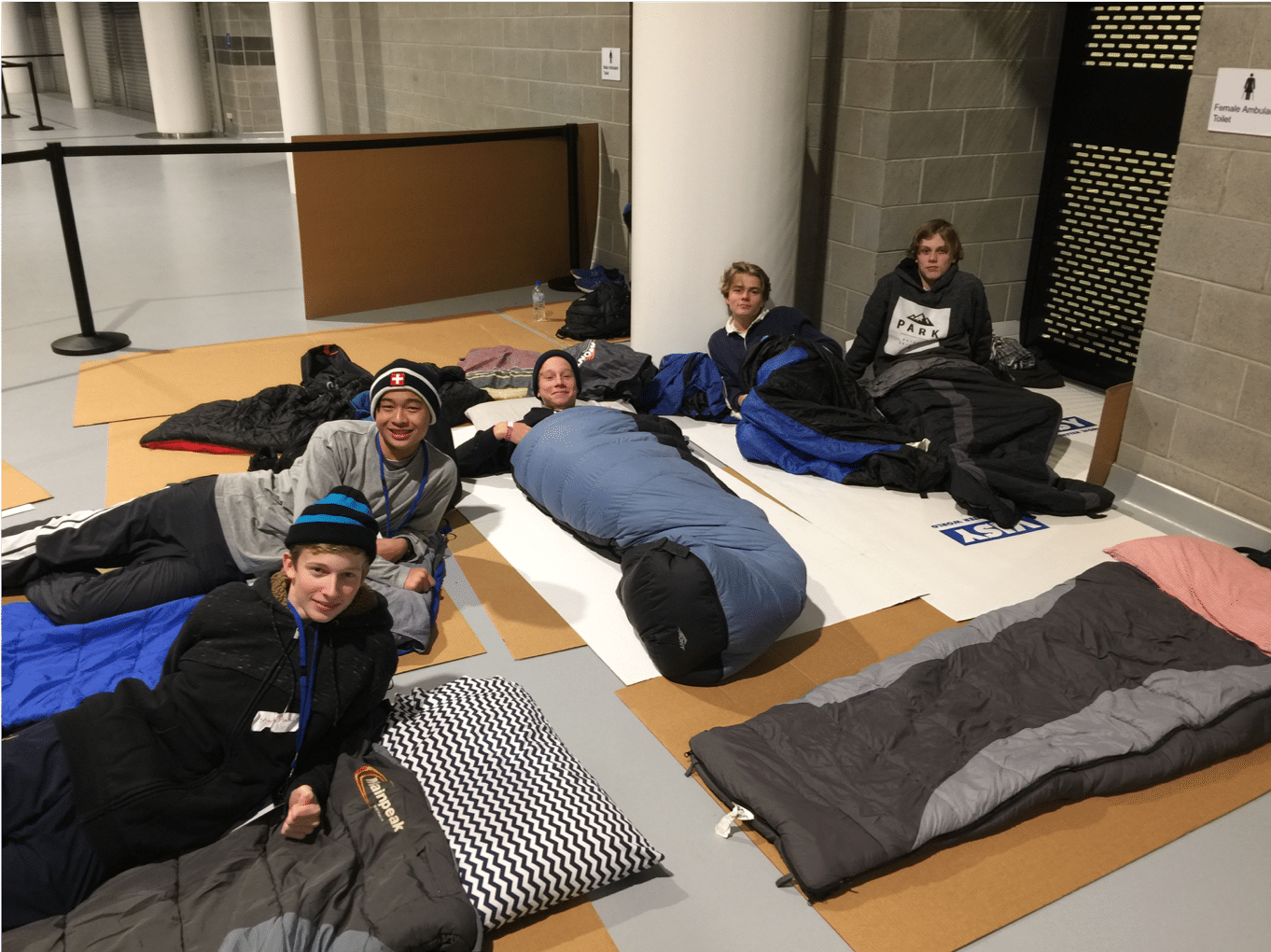 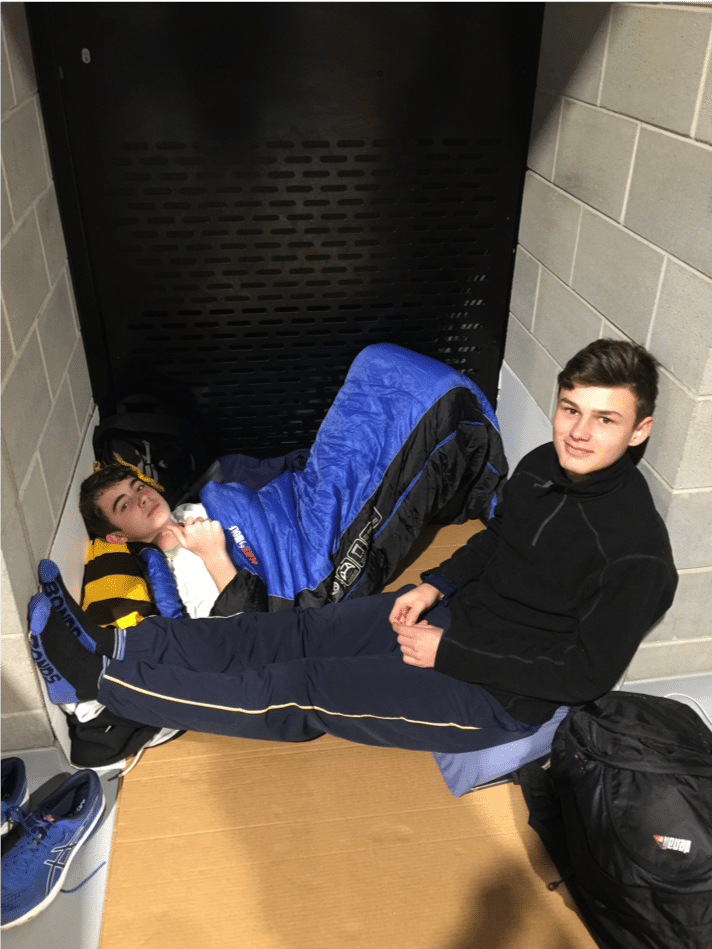 Anglicare recently received a generous cheque thanks to a number of fundraising initiatives led by the boys of Wolsey House.

Andrew took the opportunity to thank the boys of Wolsey for their support of Perth’s homeless population and impart valuable advice to all boys in the Chapel.

Throughout this year, the Wolsey boys have been involved in a series of initiatives starting as early as Term 2 with the making of hygiene packs for youth living off the streets of Perth. This followed with a clothing drive, the Wolsey at Work challenge and Anglicare WA School Sleep Out at Optus Stadium.

“For over 10 years, Wolsey House has maintained a special relationship with Anglicare and we are delighted to continue this tradition,” said Head of Wolsey House, Lloyd Haskett.

“Wolsey has certainly lived up to its of motto of excellence through team work.”

“This year the Prefect team introduced Wolsey at Work, a fundraising initiative for Anglicare designed to provide an opportunity for boys to strengthen their connection to others and their own wellbeing, through service in their local community.”

“The boys of Wolsey were each charged with reaching out in the community to fundraise through undertaking paid work. Examples included cleaning roof gutters, mowing lawns, weeding, car cleaning, house cleaning, walking pets and babysitting.”

“They were encouraged to visually record themselves hard at work and share their experiences with fellow tutorial members. The debrief process involved discussion around the personal benefit of giving.”

All money raised, clothing and hygiene packs from these activities goes directly to support Anglicare’s efforts in assisting families experiencing hardship and homelessness.