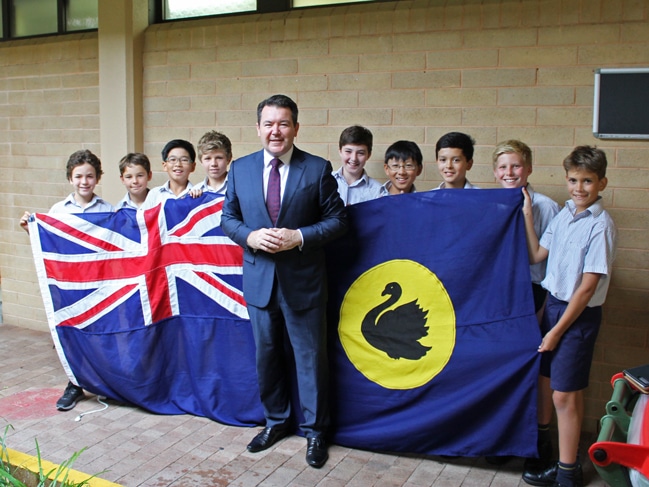 Senator Dean Smith, Liberal Senator for Western Australia, visited Christ Church this week to speak with our Year 6 boys on all things politics.

During the visit the Senator covered topics such as how a bill becomes law, the Australian democratic process, the role of the Senate and House of Representatives, why voting is important, and very timely, significant places to visit whilst in Canberra.

“The facts that Senator Dean Smith gave us were informative and prepared us well for our Canberra tour,” commented Year 6 student, Aaron Goh.

When discussing his political life, Senator Smith opened up on the positives and negatives of political life and challenged the boys by stating, “I think I can make a difference. If you believe you can make a positive change, you will.”

“We are always trying to bring experts to our school to make the boys’ learning real rather than simply reading about the democratic process on a webpage. The Senator made politics sound very appealing during the talk and tested the boys on their political knowledge along the way” said Acting Years 5/6 Co-ordinator, Mrs Sally MacKinnon.

The visit coincided with the boys’ upcoming tour to Canberra which is considered the most significant event of our Year 6 program in Week 11.