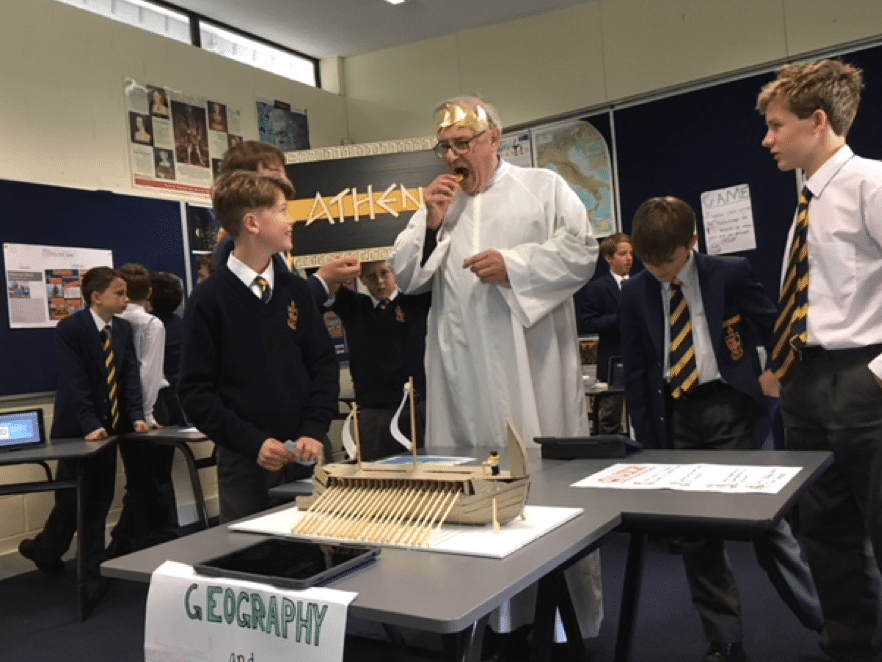 As part of their Humanities course, our Year 7 boys have recently completed their study of Ancient Greece and included was an opportunity to create a display suitable for a museum.

“The boys had a lot of fun and produced some fantastic artefacts and displays, extolling the merits of either Athens or Sparta in a bid to determine once and for all which was the superior Greek polis,” says Assistant Head of Humanities, Mr Richard Spence.

“A huge thanks to Father Frank for donning a tunic and really getting into character, the boys were honoured to have Zeus come down from Mount Olympus to judge the various displays.”

“Over past weeks, the boys have worked hard on their displays, collaborating in small groups whilst researching different aspects of Ancient Greek life, including government, the role of women, trade and warfare.”

“The task required them not only to become knowledgeable on their allotted subject, but also produce an interactive element to their display, in keeping with the style of modern museums.”