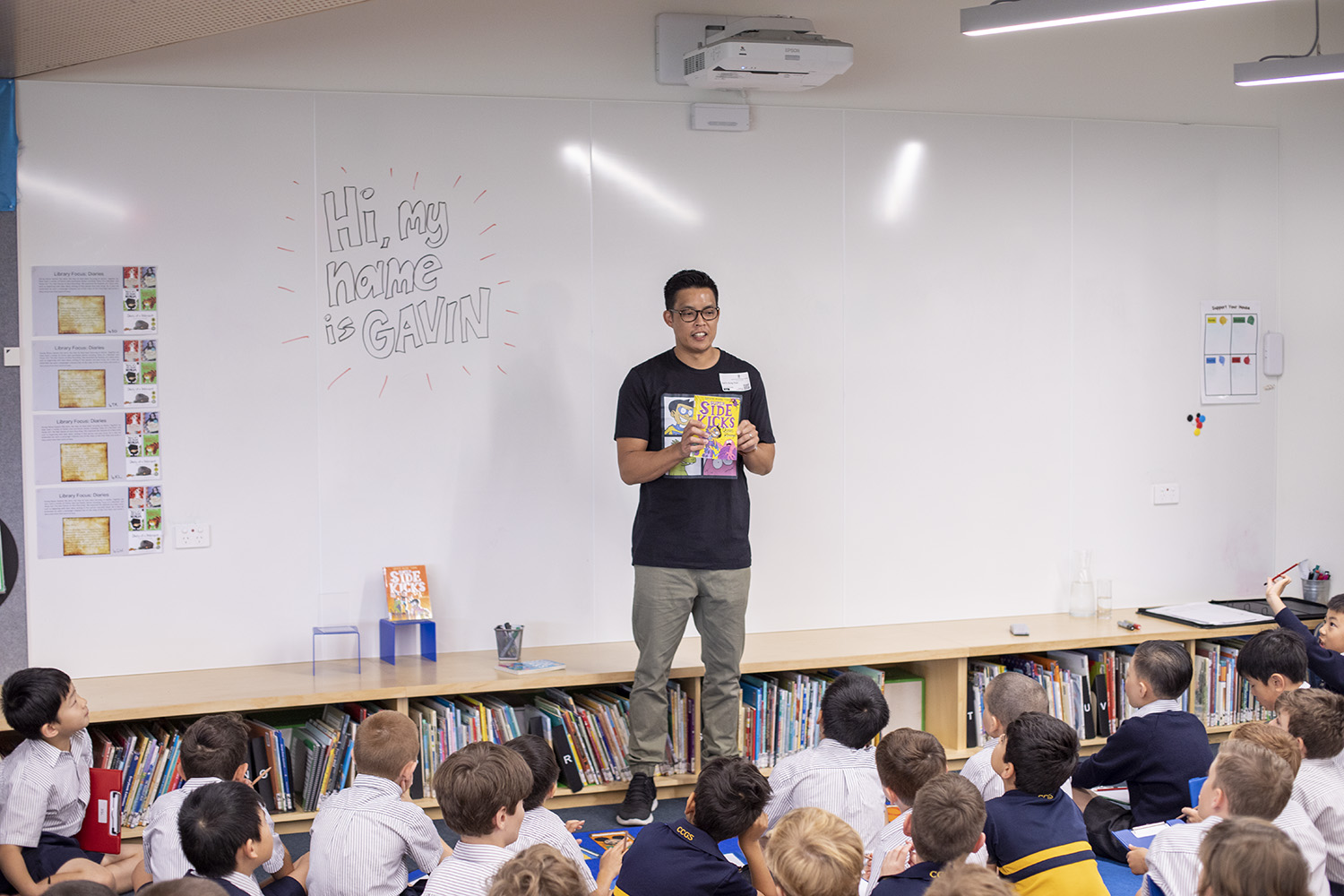 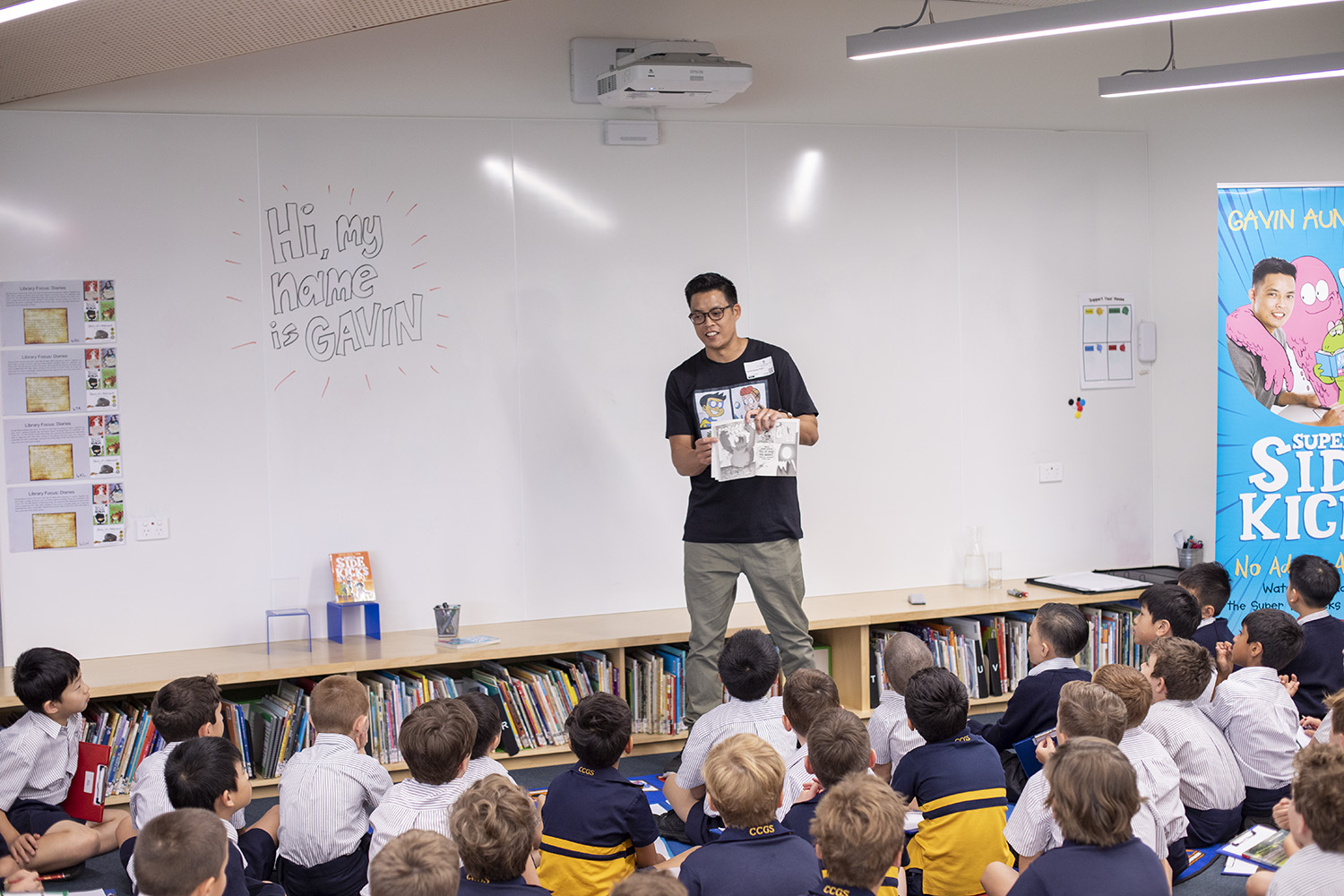 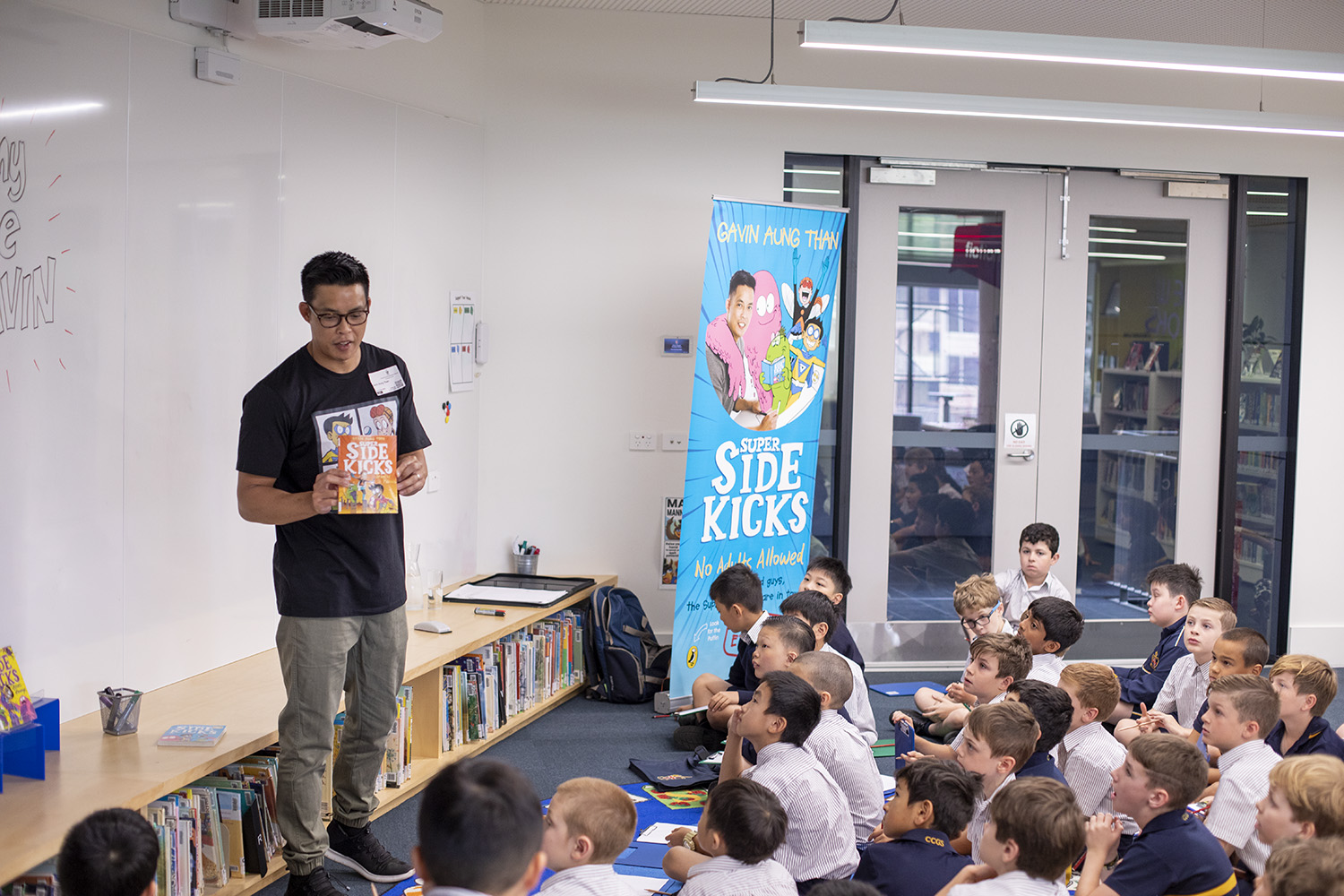 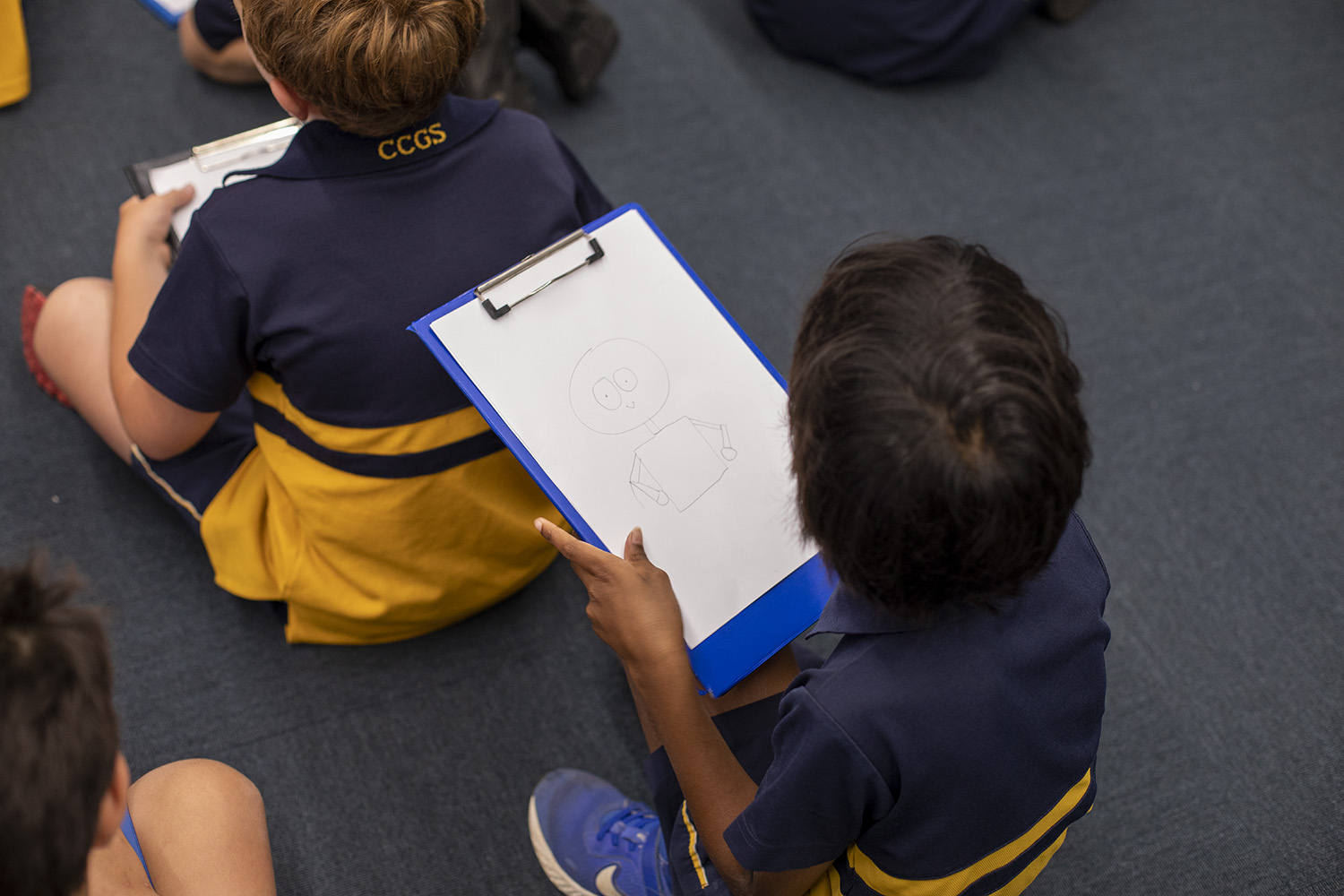 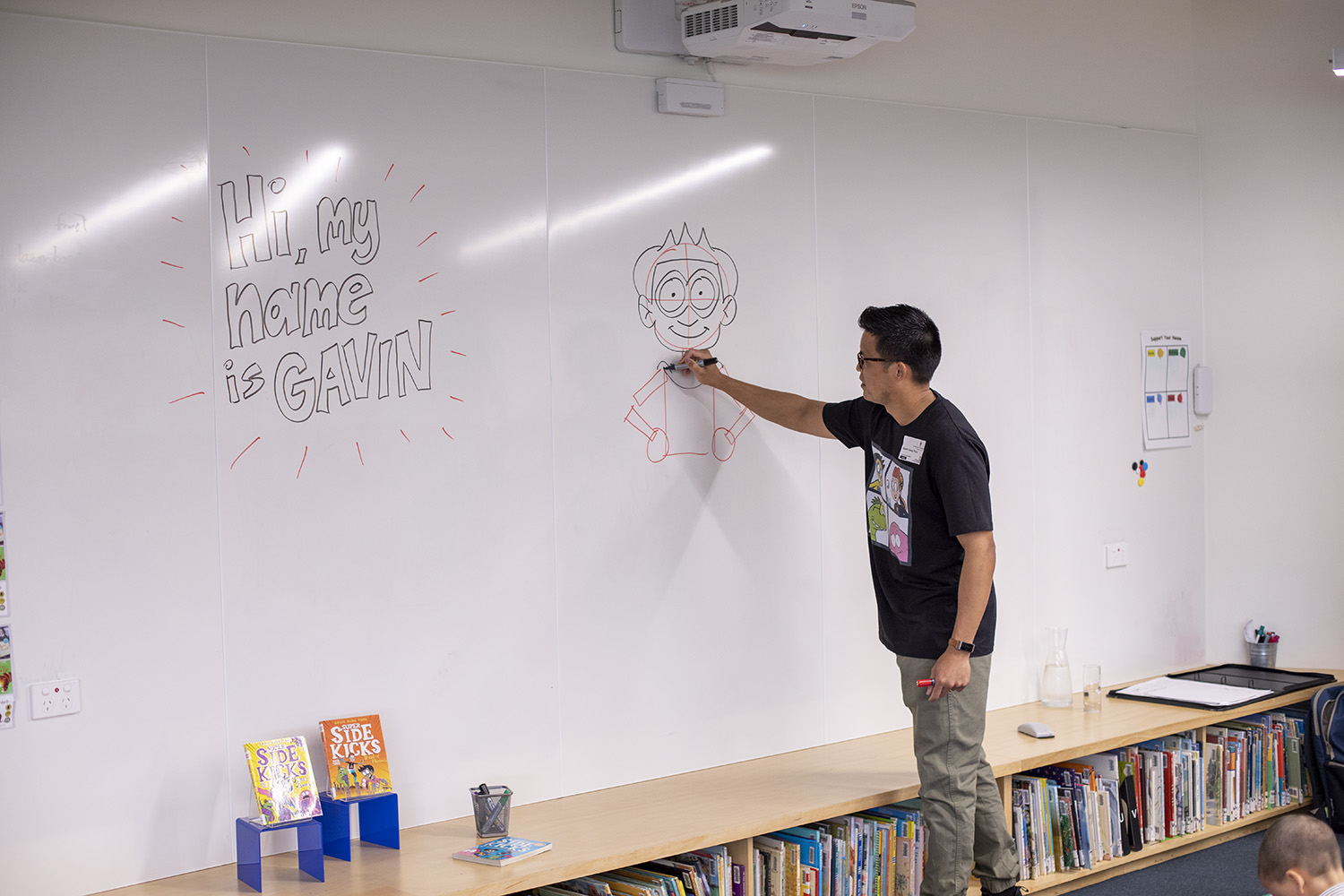 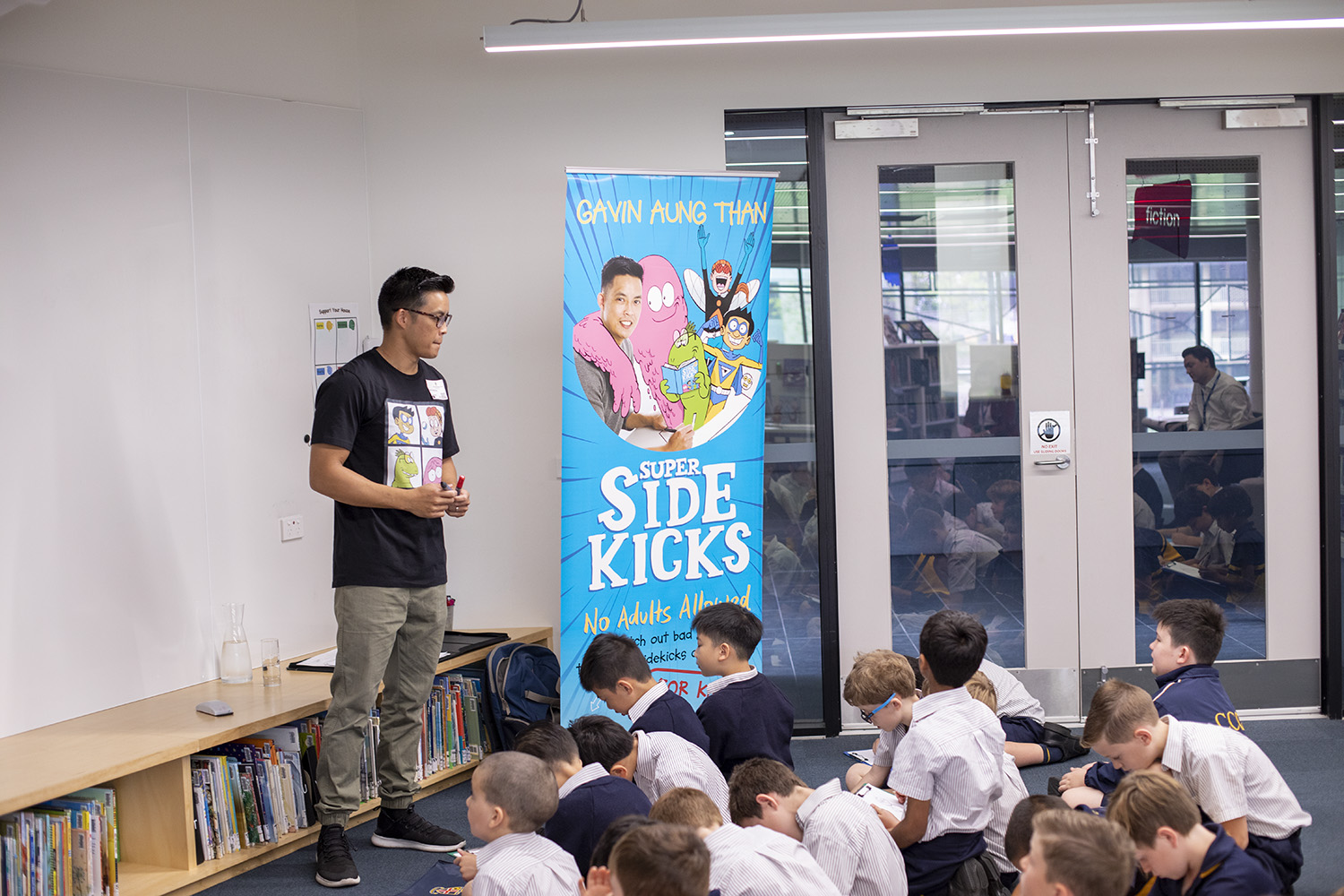 Author and illustrator Gavin Aung Than visited the Prep Library on Wednesday to speak the Years 3 and 4 boys about his Super Sidekicks series of children’s books and guide them through a lesson on how to draw some of his most recognisable cartoon characters.

Gavin Aung Than is a freelance cartoonist based in Perth, Australia. His webcomic Zen Pencils, a cartoon blog, has been featured by The Washington Post, The Huffington Post, and Slate, and was named one of the top 100 websites of 2013 by PC Mag. His first series for children, Super Sidekicks, grew out of Gavin’s long-time obsession with superheroes.

Gavin spoke to the students about the process of his books becoming published, including how he created the ideas for his books, wrote the stories and drew the illustrations. He also spoke about his process as an illustrator, how he draws his characters, first sketching rough shapes and then adding more details later.

The boys absolutely loved his presentation. They were avidly listening and drawing along with him, and were excited to ask questions about his art and work. The boys particularly enjoyed two volunteers being turned into super hero characters, which Gavin drew on the board. In year 3 we had Oliver Swann become a superhero with lightning shooting out of his belly button and Angus Peate become a super hero with fire shooting abilities. In Year 4, Omar Koning became ‘Omar Egg’ and Oscar Crage became ‘Oscar Ice’ with ice throwing abilities.

Teacher Librarian Sophie Smith spoke about Gavin’s visit, saying “It is important for our boys to hear from authors and illustrators like Gavin because it allows them to appreciate and understand the hard work that goes into creating a book. These experiences also allow the boys to tap into their creativity and learn new drawing skills. Author visits help our boys engage with books and become interested in reading.” 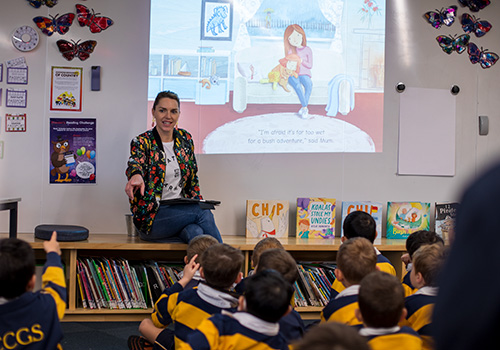 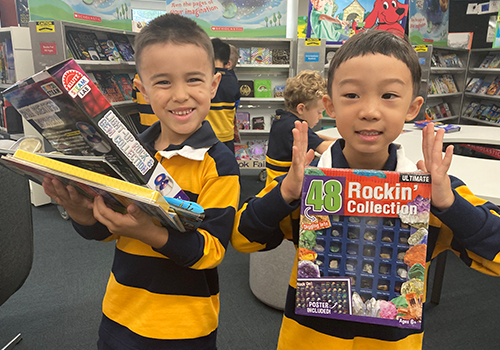 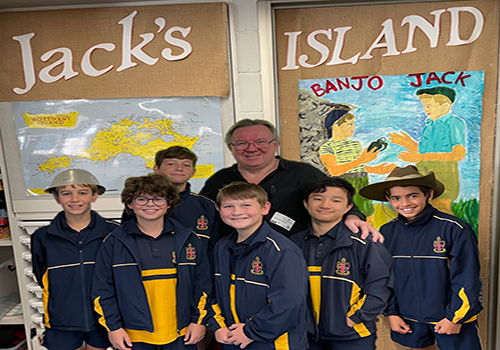 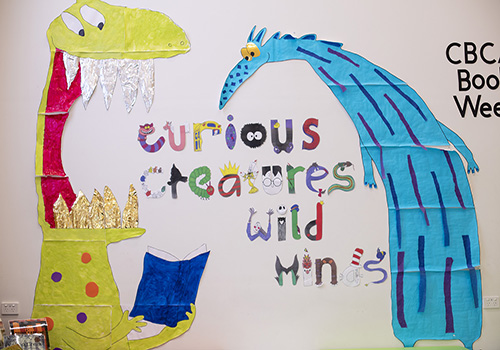