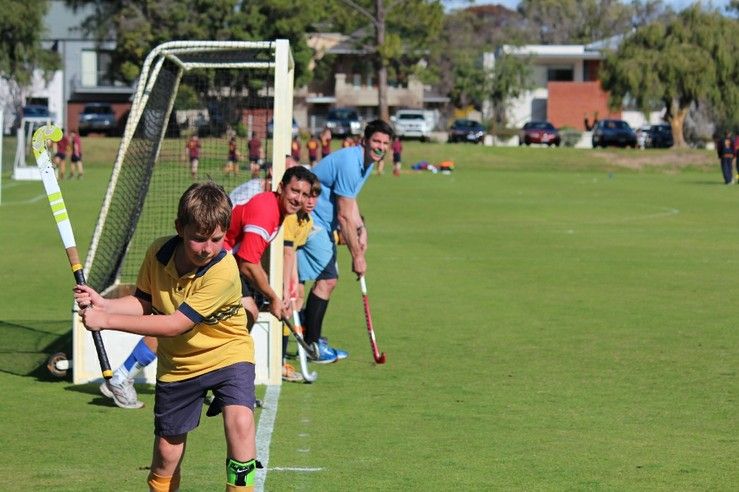 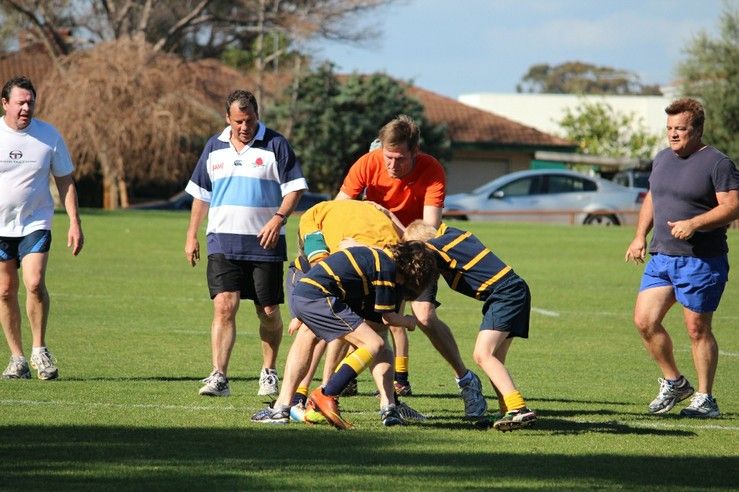 Years 5 and 6 boys had a chance to play alongside their dads, or significant males, as part of the annual Preparatory School Father-Son Games last week. More than 75 ‘big boys’ teamed up with Prep students in the name of good fun and a shared experience.

The event, played at Mt Claremont playing fields and McGillivray Oval, began as an AFL game between fathers and sons five years ago. Over the past two years it has grown to include rugby, hockey and soccer.

Preparatory School Sportsmaster Brady Leckie said this year, there were dads and significant others supporting boys across A, B and C grades. “We had a record number in soccer and enough players to field two football games,” Mr Leckie said.

Mr Leckie said the annual event was a great way of uniting dads and their sons in their love of the game. “It is a fantastic opportunity for them to get involved in the boys’ sport and to see our sports program in action,” he said.