Home » Fathers, friends and sons have a ball
News Categories 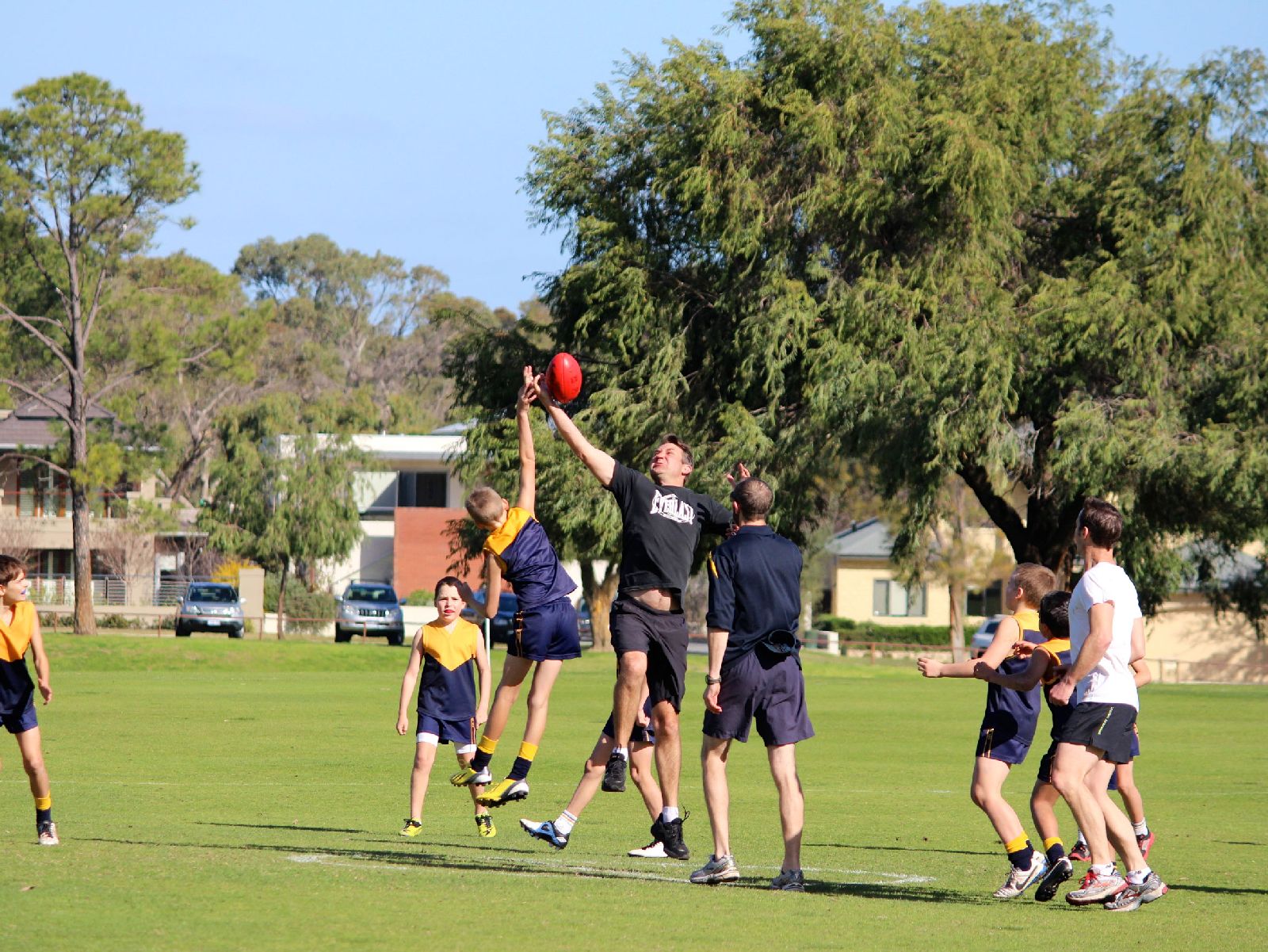 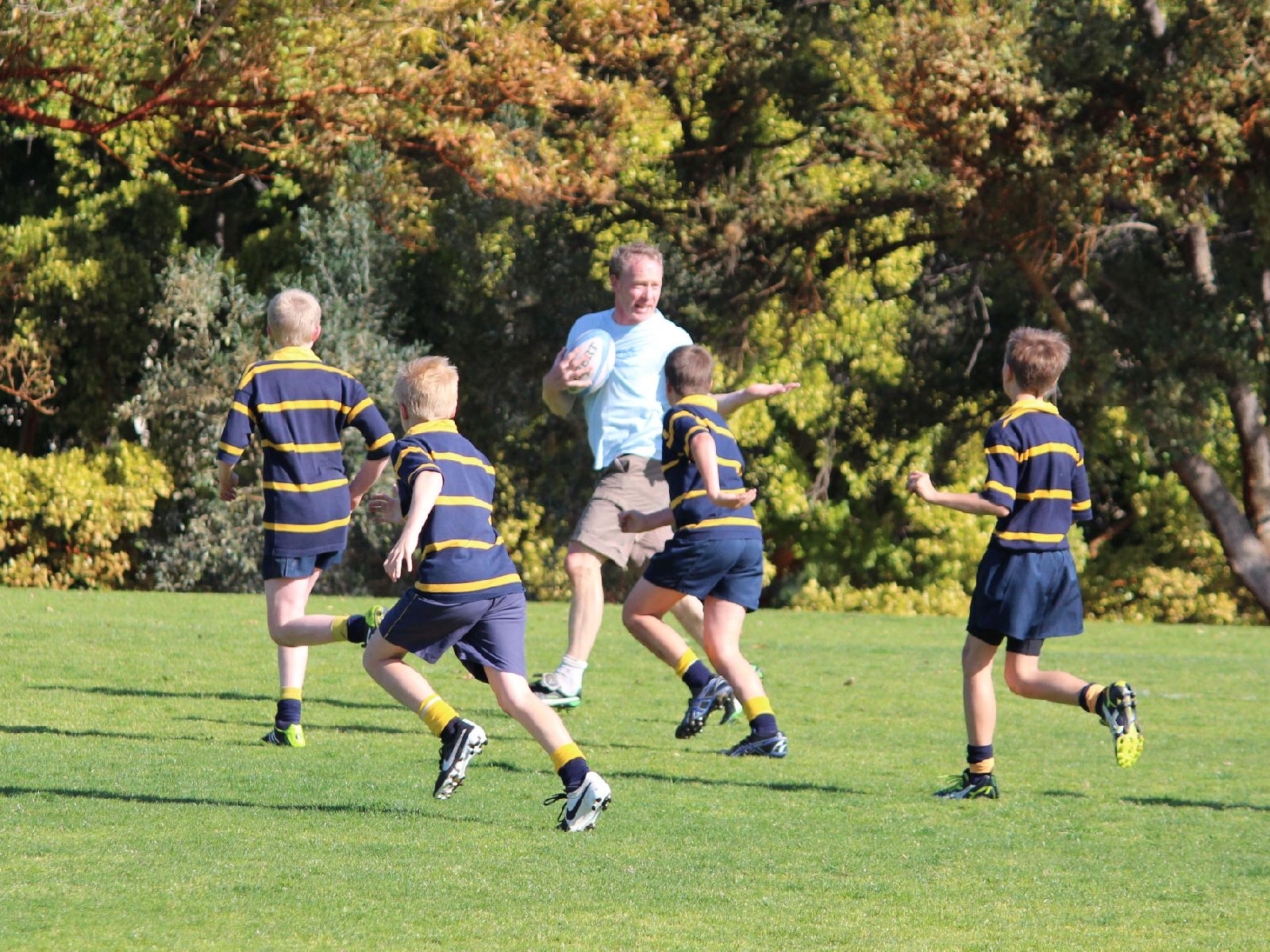 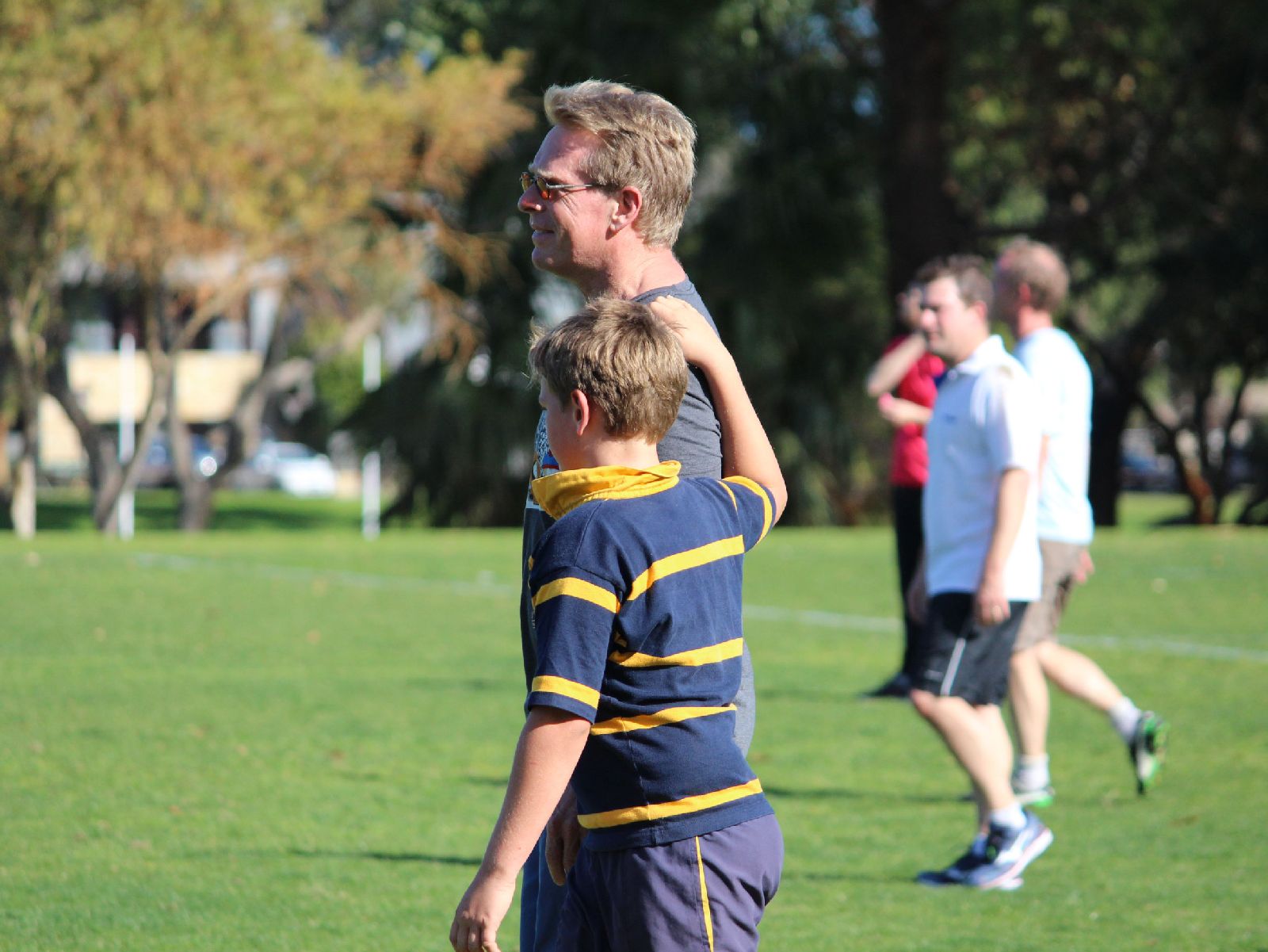 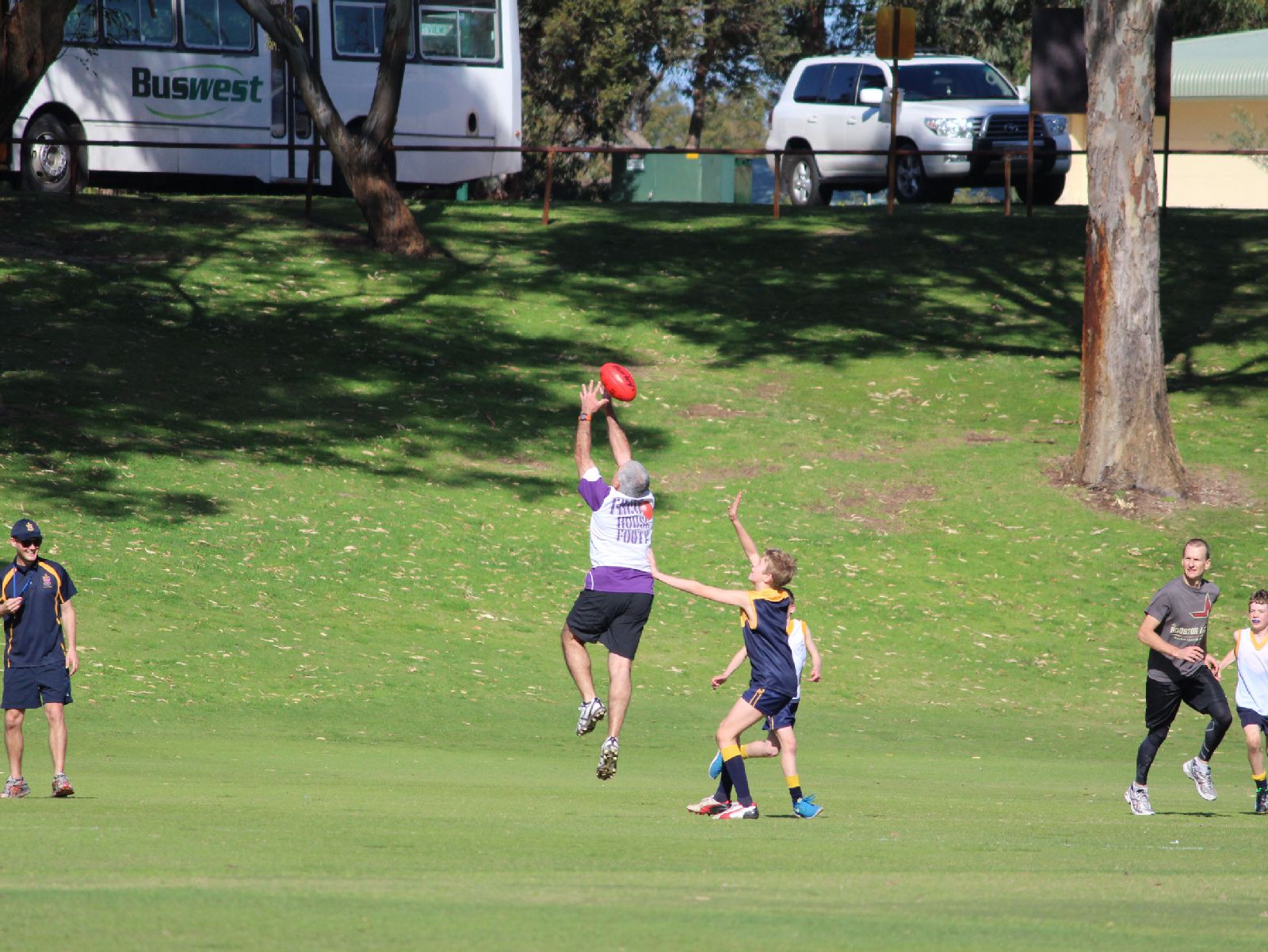 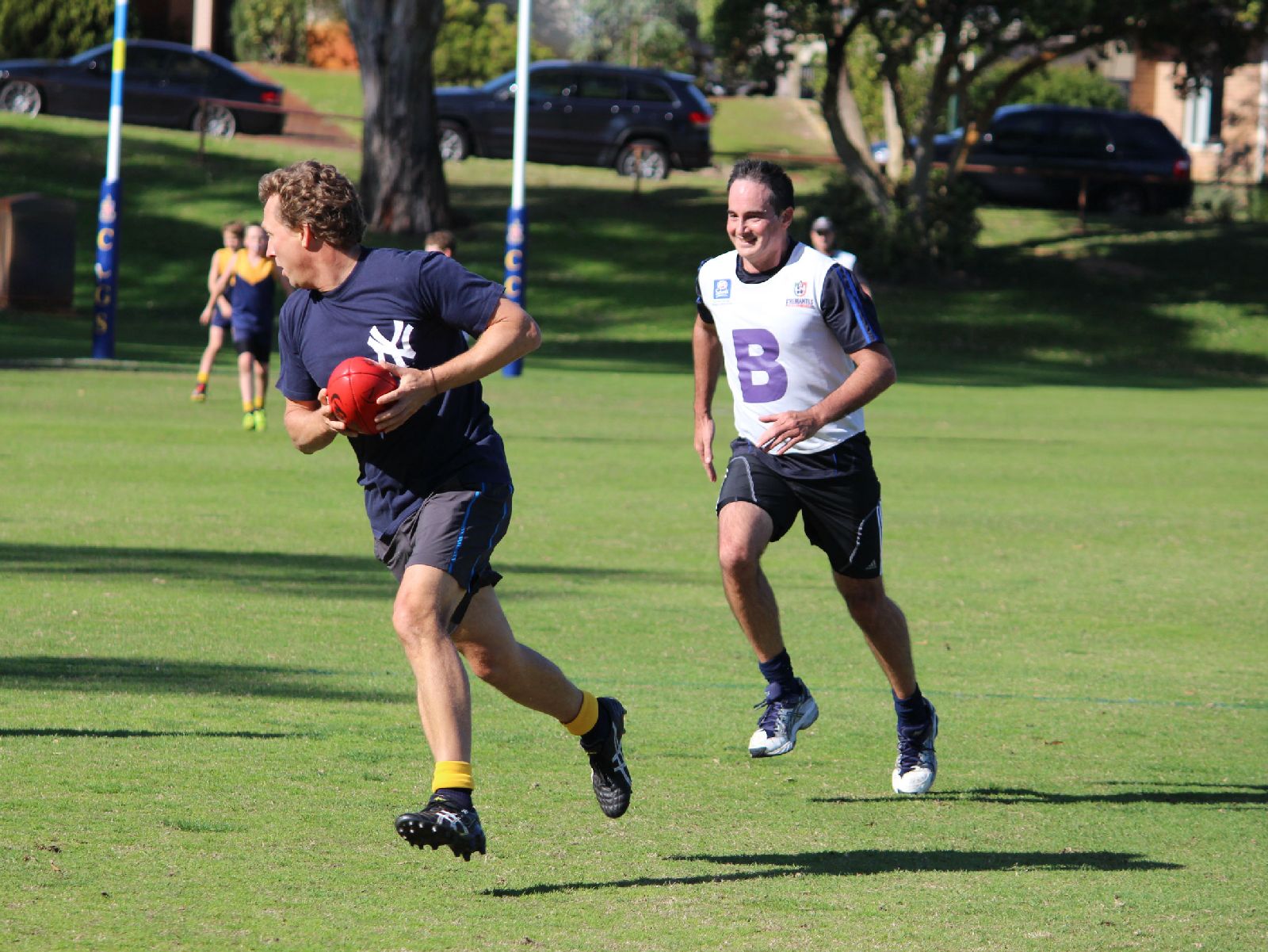 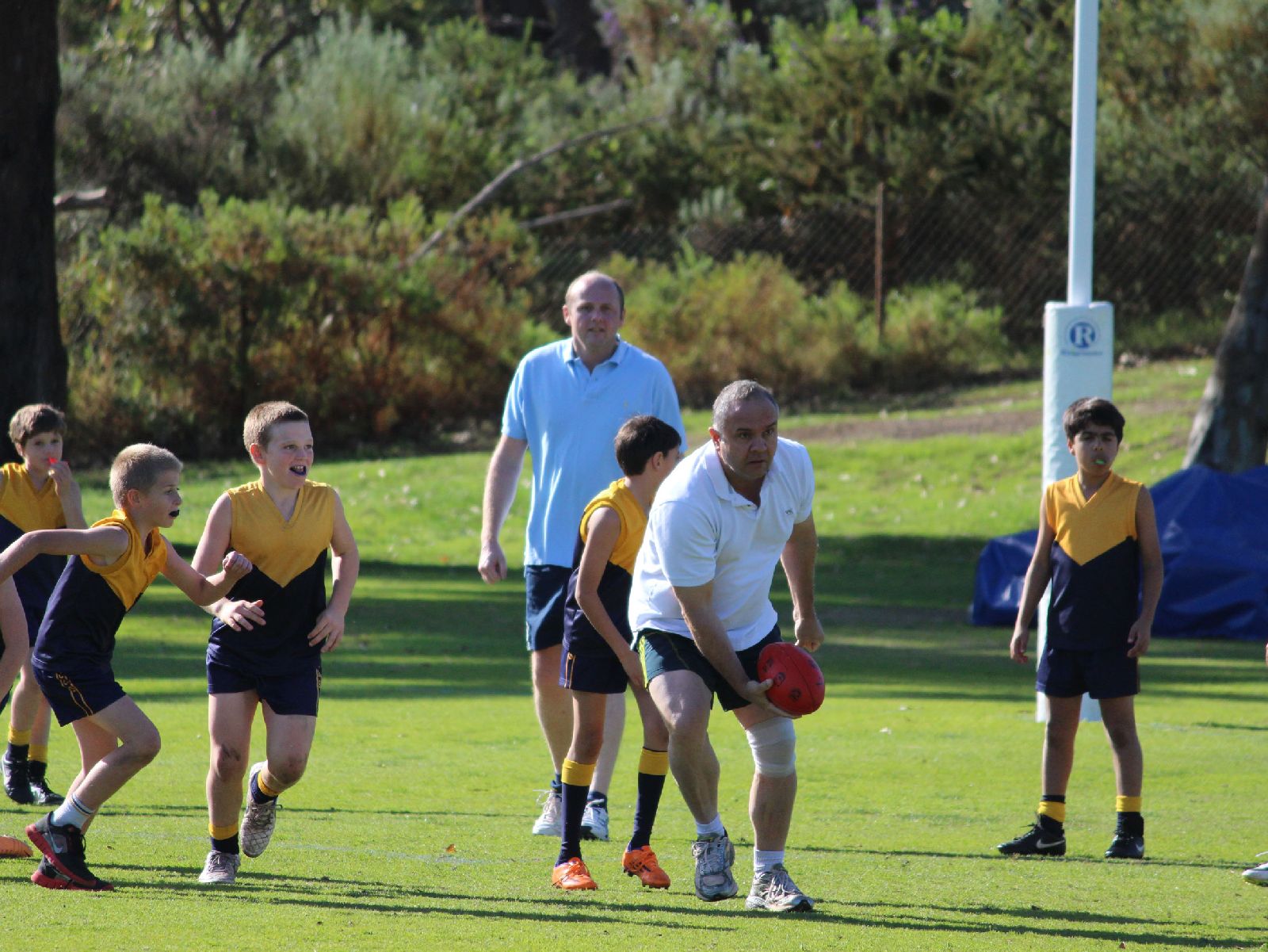 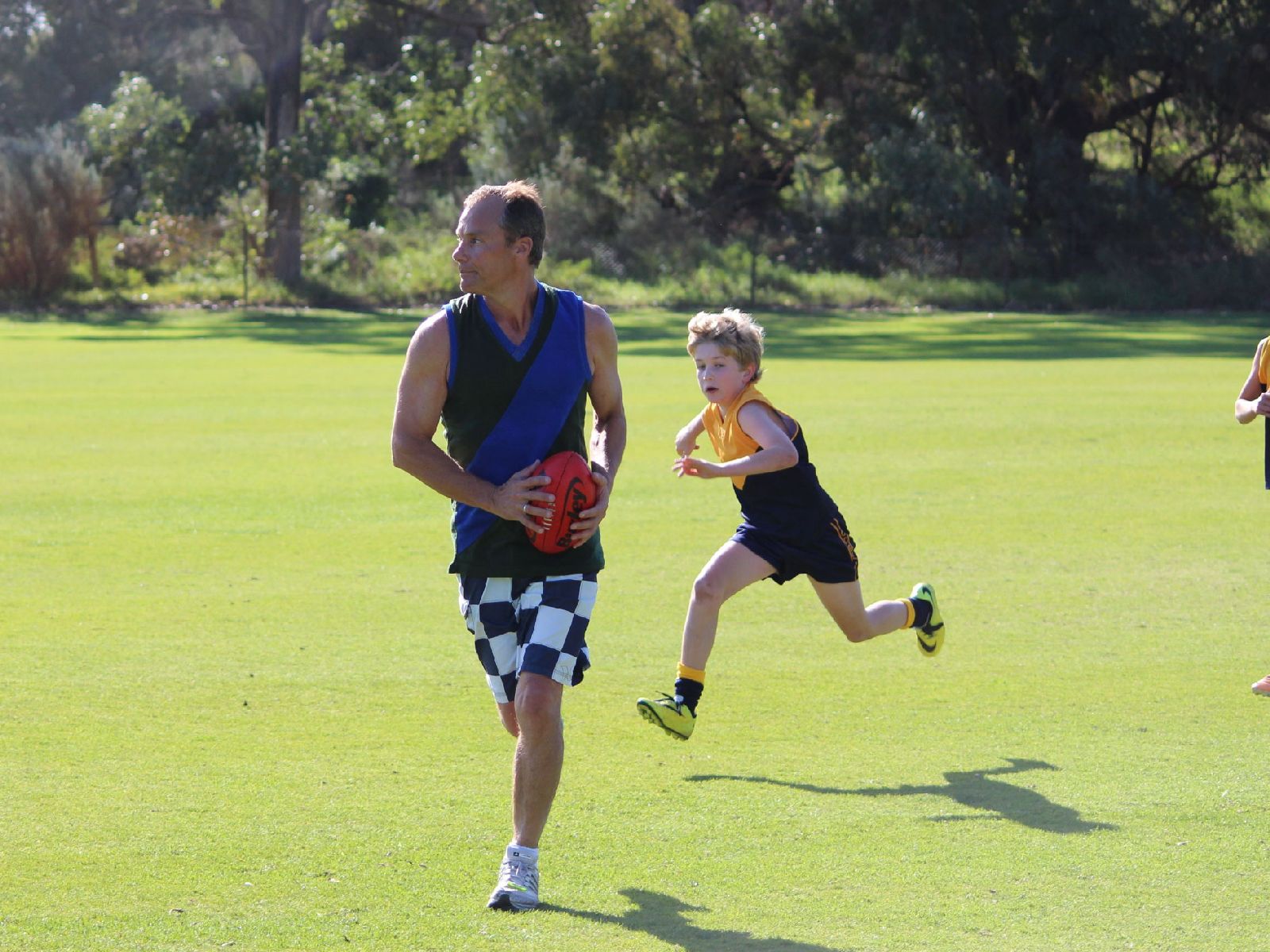 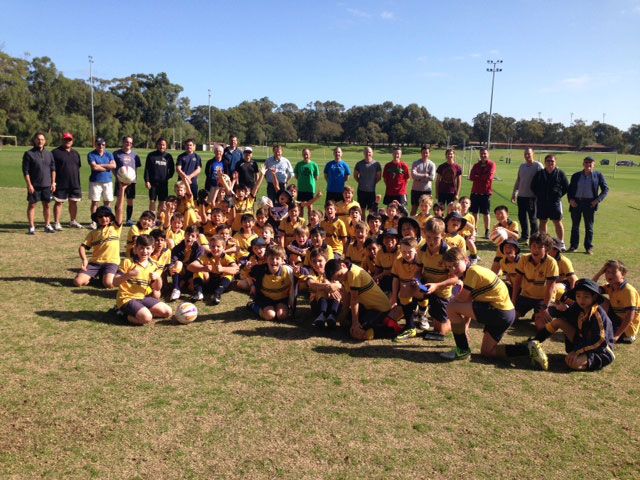 The weather could not have been better for the fourth annual Preparatory Father/Friend and Son Sports Matches held on Thursday afternoon. The popular event gives Years 5 and 6 boys a chance to play alongside their dads, or significant family members, in football, hockey, rugby and soccer.

The event, played at Mt Claremont Playing Fields and McGillivray Oval, began as an AFL game between fathers and sons six years ago. Over the past three years it has grown to include rugby, hockey and soccer.

Preparatory School Sportsmaster Brady Leckie said the annual event was a great way of uniting dads and their sons in their love of the game. “It seems to get bigger each year with some dads in their fourth consecutive year and very sad to be playing their last father/son fixture,” he said.

“It is a fantastic opportunity for them to get involved in the boys’ sport and to see our sports program in action,” he said.

Mr Leckie said this year, the footballers celebrated afterwards with a sausage sizzle. “There were dads talking about their legendary exploits and sons questioning them. Many dads were very thankful for the opportunity and thought next year we could provide massage tables to help them recover,” he said.