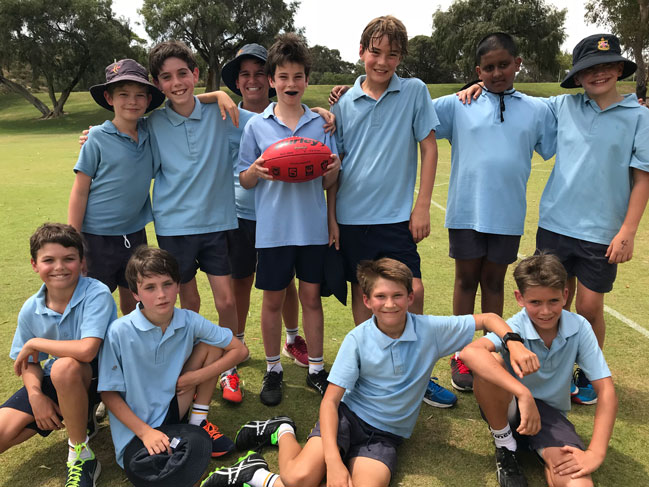 Over 350 boys from Years 3 to 6 enjoyed fun and friendly competition last week as they participated in the House Sports Day, earning points for their respective House in a selection of sports including soccer, basketball, cricket and football.

“Great sportsmanship was displayed by all boys on the day and special mention goes to the Giles football teams who were dominant and the Forrest basketball teams who did very well too,” says P to Year 3 Physical Education Teacher, Kim Morcom.

“We had 32 Year 9 helpers as coaches who were not only excellent, but acted as great role models. It was a very hot day so more breaks were given this year. The games were shortened but the boys didn’t seem to care, they were very enthusiastic about winning points for their House!”

The Years 3 to 6 House Sports Day is an annual fixture of the Sports Development program in our Preparatory School and is held across locations including St John’s Wood playing fields, Bendat Basketball Stadium, and the School’s Mount Claremont playing fields.

Final House points will be announced at the end of the year.