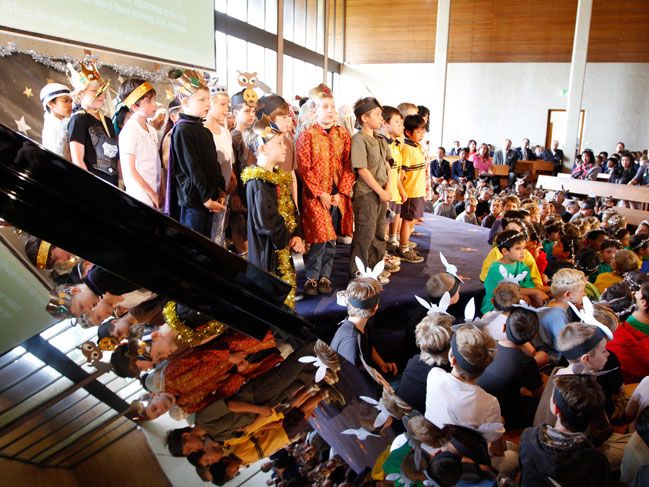 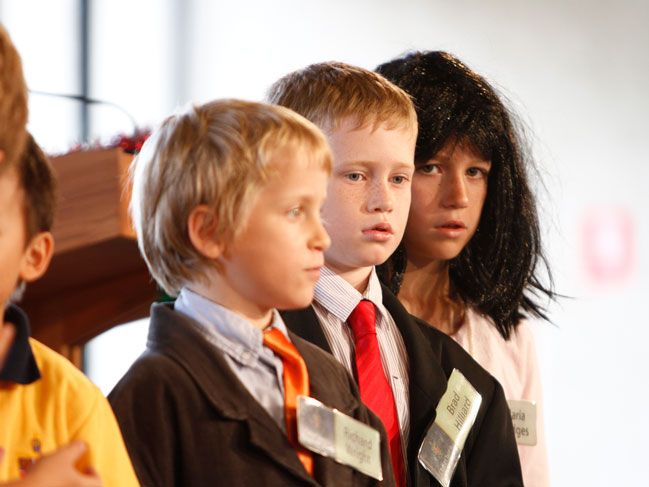 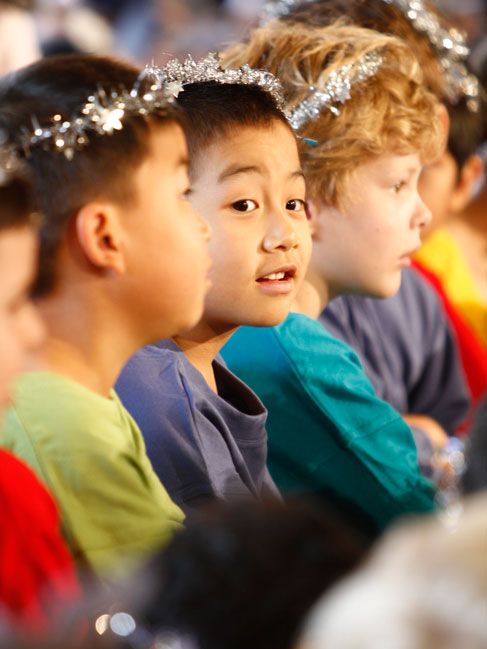 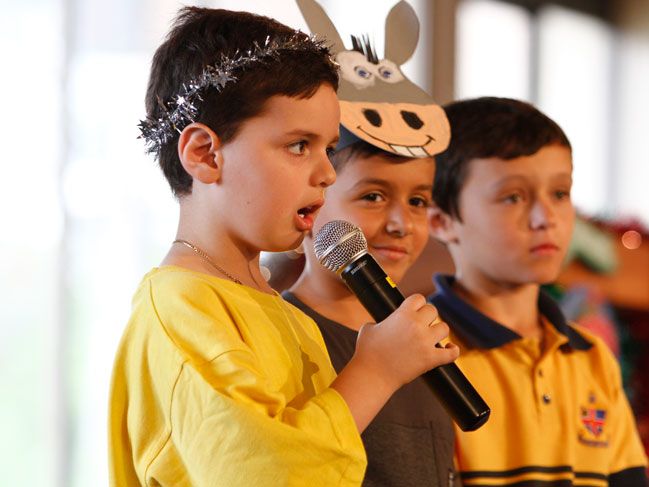 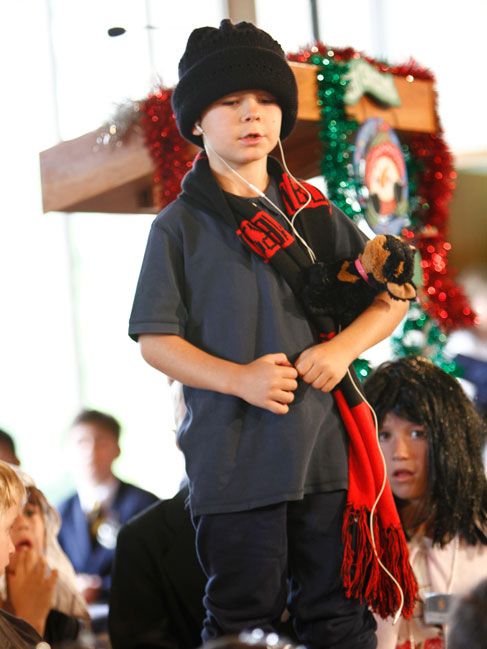 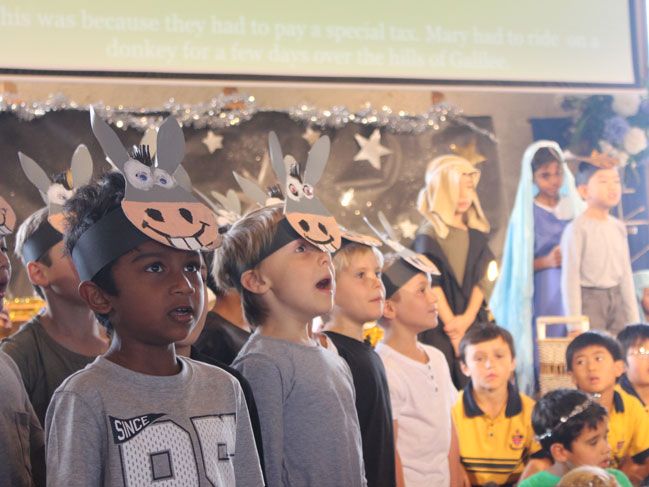 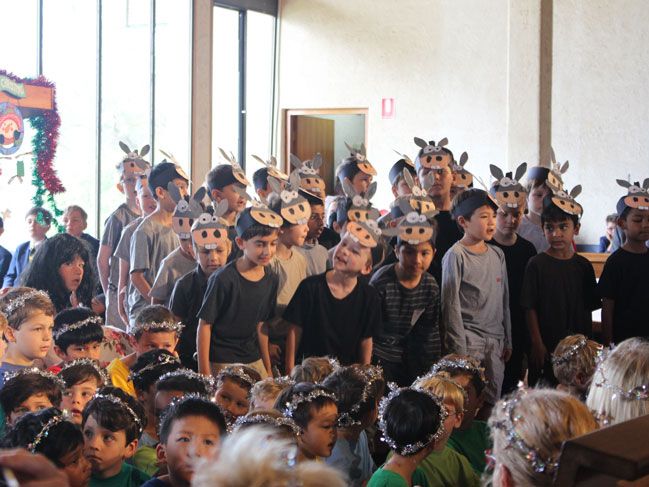 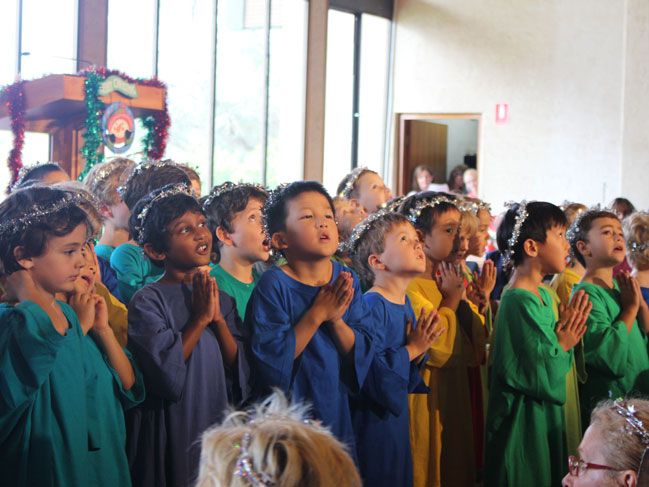 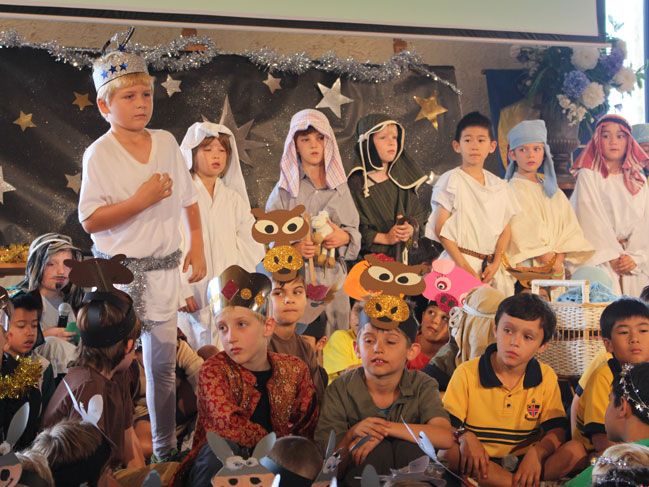 Year 2 Teacher Chantal Hockey, who created the play titled The Christmas Story, said she went for a more traditional story this year. The play opened with a group of Christ Church boys bragging about what gifts they were getting for Christmas. Overheard by Prep Administration staff, they decide to get Father Frank (complete with a small dog) to help the boys remember the true meaning of Christmas and the Christ Church Christmas spirit.

“Year 2 boys, who had been busily rehearsing lines over the past few weeks, narrated at different points of the story and classes sang songs,” Ms Hockey said.

Music Teacher Jasmine Jeffs had been teaching the Pre-Primary to Year 2 boys a selection of songs and movements from the start of term. The songs included a mix of traditional Christmas classics and contemporary nativity songs. “The boys sang with gusto and musical precision on the day and I was extremely proud of their efforts,” Ms Jeffs said.

“Special mention must go to Eli Zafiris (PPDC), Matthew Bennett (1GC), Isa Yusoff (2HJ) and Jeremiah Wang (2HJ) for performing a beautiful rendition of Twinkle Twinkle on the day, which left not a dry eye in the house!”

Ms Hockey thanked Educational Assistant Kerry Maddern, who made animal masks, angel halos and the PowerPoint presentation; assistants Tina Dewberry and Sally McMillan who helped make the Year 1 donkey masks and Pre-Primary staff, for getting their boys dressed up and ready to sing.

The nativity play was the first event in the School’s annual program of Christmas celebrations. On Wednesday night, School Chaplain Canon Frank Sheehan welcomed the School community to the Advent Carol Service in the Chapel.

Father Frank led the congregation through the service with the help of the Christ Church Music Department. The congregation sang traditional carols with special contributions from the Music Staff Choir, Senior Choir, Community Choir, Yahoos and a brass ensemble. Canon Richard Pengelley gave the homily in one of his last roles as Assistant Chaplain at the School.

Father Frank also invites the School community to Christmas Eve services including the annual Frank Sheehan Nativity Play, which he said is created for the amusement and edification of families. This will be held at 10.00am on Christmas Eve. A Christmas communion service will also be held at 8.00pm.

Some photographs courtesy of Pete Dickson