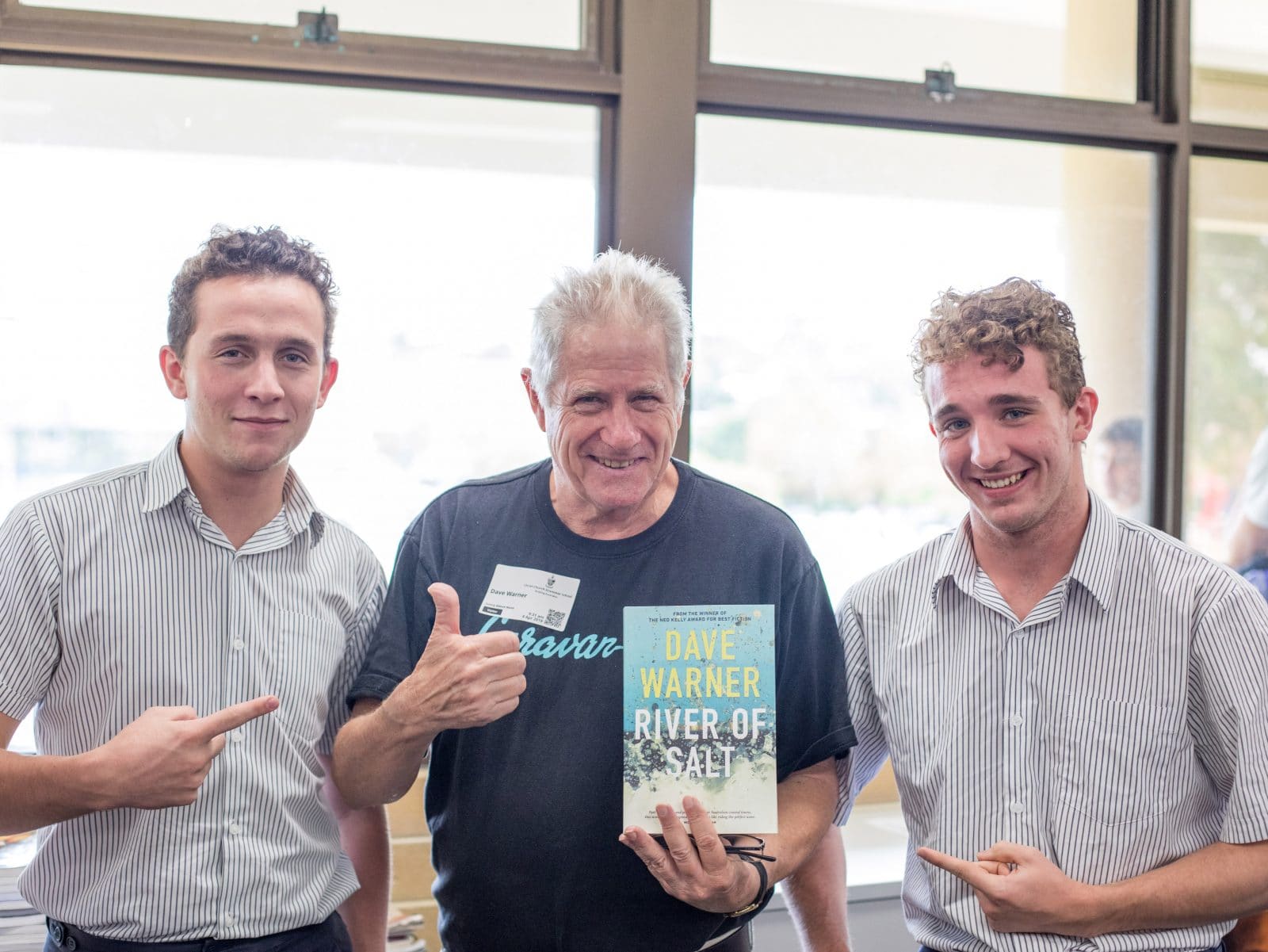 Australian rock musician, author and screenwriter Dave Warner was at Christ Church recently, sharing insights with our Year 12 English students on his music and writing techniques.

Organised by the School’s Centre for Ethics, Dave discussed the concept of ‘connecting people to place’ and several of his own works including City of Light, Footy’s Hall of Shame and Big Bad Blood.

“He discussed how his novel characters had to have a voice distinct to a place, and how a 1970s cop in Perth for example would speak differently to a 1970s cop in New York.”

“We also got to hear about his works including an unreleased poem about his first game of football.”

“It was a fantastic visit with great engagement from all boys in attendance,” says English Teacher, Ms Margi Shipley.

“The insights he imparted will prove useful to the boys as they undertake the composition section of their English course, and ultimately their exams later in the year.”

Warner has written both fiction and non-fiction with the novel, River of Salt, being his latest publication.