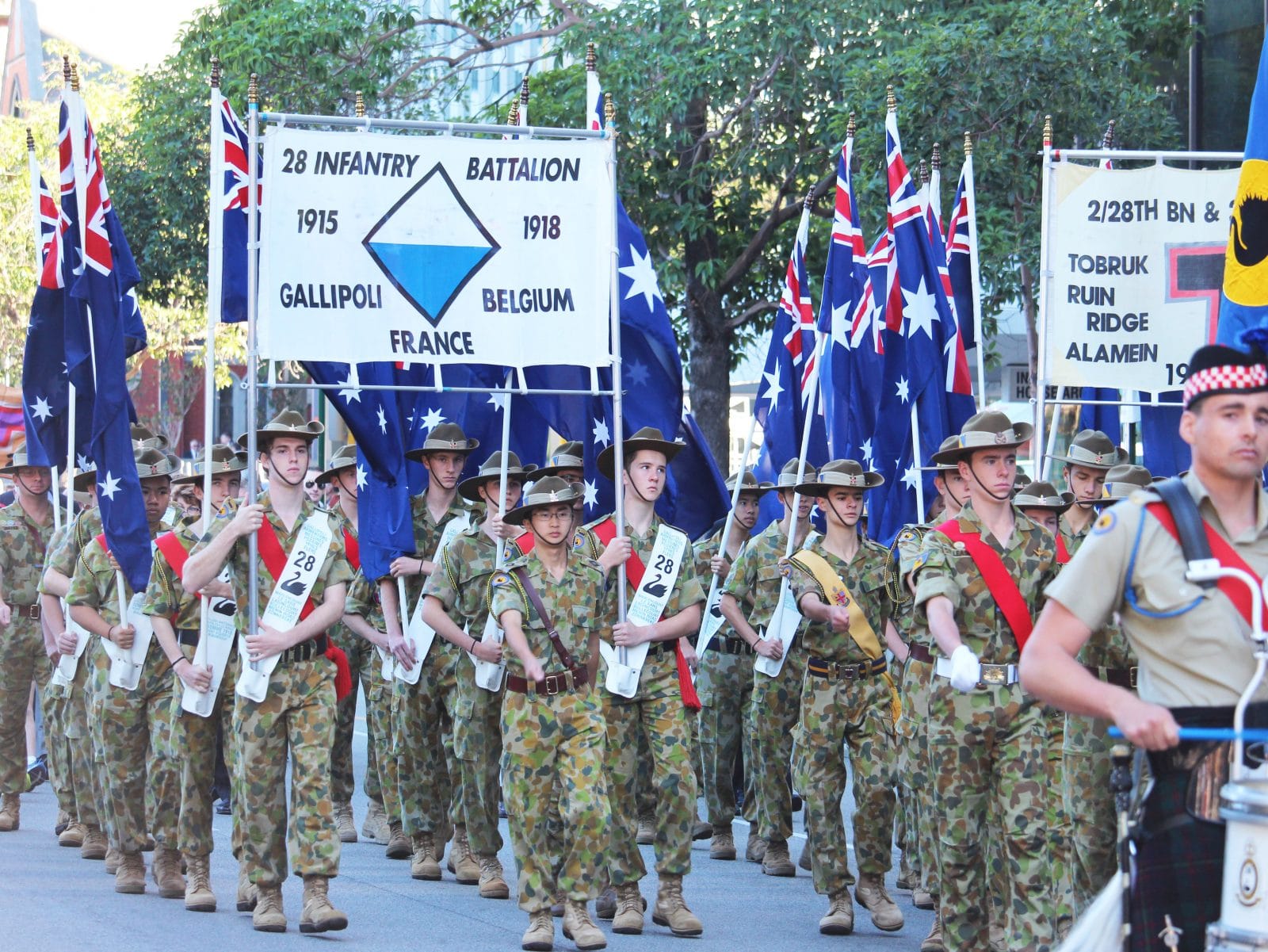 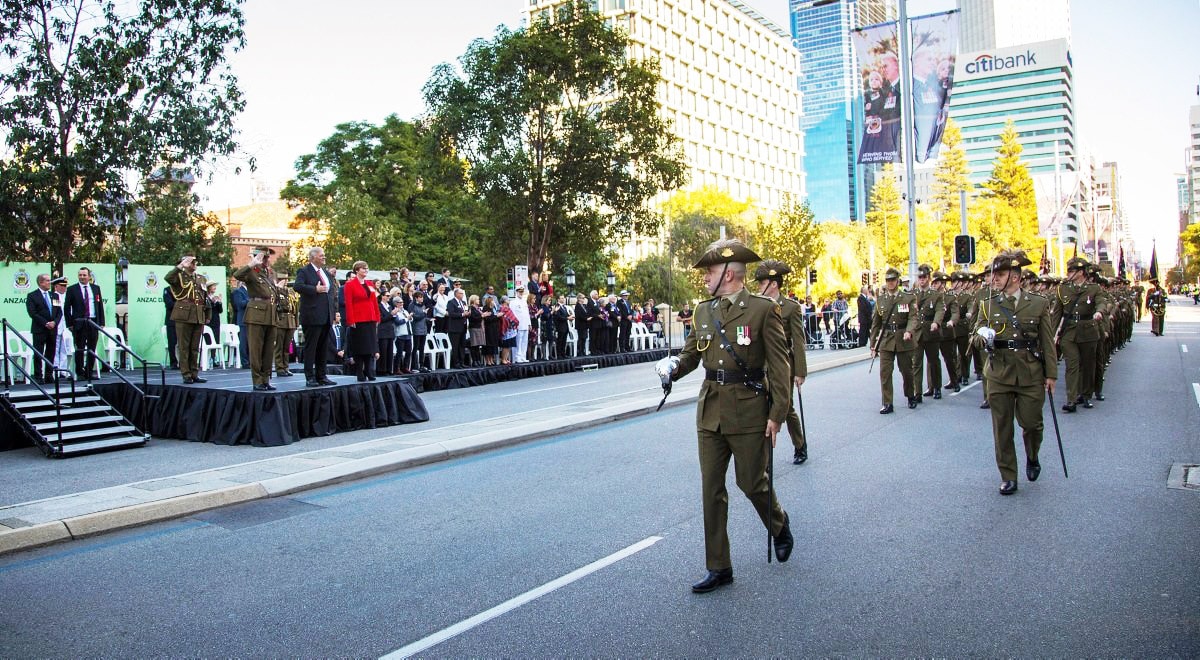 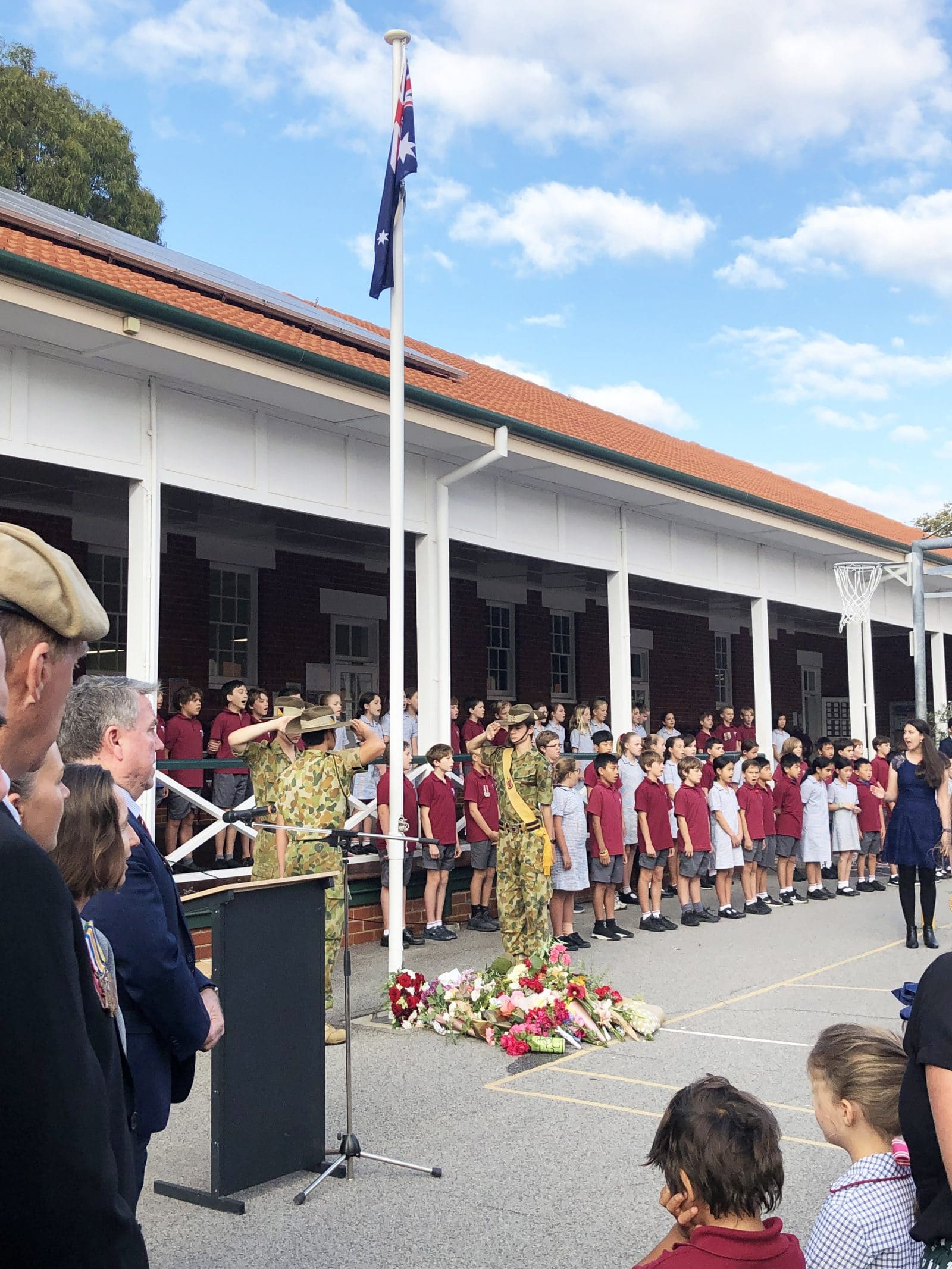 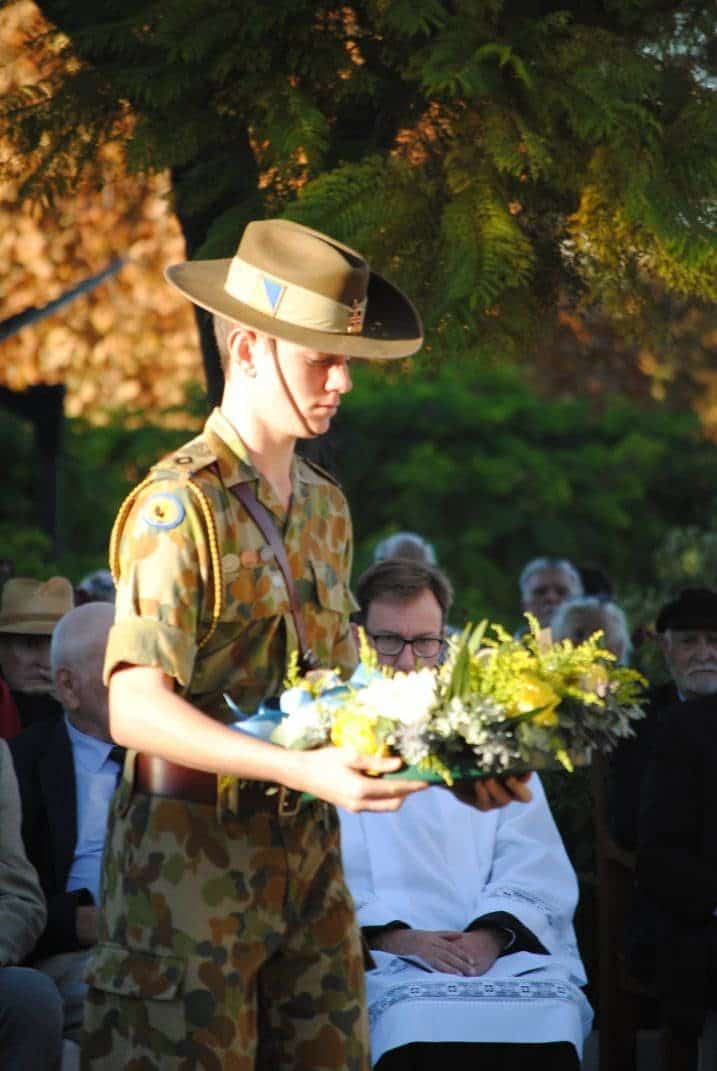 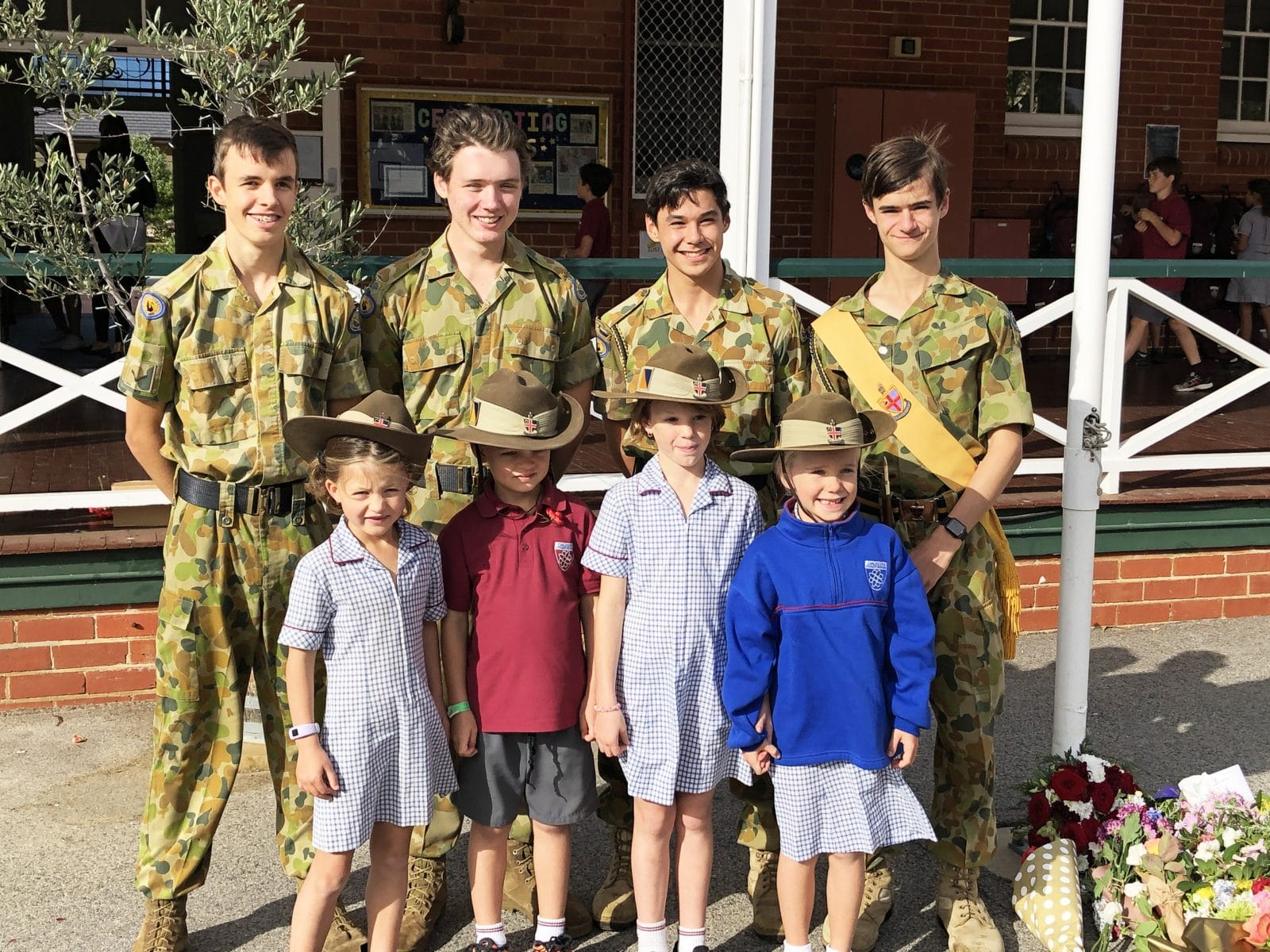 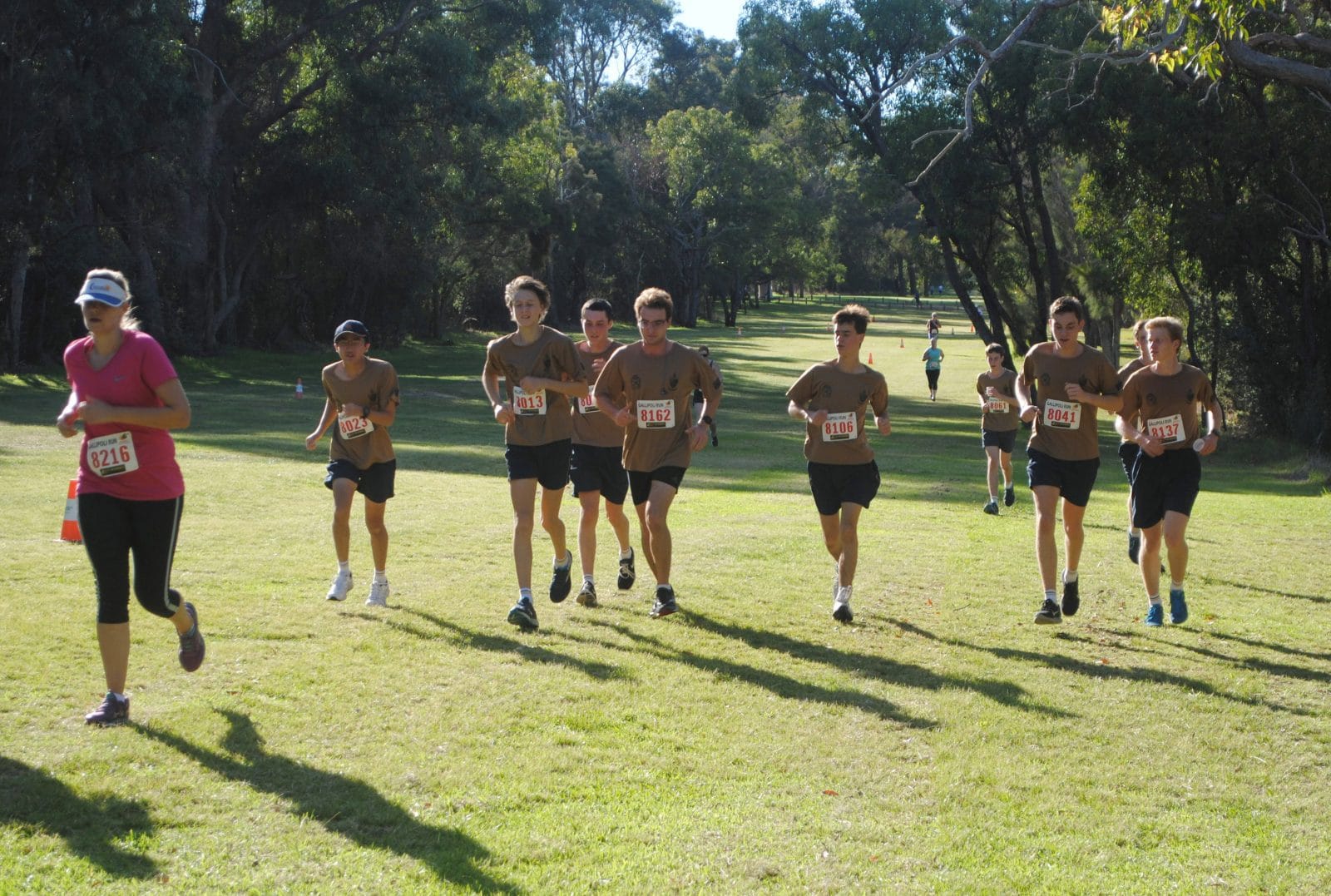 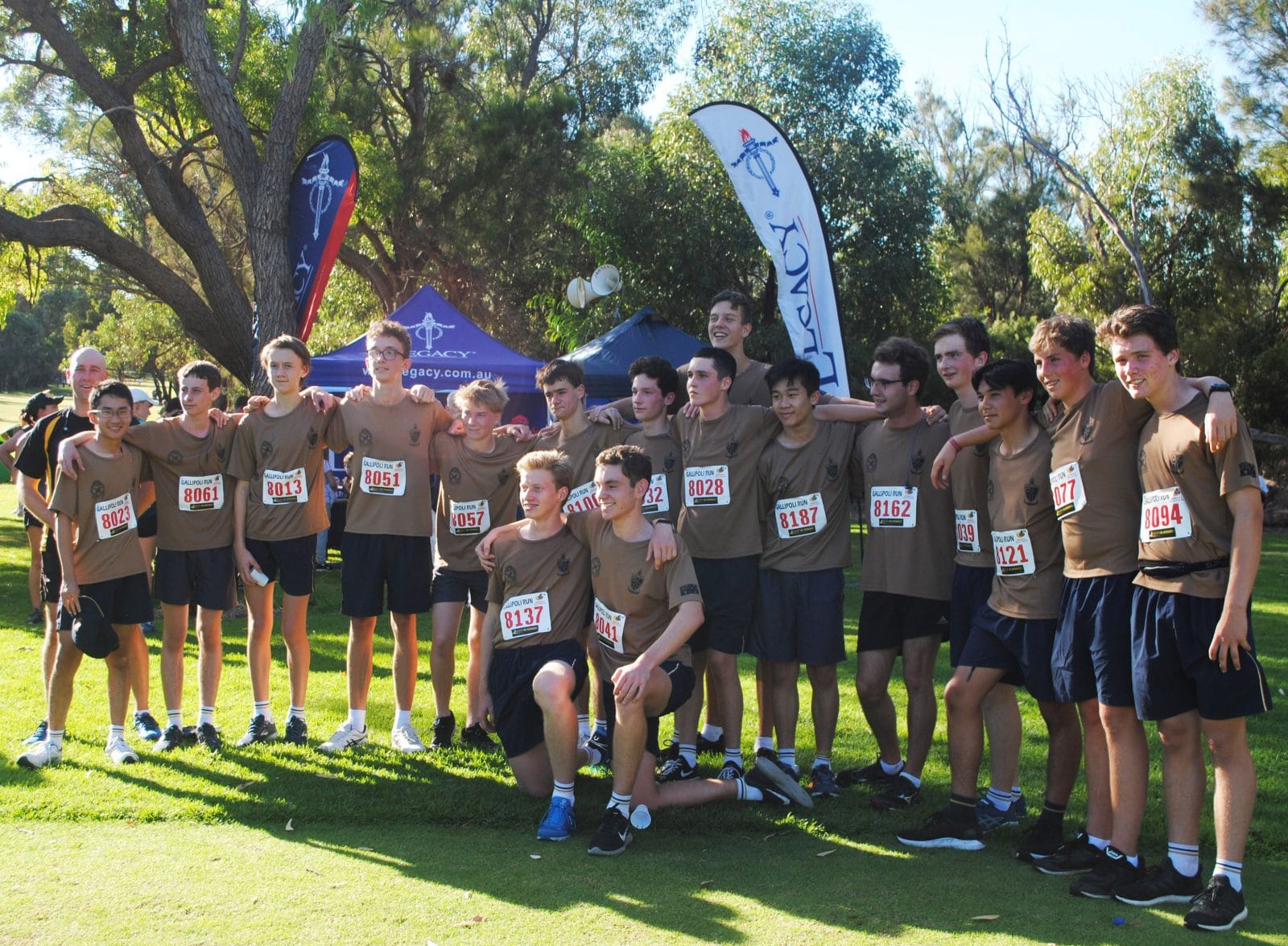 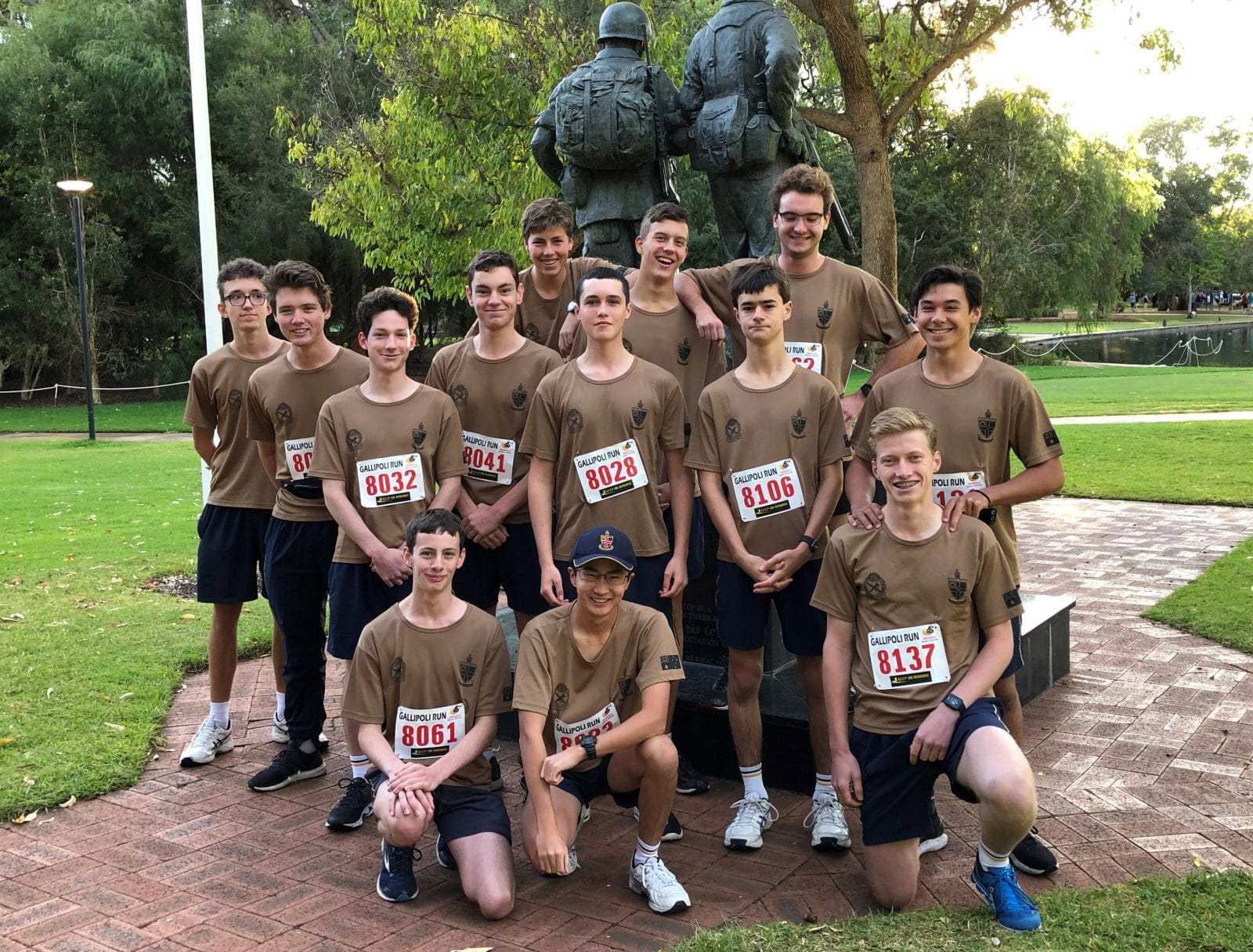 There has been a fantastic sense of community spirit prior to and during the April holidays with the School’s Army Cadet Unit (ACU) supporting a number of services in our local community.

On ANZAC Day, CUO Edward Elias laid a wreath on behalf of the School at the Town of Claremont‘s ANZAC dawn service. Later that morning, 24 Army Cadets joined thousands of people gathered in Perth’s CBD to honour past and present service men and women at the annual ANZAC Day parade.

“It’s an incredible feeling to be marching in front of a quarter of a million people to the drums and pipes, representing not just the School and the unit, but the veterans of the Australian Army,” said CDTWO2 Nicholas Patrikeos.

“For the recruits, the parade was a successful culmination of the drill and ceremonial training they had received as part of their induction.”

Seventeen Army Cadets also participated in Sunday’s 2019 Gallipoli Run at Kings Park, a family-oriented event. The boys ran the 8km course and gained sponsorship for completing the run, with proceeds going to Legacy.

Over the break, CDTCPL McGrath joined the Premier’s ANZAC Student Tour in Vietnam to help mark the 50th Anniversary of the Battle of Binh Bah.

CDTCPL McGrath commented, “Being on the Premier’s ANZAC Student Tour was a really rewarding and exciting experience. Having the opportunity to be a youth ambassador for the state at the ANZAC service in Hanoi as well as learning about the Vietnam war and Australian war history has been a once in a lifetime experience.”

“Being selected was a huge surprise and I’m extremely grateful for having had this opportunity.”