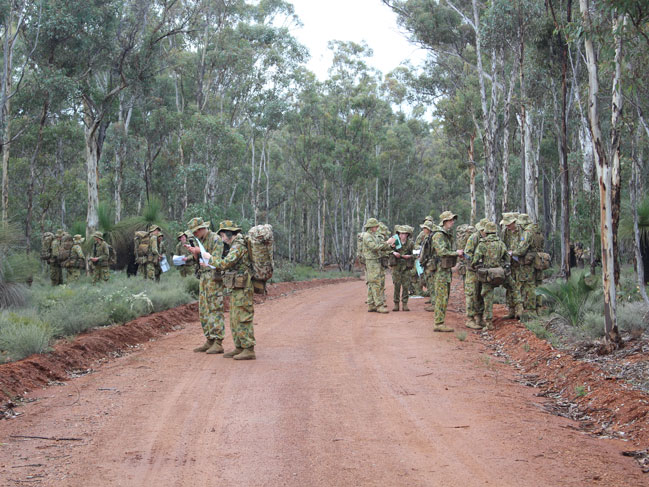 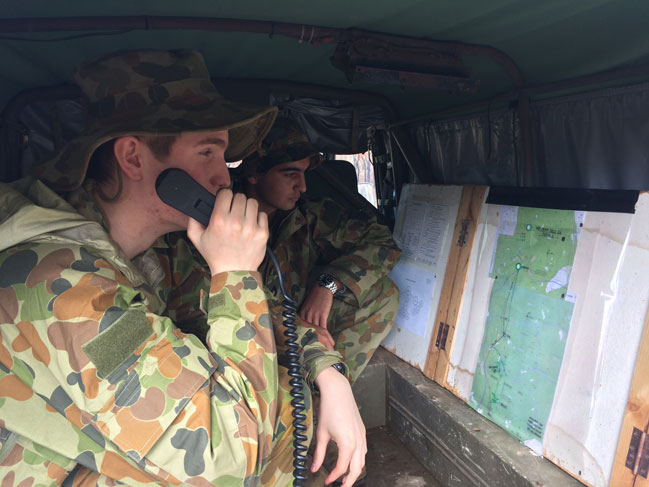 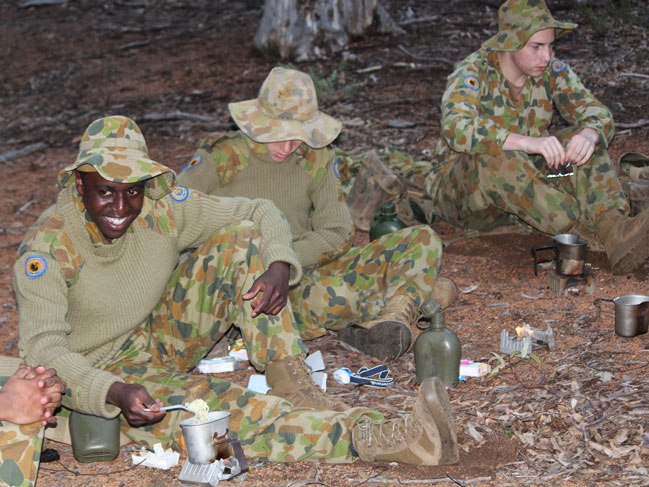 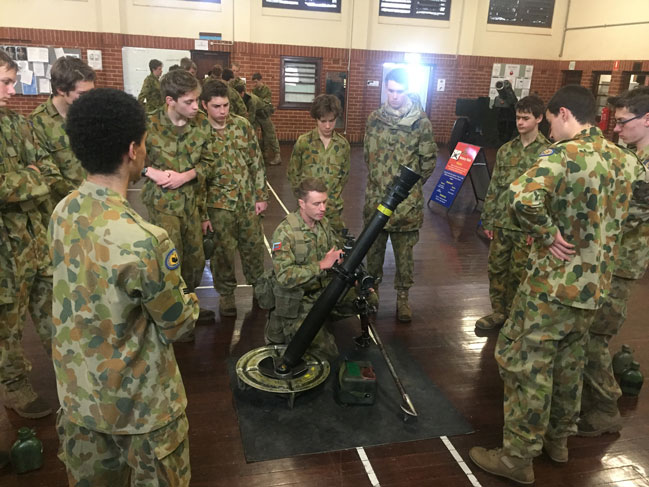 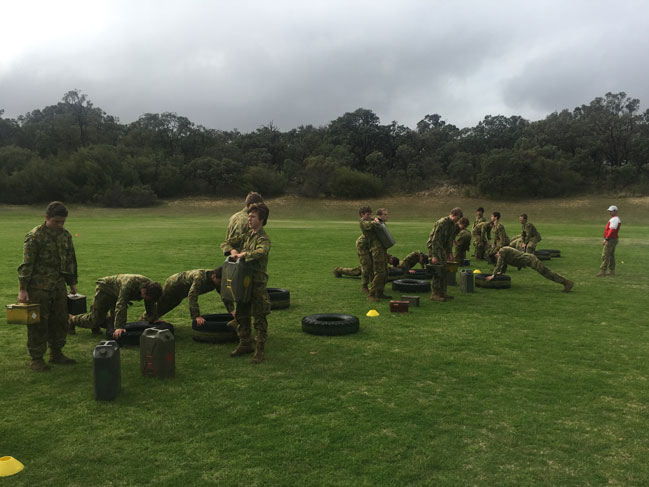 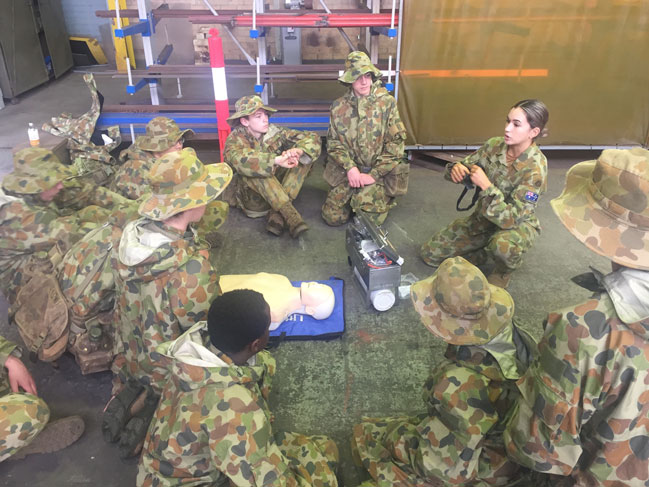 Between 12 to 14 August our Army Cadet Unit (ACU) were deployed to Bindoon Military Training Area to carry out their Term 3 field exercise. The exercise provided cadets with the opportunity to reinforce useful skills in fieldcraft, navigation and teamwork.

Upon arrival to Bindoon the cadets erected shelters, ensuring protection against the incoming bout of wet weather and taking into account the incline of the land, the direction of incoming winds and digging sufficient drainage around their hootchies. That evening, the cadets prepared for their navigation exercise by preparing navigation data sheets. Concurrently, six senior cadets conducted a night navigation exercise with army officer cadets from the Western Australian University Regiment (WAUR) utilising night fighting equipment.

Following an early knock off, the cadets awoke the next morning at 0600 ready for the hard march ahead. The day consisted of a 15km navigation exercise including nine different legs, two of which were conducted as pairs before they married up as four man bricks, then in eight man sections, and ultimately platoons towards the end. During intervals, the cadets also conducted various activities such as casualty evacuation and a close target reconnaissance on a village. A severe weather warning meant the boys were not only able to sleep indoors that evening, but also enjoy a BBQ dinner, movie and snacks to mark the conclusion of a successful day.

On final day, the boys were bused off to Irwin Barracks where they visited 13 Combat Service Support Battalion and 3rd Light Battery. The boys learnt how to set up a mortar, were given the opportunity to see various army vehicles, and put their fitness to the test in a personal training session run by army physical training instructors.

“The cadets completed the course without error and I was very impressed with the accuracy of their navigation in poor visibility. In addition, WAUR staff completed F88 AUSTEYR weapon training for those boys who missed our training day last month,” says Co-ordinator of Army Cadets, Captain Duane Nurse.

“Overall, the weekend was a success with the boys demonstrating their navigation skills after a week of theory, gaining battle fitness, and having exposure to the local brigade.”

Our Army Cadet Unit now prepare to back up last year’s success on the annual field exercise being held in September. The unit wish to thank 3rd Light Battery, 13 Combat Service Support Battalion and the Western Australia University Regiment for their support. 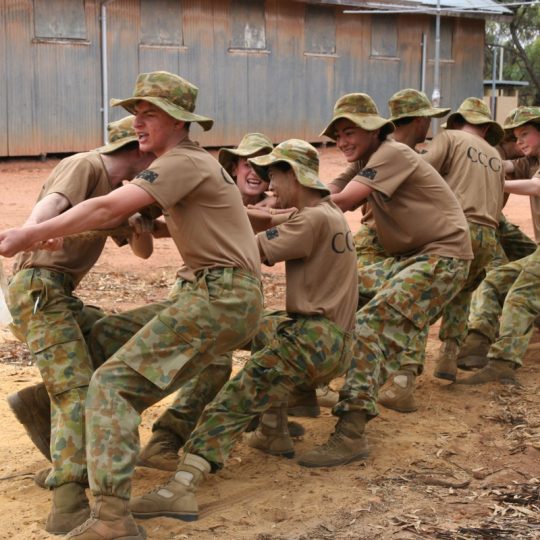