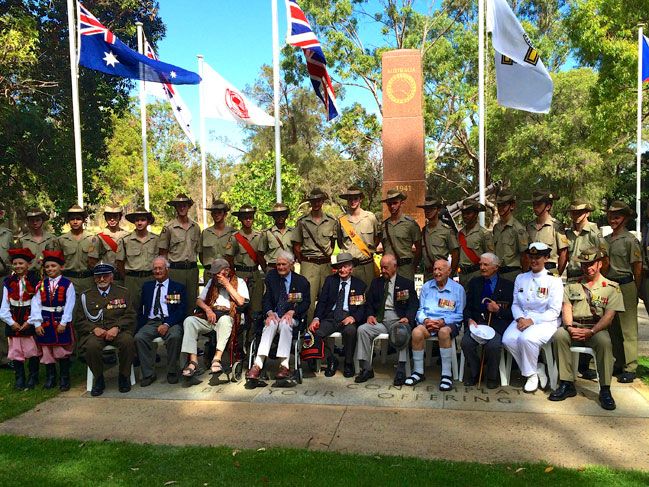 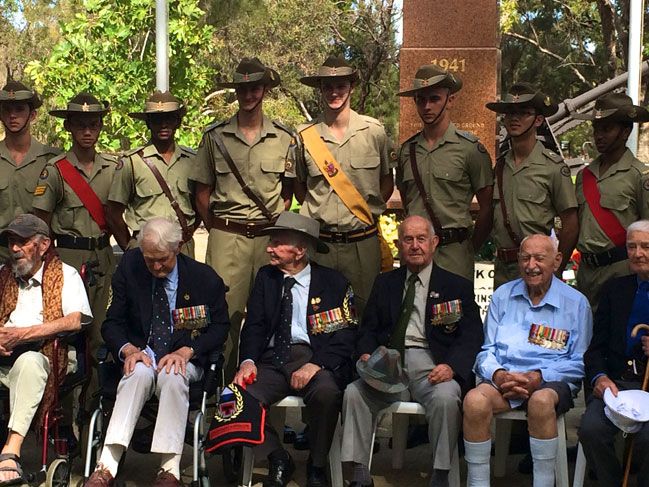 One of Australia’s most renowned World War II veteran associations, the Rats of Tobruk, held their annual memorial service in Kings Park on Sunday. As custodians of the memorial, 17 Christ Church Army Cadets supported the event – providing a guard of honour for the seven remaining servicemen.

Co-ordinator of Army Cadets Duane Nurse said the term ‘rats’ was derived from ill-directed German propaganda and worn with pride by the Allied recipients of the name. Captain Nurse said all cadets presented to a very high standard in their ceremonial uniforms and their drill was impeccable.

The Officer Commanding, Captain (AAC) Conrad Scott, was the master of ceremonies for the event with the cadets providing a guard of honour under direction of the Company Sergeant Major Lachlan Webster.

Cadet Under Officer Dewammina Gammanpila gave a well-received oration, which highlighted the challenges the Rats faced, their feats of arms and enduring legacy.

The Christ Church Cadet Unit took on the role as custodians of the Rats of Tobruk Memorial in Kings Park 13 years ago.