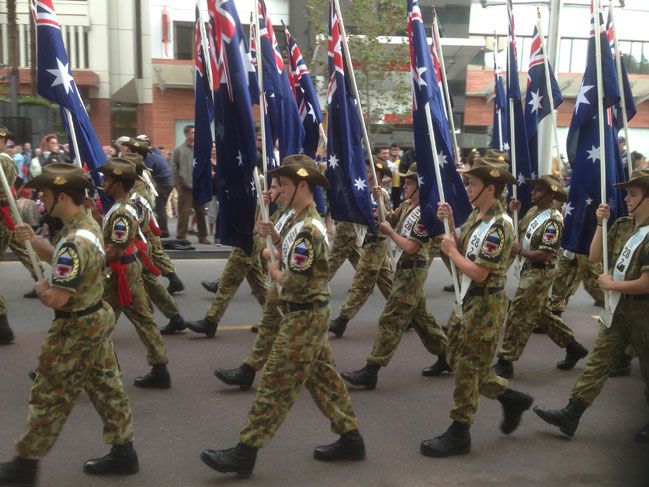 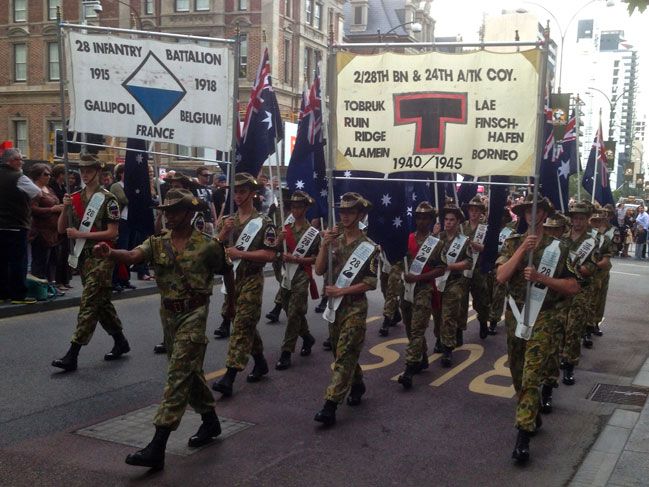 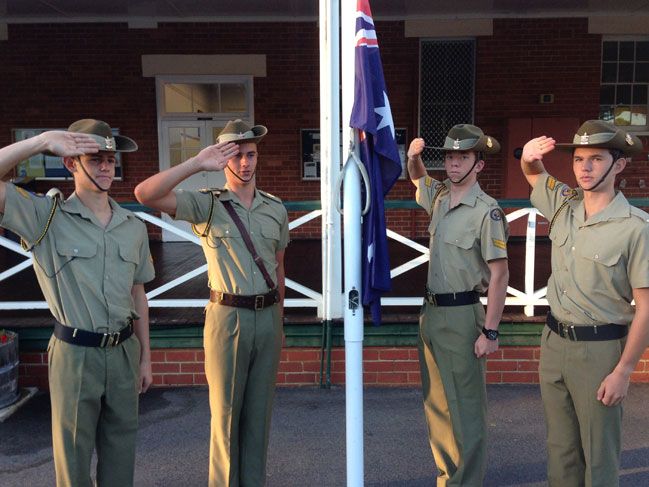 On Anzac Day, marking the 99th year of Anzac services, 30 Christ Church cadets marched under the banners of the 28th Battalion, 2/28th Battalion and the 24th Anti-tank Company. The cadets, under the guidance of Lt Digby Gibson and former Co-ordinator of Army Cadets WO1 Mick O’Sullivan, marched in conjunction with the Cadet Brigade pipes and drums.

Captain Nurse said the 2/28th Battalion and the 24th Anti-tank Company were affiliated with the Rats of Tobruk Association, the memorial of which the cadet unit is custodian. “The cadets presented to a very high standard and maintained step throughout the march whilst carrying flags, which is an achievement in itself,” he said.

“The numbers involved for this voluntary event in the school holidays reflects very well on our current cohort, particularly for the high number of Year 10 cadets. It was their first Anzac Day march through the city and was thoroughly enjoyed by all.”