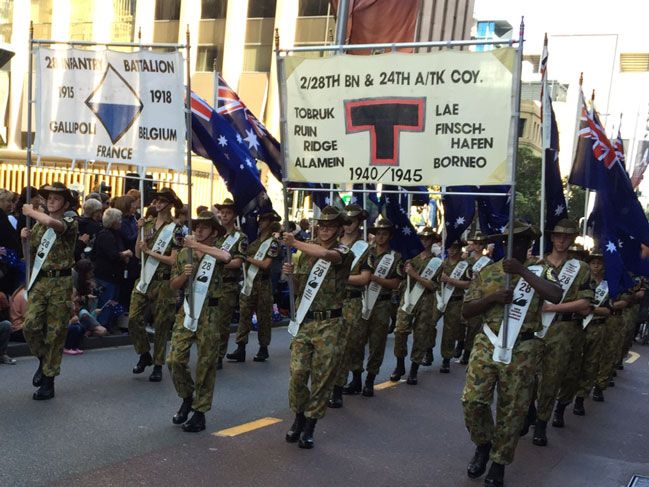 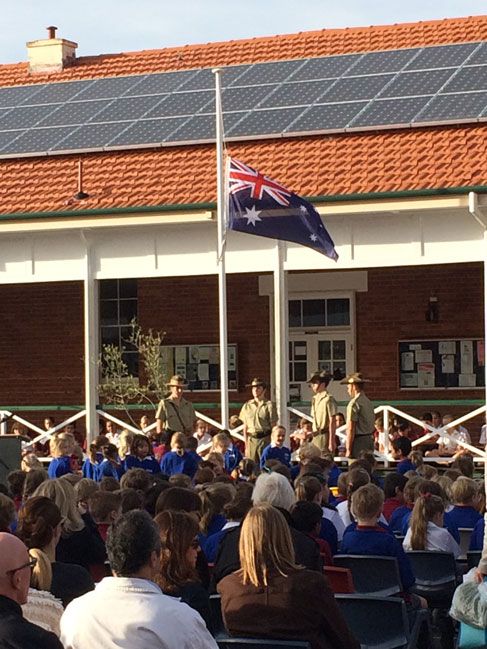 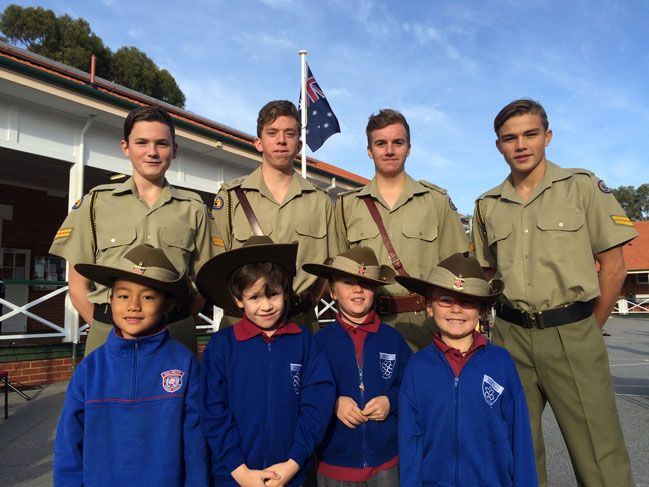 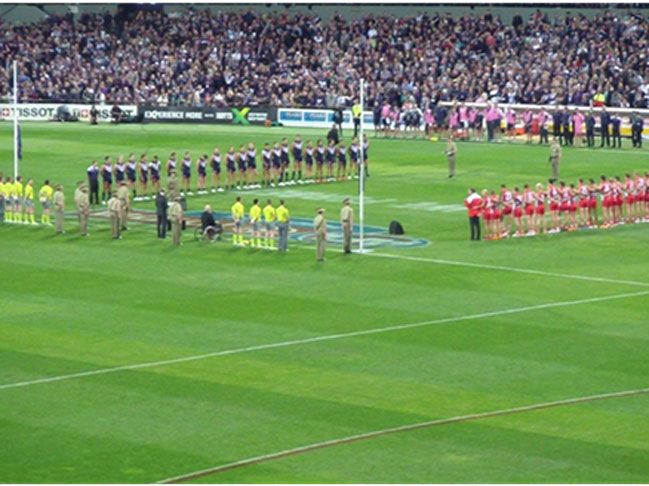 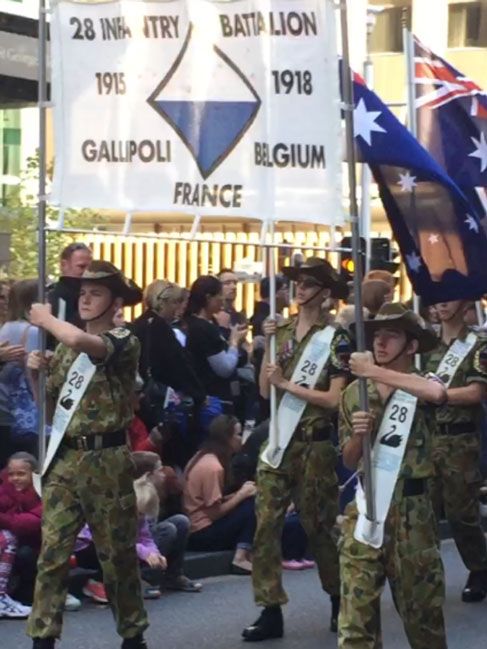 The Christ Church Cadet Unit continued its support of local services and veterans in commemorating Anzac Day over the long weekend.

On Anzac Day, 43 cadets supported the march through the city, bearing banners for the 28th Battalion Association. The CCGSCU Adjutant, CUO Gareth Shanthikumar, was honoured to be selected to lead the Australian Army Cadets contingent.

The cadets said marching in front of a huge crowd was exciting and great fun.

“It was a once in a lifetime experience to be a part of the march in celebration of the 100 year anniversary of the Gallipoli landing. It was an amazing experience to march among all the veterans, I was honoured to carry a flag for our fellow Anzacs,” commented CDT Adam DiTullio.

“The significance of the Anzac legend to Australia was evident in every face as we marched down St George’s Terrace. The young men of the CCGSCU represented the 28th and 2/28th Battalions and 24th Anti-Tank Company to an excellent standard, and we felt honoured to be a part of such a milestone in our history,” said CSM, CDTWO2 Cameron Criddle.

According to CUO Bain, “The roar from the crowd and shimmering of lights overwhelmed me as I marched onto the ground. To see so many people cheer and support the memory of the Anzacs made me proud to be a part of cadets.”

The Army Cadet Unit at Christ Church offers boys an opportunity to explore their full potential, develop confidence, self-discipline and learn a wide variety of skills.