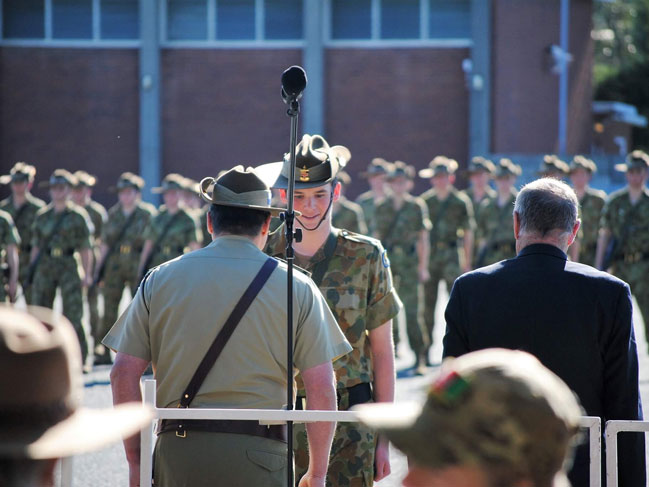 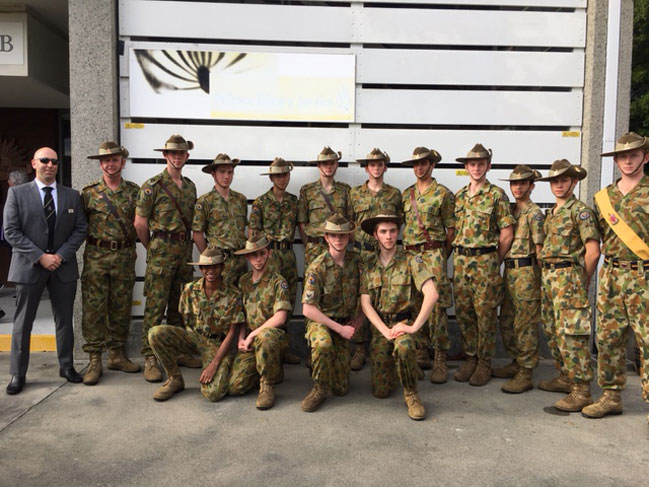 The aim of the course is to qualify cadets for the rank of Cadet Sergeant. Cadets are trained to deliver a period of classroom instruction, teach drill, receive, prepare and deliver orders, administer a platoon in the field, rifle drill and parade format.

“Collectively, our cadets performed very well with five of them finishing in the top 10, including CDTCPL Thomas McQuillan who received both the Student of Merit Prize and the Coursemanship Award”, said Co-ordinator of Army Cadets, Captain Duane Nurse.

“I congratulate all involved in the course and on their successful completion. It was great to see a number of cadet old boys at the march-out parade, along with family and friends.”

In recognition of his efforts, CDTCPL McQuillan received a Commanders Silver Commendation and a book.