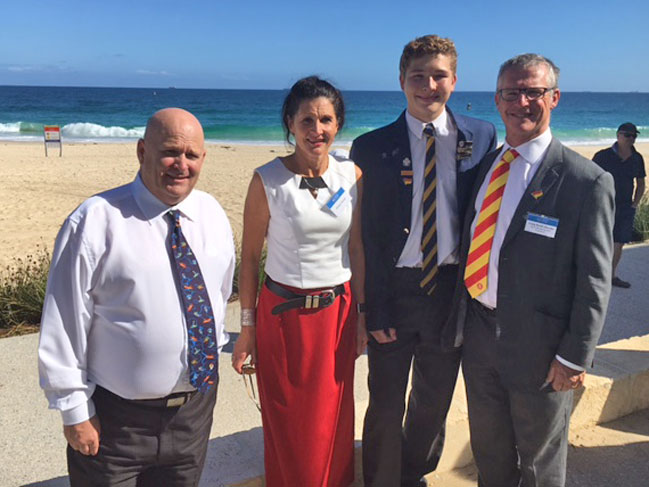 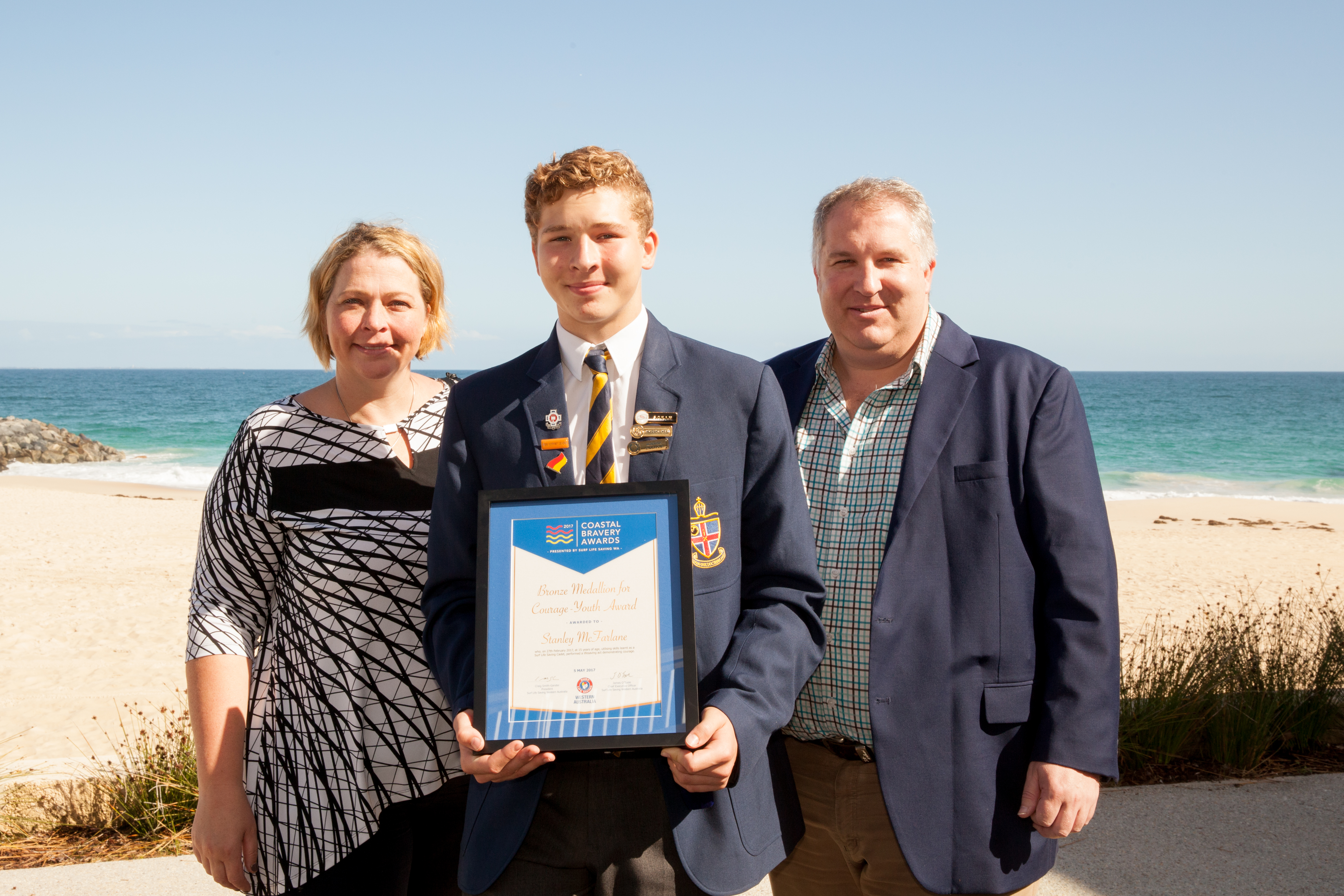 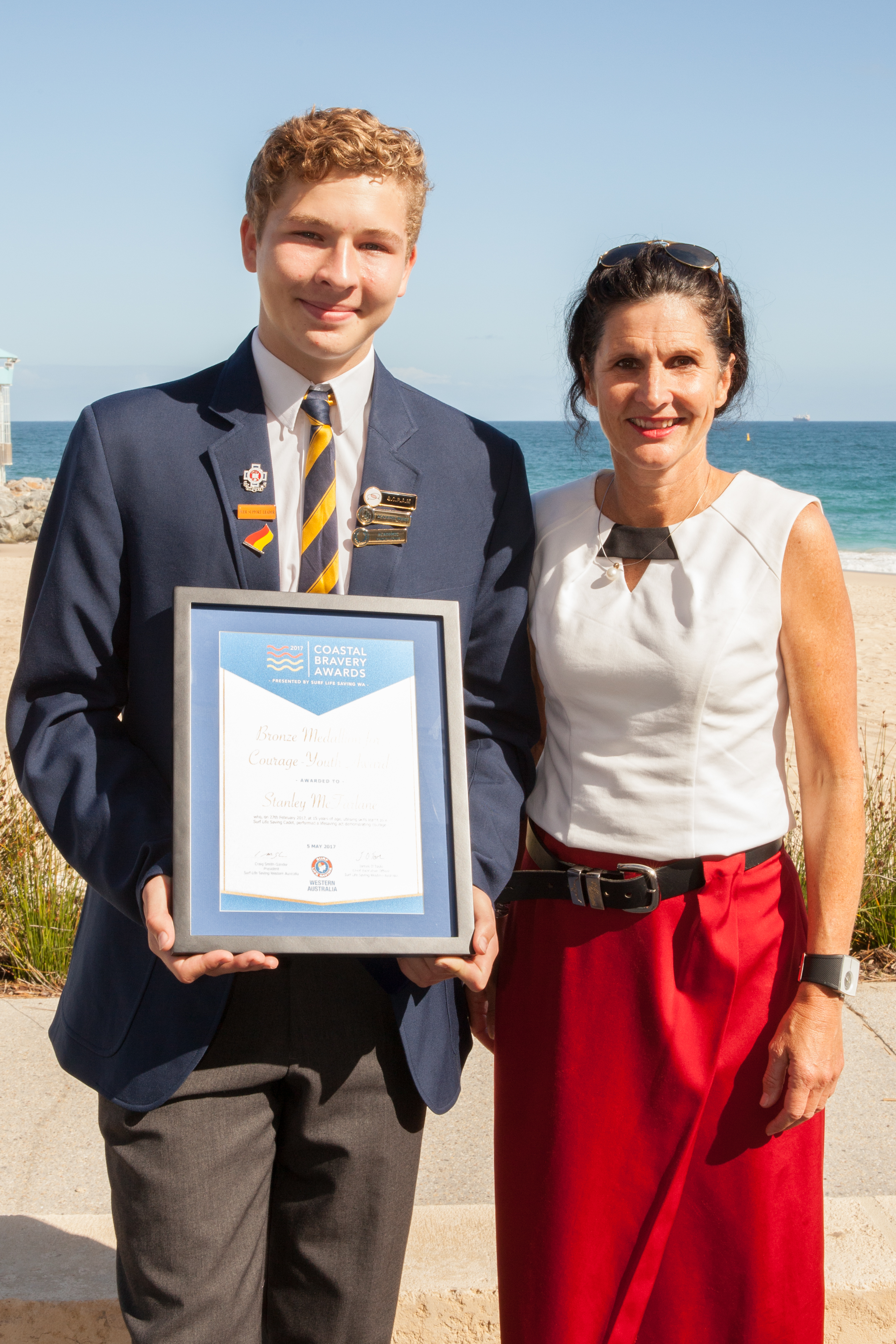 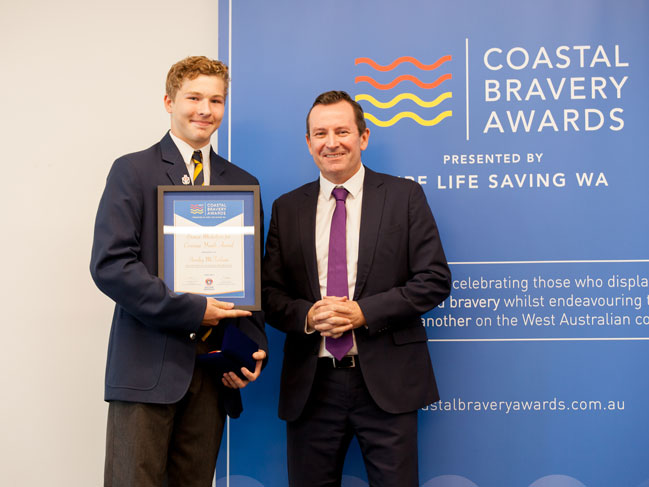 Parents may recall back in February this year, Stanley was recognised for his bravery where he saved the life of a public citizen on Queenslea Drive. Having trained in all aspects of CPR, Stanley was able to administer CPR and bring the lady around to a conscious state before she was taken away by ambulance.

“CPR is something that you train for and never really think you will perform, but knowing how to do it was amazing in this situation. I am grateful for the training I received at Christ Church Surf Life Saving Cadets, run by Ms Allison Gould”, said Stanley at the time of the incident.

The awards ceremony, hosted at the City of Perth Surf Life Saving Club by Surf Life Saving WA, was to recognise individuals who, through their selfless acts of bravery, have helped make the WA coastline a safer place to recreate, and to recognise members of the community who put their own lives at risk on our coast for the sake of others.

Christ Church Surf Cadets Coordinator and award nominator Ms Allison Gould said “Stanley was a tremendous ambassador for both CCGS and Surf Life Saving at the SLSWA Coastal Bravery Awards. He was, as he always is, humble and dignified in this prestigious forum.”