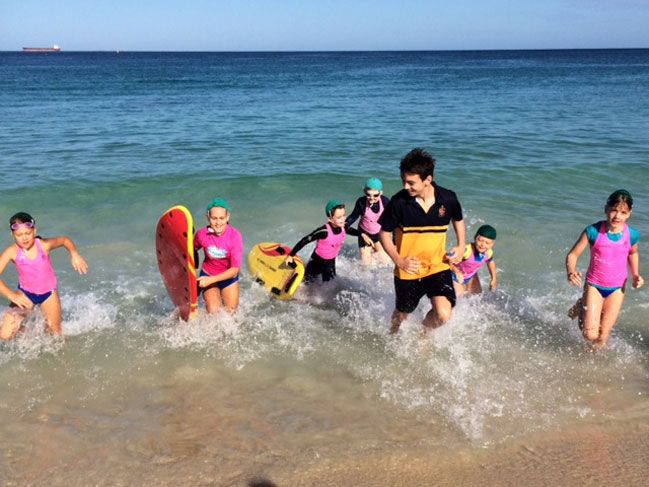 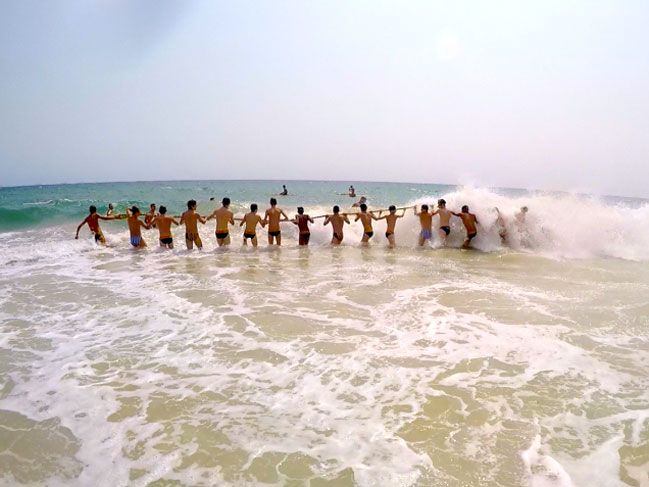 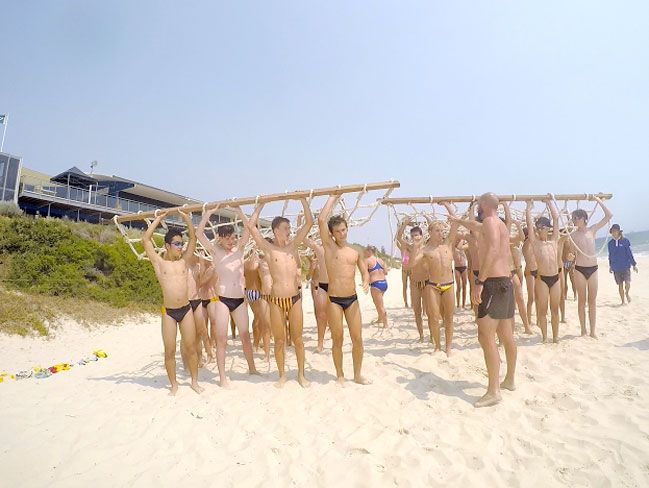 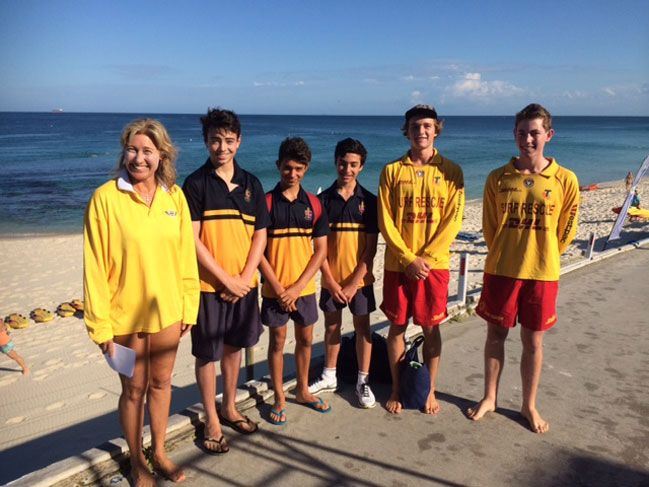 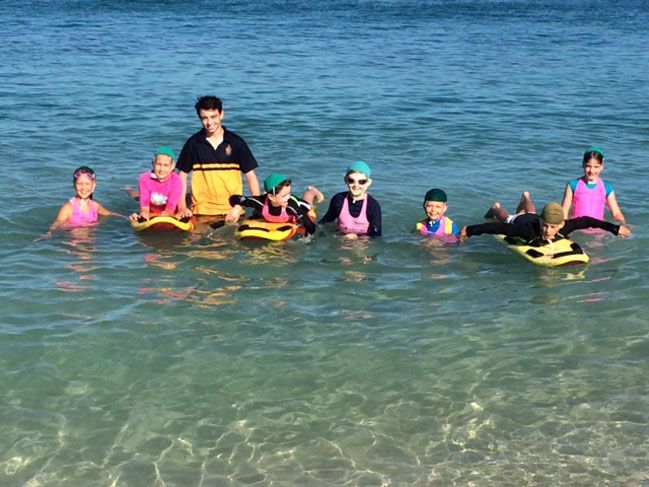 The 2015 Surf Lifesaving Cadet program began in Term 4 last year with prospective cadets taking part in a swim time trial to determine their suitability for the Year 10 Friday afternoon activity.

Fifty-four cadets progressed through to the 2015 program with some taking part in a new major initiative through the connection between the School and North Cottesloe Surf Lifesaving Club.

Surf Lifesaving Cadets Co-ordinator Alli Gould said over Weeks 3 to 7, Year 10 surf cadets were invited to assist the club with its Sunday Nipper sessions. “The aim of the initiative is to enhance the links between the Christ Church cadet program and the normal operational aspects of the surf club,” Ms Gould said.

“We had very positive feedback from the club’s age group managers about the boys’ willingness to participate and skilfully assist the younger members, some as young as seven, as they learn about water safety and lifesaving skills.

“The cadets also thoroughly enjoyed helping out with the Nipper groups. Some of these junior age groups have up to 80 participants so the support from the boys was greatly appreciated.”

NCSLC Nipper Officer Sandy Harvey said the North Cottesloe Nippers was a great community of up and coming surf lifesavers providing children with a safe and healthy environment to develop leadership and team skills.

“We have been very fortunate to have had a wonderful group of Christ Church boys help with all the Nipper activities last month. I have been so impressed with the way all the boys came in and got right into helping. They are great role models for other boys,” Ms Harvey said.

The Year 10 cadets will nominate for either the Bronze Medallion course or the Surf Rescue Certificate and for the first time this year, there are a small number of cadets who have already attained their Bronze Medallion. The aim of the program is to provide the boys with an ability to react and perform skilfully in any emergency situation. In the longer term, the aim is to see a continuation of the cadets’ community involvement at North Cottesloe or another surf club.

Ms Gould said another new initiative in 2015 was the accumulation of qualifications for Years 11 and 12 student leaders, who assist with the program. To date some of the Year 12 leaders have already completed their IRB crewman and Advanced Resuscitation Techniques Certificate (ARTC), with others working towards achieving their instructor certification.

“It is hoped that in time, some of the boys from this group will take on the role of course co-ordinator and senior instructor of the cadet program for North Cottesloe. This position is skilfully directed by Zac Vinten (Class of 2011), who brings tremendous energy and great understanding as to the best way to instruct the boys in this challenging environment,” she said.