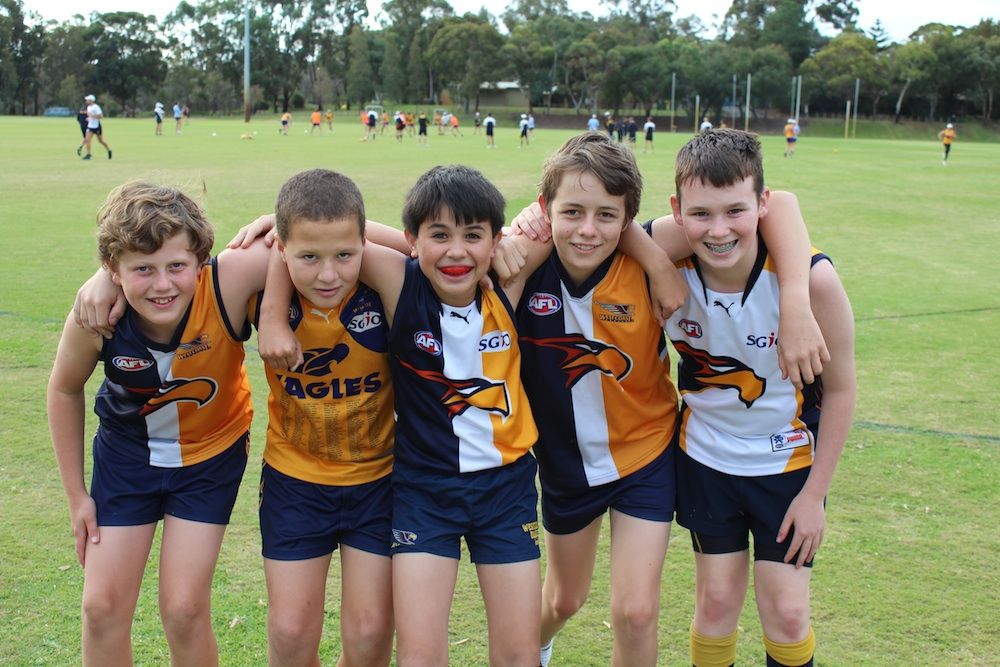 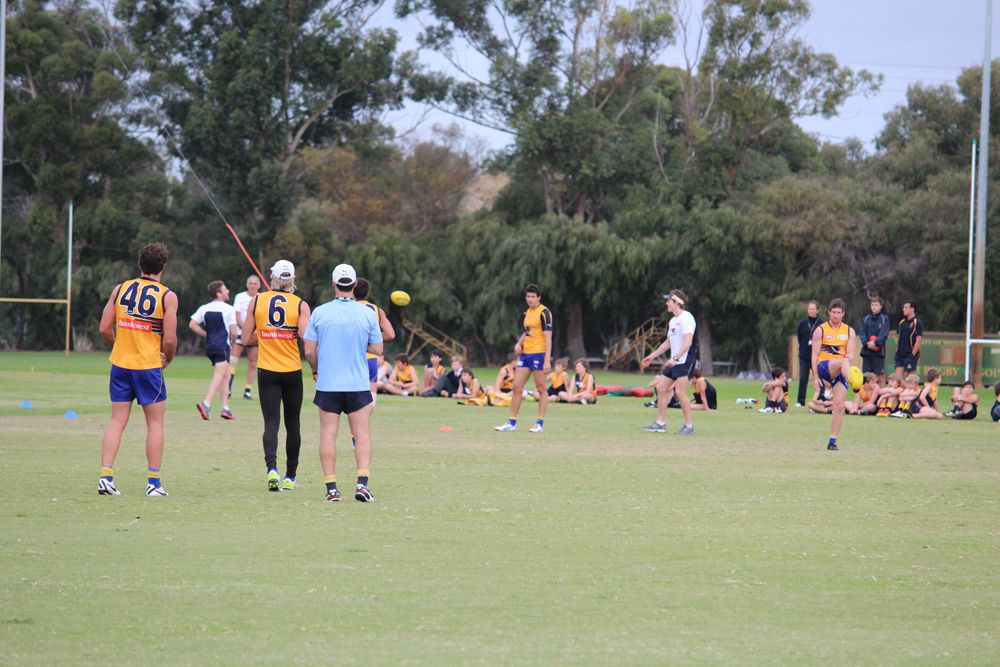 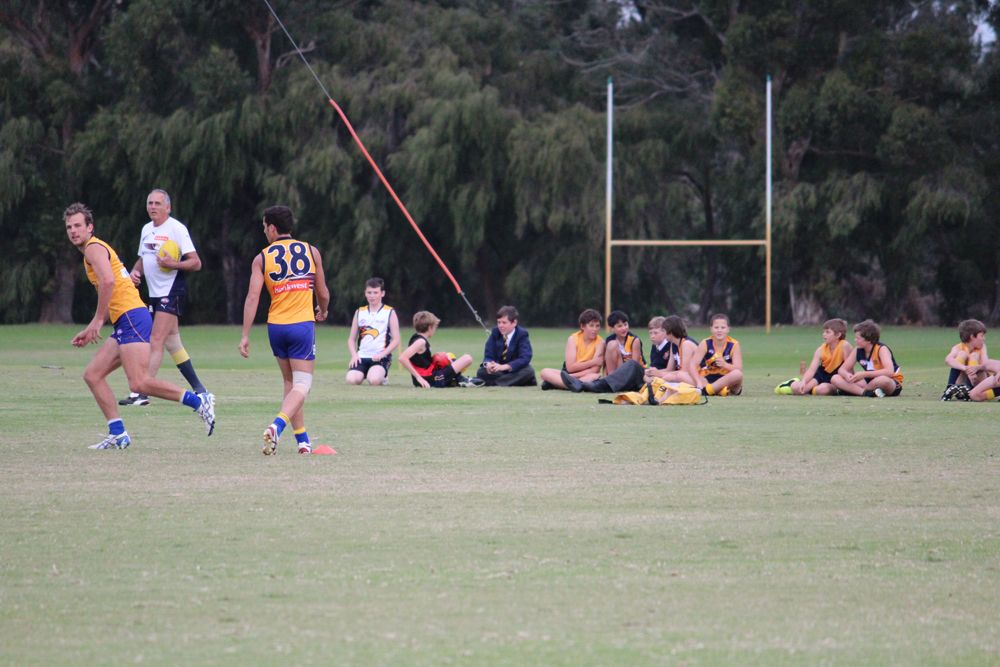 Year 7 footballers had an opportunity to watch some of their idols in action as members of the West Coast Eagles trained at McGillivray Oval on Wednesday afternoon. The boys were excited to see professional players and coaches at work at their training ground due to the Western Force v British and Lions game at Patersons Stadium.

Inspired by high profile players including Andrew Embley and Mark Nicoski, as well as midfield coach and former Collingwood captain Scott Burns, the boys watched eagerly from the sidelines before resuming training with their own coaches – a number of which have also modelled excellence in their own football careers.

At the helm of Christ Church’s football program is First XVIII coach John Dimmer. The four-time WAFL premiership coach took over the head-coaching role in 2012 after stepping down as senior coach at South Fremantle Football Club to return to full-time work as a PE teacher at Christ Church. Mr Dimmer has a remarkable coaching career, which includes 12 premierships in 25 seasons as a senior coach or assistant coach at South Fremantle, West Perth, Claremont, Fremantle and amateur club West Coast. His playing career includes 171 WAFL games (Subiaco and East Perth) and four State games including one state of origin. He was a 1972 Subiaco (Reserves) premiership player, a 1973 Subiaco (League) premiership player and Captain of East Perth in 1983.

10As coach Luke Dwyer played 146 league games for East Perth and Claremont during his WAFL career. The PE teacher and Head of Wolsey House was East Perth (Reserves) fairest and best winner in 1997, Claremont (Reserves) fairest and best winner in 2007 and played in the 2005 WAFL League Grand Final against South Fremantle. Some of Mr Dwyer’s former coaches include Kevin Worthington, Don Pyke, Guy McKenna, Mark Riley, Ashley Prescott and Tony Evans. Mr Dwyer is also the current head coach of UWA Football Club’s First Grade team and has coached them to premiership wins in 2011 and 2012. The 10As assistant coach and Years 8 and 9 development program coach is dual premiership Claremont Football Club player Trinity Hadley. Trinity, who is currently injured, has played 170 WAFL games.

9As coach Peter Thorne wears many hats. Not only is he a biology teacher and Head of Hill House, he is also a part-time scout for Collingwood Football Club. He played three seasons in the VFL/AFL for Melbourne and had a decorated career in the WAFL. In WA, he spent two years at East Perth and later, was a member of Claremont’s 1987 and 1989 premiership teams. His performance in the 1987 WAFL Grand Final earned him the first of two Simpson Medals. The other came in a 1988 interstate match against the VFL side. After he retired from playing, he was senior coach of Subiaco for two years, which included steering the club to the 1998 Preliminary Final.

Preparatory School Sportsmaster Brady Leckie played State Under 15s, 17s and 18s (Teal Cup) and played for West Perth from 1990 to 1994. In the 1992 National AFL Draft, he was taken at pick 67 by Richmond Football Club and was on their senior list until 1994. During this time, he trained at Punt Road under coaches Allen Jeans and John Northey. Mr Leckie also trained with Matthew Knights, Ben Gale and Matthew Richardson. He finished his playing career with the Mount Lawley Amateurs, winning a premiership and an A-grade Fairest and Best.

Director of Sport Anthony Lynch said the opportunity for the boys to watch the Eagles training at McGillivray Oval was another example of the access boys at Christ Church were given to sports specialists. The boys loved seeing some of the favourite players in action,” he said. “We were hoping to see Eagles defender and old boy Eric Mackenzie (Class of 2005) but unfortunately he was unable to attend the session.”