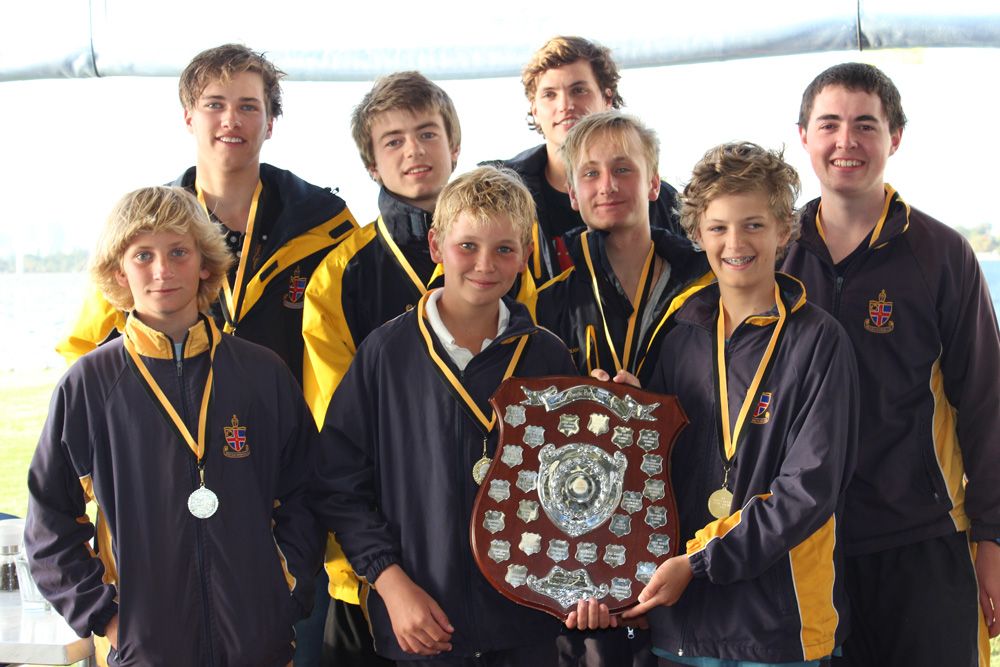 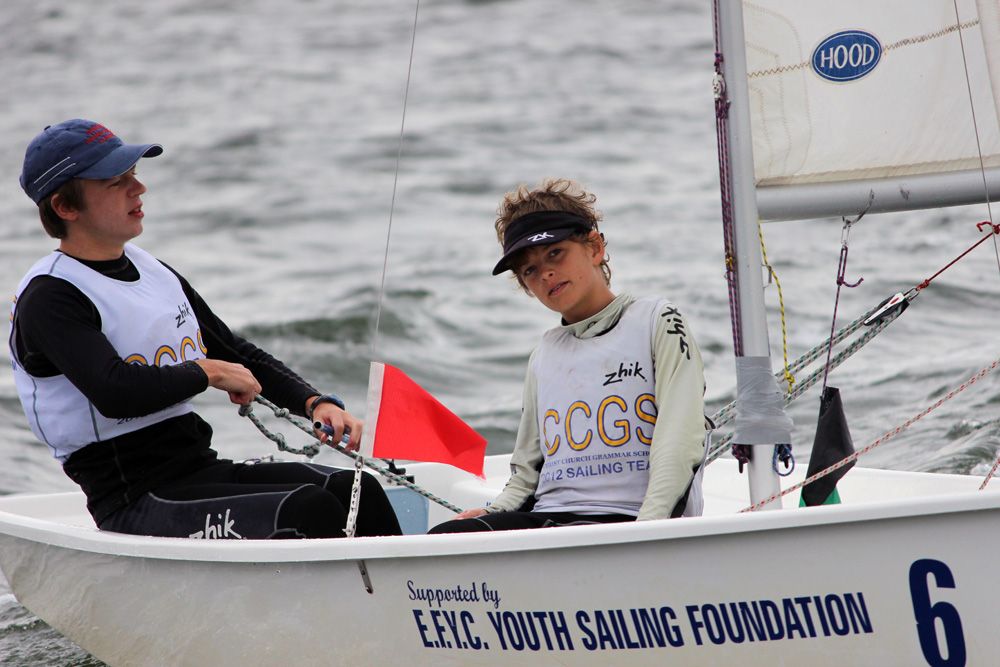 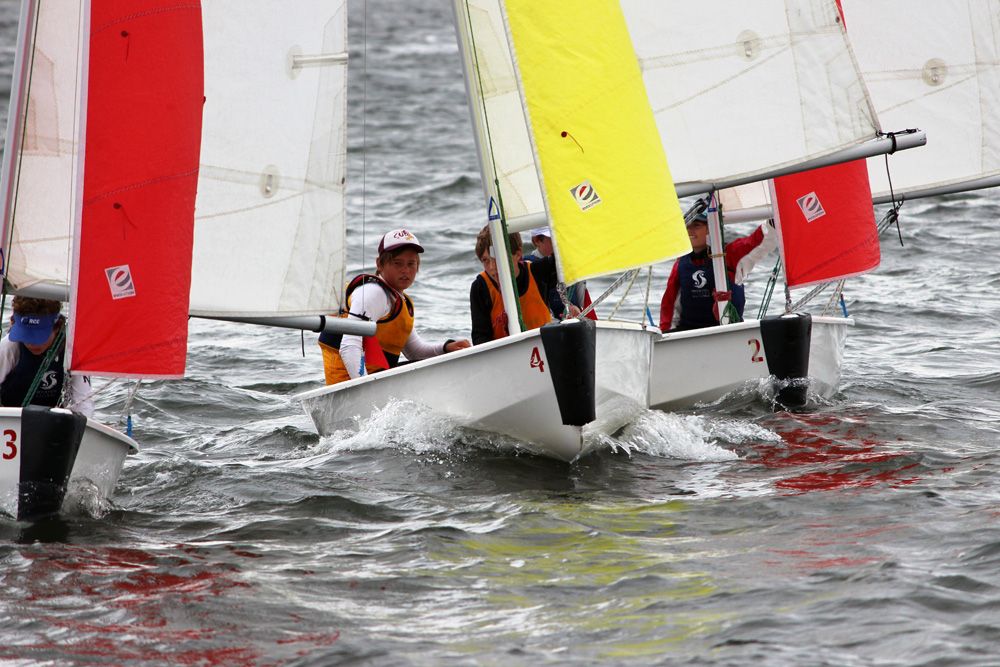 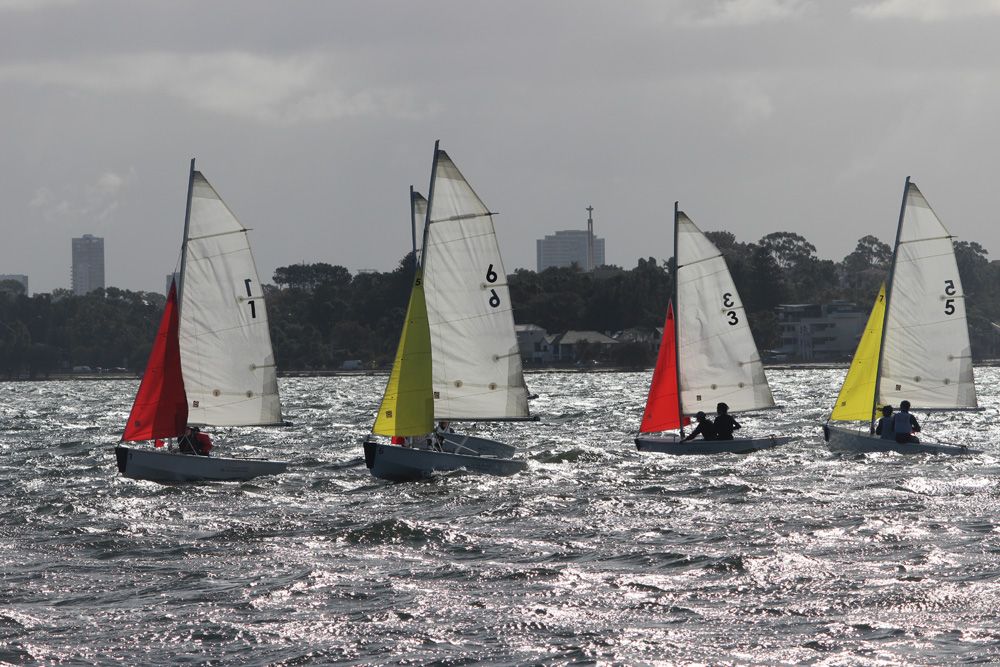 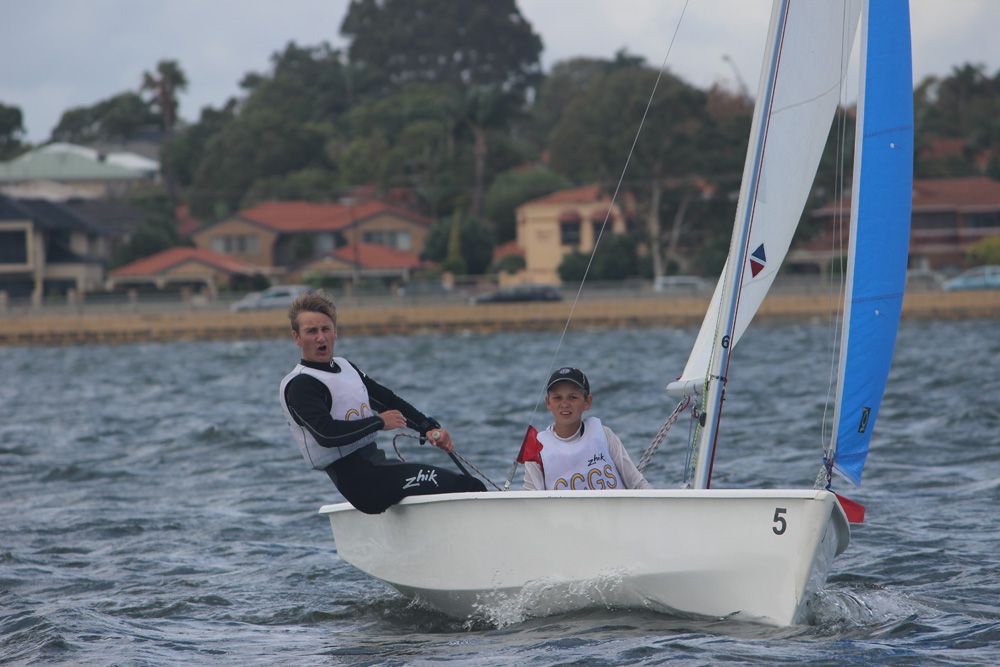 Team Manager Geoff McGillivray said it did not take the Christ Church boys long to assert their authority in Pool A on Day 1, scoring a convincing 1, 2, 3 win over the oppositions 4, 5, 6. “This win set the pattern for the rest of the morning for the A team scoring comfortable wins against CBC Fremantle, Scotch 1 and St Mark’s,” Mr McGillivray said.

Meanwhile, Christ Church B team was also stamping its mark on the event, scoring convincing wins against Perth Modern, Kolbe Catholic College and Esperance Senior High School 1 in Pool B. Both Christ Church teams continued to dominate with the two teams sitting atop their respective pools unbeaten at the end of the first day.

Day 2 did not start well for either the A or B team as both incurred losses to Scotch 1 and Shenton respectively. Fortunately, they were the only losses for the day, with the A team winning the other six races against the opposition in their pool. Likewise the B team did the same, with six very comfortable wins over the other opposition teams in their pool – both teams sitting comfortably in second place and assuring them of a place in the penultimate round robin.

On the final day of racing, the round robin progressed quickly with the better teams rising to the fore. Scotch 1 struck good form, knocking off Christ Church A and every other team convincingly to finish on top. Christ Church B, after battling manfully over the previous two days, just missed out on the finals, finishing in fifth place with four losses. The team included Brendon Wright (captain), Max Giudice, Jack Swallow, Daniel Sim, Ben Duffy, Ryan Martin and Alex Shearer.

In the semi-finals, Shenton matched up against Aquinas in a best of three with the winner to take on the loser of the other match-up. The much-improved Shenton claimed the honours over Aquinas. In the other semi, Christ Church A and Scotch were one a piece with Christ Church winning the third in an exceptional race courtesy of an amazing mark block manouevre by captain Lachy Gilmour. Scotch then beat Shenton in the preliminary to make it a Christ Church v Scotch grand yet again.

Christ Church burst out of the start of the final series full of confidence, immediately establishing its superiority in both speed and tactics. Lachy Gilmour was at his very best, dominating the fleet for speed and controlling all tactical moves. Fellow skippers Andrew Fowlie and Shannon Wright also stepped up with the team scoring convincing wins in the first, then second, and finally the third to win the series.

For the full results of the series, click here.