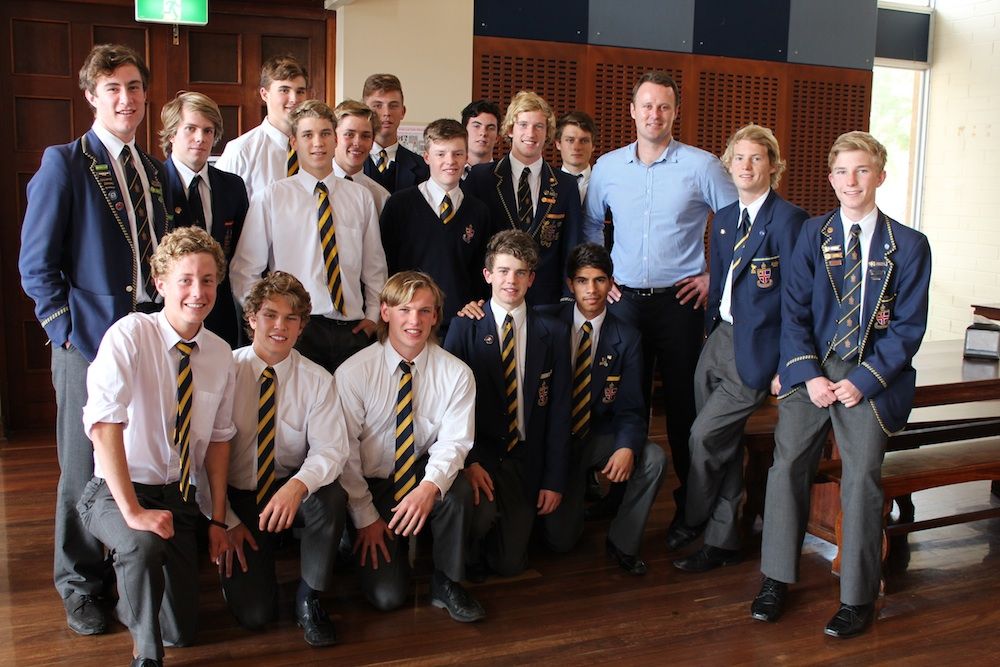 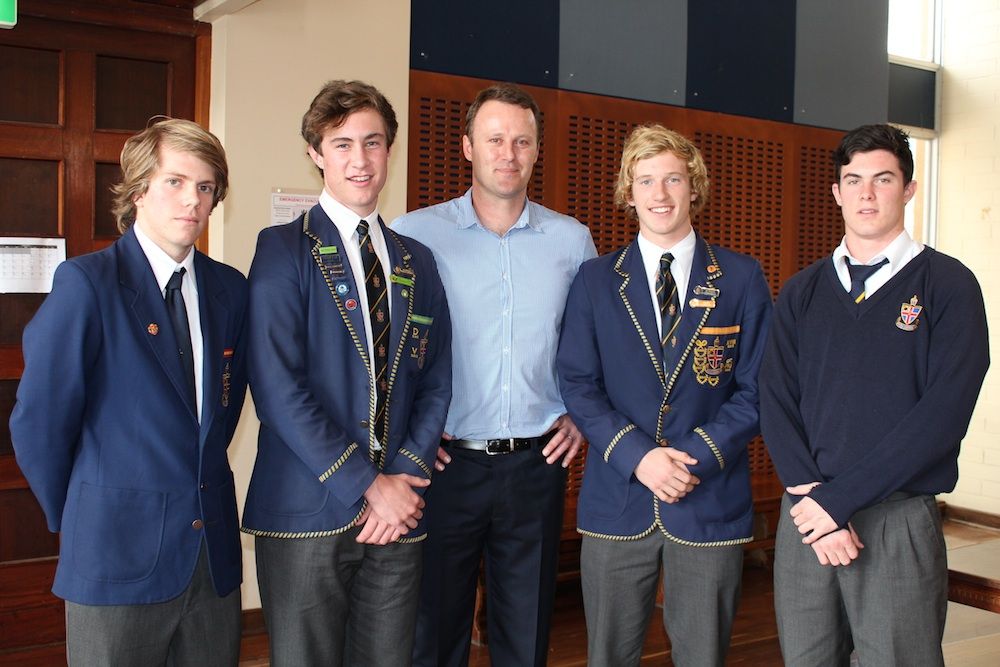 Christ Church football players had an opportunity to learn from one the AFL’s greats this week. Chris Grant, the former Western Bulldogs captain and Australian Football Hall of Fame member, shared some of the highs and lows of his playing career with First XVIII players this week.

The First XVIII had a number of opportunities to learn from Chris, who addressed the team during lunchtime, met with the leadership group and attended a training session. Teacher-in-Charge of Football Jamie Foster said it was a wonderful opportunity for the boys to learn from one of the superstars of the game.

Mr Foster said Chris, who played his first AFL game at the age of 17 in 1990, kicked 51 goals in his first season. “He was the youngest player in VFL-AFL history to achieve this feat and the boys were pretty impressed by that,” he said.

Mr Foster said Chris shared some great stories from his playing career as well as some the adversity he faced along the way. This included polling the most votes in the Brownlow Medal in 1997 but being ineligible to win due to a one-match suspension.

“He said that in his junior football days for his local club, they didn’t win a game in two seasons. He also talked about a game in 2000, in Round 21, against an undefeated Essendon, where he kicked the winning goal. I think these resonated with the boys.”

Chris made himself available to Christ Church through a sponsorship deal with Spotless Catering, the School’s catering service provider. Next week he will meet with footballers from Years 7 to 9 as well as boys the School’s Indigenous Student Program.