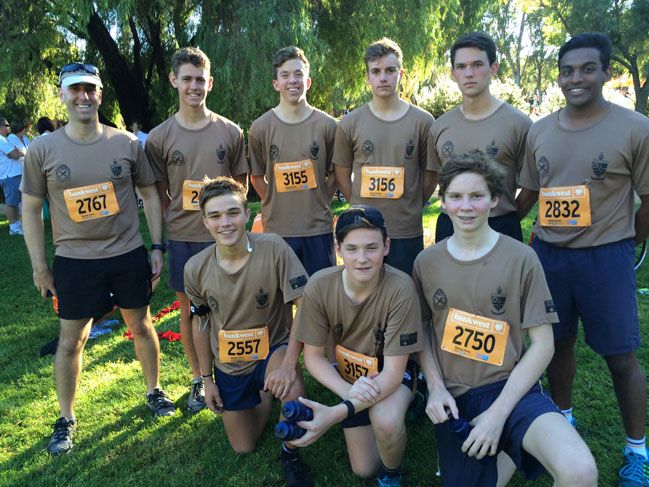 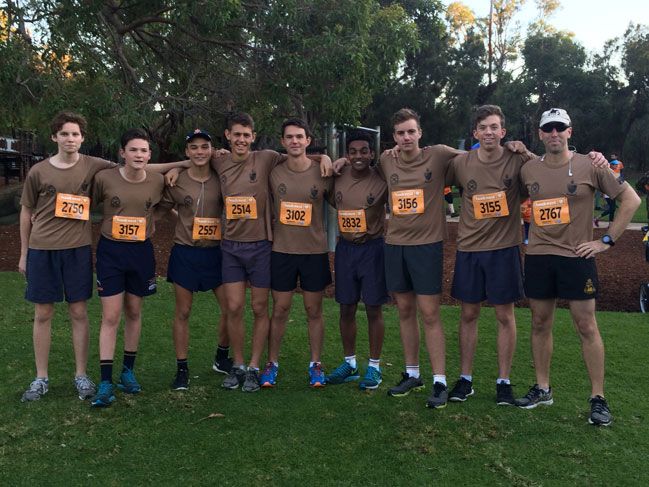 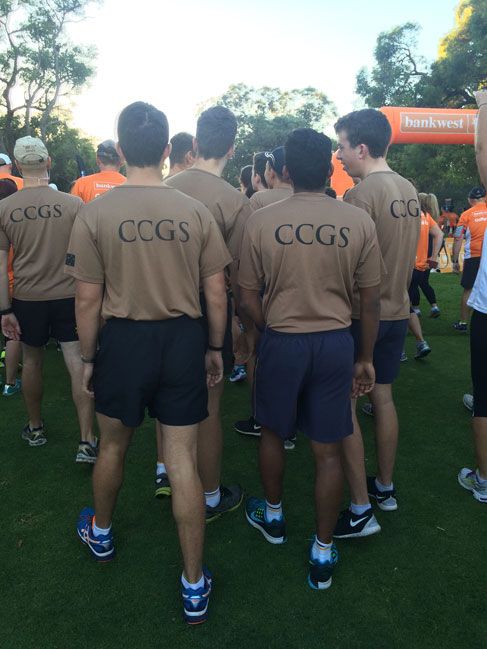 On Sunday 19 April, Christ Church Grammar School Cadet Unit (CCGSCU) members participated in the Bankwest Gallipoli Run at Kings Park. Held just before Anzac Day each year, the event brings the community together in recognition of the Anzac spirit.

Cadet participation originally began in a support role with cadets assisting at water stations. This would not do for cadet Company Sergeant Major, CDTWO2 Cameron Criddle, who issued a ‘CSM’s Challenge’ to unit members to participate in the run.

In a sea of orange runners, our eight cadets and CAPT Nurse were easily identified as they participated in the 10km event in their brown CCGS physical training shirts.

The Last Post and a minute of silence prior to the starters pistol marked the significance of the event. This was enhanced by the picturesque course, taking runners past plaques dedicated to fallen soldiers along Kings Park’s avenues.

All CCGSCU members completed the run in varying times and morale was sky high at its conclusion. Cadets Zare and Hage also assisted with dispensing water to the fun run participants.

Due to its significance and success, the Bankwest Gallipoli Run will now become a permanent fixture on the busy CCGSCU calendar.