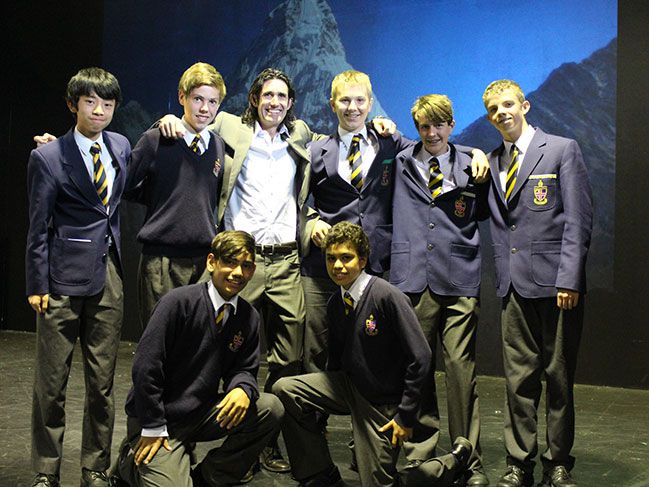 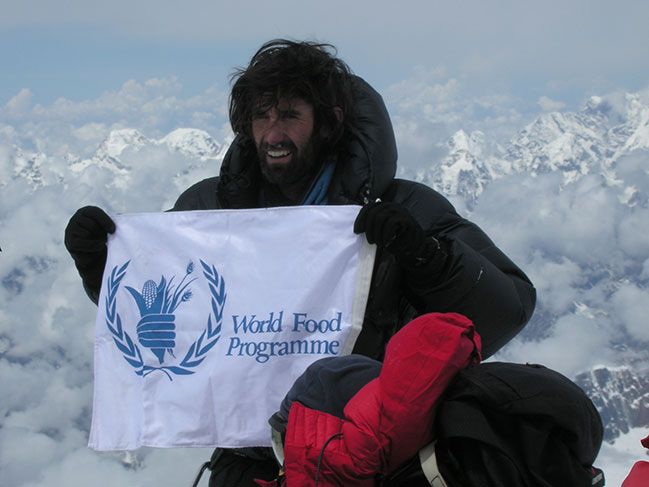 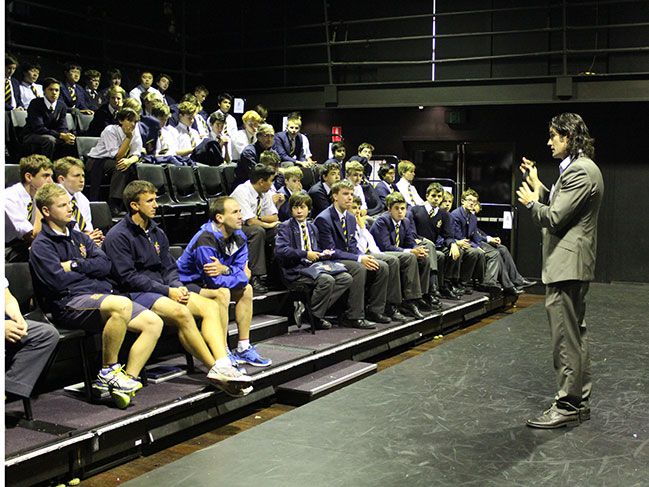 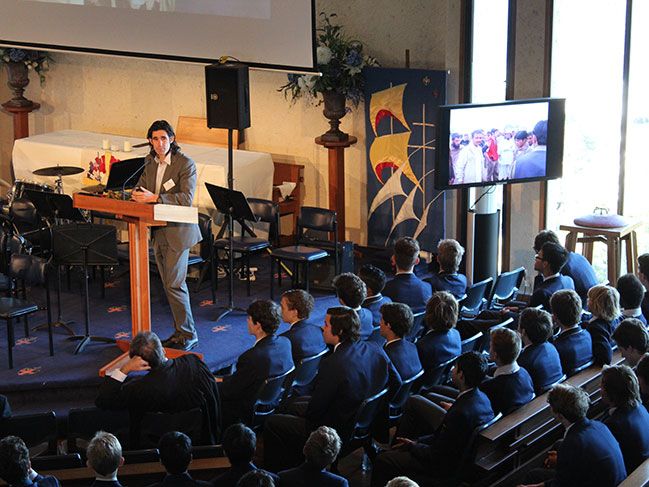 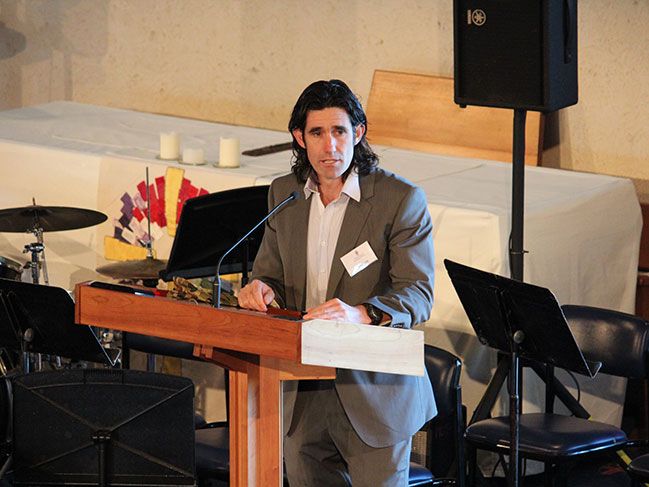 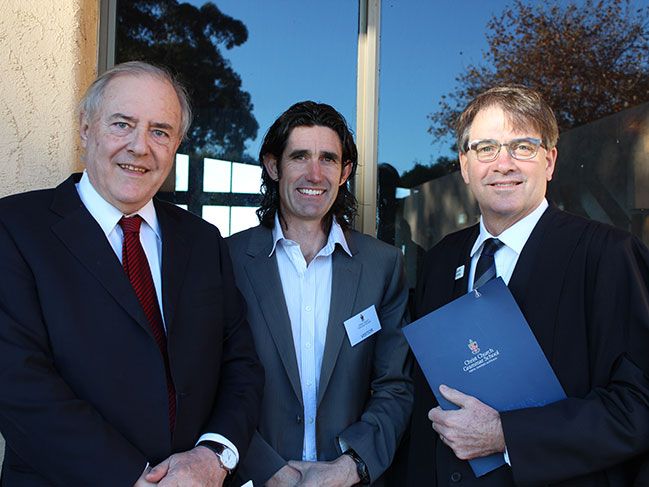 Senior School boys and staff could not help but be inspired after hearing from former Australian Commando and international aid worker Mark ‘Squiz’ Squirrell last week. Boys from Years 9 also had a chance to learn more about the extreme adventurer during the day.

While serving in the Australian Special Forces, Squiz was awarded the coveted ‘Green Beret’, his tenure with the military providing him with the skills and courage to succeed amongst adversity and turmoil. It was through this work that he met, and became intrigued by, overseas aid workers.

When he headed to the East Timor Crisis in 1999, he gradually realised he was better placed in a more humanitarian than combatant role. It was the start of a journey that would see him navigate some of the globe’s most brutal war zones to deliver emergency aid.

Inspired by his organisation, the United Nations World Food Program (WFP), and the people it feeds, he climbed to the top of the world to help raise awareness of the global hunger crisis. After a gruelling, six-week ordeal, Squiz raised the WFP flag on the summit of Mount Everest.

Director of the Centre for Ethics Frank Sheehan described Squiz as an extraordinary character and adventurer, who was at his best when there were challenges to face. “He needs mountains to climb and marathons to run. But his true passion is to work for social justice, for peace, and he has faced great danger in this pursuit,” Father Frank said.

“He wants to make life better for the millions who lack life’s basic necessities, he challenges people to get on board and be agents of change. No wonder the boys and staff were inspired by his words.”

Head of Health and Physical Education Luke Farmer said Year 9 boys had an opportunity to get an even greater insight into what elite individuals, like Squiz, were capable of during double PE lessons. The double-period lessons, which allow a greater focus on the winter and summer codes, are part of a new-structured PE program for Year 9 boys.