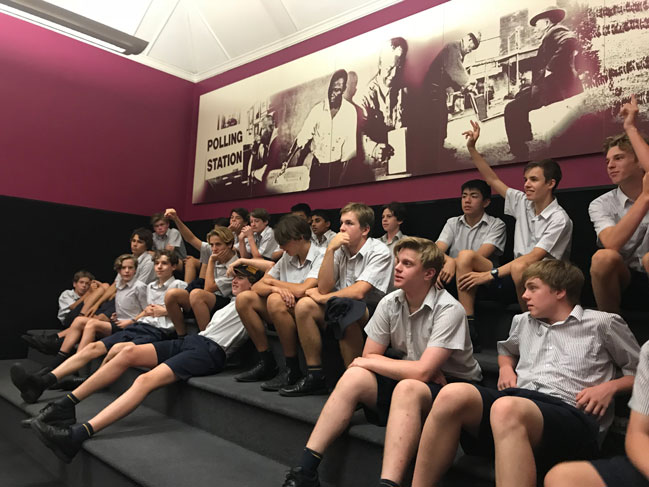 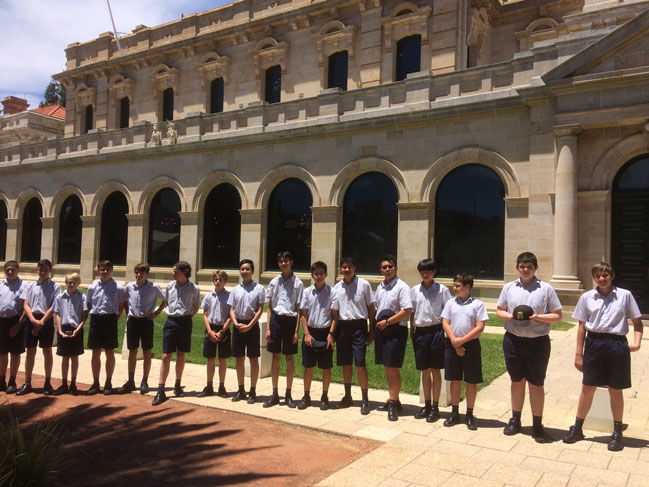 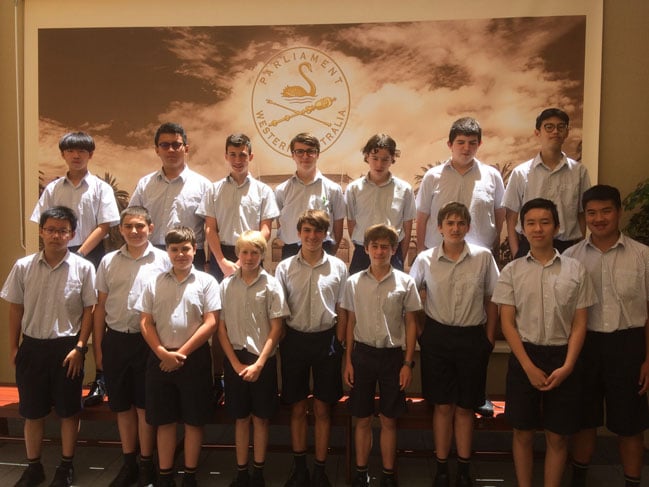 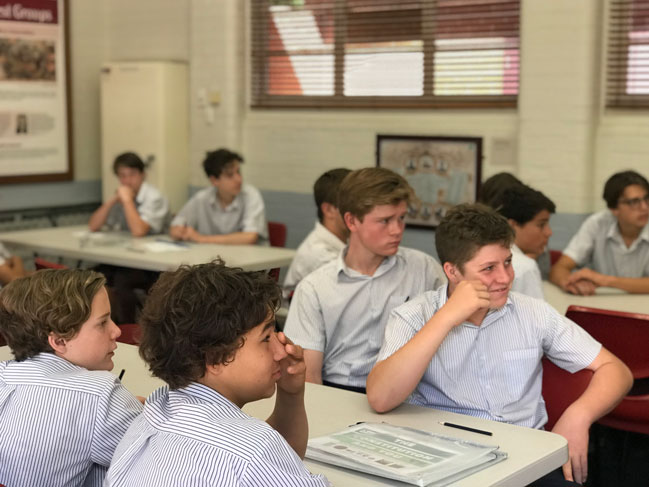 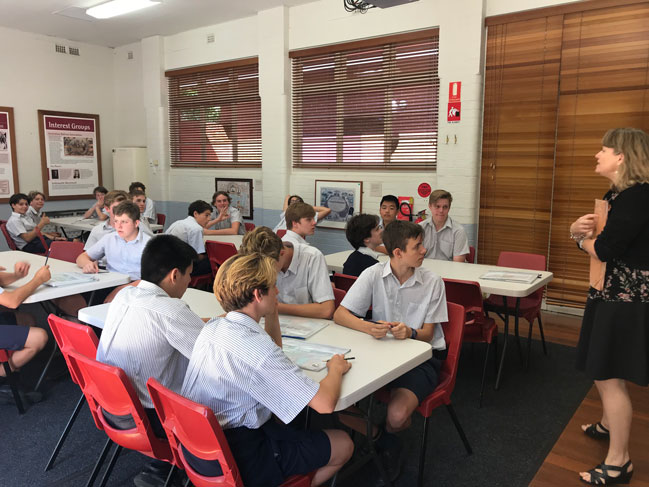 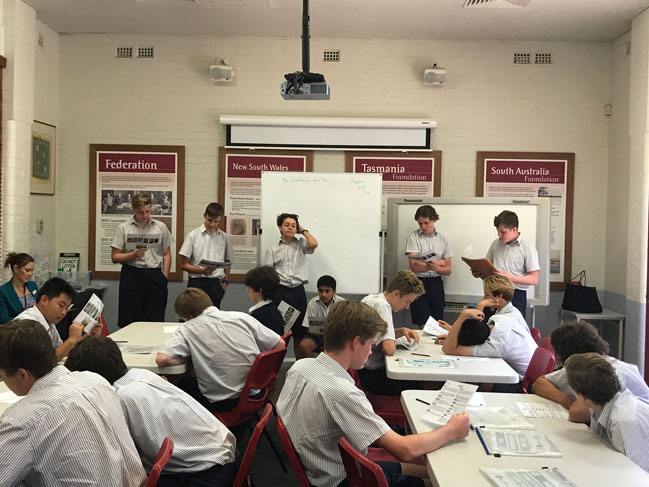 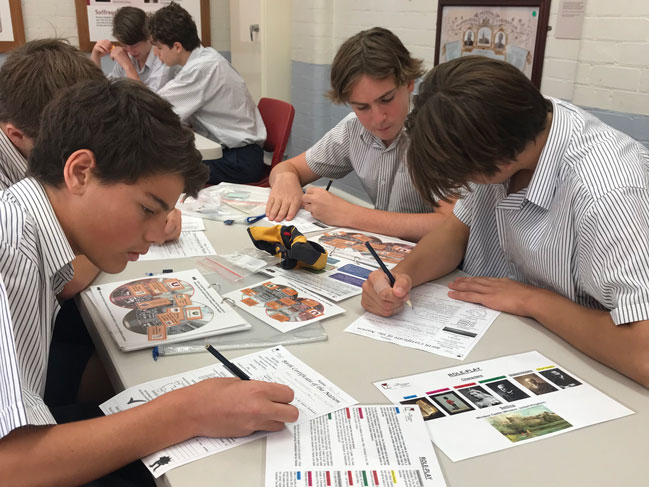 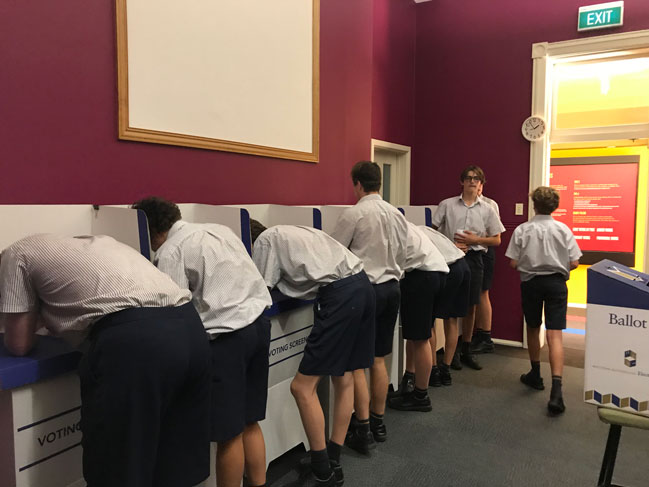 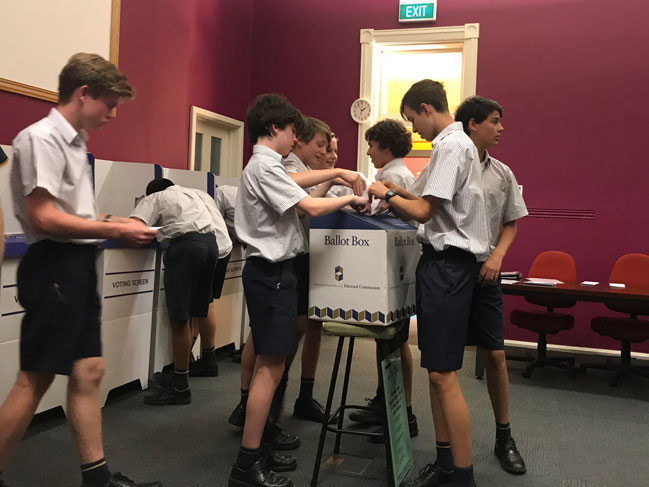 Throughout this week, our Year 9 boys have been visited the West Australian Parliament, Electoral Education Centre and the Constitutional Centre of WA as part of their Civics and Citizenship course.

The Year 9 Civics and Citizenship Course encompasses the broad concepts of justice and democracy and seeks to build on students’ understanding of the concepts of the Westminster system, separation of powers and democratic values such as the rule of law, justice and participation.

At the West Australian Parliament, the boys were enlightened with the history of the building and the origins of our State Government, followed by a tour of the chambers of the Legislative Assembly and Council.

“The boys were intrigued to discover that the front of the building was built much later than the rest, and that the construction cost was actually over their initial budget,” says Year 9 student, Jes Bromley.

Moving onto the Constitutional Centre of WA, the boys participated in a role play based on the historical context of the Australian Constitution. They also investigated how the Constitution sets up Australia’s federal system of government as well as the separation of powers through a range of interactive and tactile activities.

Finishing off the excursion at the Electoral Education Centre, the boys learnt about the importance of participating in the democratic process of elections and how candidates are elected to our state and federal parliaments. As part of this, the boys enjoyed enacting a mock election process using the preferential voting system.

“The excursion allowed a hands-on delivery of aspects of the curriculum whilst being a rewarding off-campus experience for the boys. It cemented their understanding of Australia’s system of government, the purpose of the Australian Constitution, of participating in the decision-making of government and having a say through our democratic processes,” says Assistant Head of Humanities, Vanessa Badaraco.

“Some boys met State Premier, Mark McGowan, as well past Premier, Colin Barnett. Others were also able to witness a session of Question Time.”