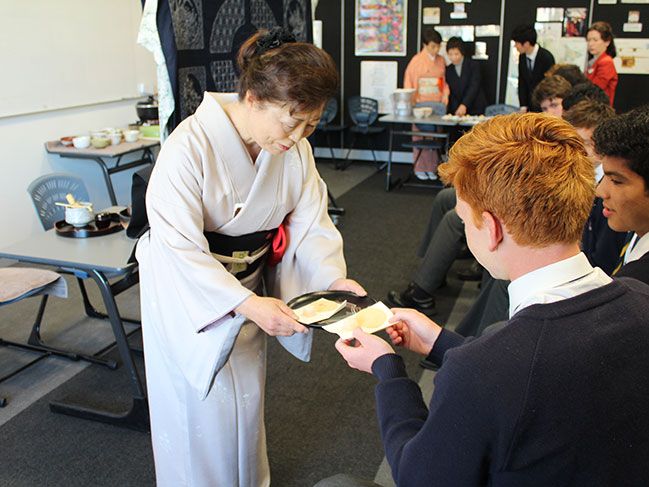 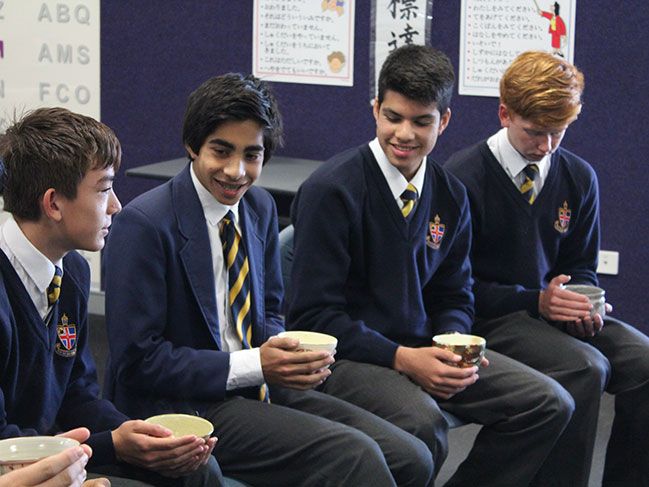 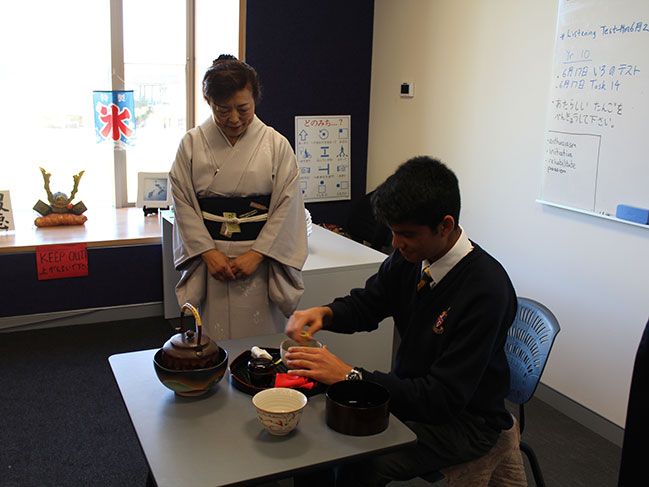 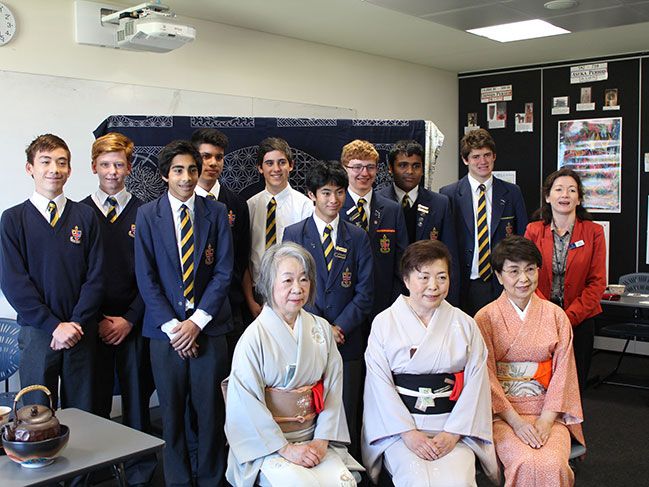 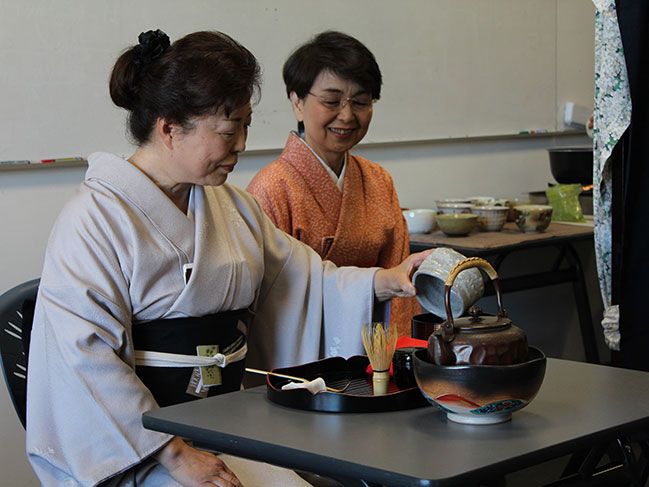 Year 10 language students experienced a traditional Japanese tea ceremony in the classroom recently. The ceremony, arranged through the School’s Centre for Ethics, was performed by a visiting Japanese Buddhist monk.

Tea ceremony professor Souyu Kato is invited around the world to teach the oldest and most traditional tea ceremony style in Japan, known as the Urasenke. Mrs Kato’s grandmother was the daughter of a Buddhist priest at the Higashi Honganji temple in Kyoto, which is the oldest Buddhist temple in Japan.

Two tea ceremony teachers accompanied Mrs Kato, serving Japanese green tea and traditional Japanese sweets to the students. They taught the boys about the etiquette of the tea ceremony in Japan and also gave the boys a chance to try making their own tea.

Language teacher Kylie Sydney said it was a fantastic taste of Japanese culture for the boys, especially as most of them have not yet visited Japan. “They really enjoyed the hands-on aspect of preparing the tea as well,” she said.