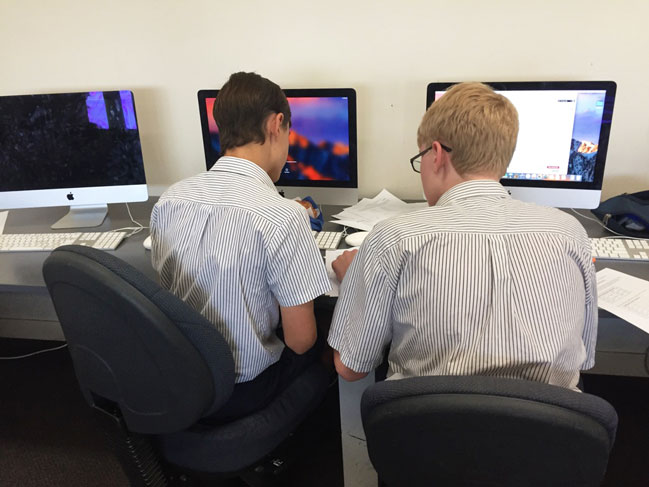 It has been another triumphant year for Christ Church boys and their participation of The Australian Computational and Linguistics Olympiad (OzCLO).

OzCLO is a contest designed for high school students from Years 9 to 12, challenging students to develop their own strategies for solving problems in fascinating real languages. The OzCLO contest consists of two rounds. Round one is a two-hour competition, held online at school where participants work in teams on a range of language analysis problems. The top three teams for each region then proceed to the national finals, which holds the same format as the first round.

At the national finals held at UWA our boys managed a pleasing 12th place out of 25 schools pulling several places ahead of rivals, Penrhos.

OzCLO participant Rohan Maloney said “I am pleased that our strategy of pairing up and dividing the questions enabled us to complete all the tasks well within the time limits. I think the other WA teams need to watch out next year when our Christ Church boys aim to do even better.”

Winners of the national finals are offered the opportunity of representing Australia at the International Linguistics Olympiad (ILO) to be held in Dublin later this year.