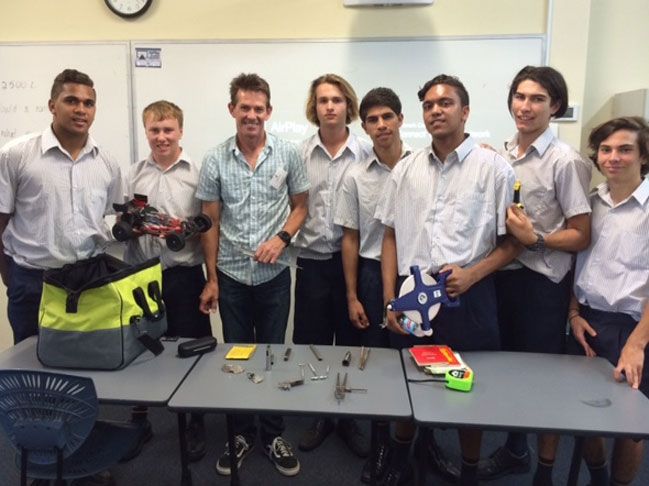 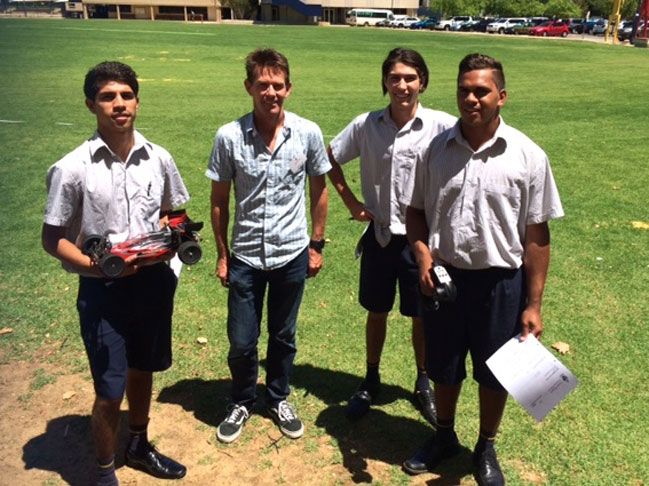 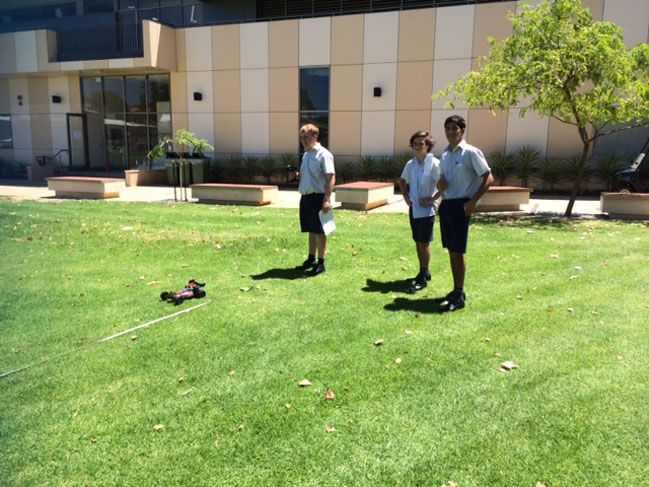 In the first week back at school, Mathematics Teacher Allison Gould offered her Year 12 1DE students a Mathematics class with a difference.

“Ubiquitous as Mathematics is, showing its relevance in the workplace can still be a challenge,” Ms Gould said. “However, when it is well presented, it can leave a deep impression of its importance on the student’s mind.”

Ms Gould’s class welcomed Jon Kappler, who completed his First Class Fitter/Machinist certification in 1982. Jon shared how abstract ideas from trigonometry; algebra and geometry came to life when applied to his trade, both during his apprenticeship and then on a mine site in Goldsworthy in the early eighties.

“Skills that Jon had learned and tools that he had brought in were discussed and examined by the students, before they had an opportunity to ask questions about his career path, including his current role in wholesaling sport and skate-branded street wear,” she said.

After the talk, Jon and the boys headed out on to the oval to record speed trials using a remote-controlled buggy travelling at speeds of about 35km/hr. The trials were the basis of the boys’ first research investigation project for the year including problem solving, calculation of rates, graphical comparisons between vehicles and the analysis of speeds and distances covered.

Ms Gould said she planned to have more guests during the year to demonstrate other workplace applications of Mathematics and to highlight the importance of problem-solving skills cultivated in Mathematics.