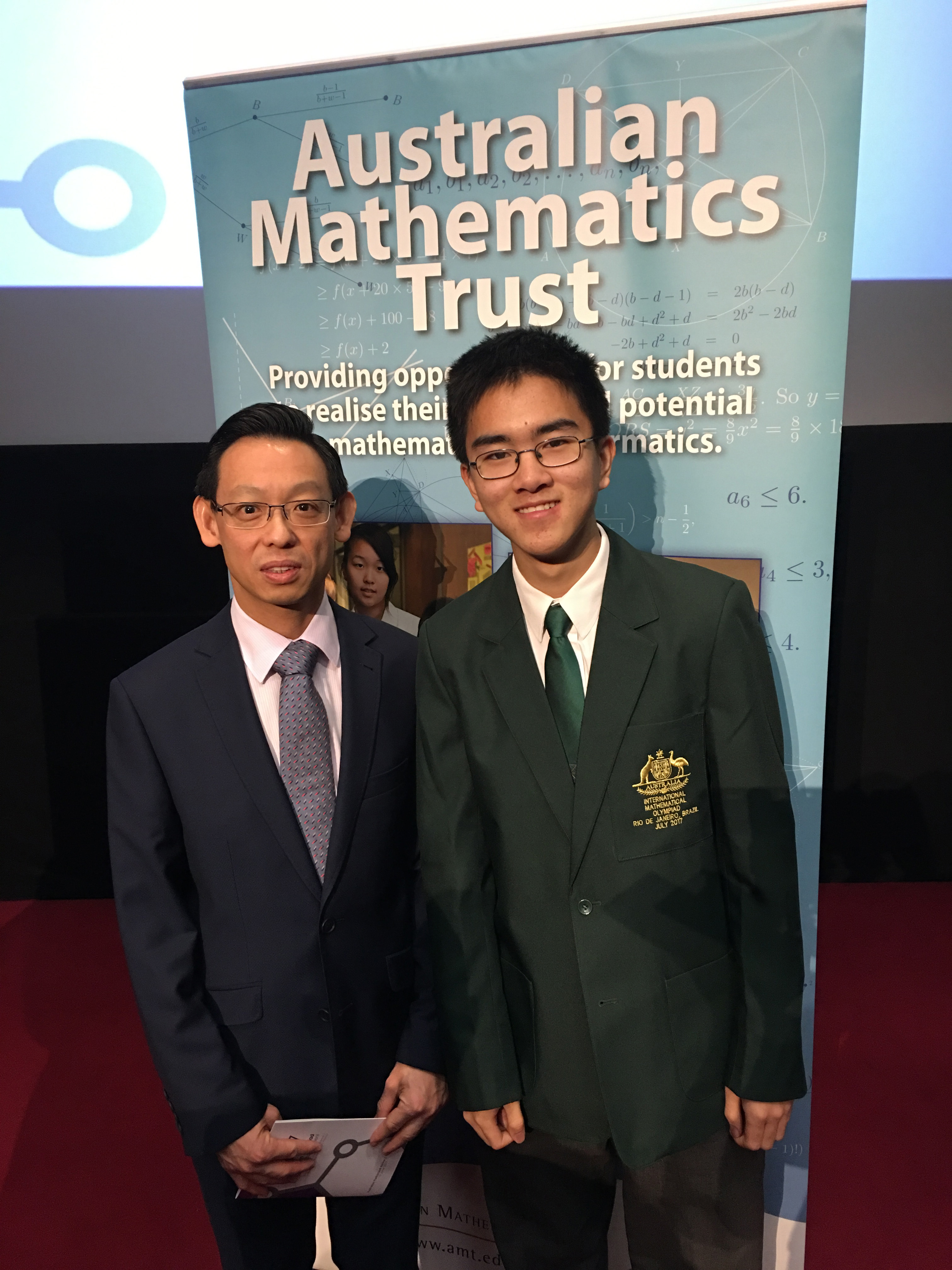 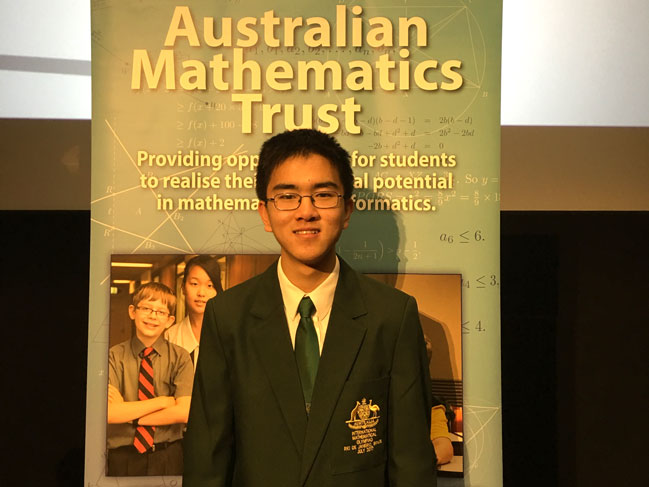 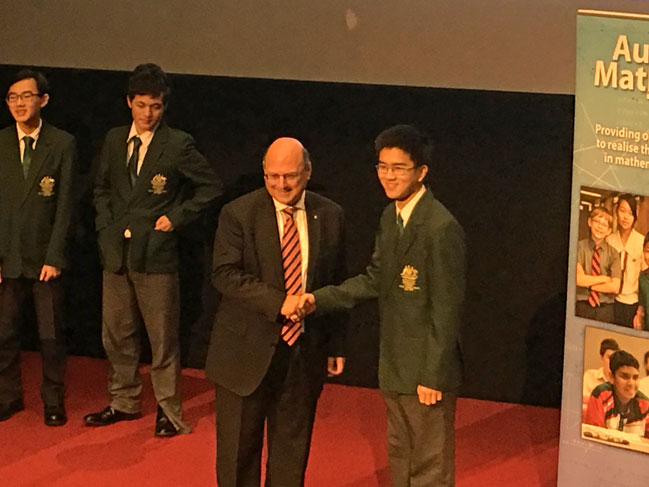 As a child, William Hu (Year 11) enjoyed music and puzzle books. In between composing his own pieces and playing the piano, he was engrossed with solving puzzles, where the patterns in numbers and shapes never failed to fascinate him. He still loves music and puzzles to this day.

Next month, William will be heading to Rio de Janeiro, Brazil, to participate in the 58th International Mathematical Olympiad (IMO). He is one of six students selected to represent Australia in this year’s Mathematics Olympiad. They will compete in the world’s toughest mathematics competition against more than 600 of the world’s smartest students from over 100 countries.

Head of Mathematics Mr Khee Lim says, “This is a great achievement for William who is currently in Year 11 studying Music, Mathematics Methods, Mathematics Specialist, Literature, Japanese, Chemistry and Physics. We wish him the very best as he journeys to make waves in Rio de Janeiro.”

William, along with the other young Olympians, received his Australian team blazer before the Federal Minister for Industry, Innovation and Science, Senator the Honourable Arthur Sinodinos AO, at an official team announcement ceremony held at Parliament House, Canberra on Monday 19 June.

When asked about what he looks forward to most at the International Mathematics Olympiad, William says “I look forward to the chance to make international friendships with people who hold similar interests.”

William is hoping to continue his studies in Mathematics and possibly Music at university.