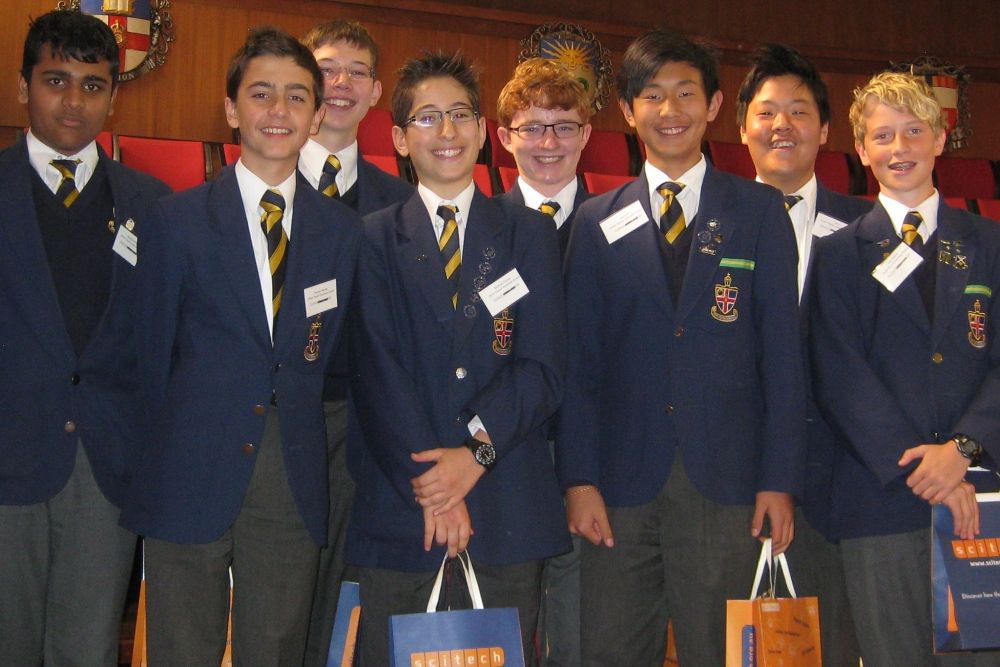 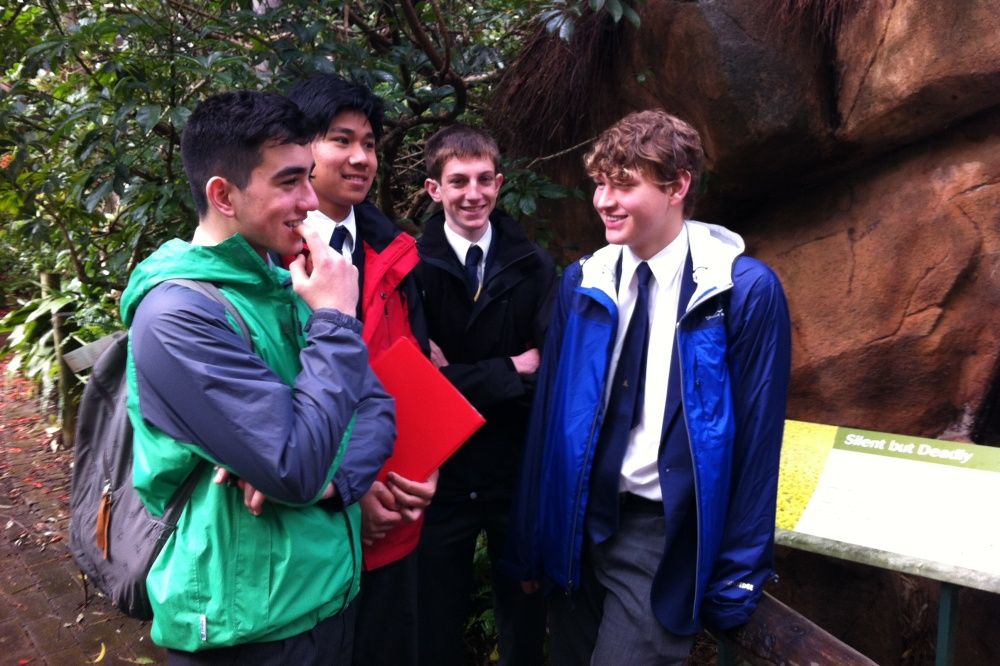 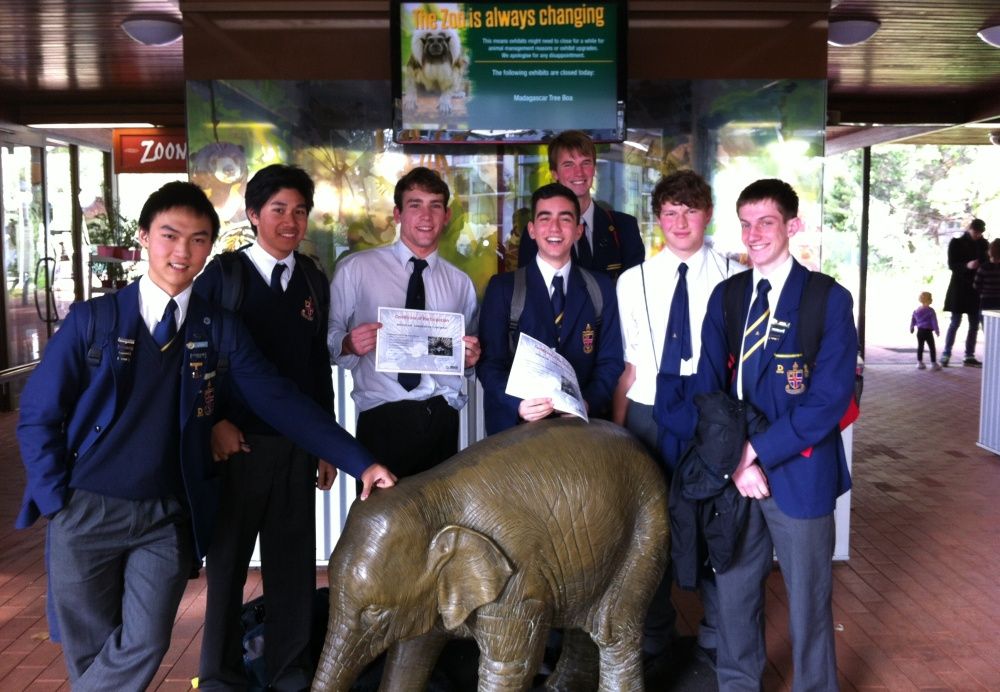 The Science Department engaged boys in a number of events as part of National Science Week last week. A group of Year 9 boys visited UWA’s annual Science Café, Year 12 students took part in Perth Zoo’s Biology Day and the wider community was invited to learn about the work of forensic scientists.

On Tuesday, Year 12 Biology students learnt about some of Perth Zoo’s breeding and conservation programs as part of Biology Day, which supports the 3AB Biology Course. These included the echidna, numbat, dibbler and western swamp tortoise as well as the world’s first successful captive breeding program for the white-bellied frog and sunset frog.

Head of Biology Megan Pentony said the boys heard from a variety of speakers including the Directorate of Animal Health and Research, a genetics researcher and an environmental regulation researcher. They were also treated to a meeting with the newest members of the zoo – two pure-bred dingoes, which are under threat of extinction due to their hybridisation with the domestic canine.

On Wednesday, Head of Science Michael Masterton took eight Year 9 students to the annual Science Café event at UWA’s Winthrop Hall. The Science Café gave students an opportunity to meet and speak to a range of scientists about their work with an aim of assisting them to make choices about future studies and possible career pathways.

Students spoke to a variety of scientists and came away from the event with a much better idea of the nature of different science careers. “A highlight was hearing from Dr Chris Smith, Britain’s ‘Naked Scientist’, who entertained us with his encyclopedic knowledge and fantastic ability to be able to answer any question posed of him,” Mr Masterton said.

On Thursday evening, about 50 people braved the wild weather to attend ‘What is it really like to work as a forensic scientist?’ – a talk hosted by the Chem Centre’s Sarah Lau. The centre is the School’s scientist-in-residence for 2013 and this was its first event. Sarah ran a panel discussion posing questions to three forensic scientists; John, who spends his days analysing animal fluids for traces of illegal substances; Jess, who analyses substances at illegal drug labs; and James, who analyses evidence left behind at crime scenes (in particular, traffic accidents).

“It was great to hear the scientists describe their day-to-day work and we were fascinated to hear their telling of the importance of the scientific process in ensuring that evidence collected could stand up to scrutiny in court,” he said.

Mr Masterton said the event was well received by parents, teachers and students and the department looked forward to a follow-up visit at the Chem Centre’s labs and welcoming them back into classrooms for further sessions. 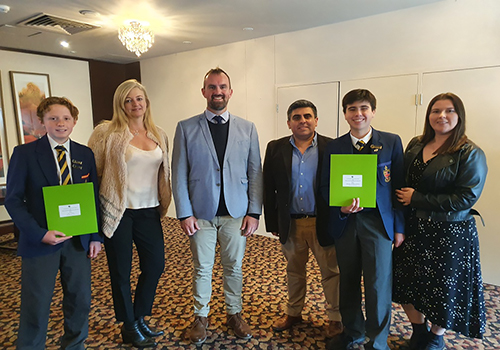 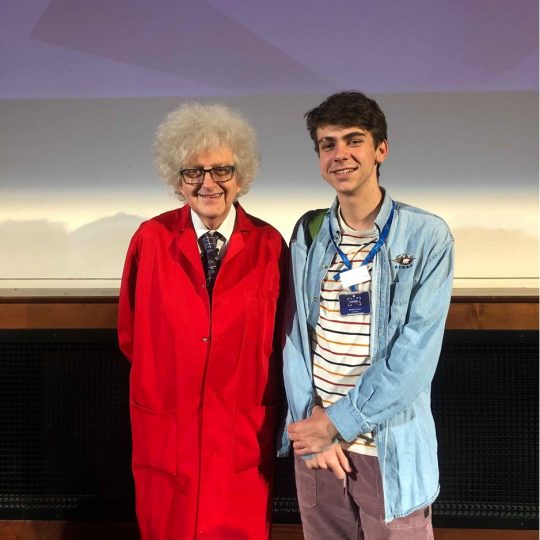