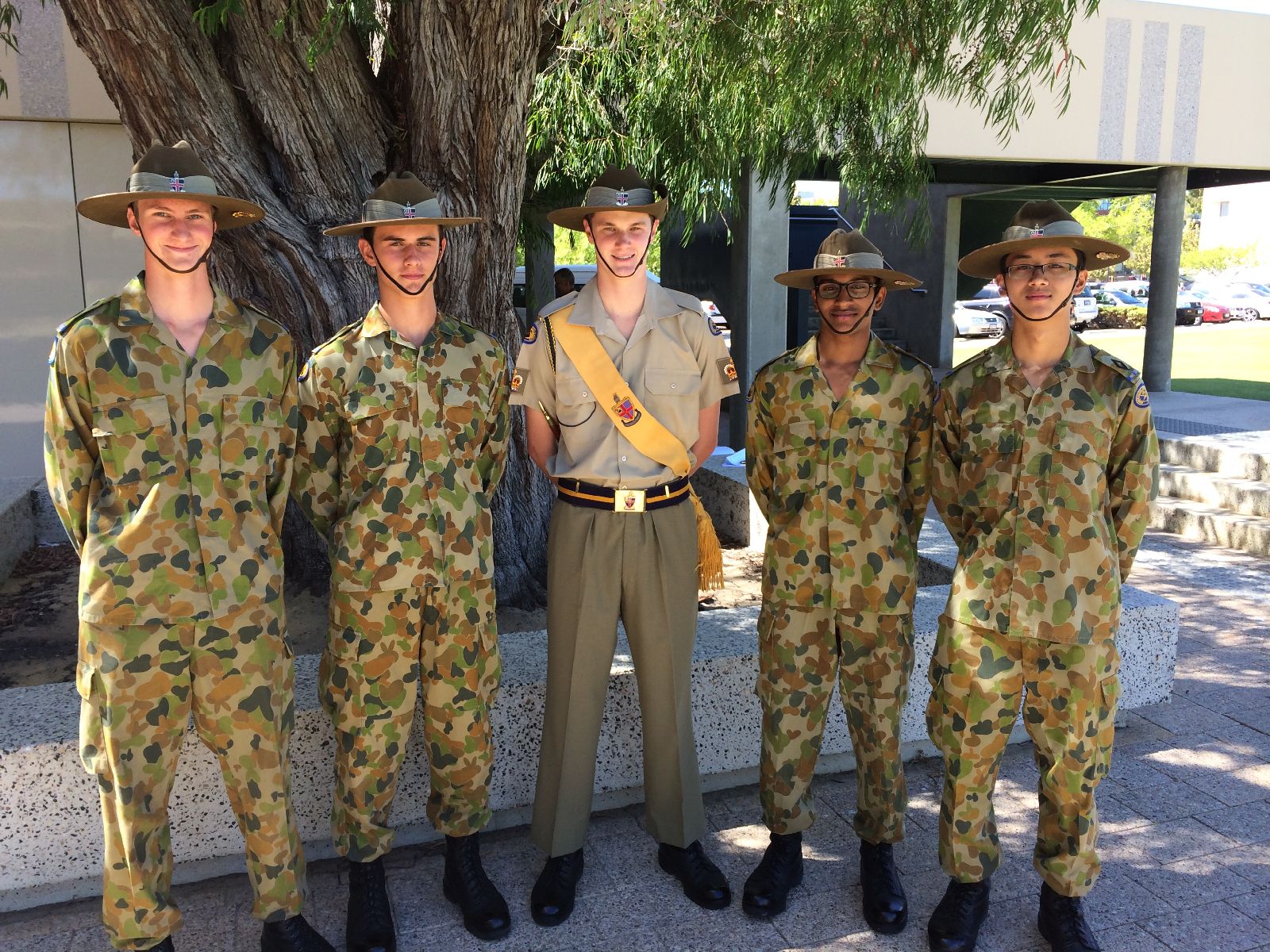 In January, five senior cadets attended Cadet Under Officer (CUO) and Warrant Officer courses held at Leeuwin Barracks and Bindoon Training Area. Co-ordinator of Army Cadets Duane Nurse said the courses prepared the boys for their leadership roles within the unit this year.

Officer Commanding, Captain Conrad Scott, who was a senior instructor on the Warrant Officer course, said the temperature did not drop below 30 degrees for the duration of the field phase.

Dewammina Gammanpila was awarded Dux of the CUO Course out of 18 students. He was promoted to the rank of CUO and allocated the senior cadet position of Adjutant of the Christ Church unit. CUO Gammanpila said completing the course was a fantastic experience for all the boys. “We are now well equipped and armed with the necessary skills to bring home the chrome-plated SLR for Best Cadet Unit once more,” he said.

Ben Nagappa, Brandon Afiat and Jonathan Knight also attained the rank of CUO and were allocated Platoon Commander positions. Lachlan Webster performed strongly in the Warrant Officer course and was promoted to Warrant Officer Class 2 and the role of Company Sergeant Major.

Captain Nurse said it was wonderful to see 2013 leaver CUO David Linehan as a volunteer instructor on the course.