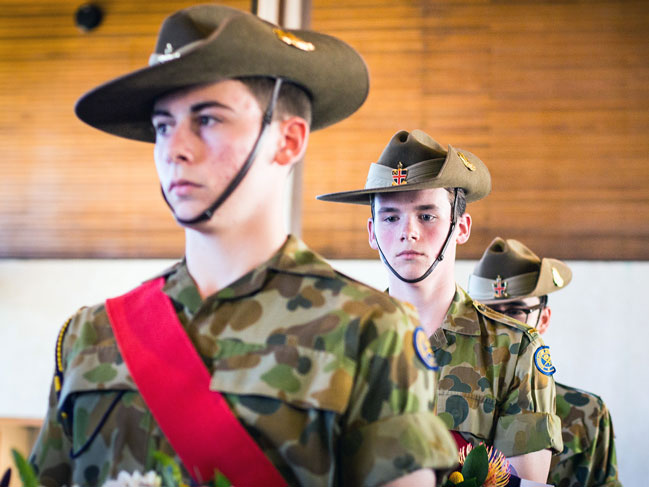 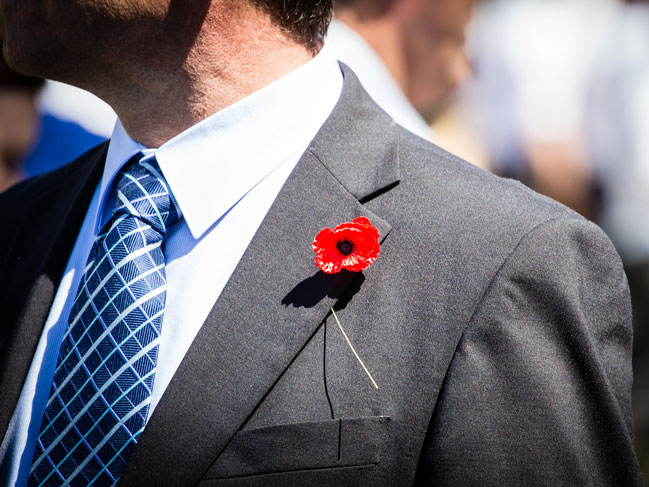 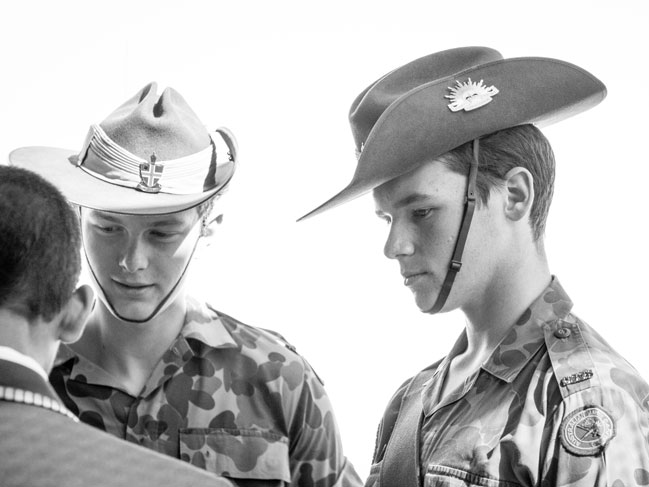 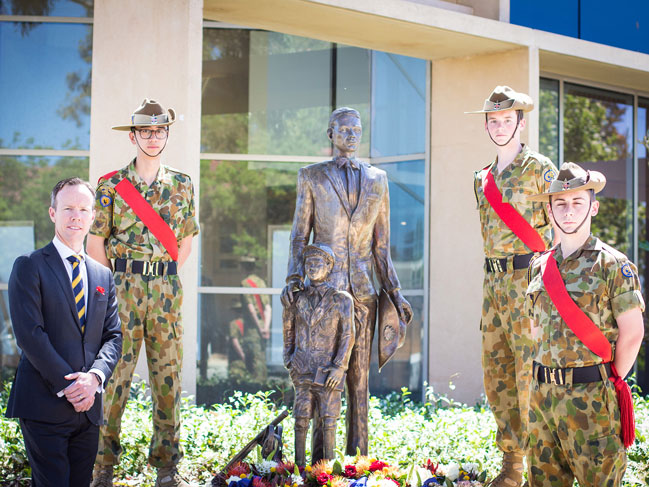 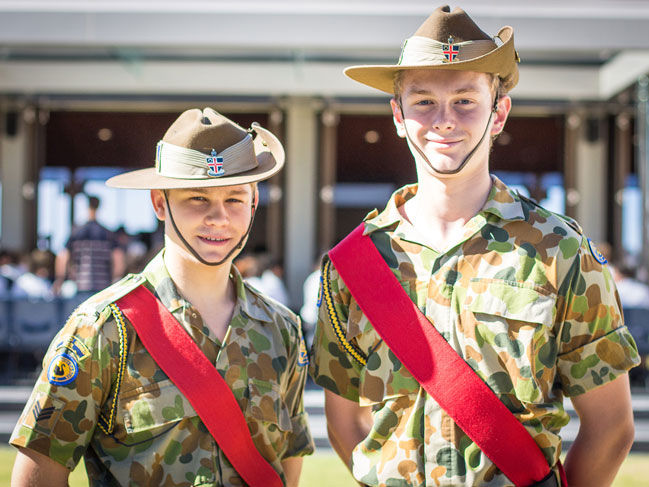 Grandparents and grandfriends of boys from our Senior School gathered in great numbers last week join the commemoration for Remembrance Day, honouring past servicemen and Christ Church old boys who have sacrificed their lives during war.

The service was officially opened by two of our cadets, both marching into the Chapel with the Australian flag in arm and pausing on stage for the duration of the service.

Special guests Tom Nattrass (OBA President) and Karen McQuillan (President of the Parents’ Association) formed part of the official party laying wreaths on stage as a tribute to those who served wartime.

The Ode was read by Year 6 Captain James van Dongen before The Last Post was performed to formally conclude the service.

To conclude the morning, all grandparents and grandfriends were invited to Sandover Dining Hall for morning tea.