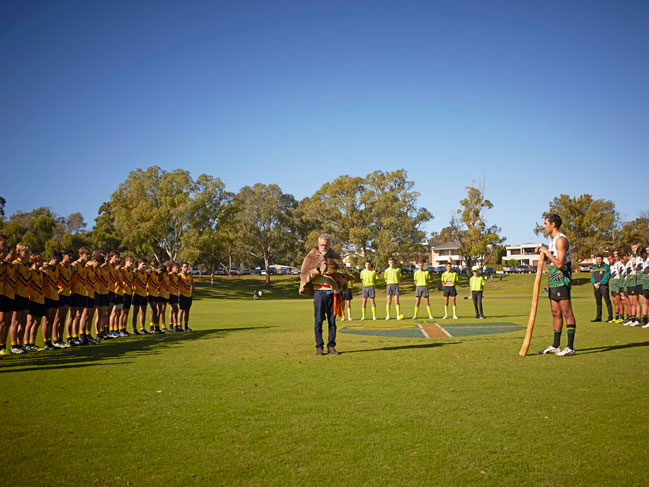 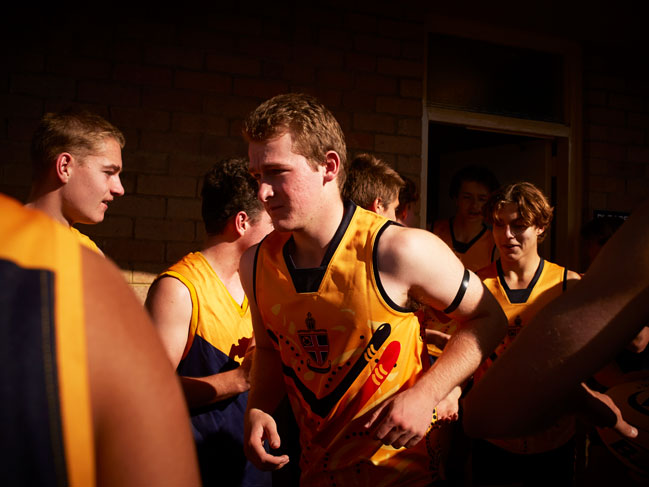 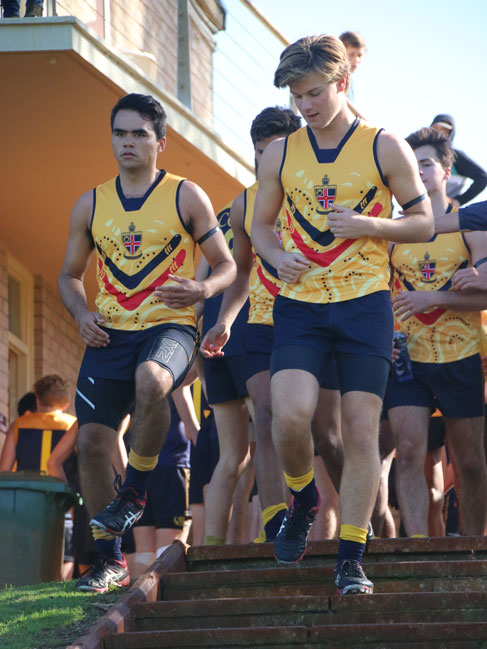 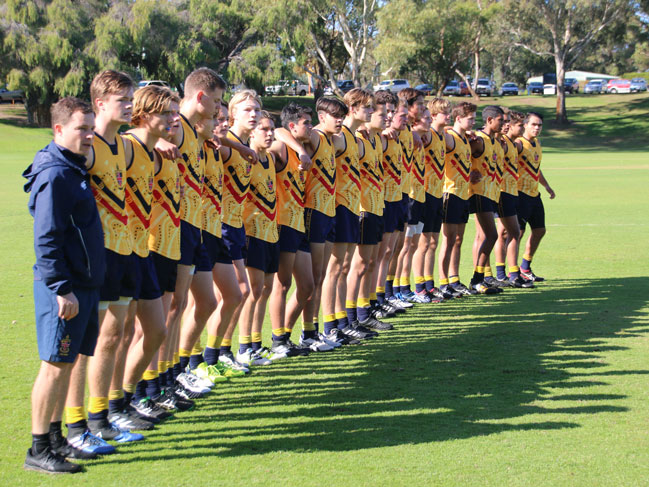 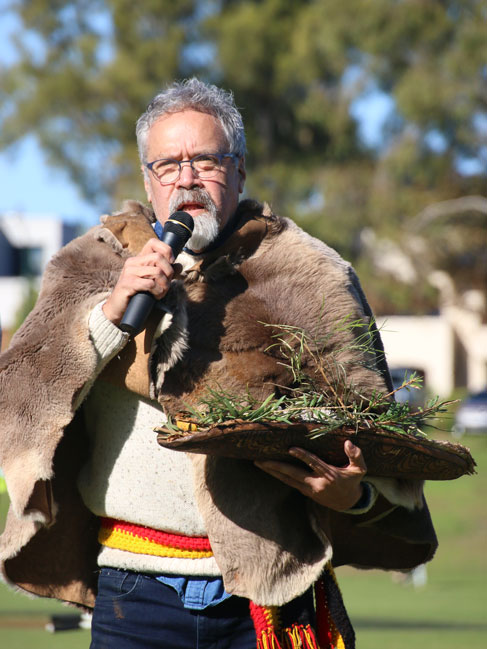 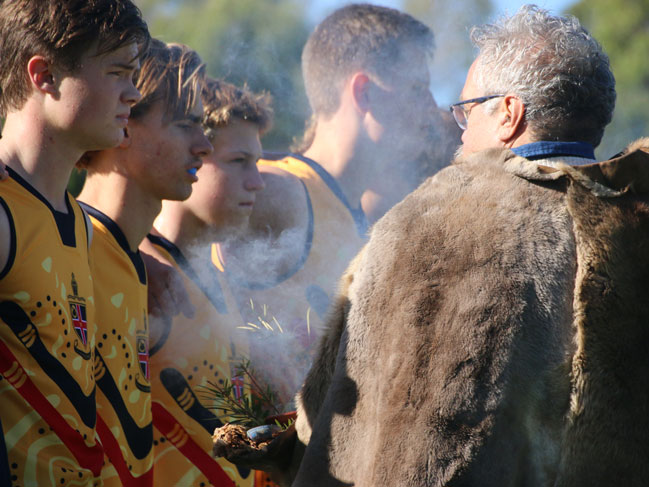 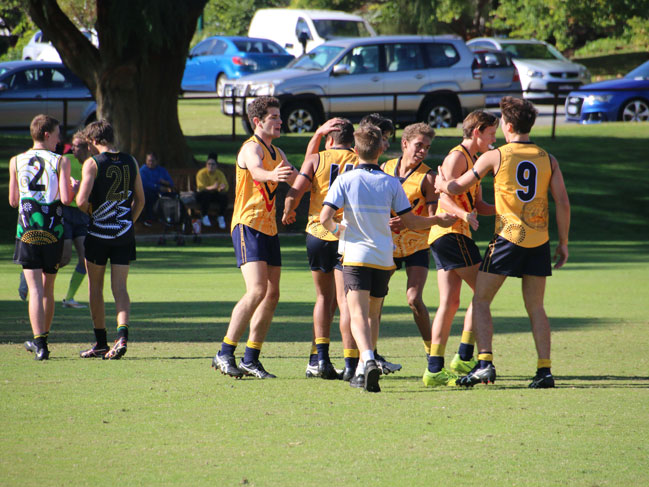 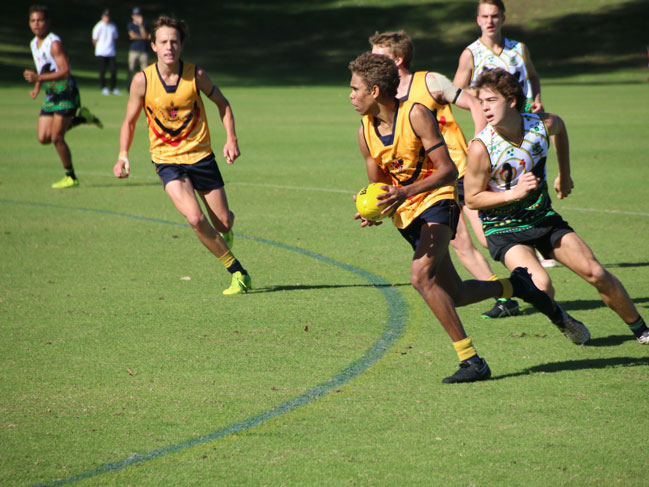 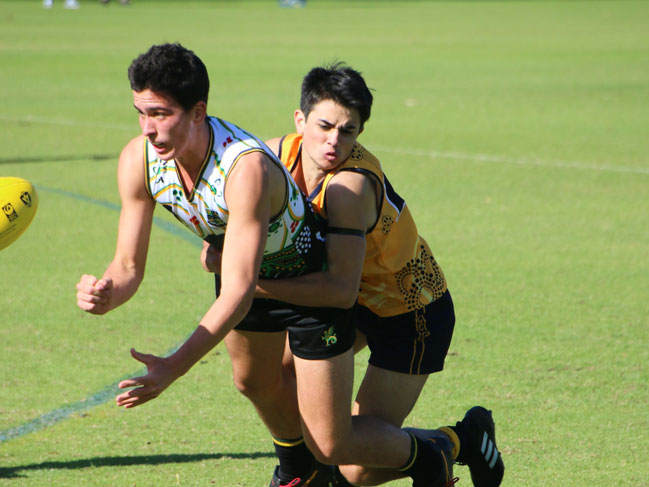 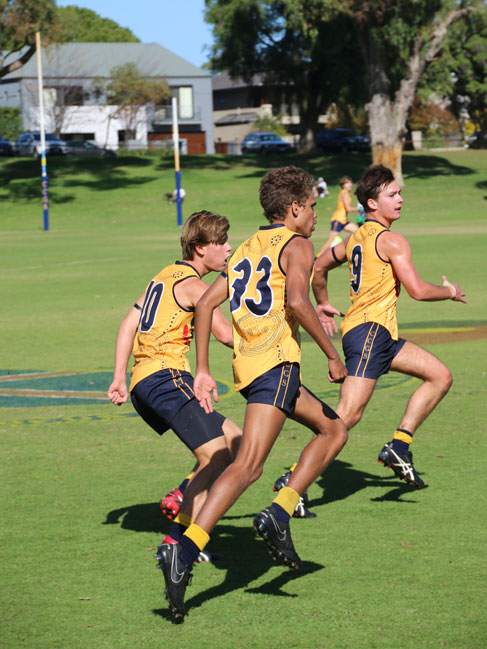 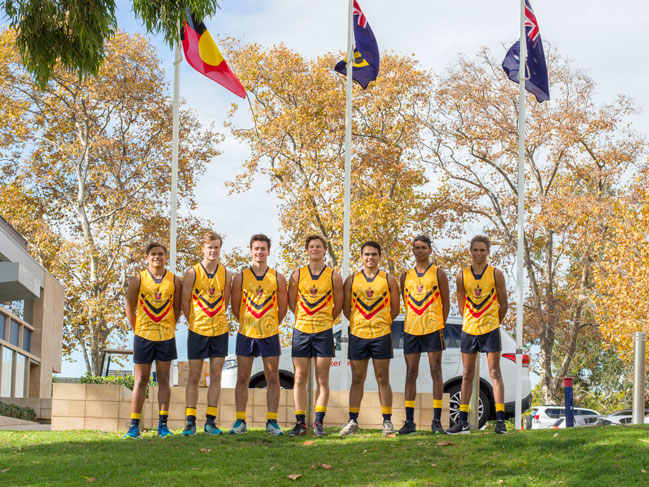 Christ Church took on Wesley College on 27 May, our team starring Indigenous boarders Lewis Henry, Brodie Albert, Liam Henry and Isaiah Butters, alongside players of our Firsts football team. The game started with Indigenous boys from both schools meeting in the middle of the field to welcome one another and complete a toss of the coin.

“Despite losing to a talented team the boys played extremely well and should be proud of their performance”, said Christ Church Indigenous Program Co-ordinator, Mr Michael Ralph.

“The annual Indigenous round is a special occasion not only for the Indigenous boys and their families but also the players, coaches and spectators who come together to celebrate Indigenous people, players and culture.”

“The boys are very proud of the significant occasion and it’s fantastic that the PSA schools as a collective group celebrate the Indigenous round together. The talent and skills on display from the Indigenous boys is exciting to watch.”

With special guidance provided by Lewis, Brodie and Rahamat Bin Bakar, an Indigenous football jumper was created and worn by our football team during the game against Wesley. Similarly, Wesley also wore an Indigenous round jumper designed by their Indigenous boys.

Key highlights of the day included a Welcome to Country and smoking ceremony conducted by Curtin University Elder in Residence and Wajuk Nyungar, Simon Forrest. Congratulations to Wesley on their win.