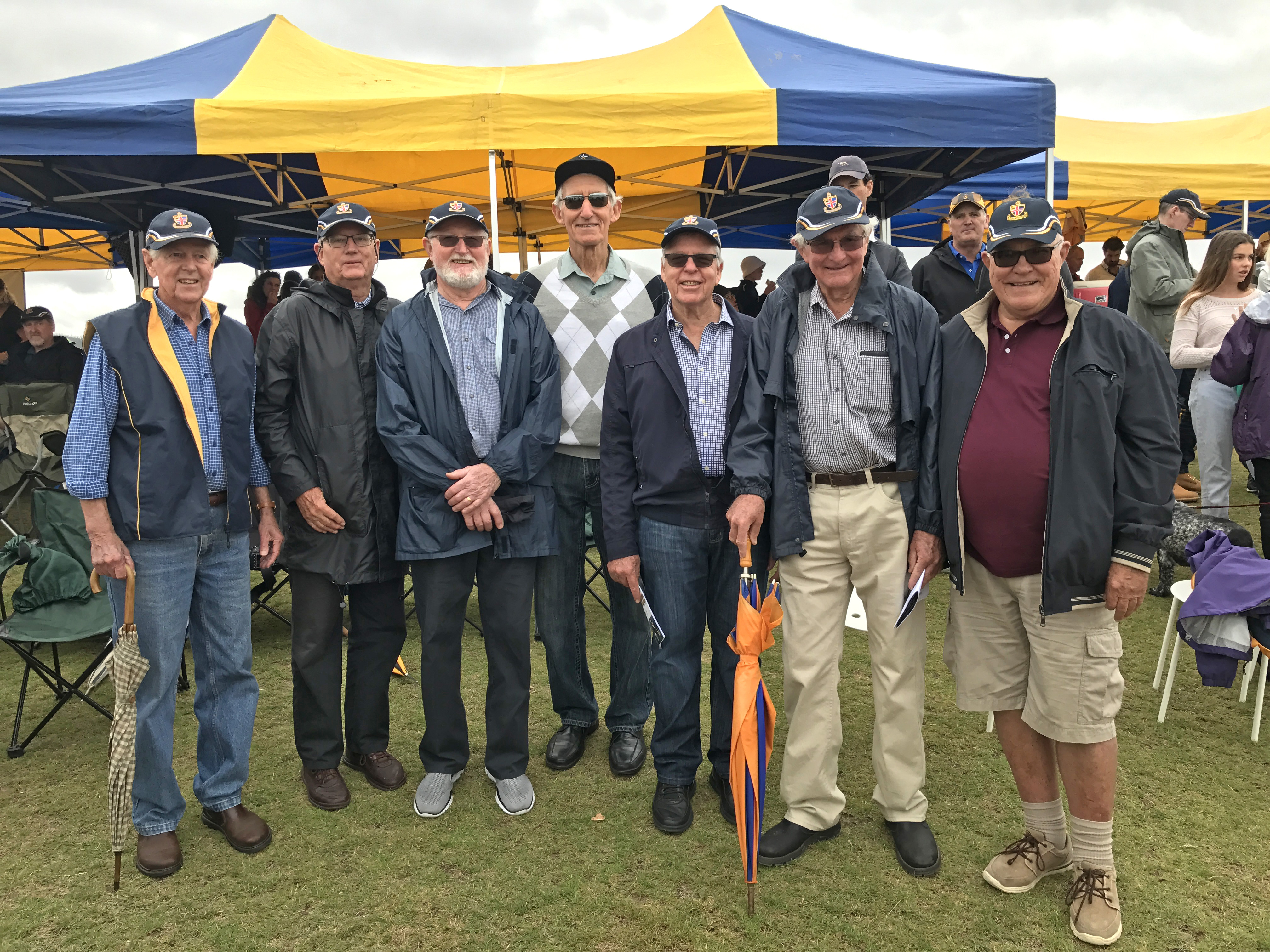 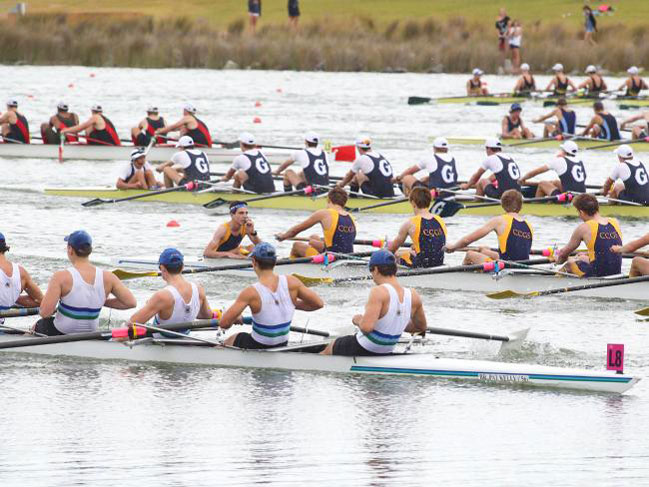 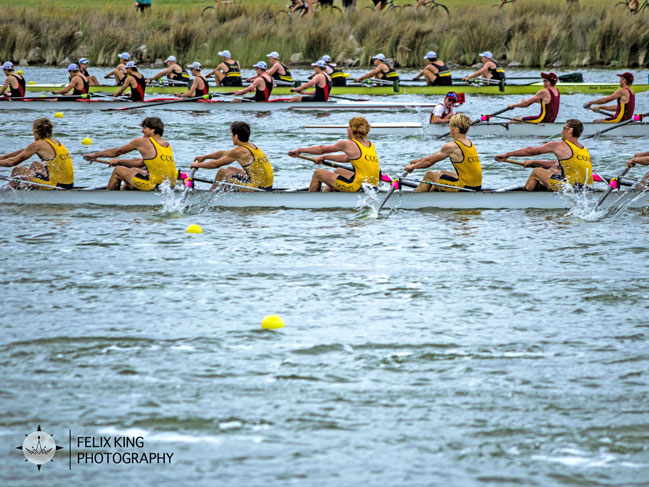 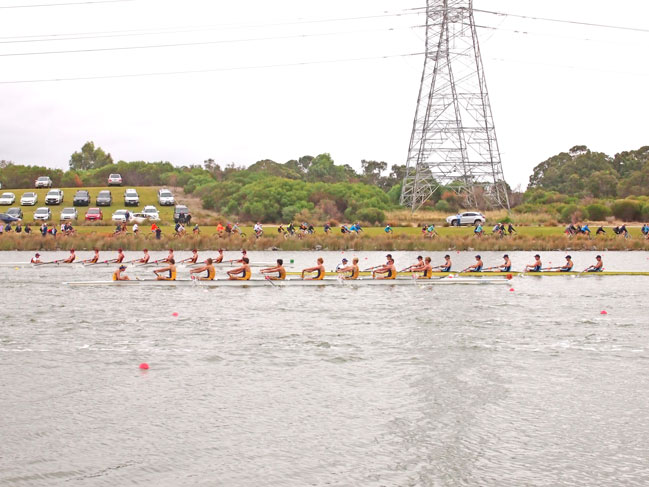 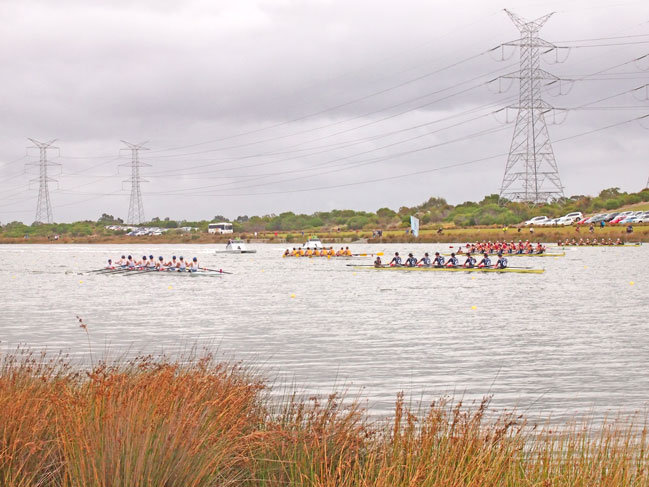 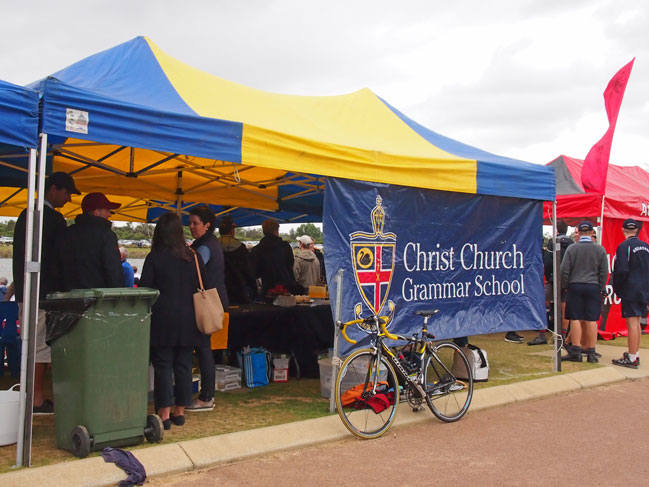 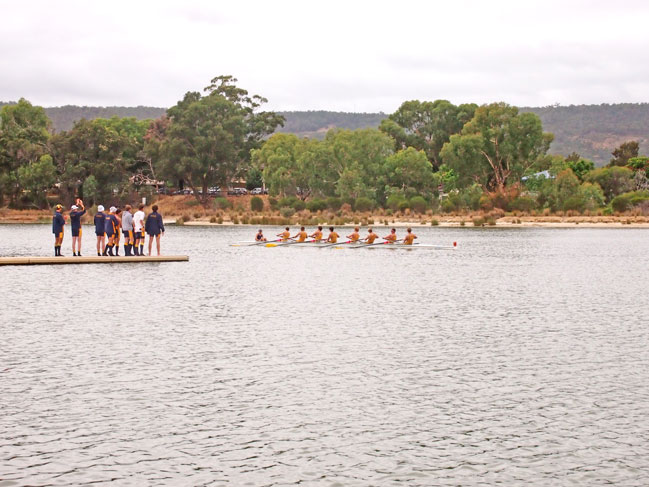 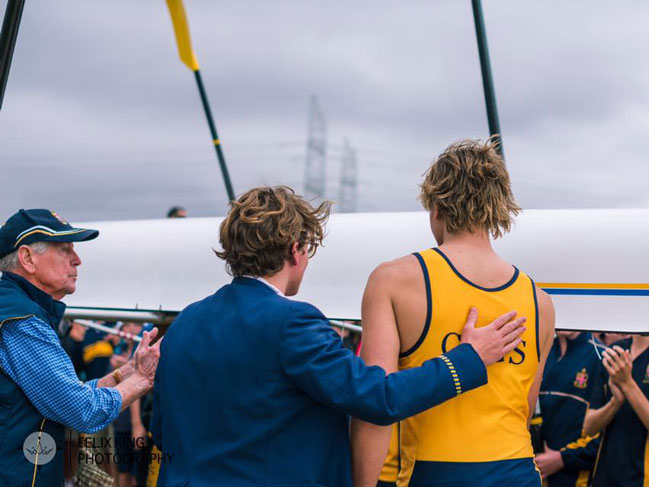 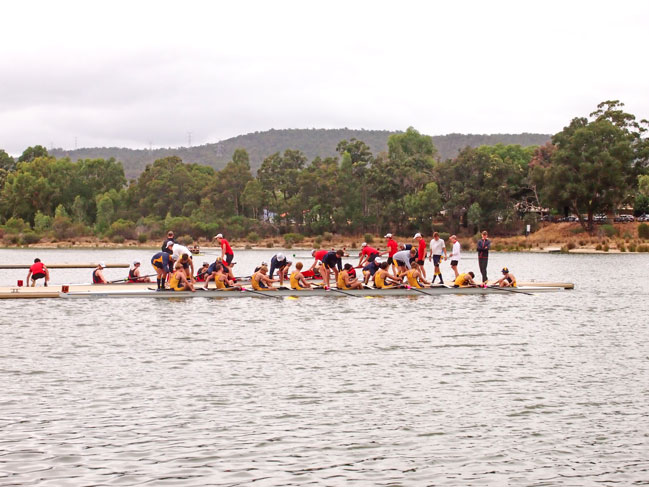 Last Saturday morning saw a fantastic community event at Champion Lakes with the prestigious 2017 Head of the River Regatta. Families and members of the school community showed up in great numbers to provide support and cheer our rowers on as they headed for the finishing line.

The School was honoured to have its rowing crew of 1957 at the regatta. Every year, for the past eleven, they have come together to celebrate being the first group ever to compete in this event (Rowing was included as a PSA sport in 1957) and also their victory as winners of the 1958 Head of the River. The night before the event the crew joined our rowers for a pasta dinner, sharing words of wisdom and motivation ahead of the big day.

All Christ Church rowers performed well at the regatta, with several second and third placings throughout the morning. Our 9A placed second while 9B and E rowers came third in the 9s Quads. 10A and B Eights put in a great effort and both finished second in their races.

In tough conditions this year our First VIII rowers claimed fifth place ahead of Aquinas and Wesley. Guildford won the race on the day.

“After a long, well run training program and great boat speed in the final week, our result was disappointing to say the least. Saturday didn’t reflect the season we had. Well done to Guilford as they were clearly the better team who deserved the win”, says Captain of Boats, Ben Boultbee.

A great clip of our boys leading a cheer for our rowers can be viewed below.