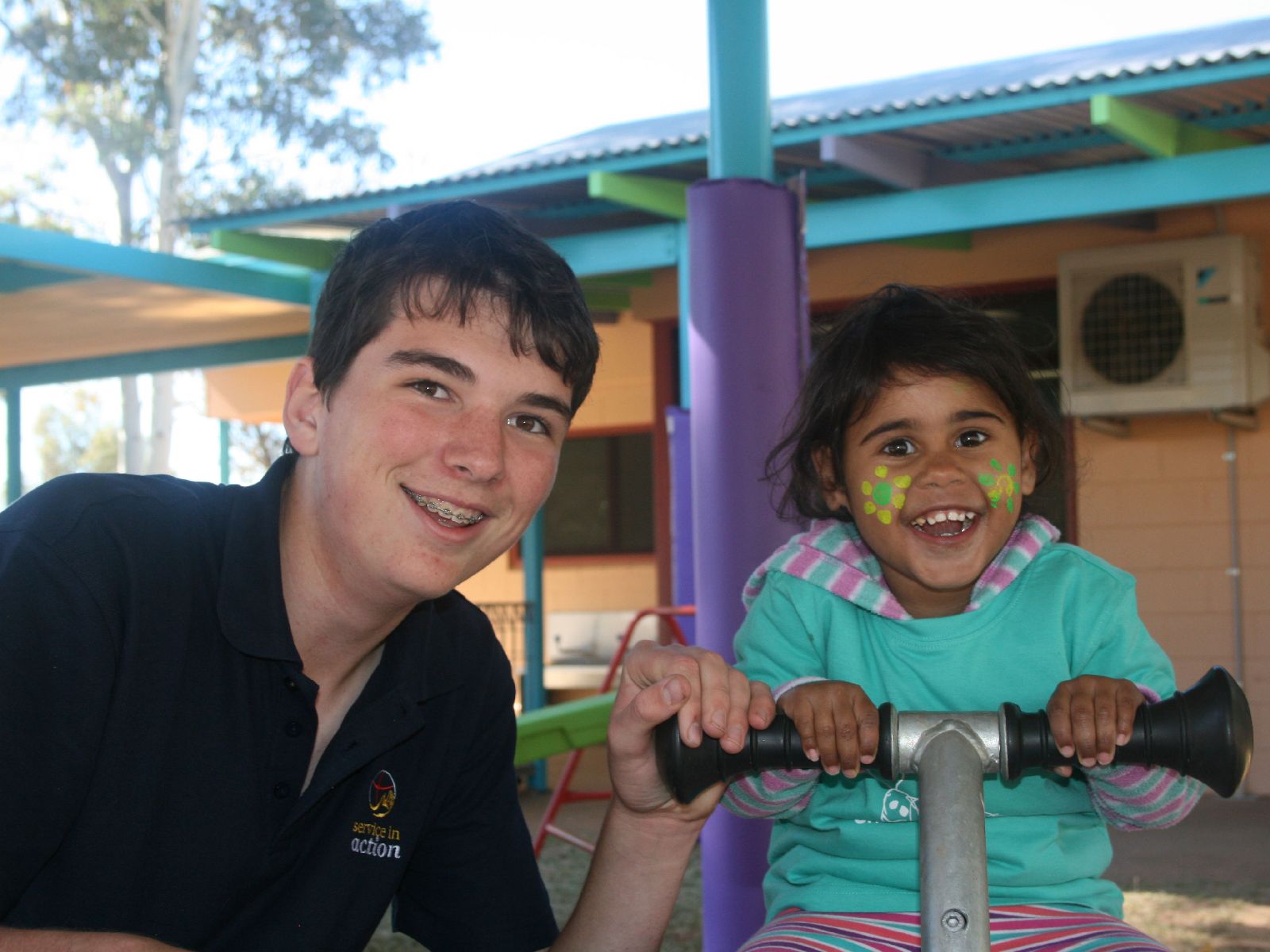 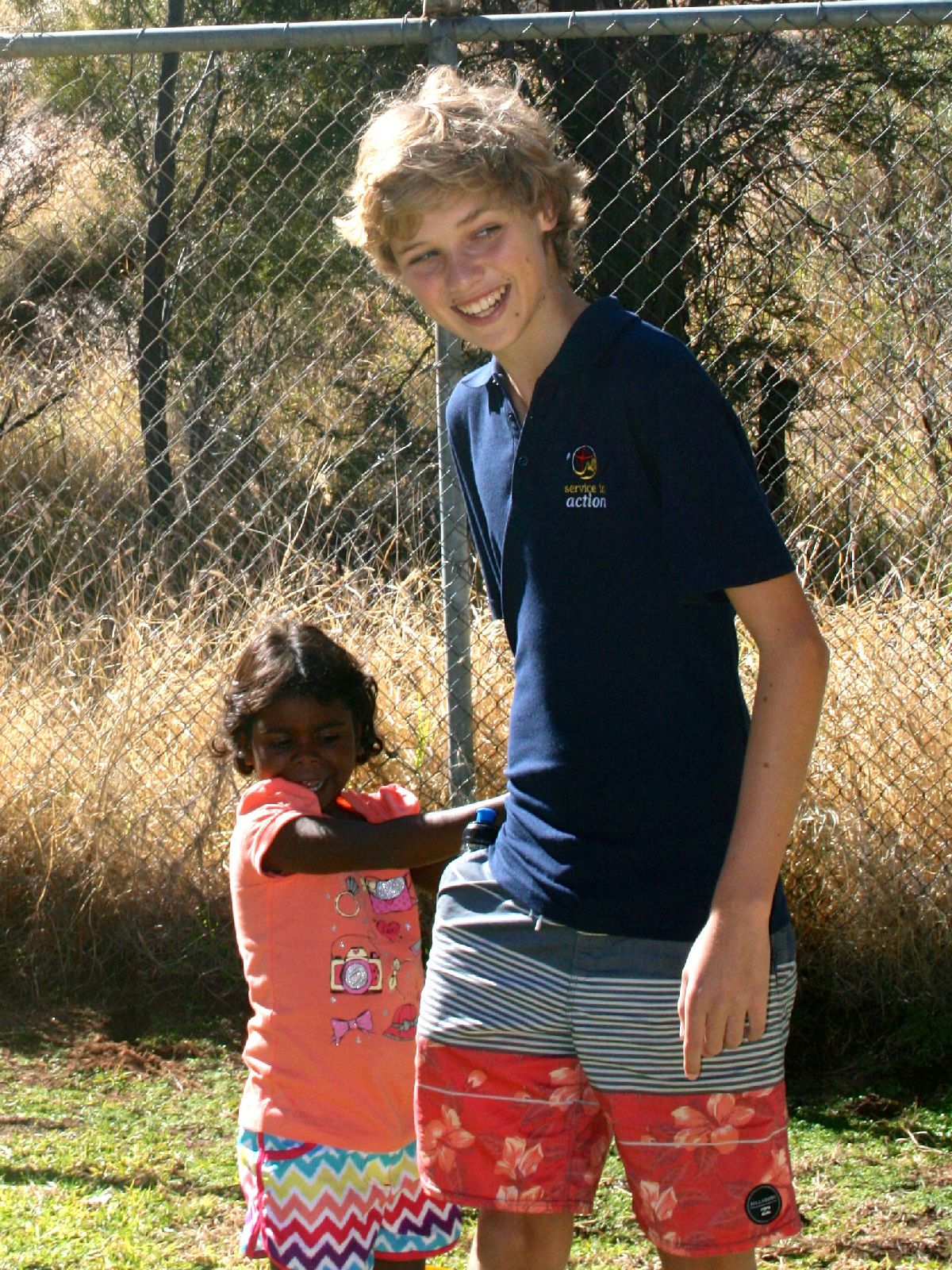 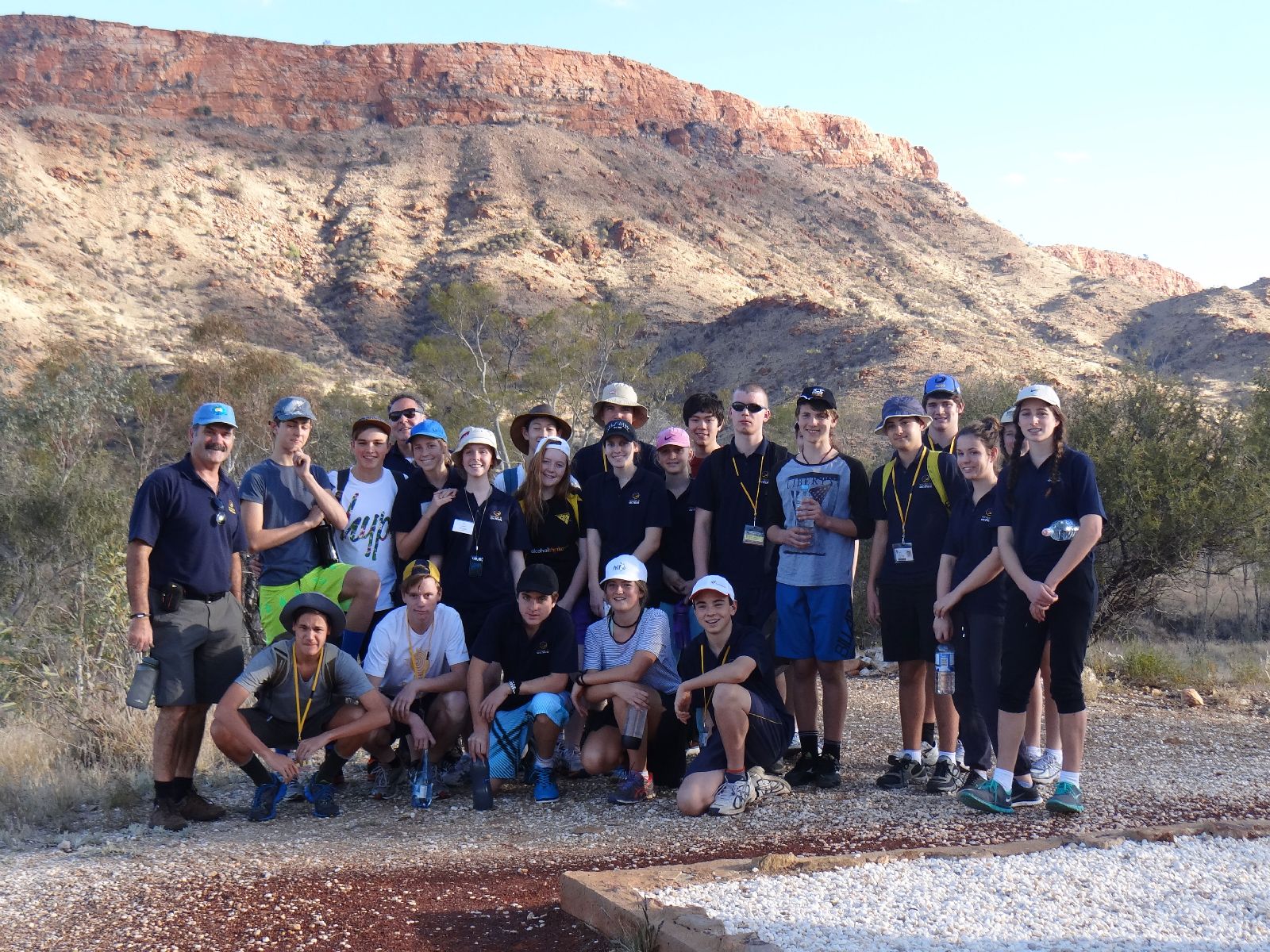 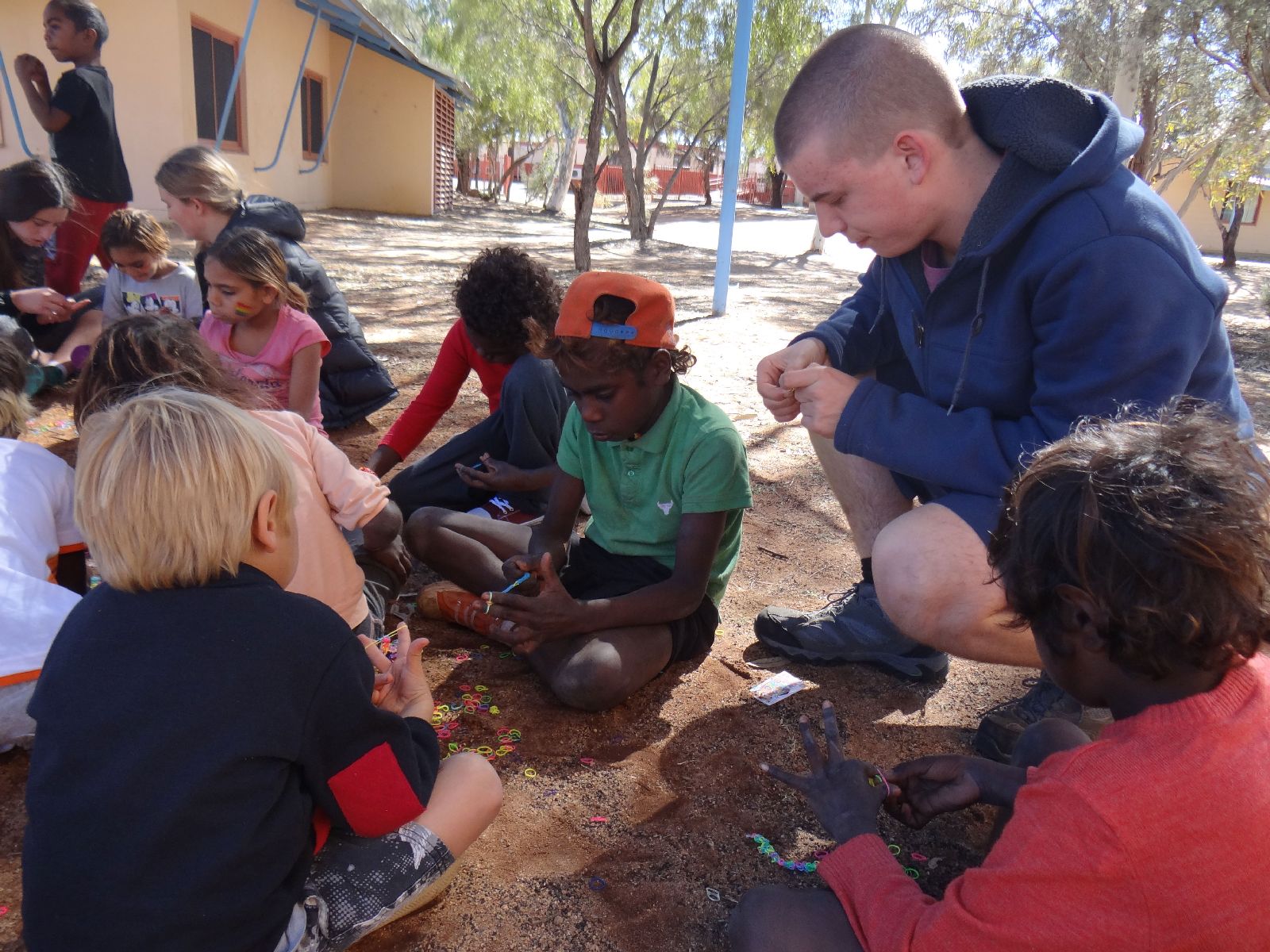 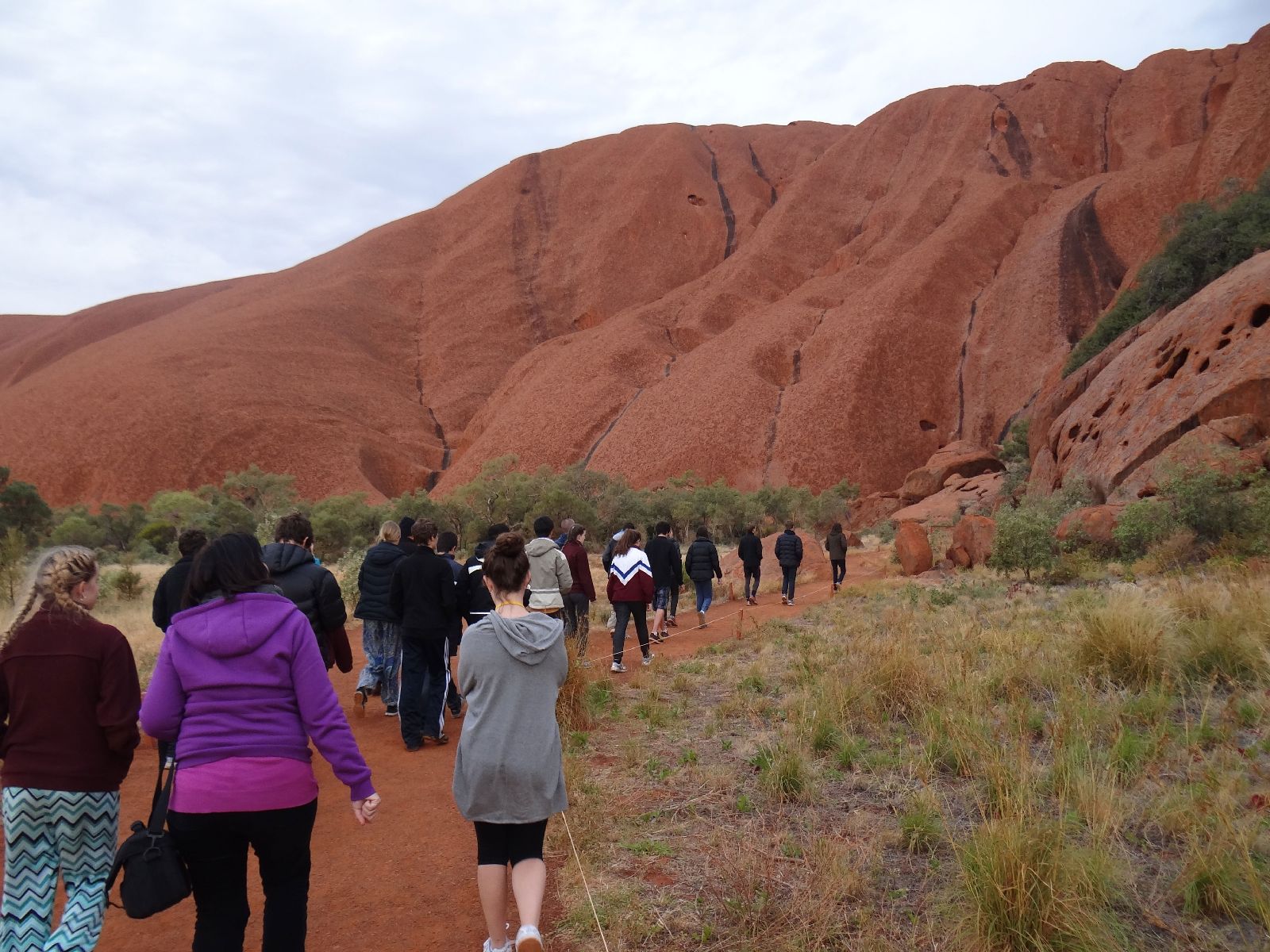 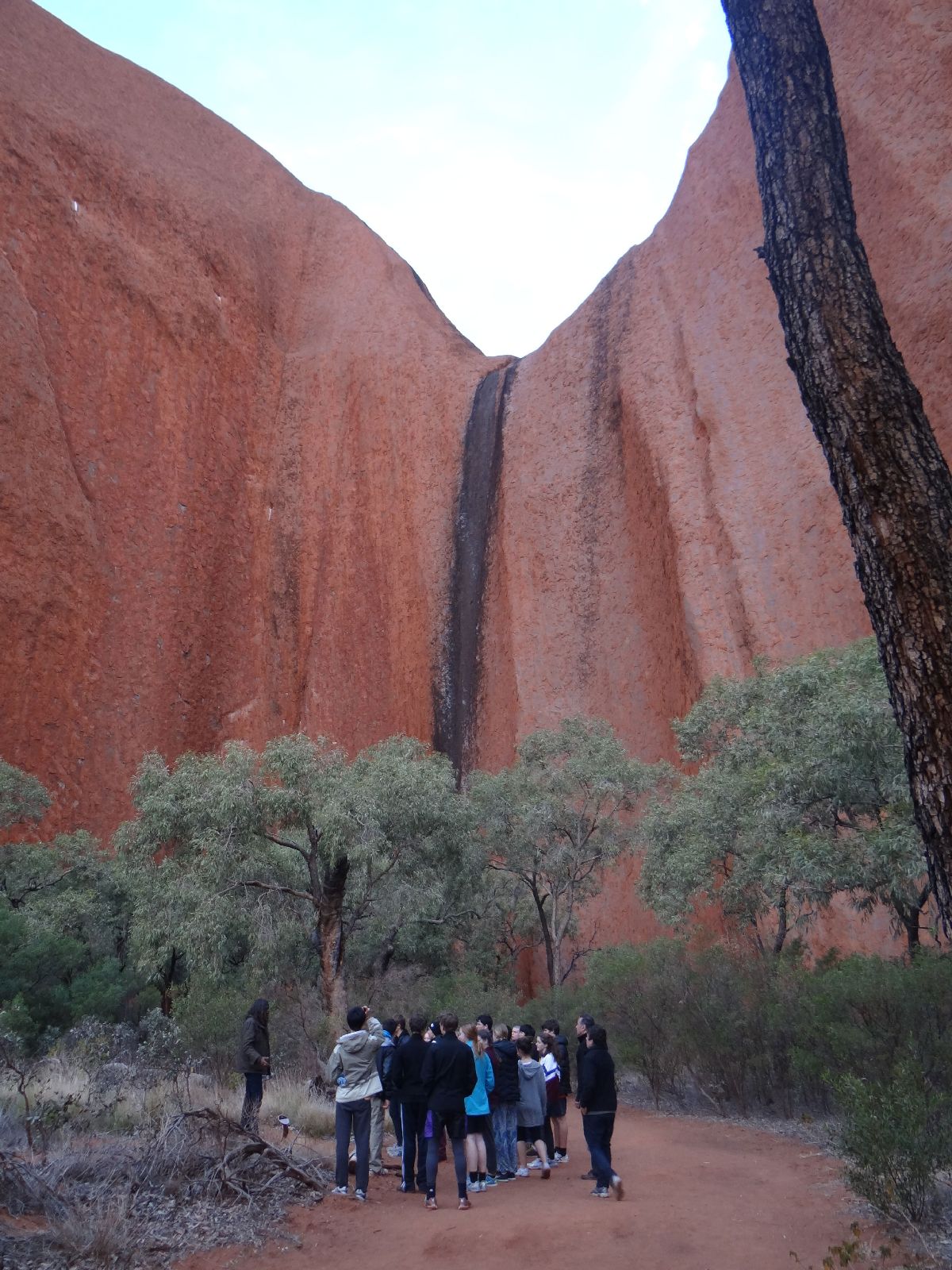 In the school holidays, 24 boys and girls from Christ Church and St Mary’s Anglican Girls’ School, staff and a parent, were part of the Service in Action (SIA) trip to Alice Springs. For Mitch Barrington (Year 12) and Owain Chandler (Year 10), returning to the Yipirinya School and sharing the experience with others there for the first time was even more meaningful.

Yipirinya School is an independent Indigenous school whose connection with Christ Church dates back to 2008. This year marked the seventh trip to the community. Over 10 days, SIA participants offered their services inside and outside the classroom, from assisting with childcare through to secondary classes, to cleaning and food preparation.

Mitch Barrington, who was part of a father-son experience to Yipirinya in 2011, said one of the highlights for participants was visiting the town camps and seeing the government housing where students lived. “For me, this was one of the saddest parts of the trip, as since the last time I was in Alice Springs, the living conditions of these kids hadn’t changed,” he said.

Mitch said the group learnt about the Aboriginal way of being. “The kids couldn’t care less about where you’re from or what you do, the culture is about being present with the people you are with, a value the group definitely developed,” he said.

A highlight for the group, aside from meeting the school’s ambassador Jessica Mauboy, was a three-day trip to Uluru, Kata Tjuta and Kings Canyon, which included talks from Aboriginal elder Keith and 16-year-old Yipirinya student Willie. Owain Chandler, who said his return to Yipirinya for a third time was evidence of the power of the experience, said Uluru provided the group with their first real insight into the Indigenous way of life.

“Keith told us tales and legends of the ‘rock’ that he had heard firsthand from elders before him as Uluru was his country,” Owain said. “With his ability to tell us stories which had been painted thousands of years ago and his sand maps, the whole group learnt something that can never be taught in a classroom.”

Director of SIA Richard Pengelley said the support, good educational role modelling and positive interactions at Yipirinya were a pleasure to behold, as was the students’ deepening understanding of Indigenous Australia. 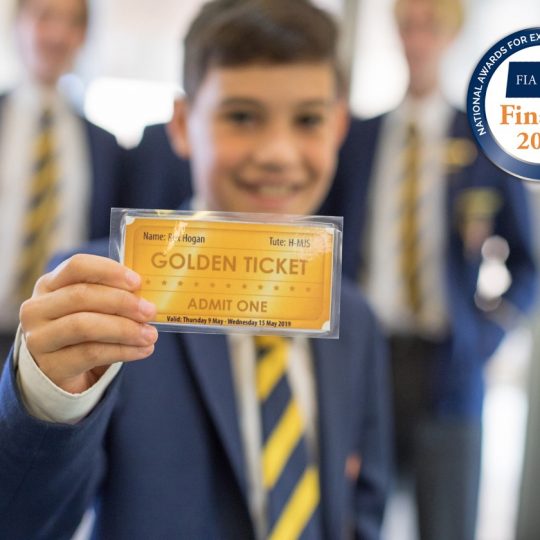 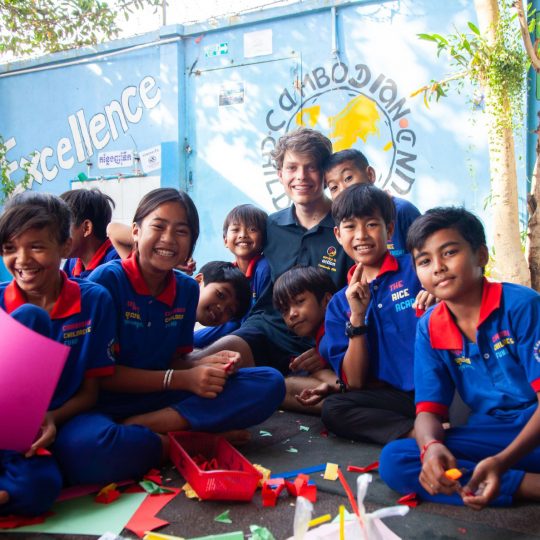