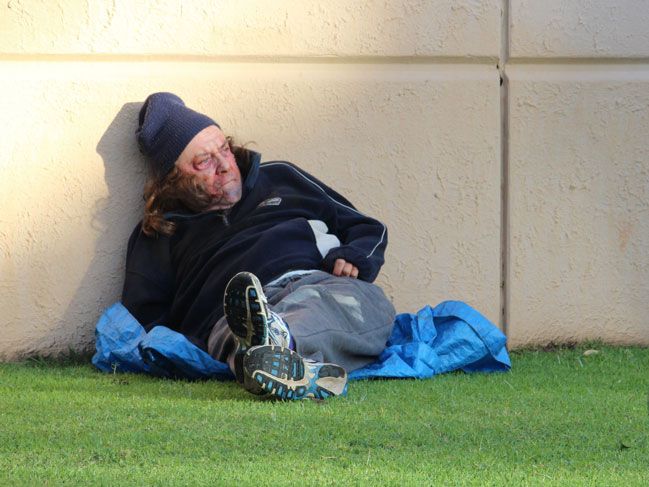 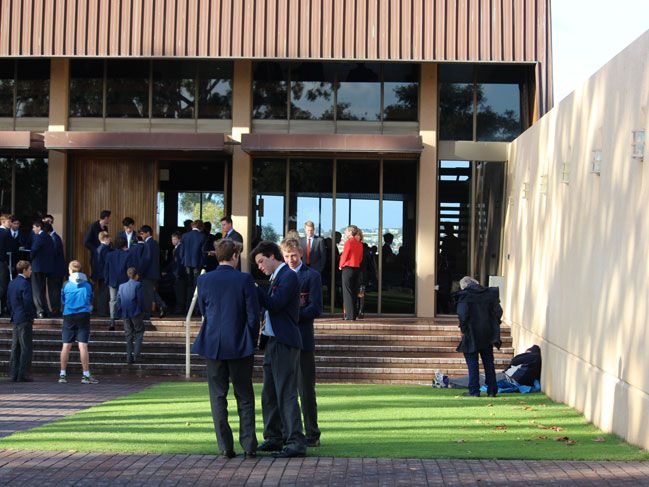 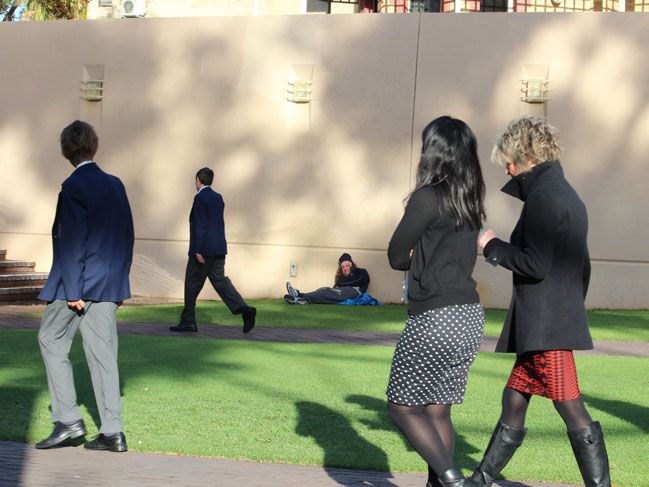 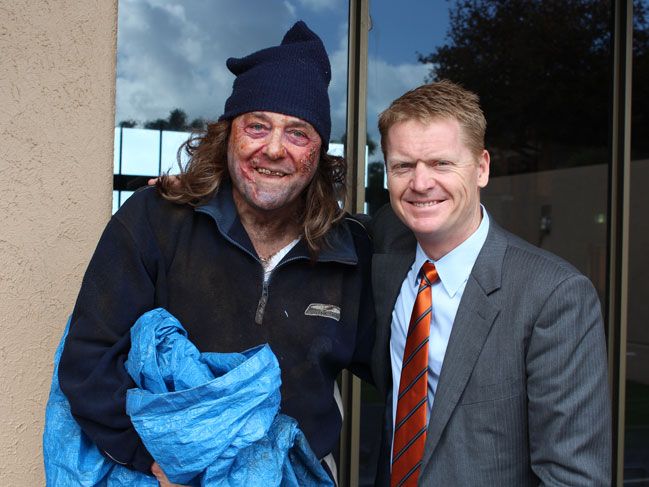 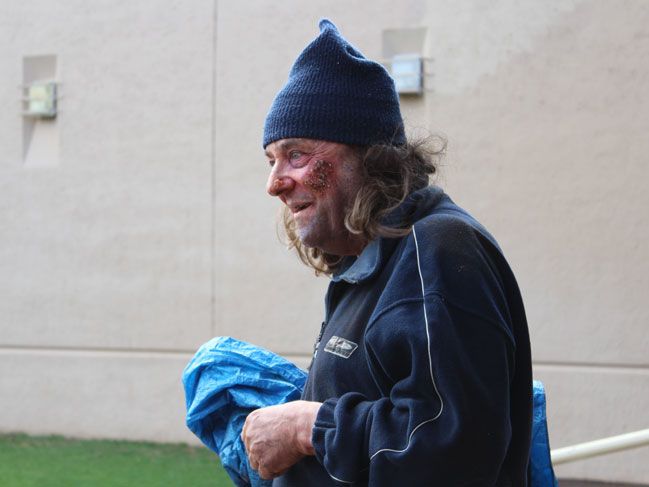 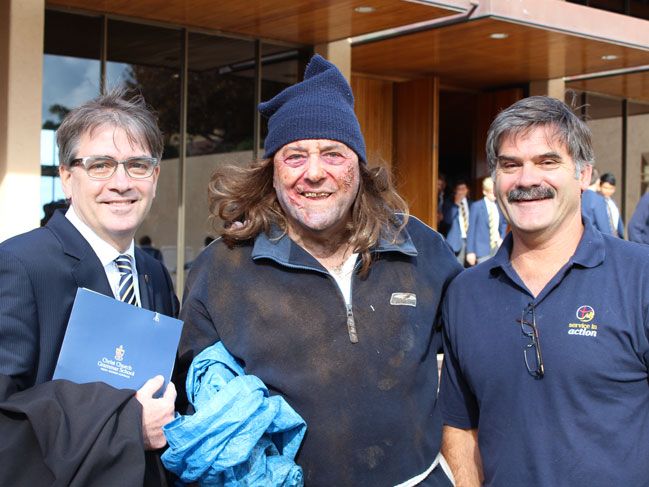 As boys and staff arrived at Thursday morning’s Senior School Assembly, they were met with a most unusual sight – what appeared to be a homeless man lying in the Chapel forecourt.

The unexpected visitor, who drew hundreds of side-glances and puzzled looks, turned out to be someone very familiar to all. A leading make-up artist had transformed School Chaplain Frank Sheehan into a barely recognisable version of himself.

The exercise was modelled on last year’s St Bartholomew House’s Homeless Experiment, where six WA business leaders were transformed and went undercover as homeless people to raise awareness. One of them was Atlas Iron Chairman David Flanagan, invited by the Centre for Ethics to speak on this experience to boys.

Mr Flanagan, who is also the Chancellor of Murdoch University and a high-profile philanthropist, shared how his experience provided him with a real insight into how the way you looked and behaved had a massive impact on the way people treated you.

He said being treated like you were worthless could make you feel worthless and that if you felt worthless or useless you were going to find it harder to get the confidence to put your life back together. “What we can do is be respectful of all people, as you don’t know where they have come from in their life.”

Of his experience, Father Frank said he was conscious that people avoided contact. “That was understandable. Most of the looks were those of sadness,” he said.

“I heard David Flanagan’s words and felt inspired by them; inspired by his readiness to do something about homelessness and his strong desire to understand what it might feel like to be on the margins of society.”