Last week, Christ Church welcomed 2013 Young Australian of the Year Akram Azimi, who spoke to members of both the Preparatory and Senior Schools thanks to the Centre for Ethics. Akram shared his amazing story and impressed upon the boys the extraordinary power in sharing their own stories.

Akram arrived in Australia 13 years ago from Afghanistan. He went from being ‘an ostracised refugee kid with no prospects’ to becoming his school’s head boy. An outstanding student, he topped the tertiary entrance exam scores among his classmates and is now studying a triple major (law, science and arts) at UWA.

Intent on giving back to his adopted country, Akram uses his leadership and pastoral skills to help young people in remote and rural WA. In 2011, he co-founded a student-run initiative to raise awareness about indigenous issues in universities. His philanthropic roles have included working with True Blue Dreaming, which helps disadvantaged remote indigenous communities. For three years, Akram mentored young indigenous people in the Looma community in the Kimberley region. He has also mentored primary school students in Wyalkatchem and a Special Olympics athlete to help raise community awareness of disability issues.

At the Senior School assembly, Director of Service Learning and Leadership Canon Richard Pengelley was delighted to introduce his “great friend” to the school community. So close are the two men, that Akram thanked Father Richard in his Australia Day acceptance speech and describing him as a mentor and “an emotional and spiritual father to me”. Akram said everything about Father Richard pointed to leadership and masculinity: “He has a heart as soft as marshmallow and a spine as hard as steel”.

Akram told boys that asking ‘Why?’ went to the core of leadership. “If you always start with the ‘Why?’ and follow the strength of your belief, then people will follow,” he said. Akram later said: “We shape our culture by telling our stories as leaders.”

At a special Prep School assembly, for Years 4 to 6, Father Richard interviewed Akram in a question and answer format, allowing boys to put their own questions to the 2013 Young Australian of the Year.

Akram recalled his mother’s words, during the days when he was bullied at primary school, as a turning point in his young life: “your experience in life is not about how others treat you but about how you treat others.” He said things turned around for him when he decided to share his story with people that had been treating him unkindly. 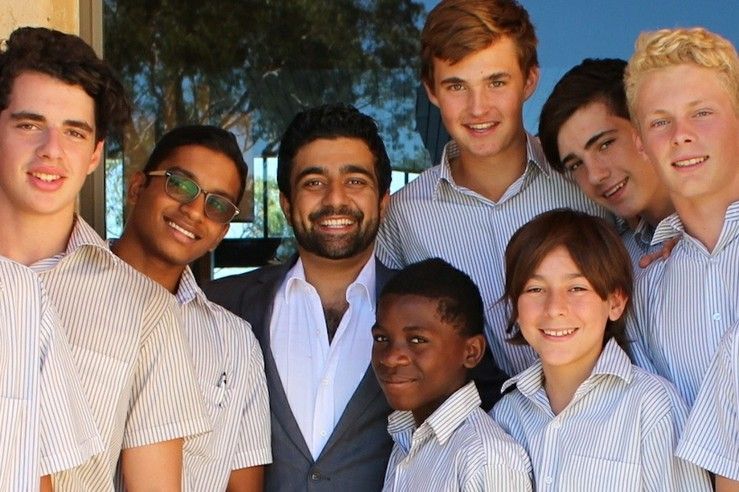 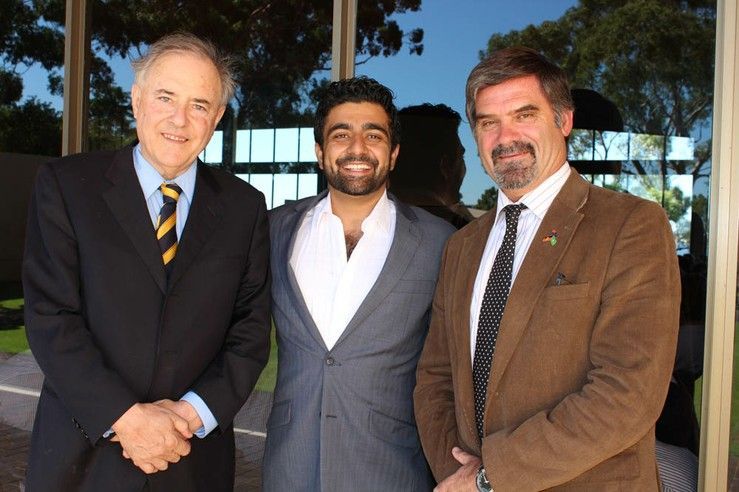 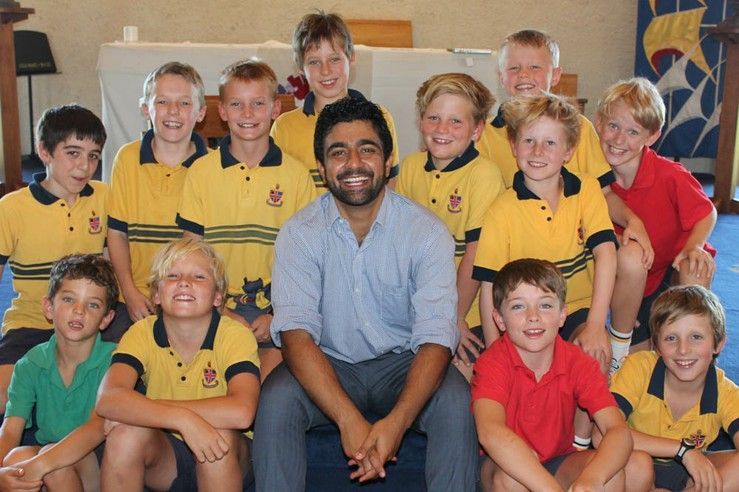