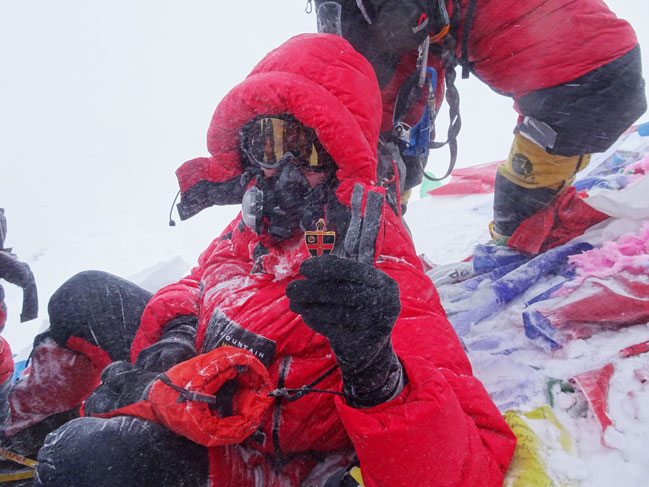 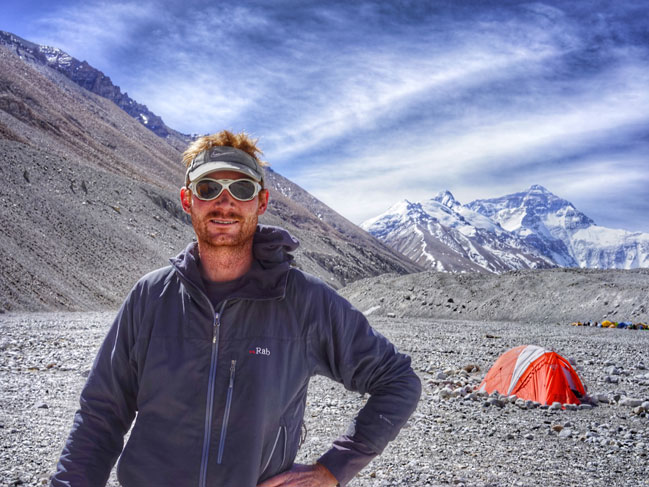 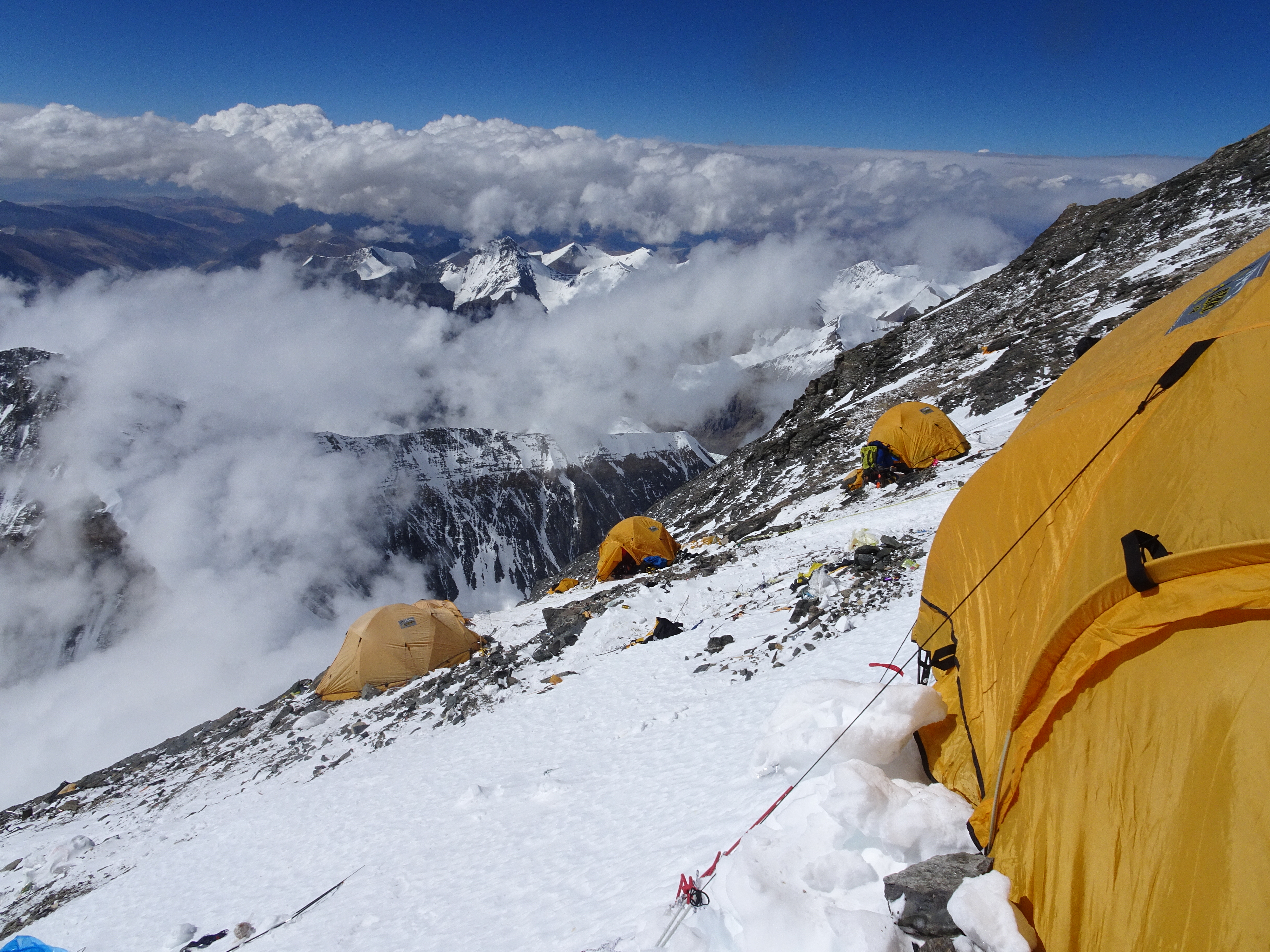 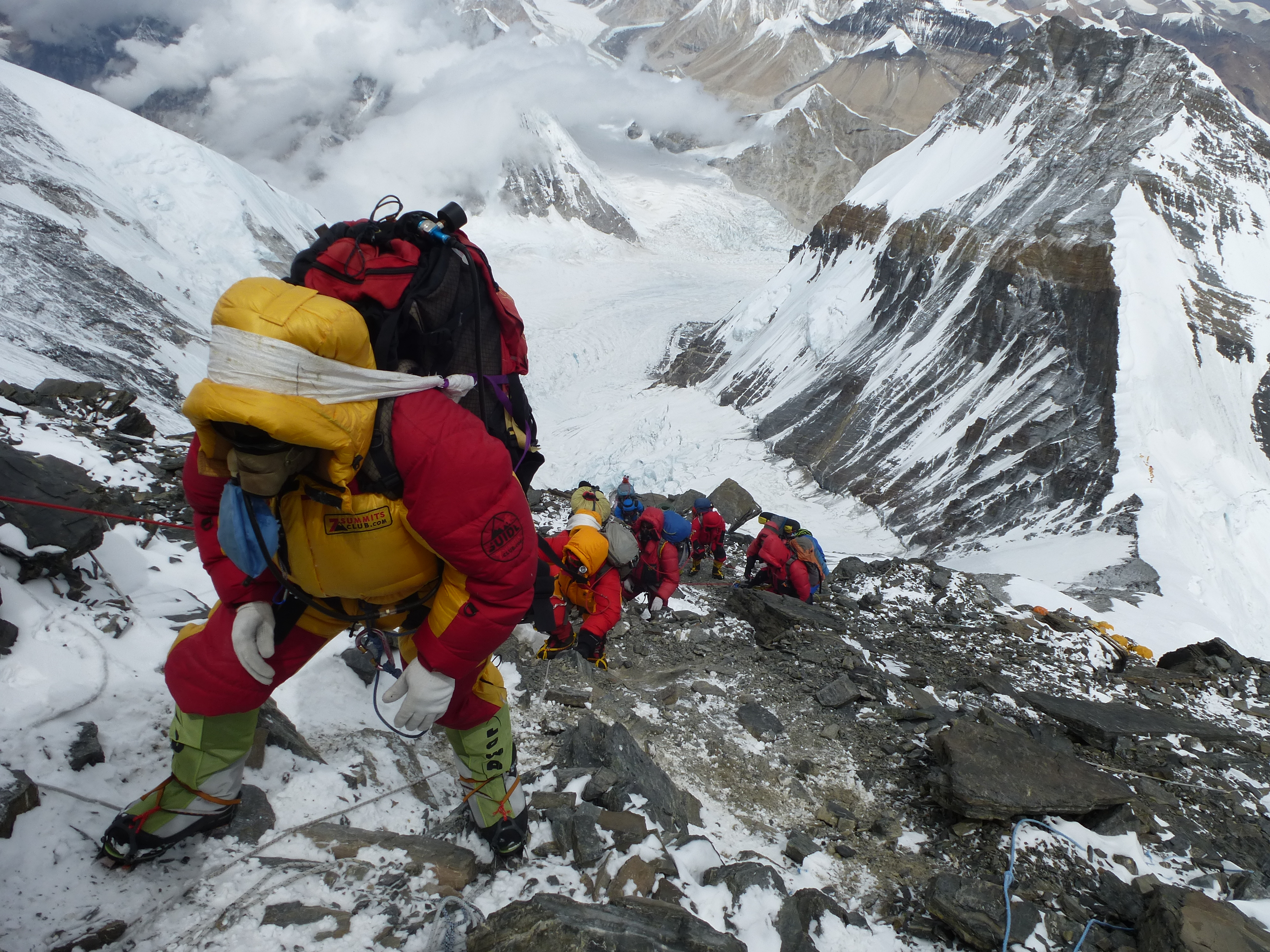 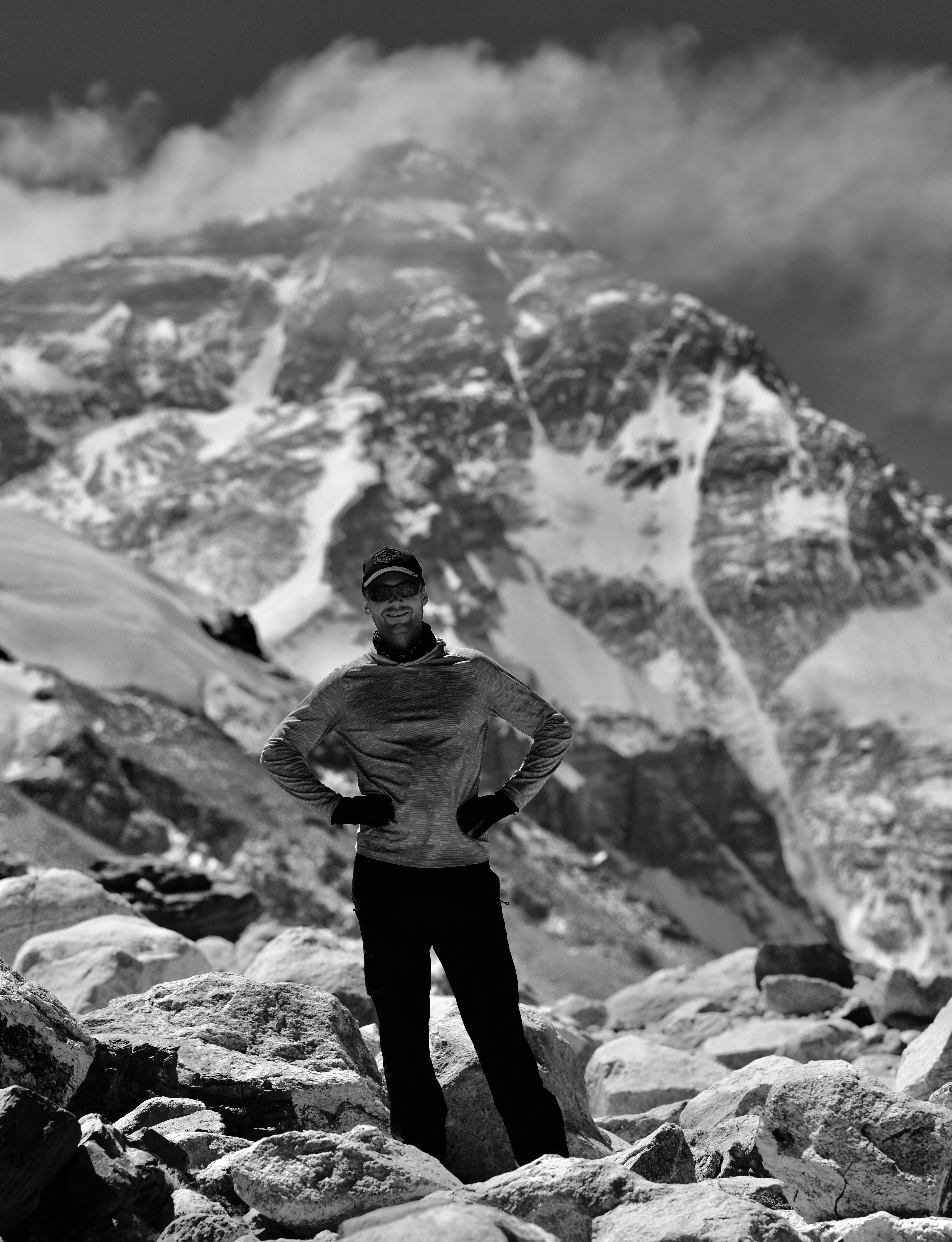 Christ Church old boy Angus Caithness (‘95) has much to celebrate having just achieved the ultimate objective of all mountain climbers – reaching the peak of Mount Everest. To top things off, Angus managed to capture a fabulous photo at the summit with his Christ Church badge.

Departing from Kathmandu in early April, the expedition lasted just over 50 days.

“Of our team of 12, 10 managed to summit, one turned back at 7600m and one who was attempting to summit without oxygen turned around at the second step. Unfortunately it was a white out when we summited so didn’t see much and the weather turned sour as we descended past the 8300m camp (winds and snow of probably 50mph – I ended up with a small bit of frost bite on my cheek but other than that totally fine”, says Angus.

The recent accomplishment was an addition to the 7 Summits (the tallest mountain on each continent) which Angus has been tackling around the globe.

“Towards the end of 2016, only 416 people had completed the 7 Summits and probably less than 10 were Australians. I have done both Carstenz Pyramid (locally known as Puncak Jaya) and Mount Kosciuszko so in fact, have managed 8 Summits, though there is a bit of debate about which summit lists are correct – Bass or Messner”, says Angus.

“I was on Everest in 2014 when the avalanche occurred, which at the time was the worst disaster in history killing 16 sherpas and then there again in 2015 when the earthquake hit (we were the highest group on the north side) which killed 22 climbers and sherpas and 10,000 Nepalese.”

Angus started climbing in early 2013, with many stories to tell including being part of the first team to climb a peak in Antarctica, trekking through the remote jungles of West Papua where a couple of years prior two German climbers were eaten by cannibals.

Angus is a Harvard Business School graduate, a Chartered Accountant; holds a Post-Graduate Diploma of Applied Finance and Investment, a Bachelor of Commerce and is a Fellow of the Financial Services Institute of Australasia. He is currently completing a Master of Mineral and Energy Economics and is a co-founder of IARUDI which is a frontier and emerging market Group that establishes and builds businesses within the mineral resources sector.