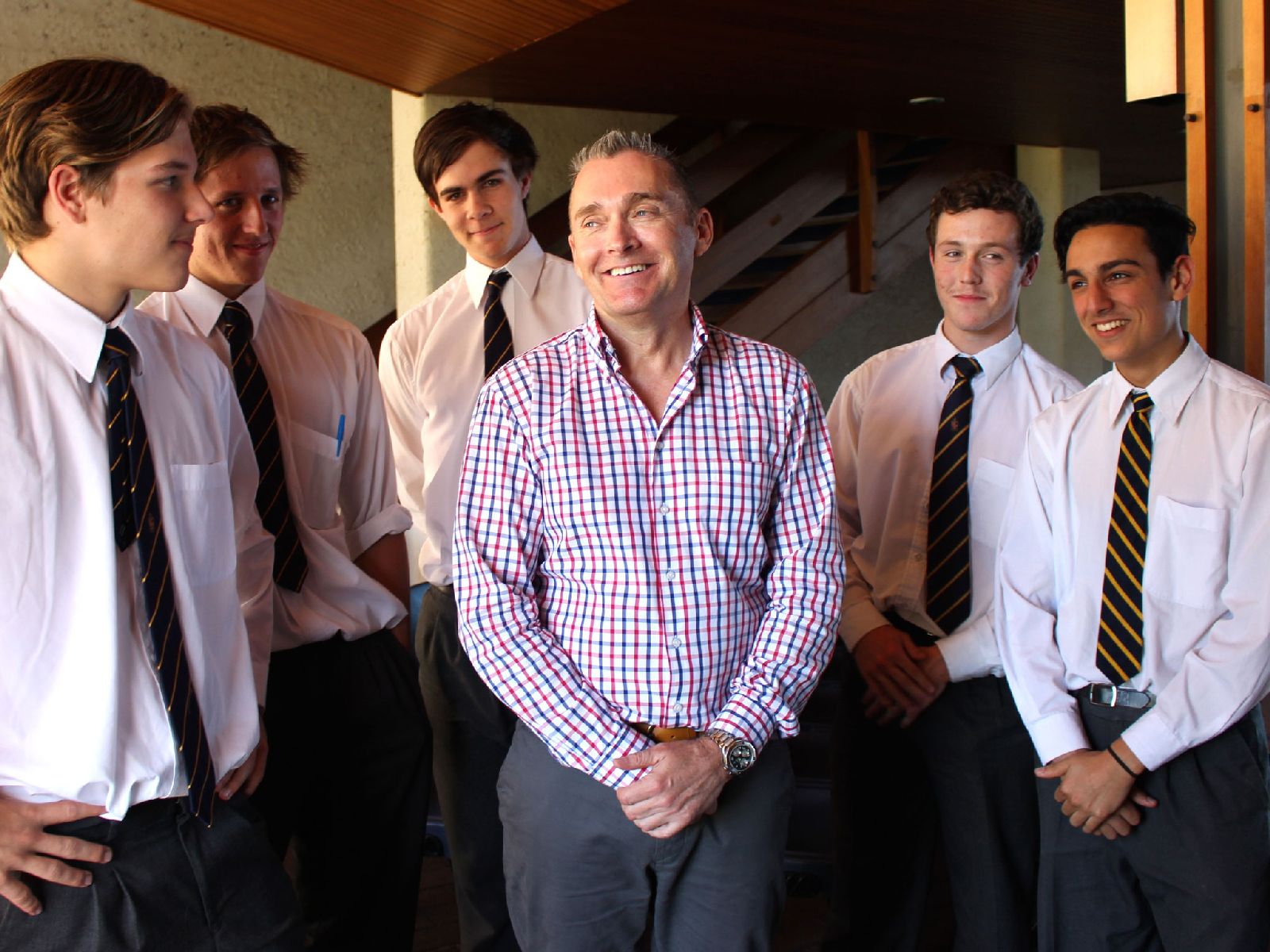 Drug and Alcohol Research and Training Australia’s Paul Dillon returned to Christ Church this week to talk to Year 12 students about alcohol, drugs and other issues associated with Leavers and post-school life. The boys were also joined by a number of Year 12 girls from Methodist Ladies’ College.

Director of Planning and Co-curricular Mark Morrissy said Paul’s talk and direct approach gave students an understanding of what to expect and what to do to be prepared for Leavers. Paul said it was important to know the risks associated with drugs and alcohol and to be prepared. “A poor decision at Leavers has the potential to alter your life significantly, if not permanently,” he said.

Paul talked in detail about ecstasy, its effects and the warnings signs to look out for, as well as relatively new psychedelic drug NBOMe, which has been found in current batches of ecstasy. Often mistaken for LSD, NBOMe is dangerous because it creates behaviours that can easily result in death, such as thinking you can fly.

His four closing tips for Year 12s were to plan ahead and make house rules; do not make excessive noise; check the weather; and to make new friends but always tell someone where you were going at all times.

Paul recommended students visit the Leavers’ website here and his blog here, which has loads of information for students and parents.

It was the fourth time the Year 12 boys had heard from Paul, who visits Christ Church each year armed with the latest information on drugs and alcohol for Years 10 to 12 students. Paul commented that the cohort was a most respectful group who he had enjoyed speaking to over the years.