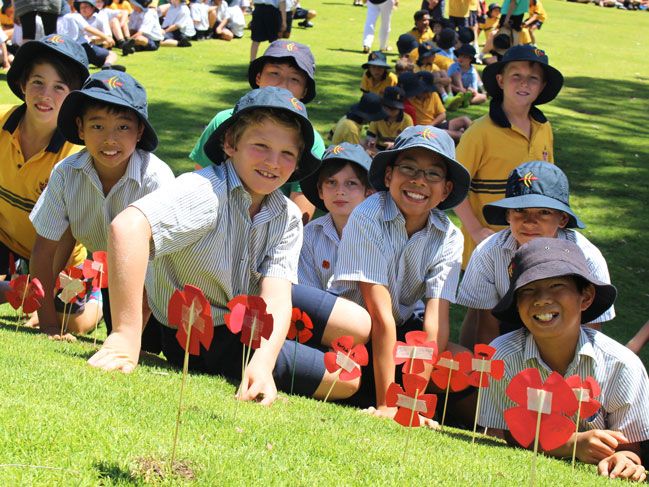 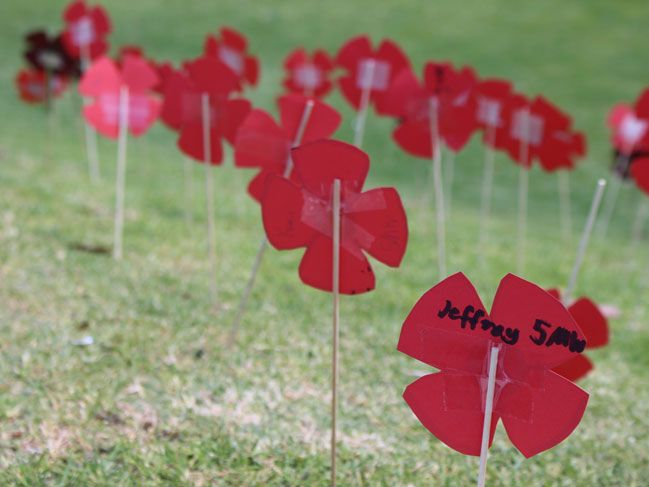 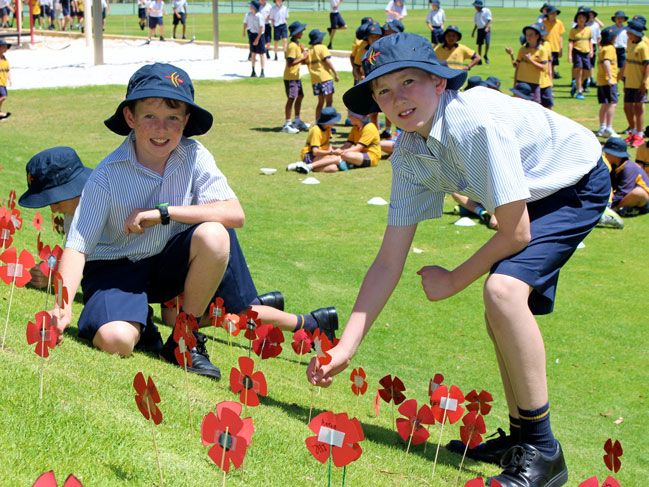 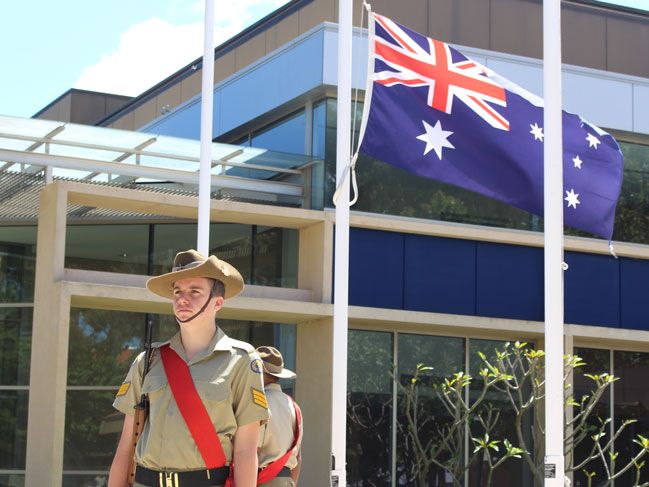 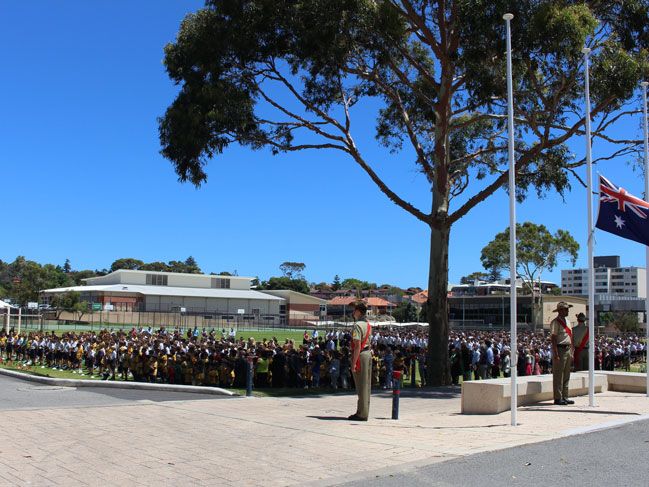 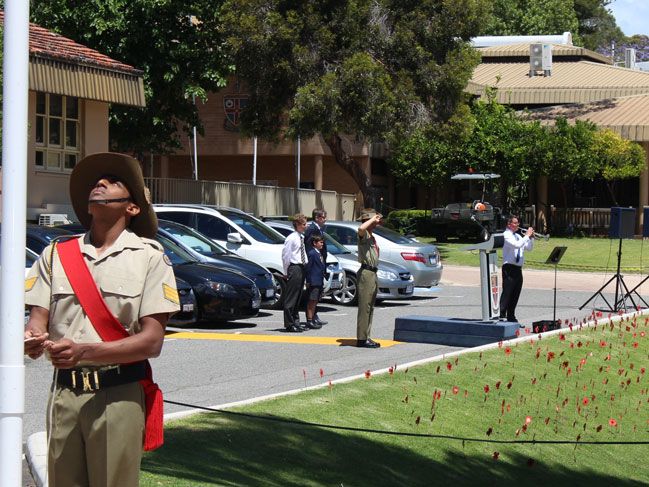 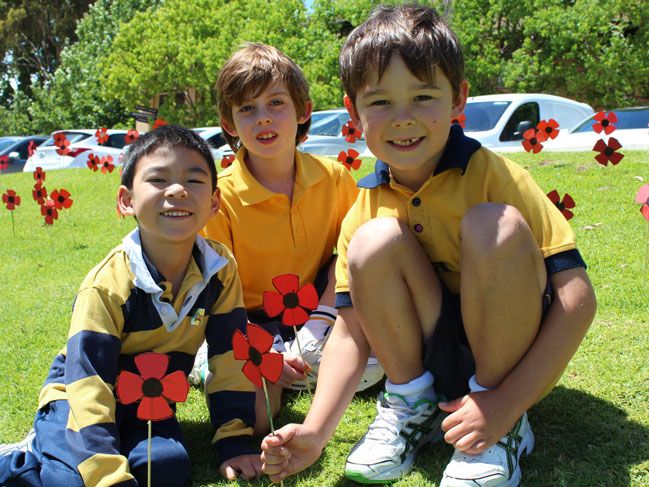 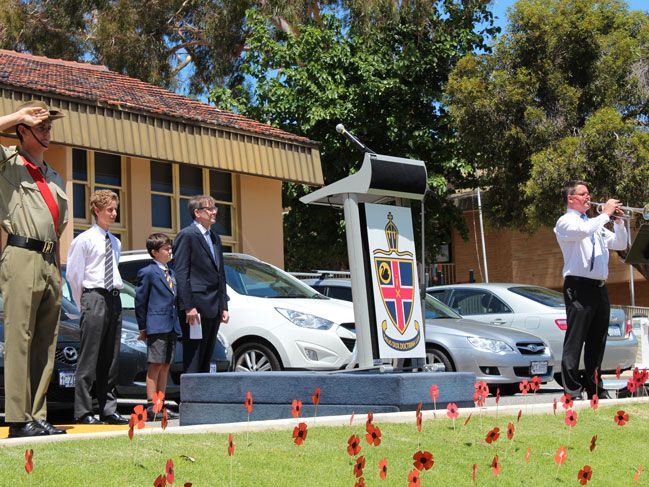 Staff and students from the Preparatory and Senior Schools came together for a Remembrance Day Service on the Prep School Oval on Tuesday morning. The service gave the community a chance to pay their respects for the sacrifices of men and women of the armed forces and civilians in times of war.

Headmaster Garth Wynne said the very recent commemorative events in Albany for the Anzac Centenary were of particular significance on this Remembrance Day. 2015 School Captain Jack Hawkesford read an excerpt from The Mitre of August 1918, acknowledging the death of JA Withnell, the first Christ Church old boy to be killed in active service.

In front of the lectern on a grass bank was a sea of red-paper poppies made by Prep School boys.