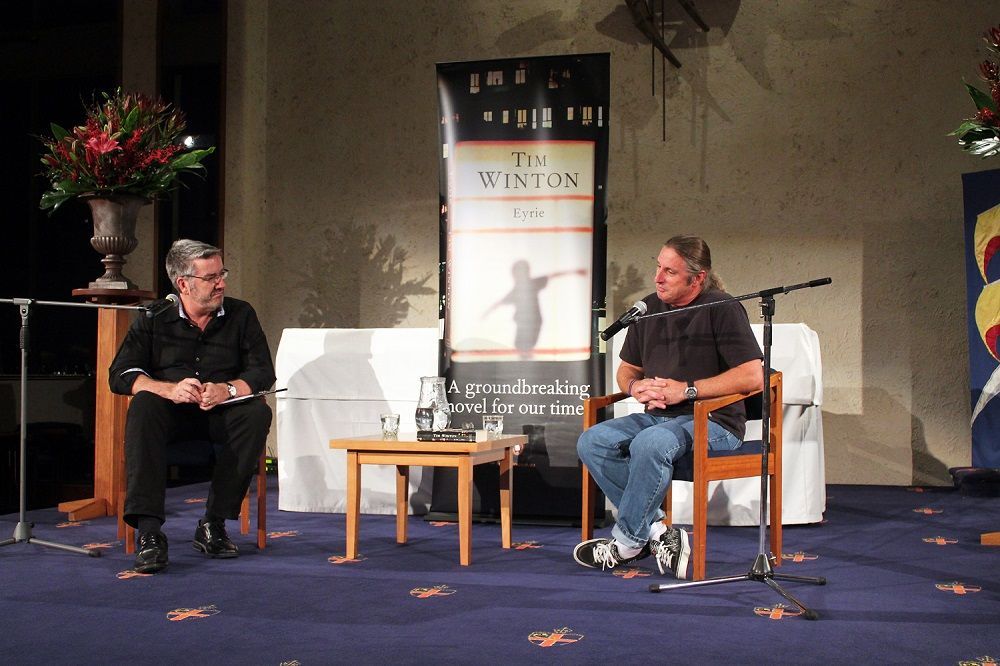 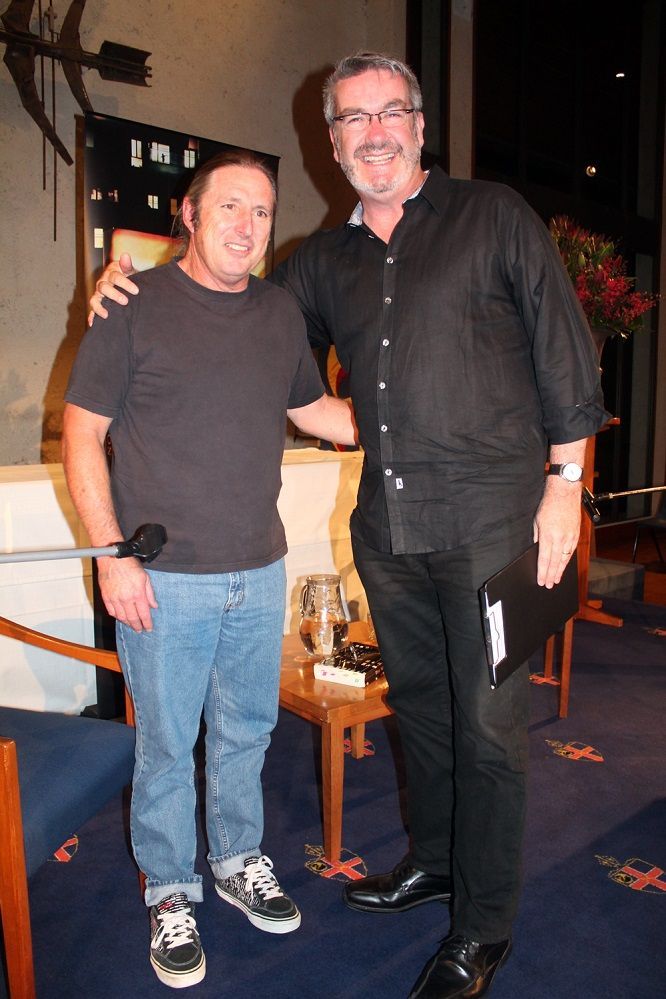 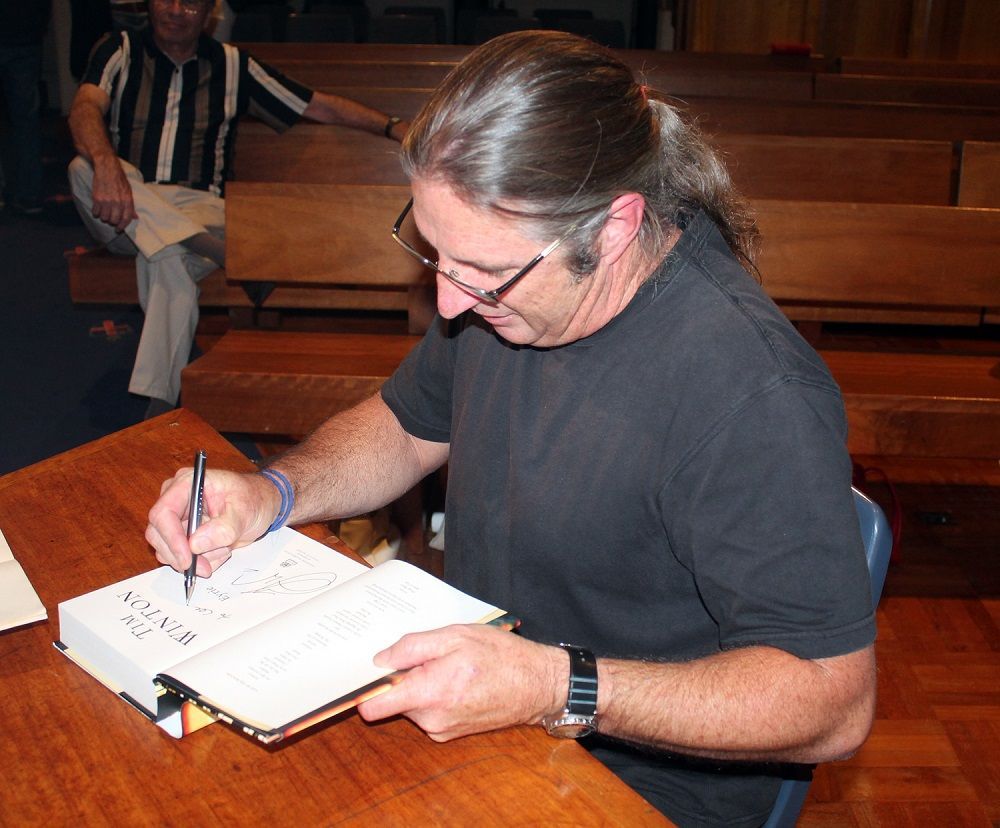 On Tuesday evening, the Centre for Ethics hosted renowned author Tim Winton for the launch and a talk about his latest novel Eyrie. More than 750 people attended the talk, held in the School Chapel, which took the form of a discussion between Tim and ABC Morning Show broadcaster Geoff Hutchison.

Director of the Centre for Ethics and School Chaplain, Canon Frank Sheehan, said from the applause at the end of the talk and the questions from the floor it was clear the audience appreciated a wonderful evening. Father Frank said the Centre for Ethics worked closely with the Lane Bookshop to bring authors to the School.

Father Frank, who introduced the evening, said he was delighted with the discussion and the large crowd who attended. He said it was the third time Tim had launched a new book with through the Centre for Ethics. “He came here for The Turning and then Breath, so we were so pleased that he returned for Eyrie,” he said.

Father Frank said it was the fourth time the author had spoken in the Chapel. “Twenty-eight years ago, he came to present a prize for creative writing. Tim is not someone who loves the limelight. I always think that he’d prefer to be writing or surfing or just having some quiet time with his family and friends. There is a great generosity on his part in participating in such a public event.”

Father Frank said Geoff Hutchison was the perfect interviewer, leading the discussion in such a way as to allow Tim to go into great depth about this latest work. “I thought they were both great,” he said.