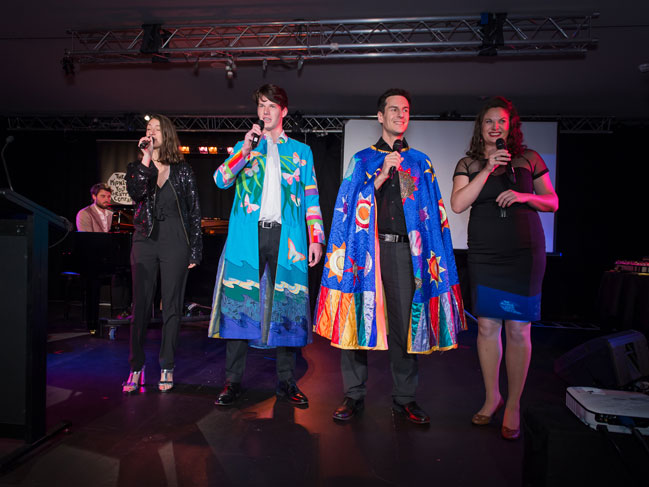 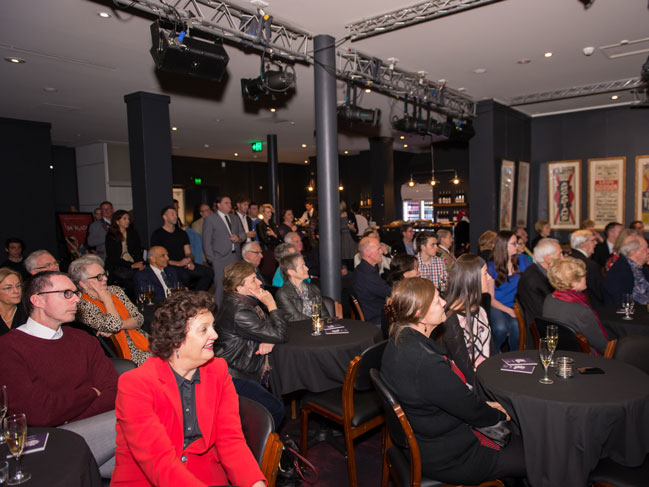 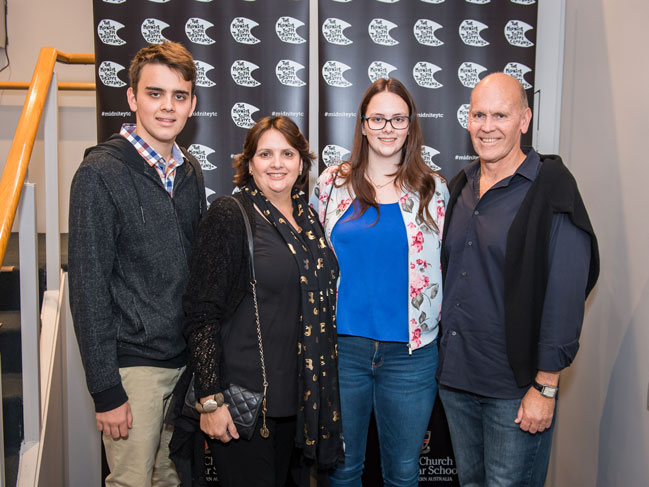 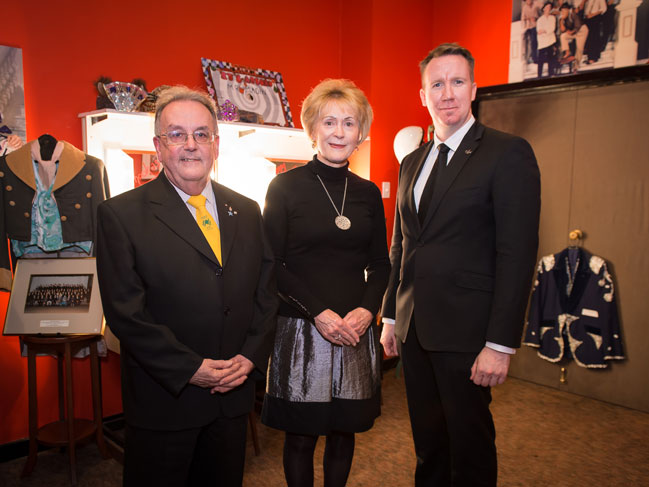 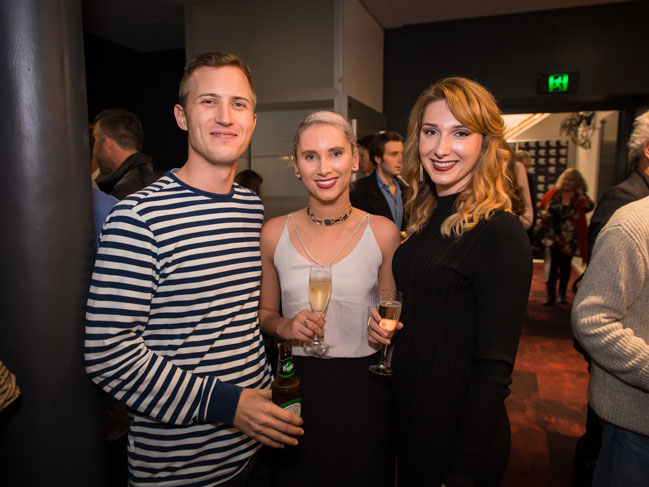 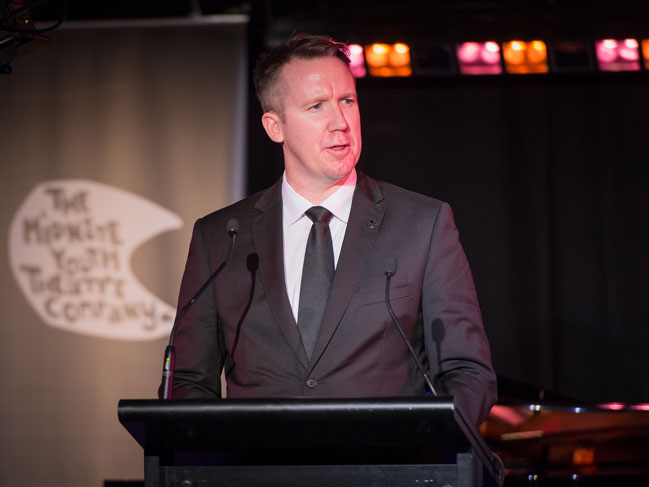 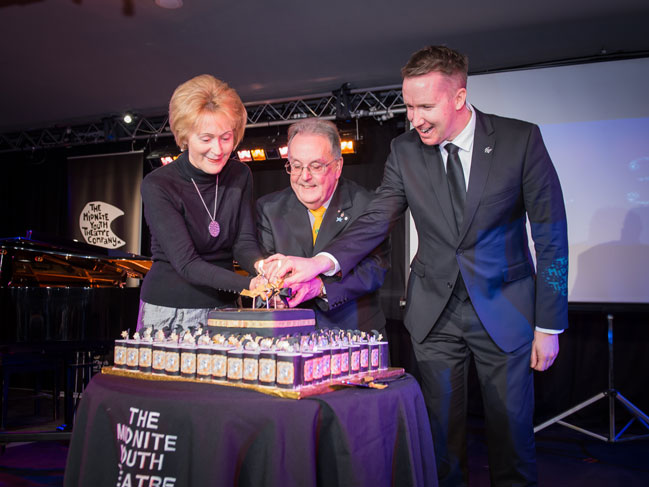 It’s a special year for the Midnite Youth Theatre Company which celebrates three decades of joyous experiences for young people. Valued by artists and audiences alike, Midnite is treasured for its continued commitment for those seeking to explore dramatic arts beyond the limits of school drama.

One-hundred and thirty guests attended Midnite’s 30-year celebration at His Majesty’s Theatre over the weekend, celebrating the official birthday (20 May) of the production company. Guests included Her Excellency, the Honourable Kerry Sanderson AC, Governor of Western Australia and Vice-Regal Patron of MYTC, The Honourable Dr Ken Michael AC, Mr Max Kay AM, CitWA, Theatrical Patron of MYTC and Mrs Kay, and The Honourable John Cowdell AM.

Director of Drama, Mr Gregory Jones said on the evening “We owe our success to the outpouring of love and generosity from you our community and we are so grateful for your loyal support over the years. Things have come a long way since that first production of Midnite: Over 200 productions later and 12 international tours, Midnite epitomises Perth’s journey from culturally challenged to a thriving national arts environment.”

Established in 1987 following a collaboration between Christ Church Grammar School and Methodist Ladies’ College on Randolph Stow’s Midnite, the company’s best-known Alumni include Tim Minchin and Stuart Halusz, as well as Mitch Thomas and Andrew Newnham, who work in production.

Professional director and actor Jenny Davis says “I first worked with The Midnite Youth Theatre in the early 1990s and have always been impressed by the level of commitment and pursuit of excellence by the company. The exciting experiences many young people have had, both in Perth and on tour, and the access to professional mentoring and venues, have remained with them as an invaluable part of their education and I’m struck by how often they feel it has been a positive influence on their lives.”

From 3 to 5 August, Midnite returns to the State Theatre Centre of Western Australia for the magical production of Joseph and the Amazing Technicolor Dreamcoat, retelling the Biblical story of ‘Joseph’, his 11 brothers and the coat of many colours in a musical full of unforgettable songs including Those Canaan Days, Any Dream Will Do and Close Every Door to Me. Described as one of the most enduring shows of all time, Tim Rice and Andrew Lloyd Webber’s ‘Joseph’ is an irresistible family musical about the trials and triumphs of Israel’s favourite son.

For tickets to Joseph and the Amazing Technicolor Dreamcoat, please click here. Midnite to present world premiere musical Next month the Midnite Youth Theatre Company’s talented performers come together to perform the world premiere of Silas Marner. This charming musical composed by John Taylor is based on the best-selling, George Eliot classic novel. read more Venture into the woods with Midnite In just under two weeks, The Midnite Youth Theatre Company will venture Into the Woods at Studio Underground with the acclaimed Tony Award winning musical classic by Stephen Sondheim and James Lapine. read more Incredible talent showcased at the State Theatre Centre Over 2000 attendees were drawn to the State Theatre Centre of Western Australia between 3 to 5 August to witness the impressively colourful production of Joseph and the Amazing Technicolor Dreamcoat, retelling the Biblical story of ‘Joseph’, his 11 brothers and the coat of many colours in a magical musical full of unforgettable songs. read more