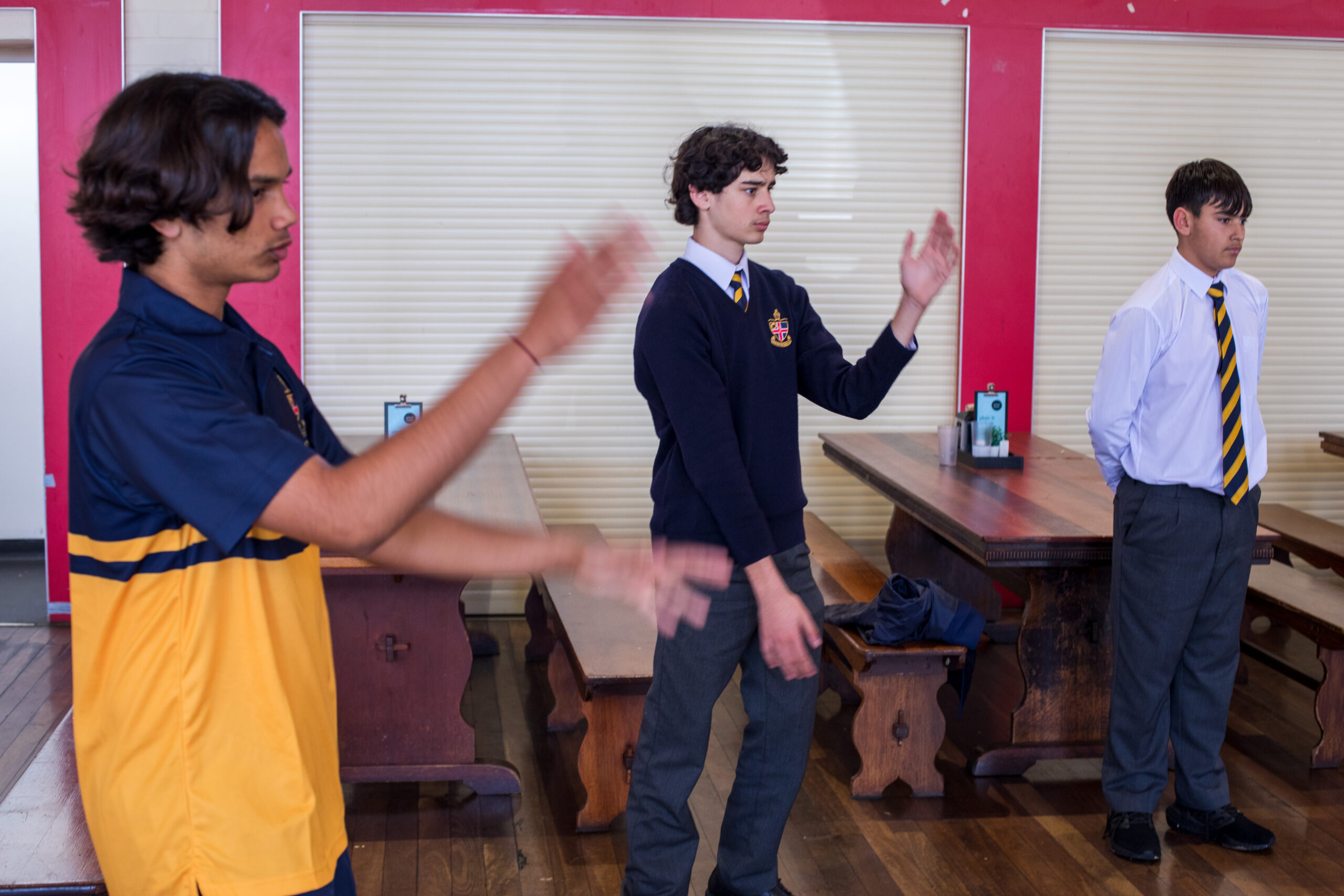 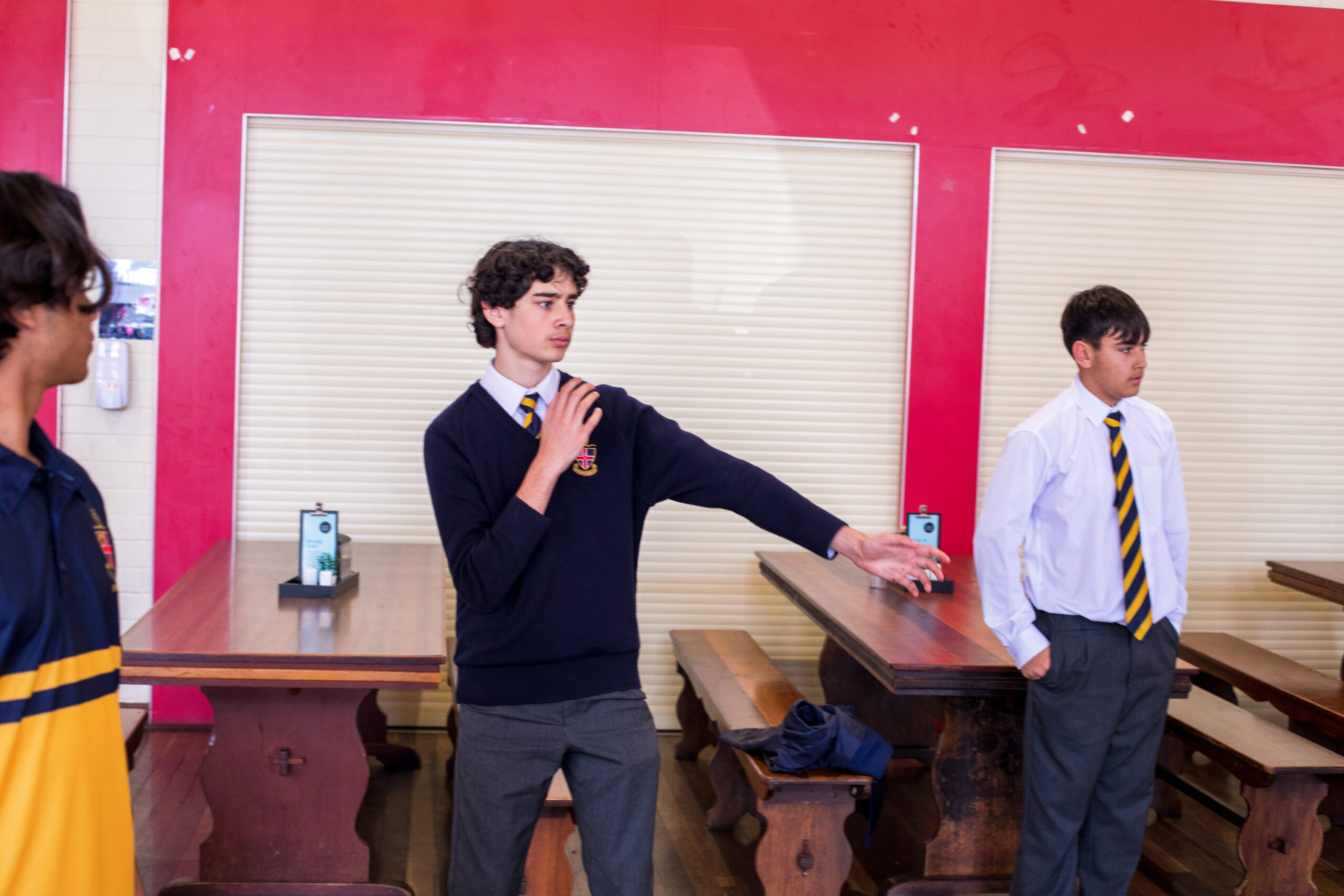 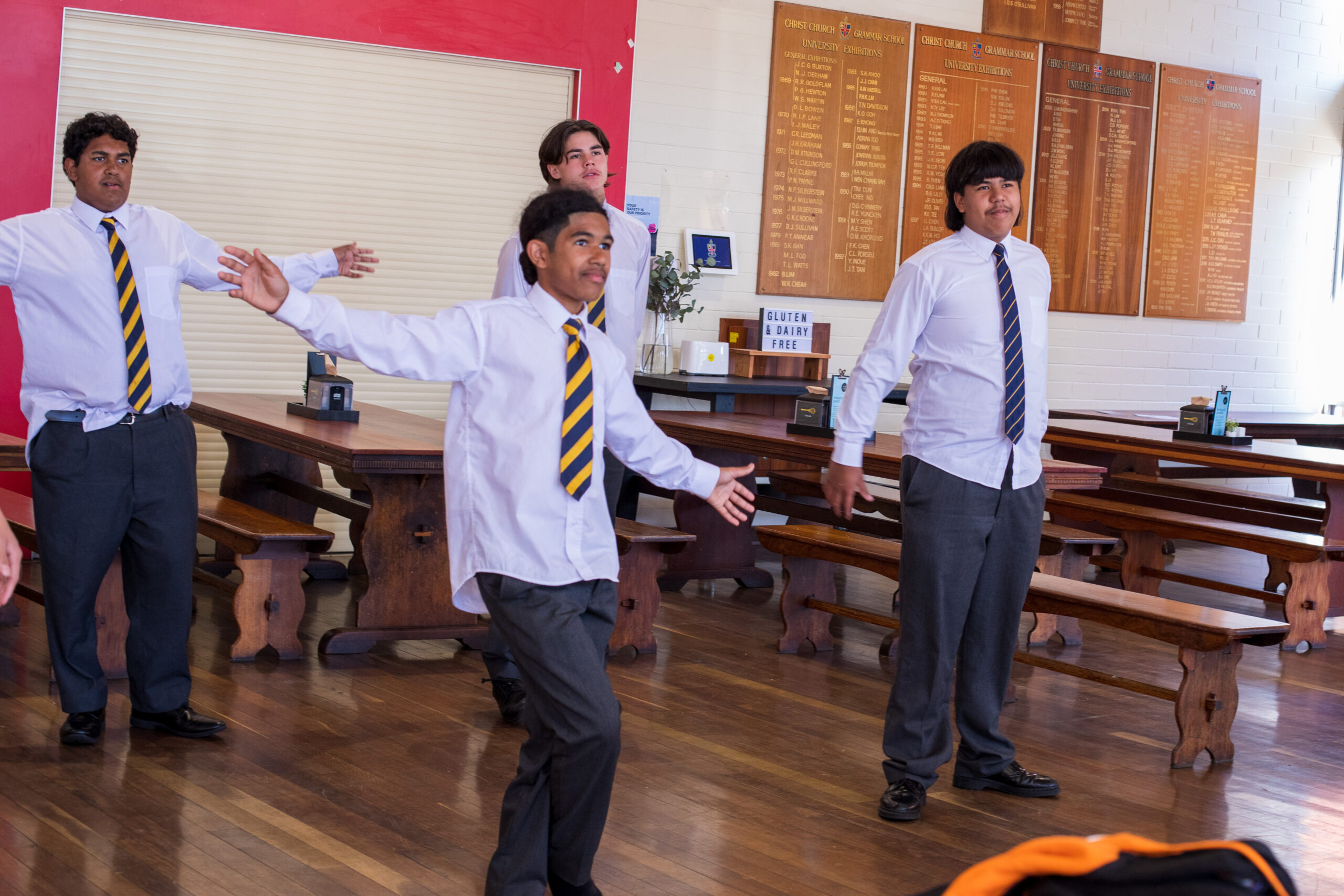 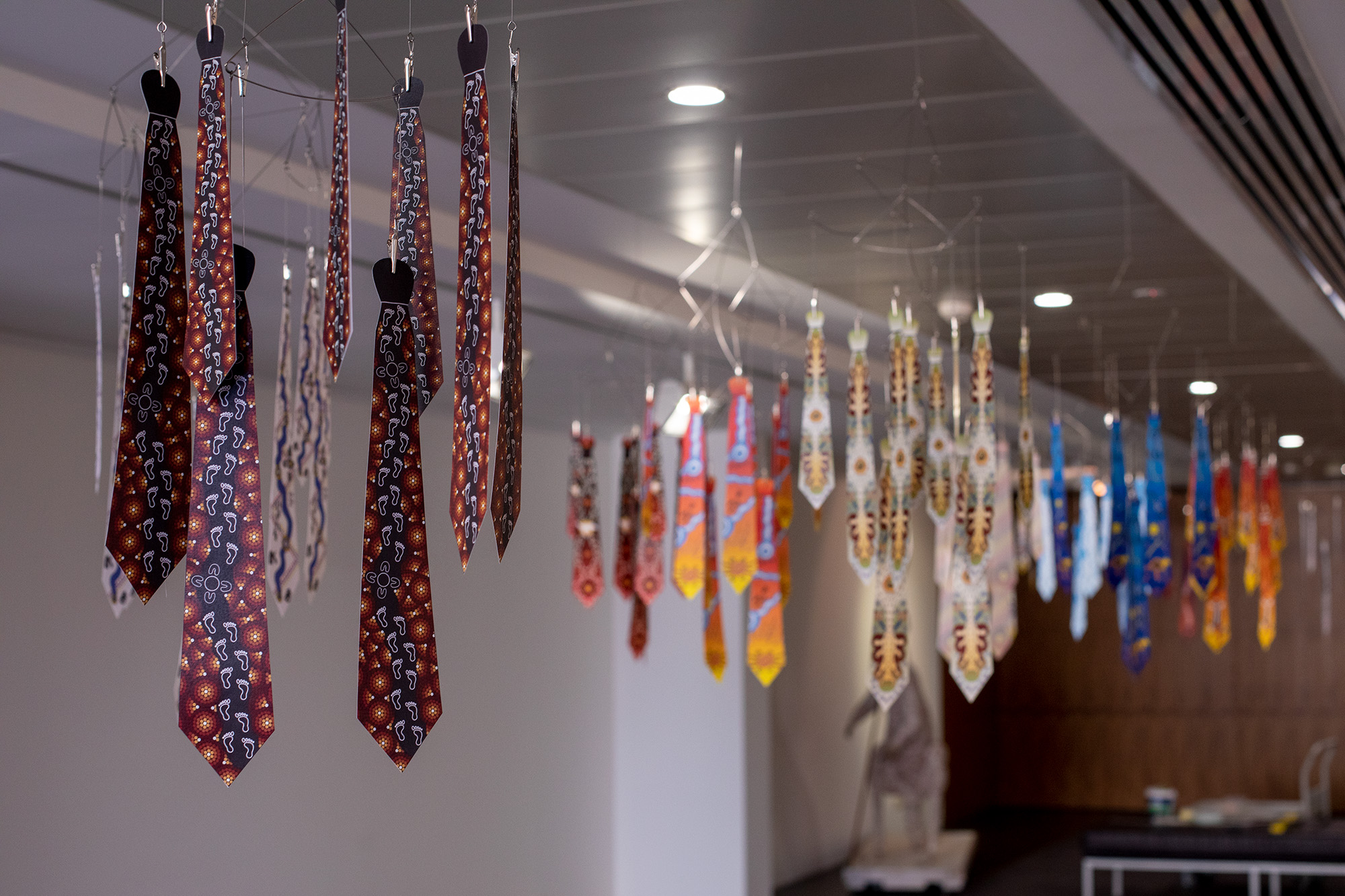 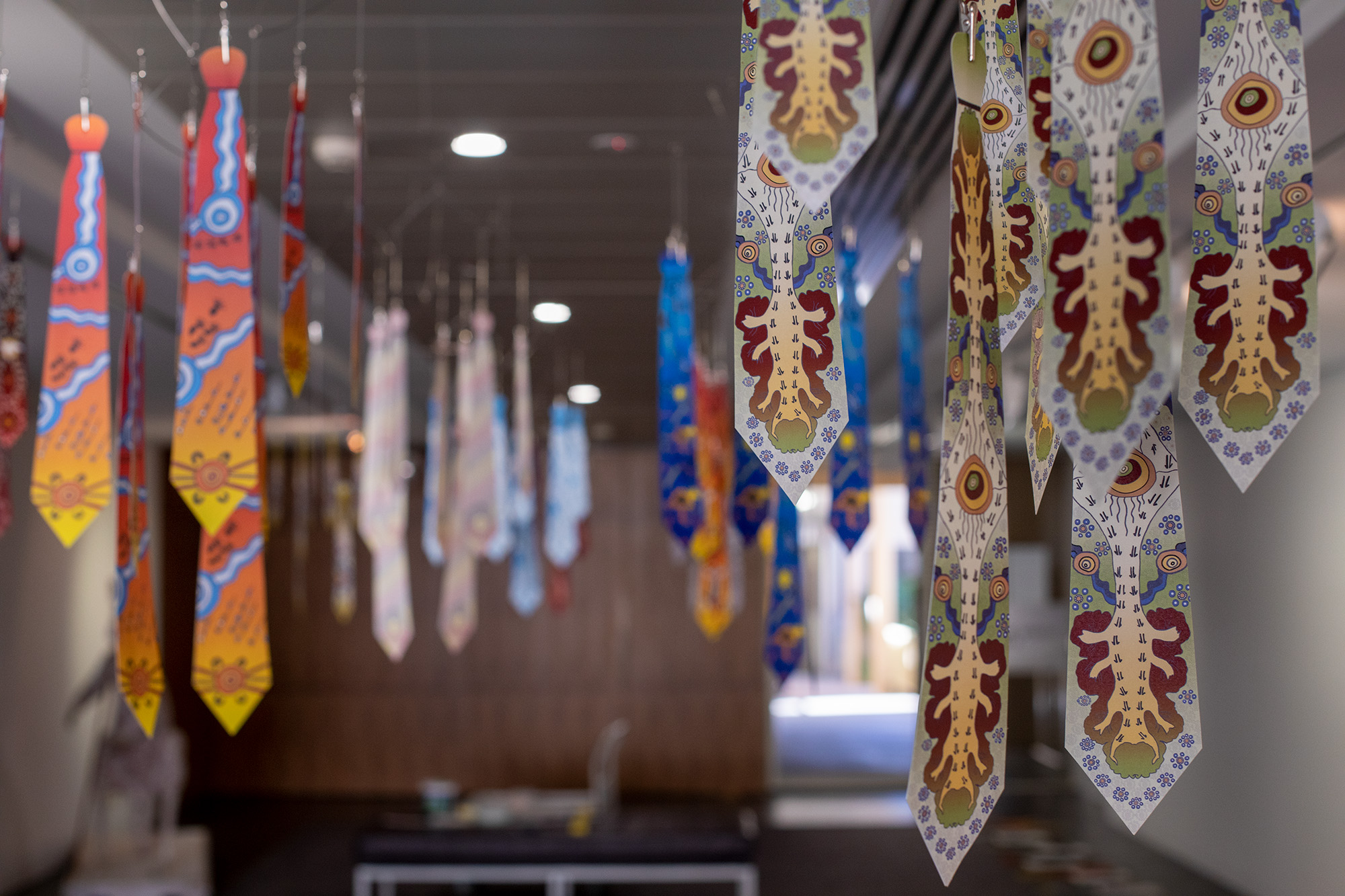 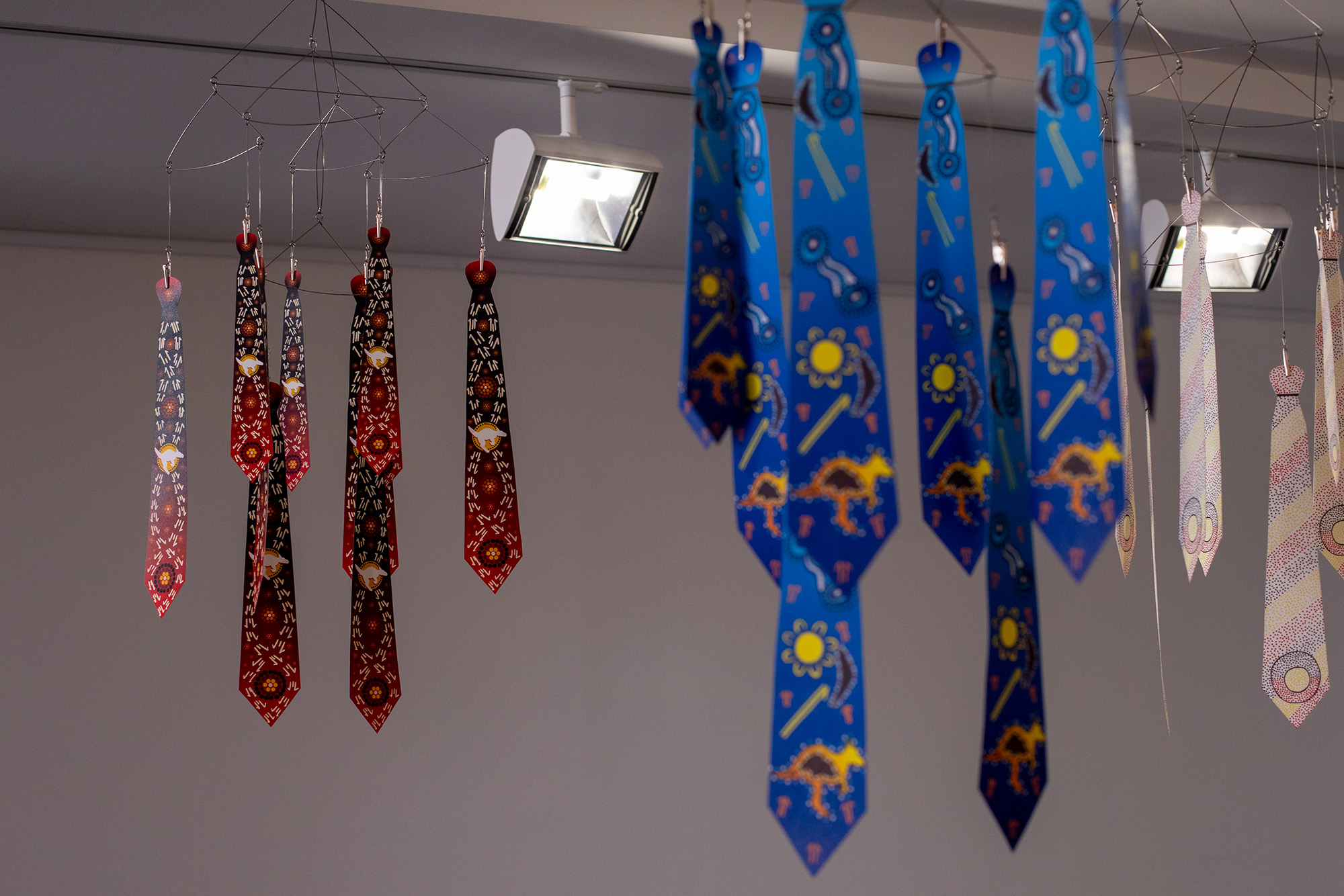 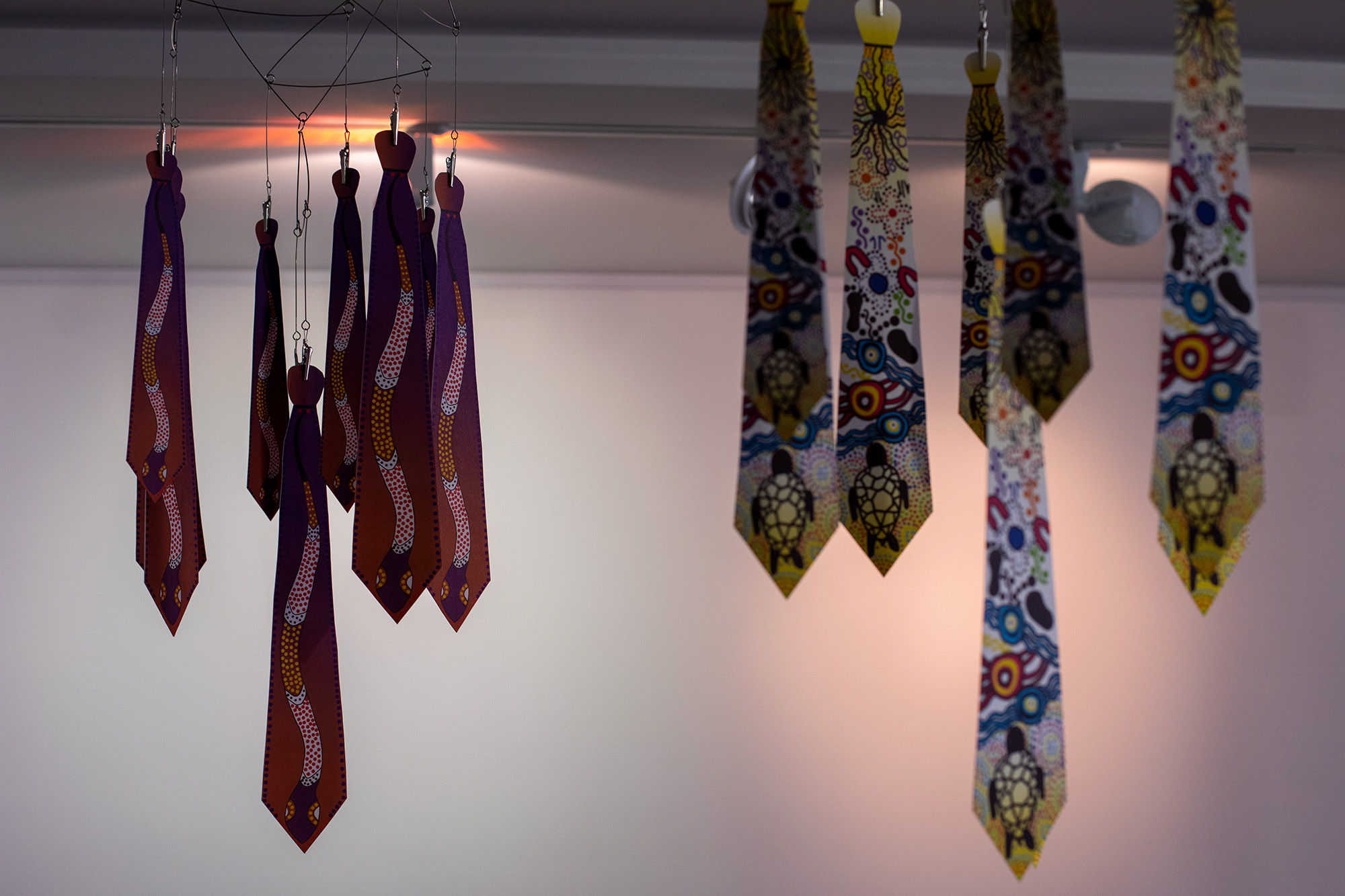 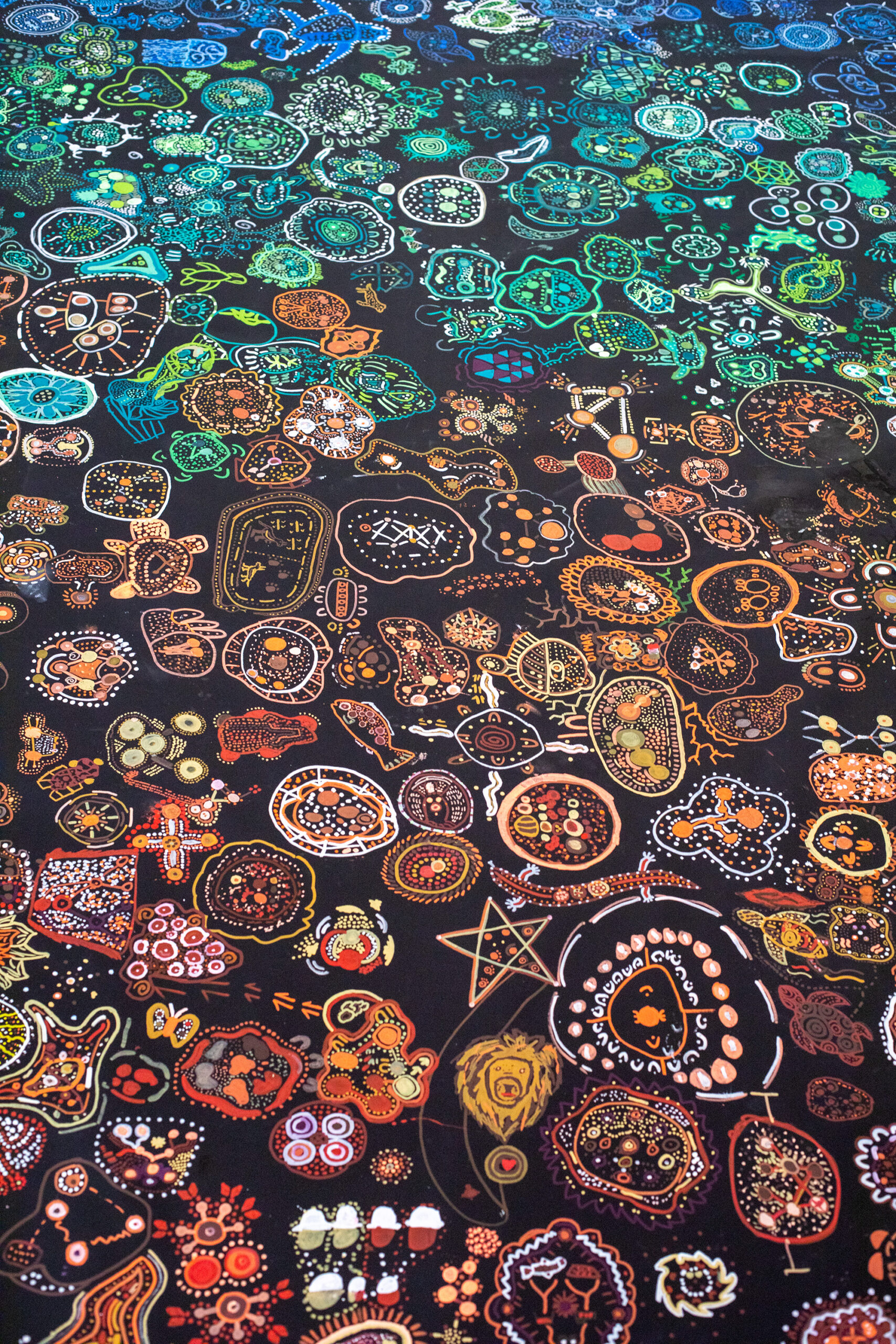 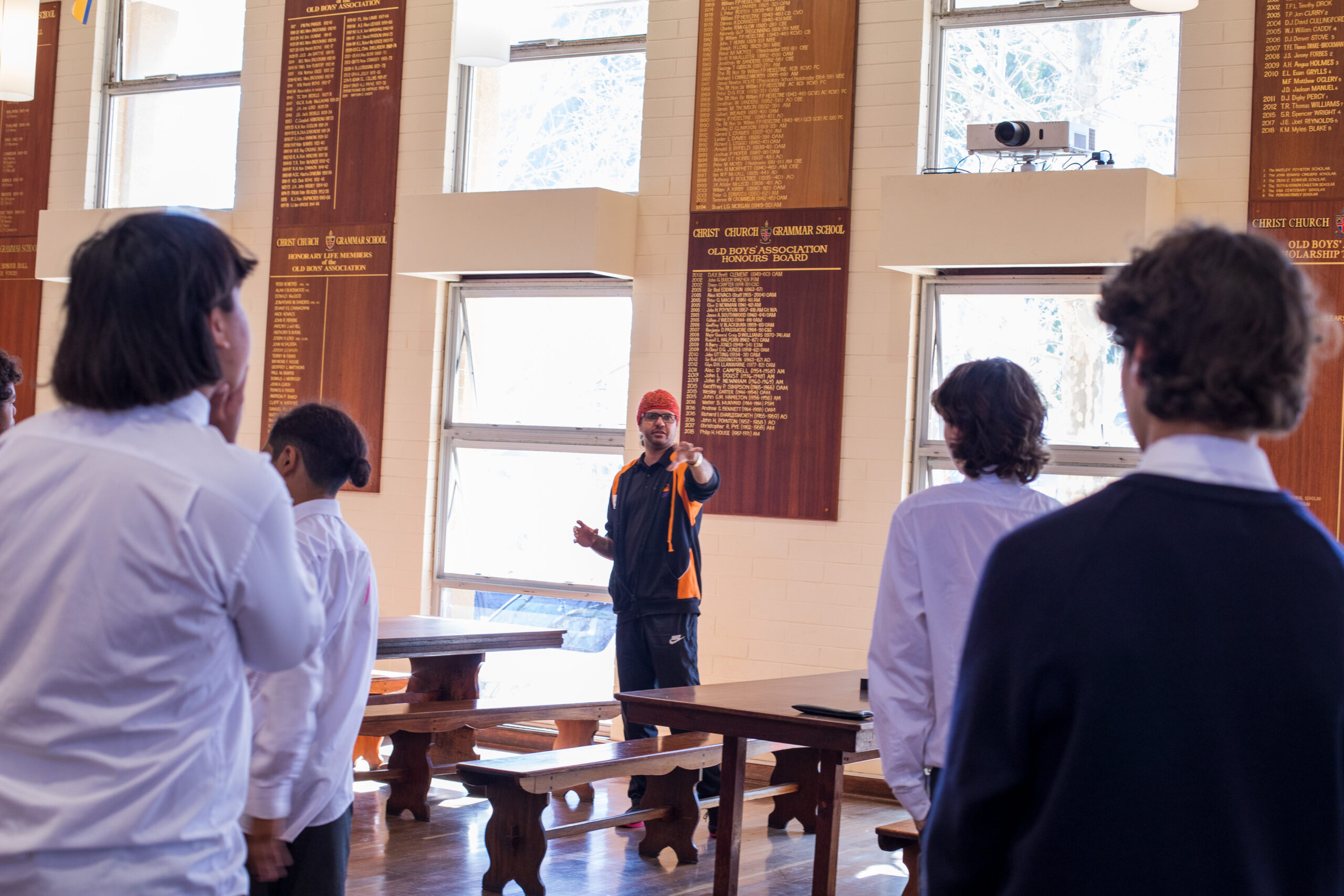 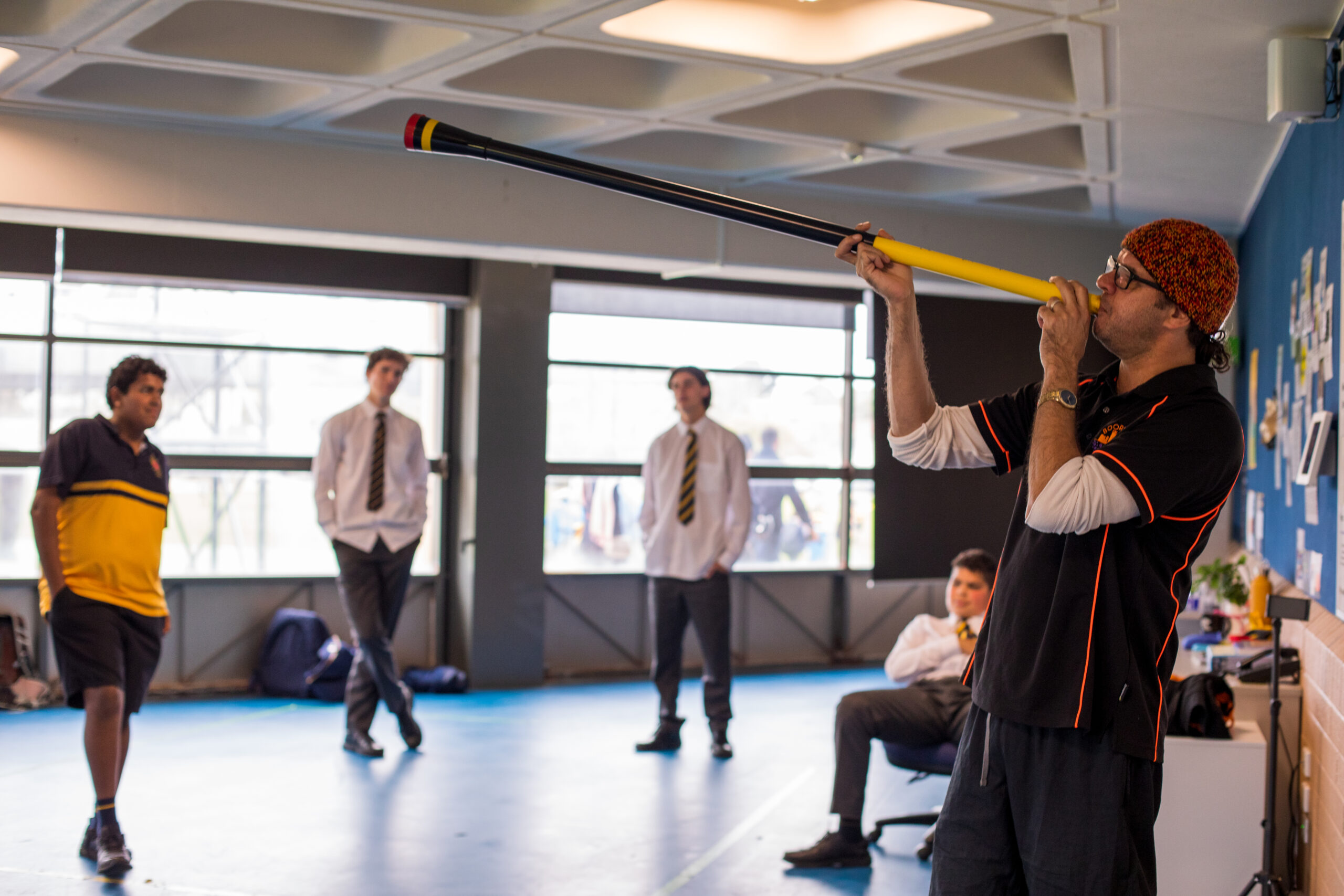 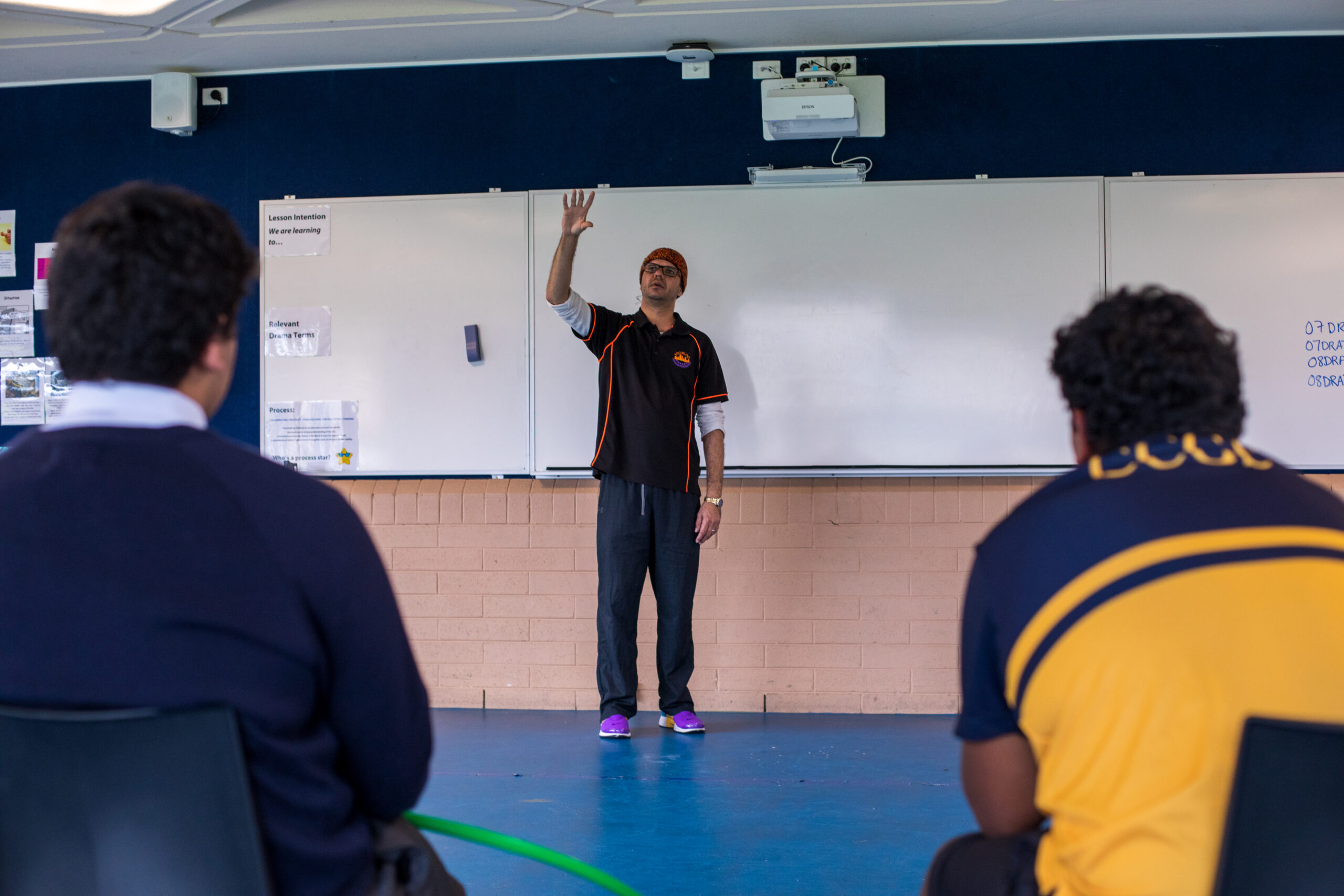 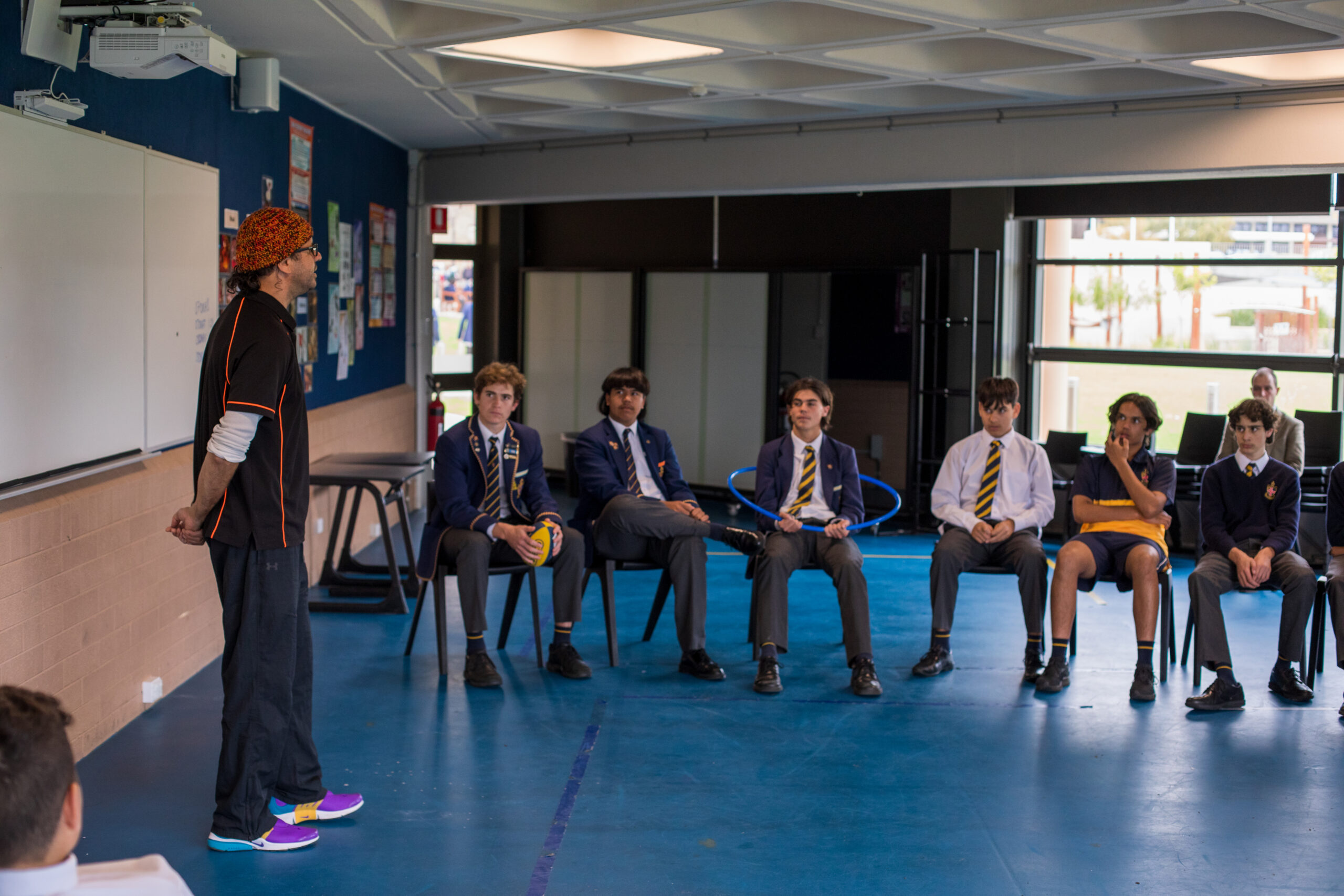 This week we have been celebrating NAIDOC Week, recognising the significant contribution our Aboriginal and Torres Strait Islander students make to the Christ Church community.

Our Aboriginal and Torres Strait Islander boys have been learning traditional dances with Wilman, Balardong, Binjareb, Wadjuk Nyoongar artist, and friend of the School, Olman Walley, and performed a dance during the Senior School Assembly this morning.

Every year as part of NAIDOC Week we host an art exhibition in the Old Boys Art Gallery to display the amazing work the boys have done throughout the year.

This year we are featuring a 6m by 2m mural on canvas completed by staff and students, the artwork celebrates the Christ Church community’s family backgrounds and the six Noongar seasons.

Students and staff were invited to draw their family tree, in the season in which they were born, using the corresponding colours for that season.

The mural is split up into the six seasons, each represented by select colours.

The boys have also designed scarves and ties.

Student and Noongar and Yamaji (Barladung, Wiilman and Badimaya) man Malakai Websdale (Year 8) said when he was designing his tie, he really thought about what was significant to himself and how he could interpret it.

“The one that stands out is the goanna, that’s a very special animal to me, and then the meeting place represents the men and women in my life.”

The boys’ artwork is currently on display in the Old Boys’ Art Gallery until the end of the month. 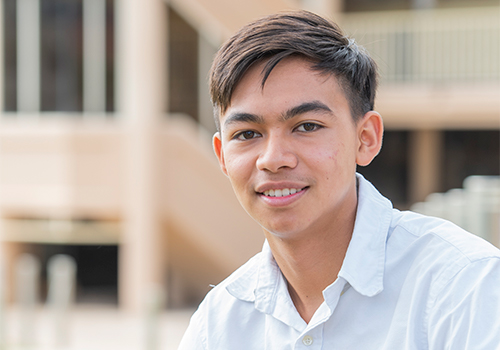