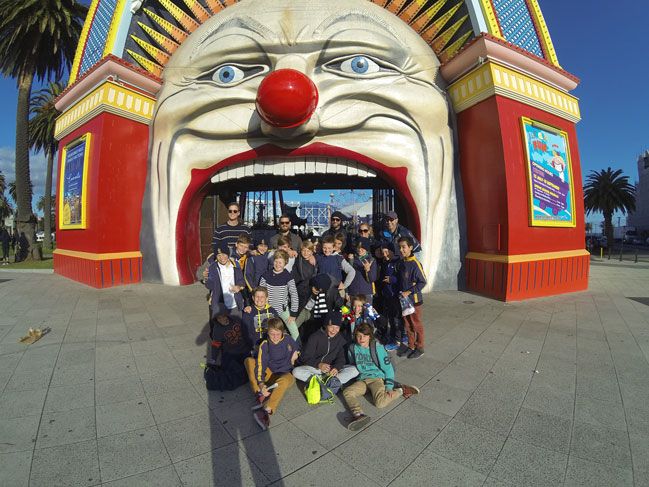 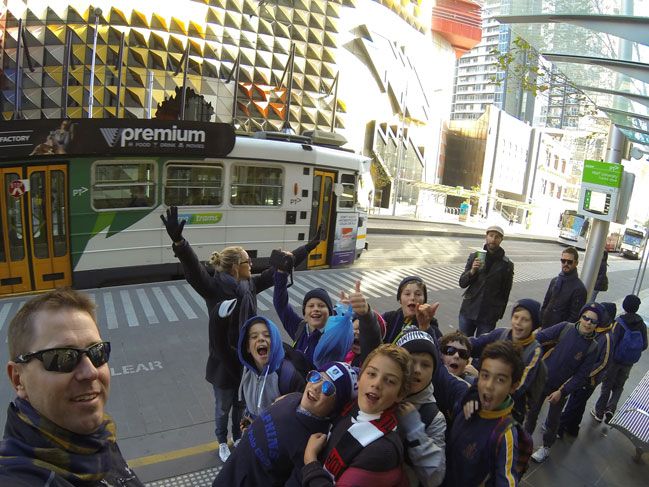 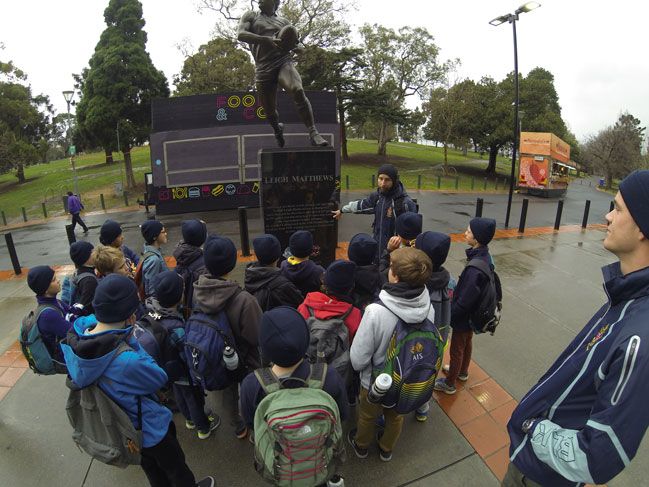 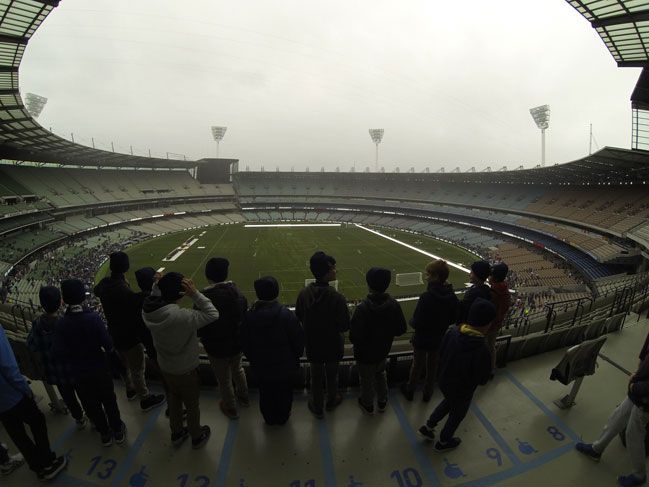 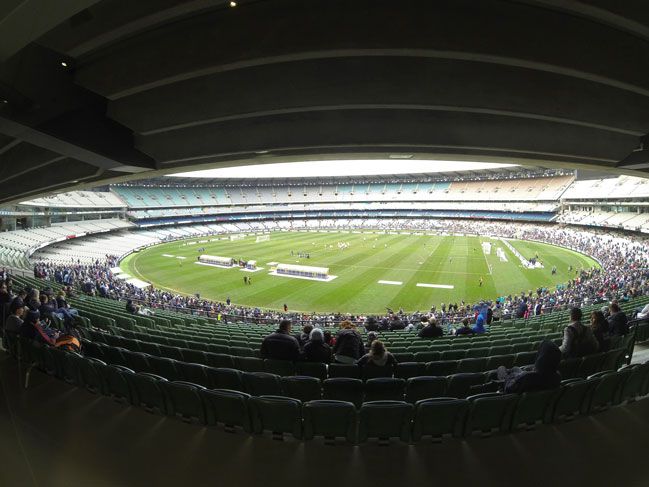 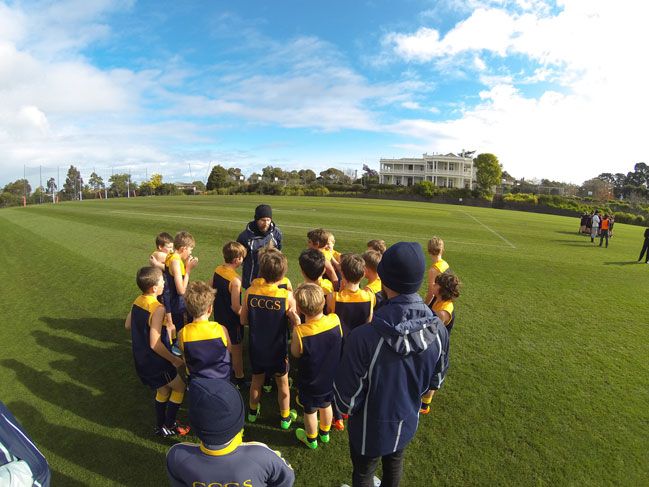 Twenty Year 5 and 6 boys travelled to Melbourne over the holidays, for the AFL Sports Tour.

On the first day, the boys went on a tour of the MCG where they were lucky enough to watch Real Madrid train, including star player Cristiano Ronaldo. This was followed by a tour of Xavier College and a football match against the School’s 6A football team.

To finish off their first day on tour, the boys watched North Melbourne play Essendon at Etihad Stadium.

On Saturday, they visited Essendon’s training facilities, had lunch in St Kilda, explored Luna Park and finished the day with the West Coast Eagles versus Collingwood game at Etihad Stadium. This was followed by a leisurely Sunday stroll around the Queen Victoria Markets and two games of football, Melbourne versus Brisbane at the MCG and St Kilda versus Richmond at Etihad Stadium.

“The boys had a blast, travelling around Melbourne on trams, visiting the best Stadiums in Australia and enjoying game after game of epic football.”

“Many thanks to Mrs Kim Malajczuk, Mr Jay Pyefinch and Mr Heath Pozzi for coming on tour, and to the boys who made us all proud,” said Mr Leckie.