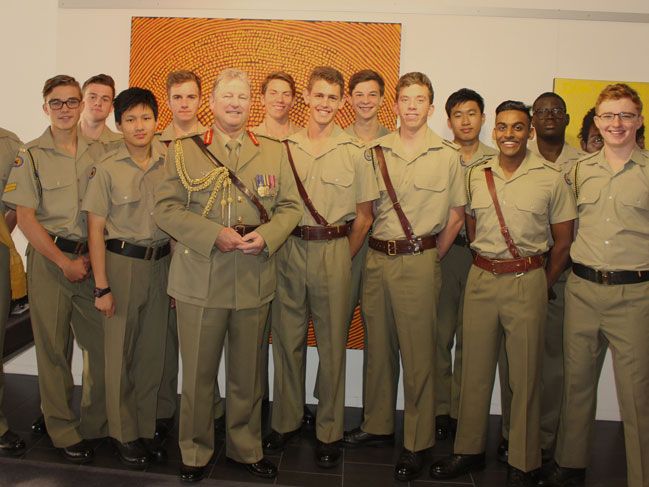 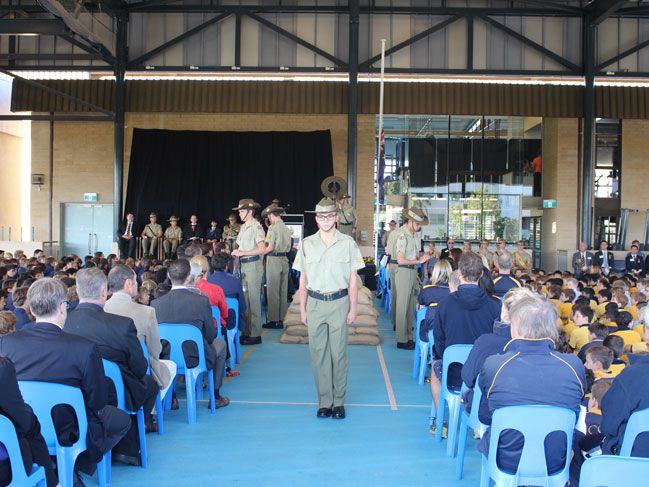 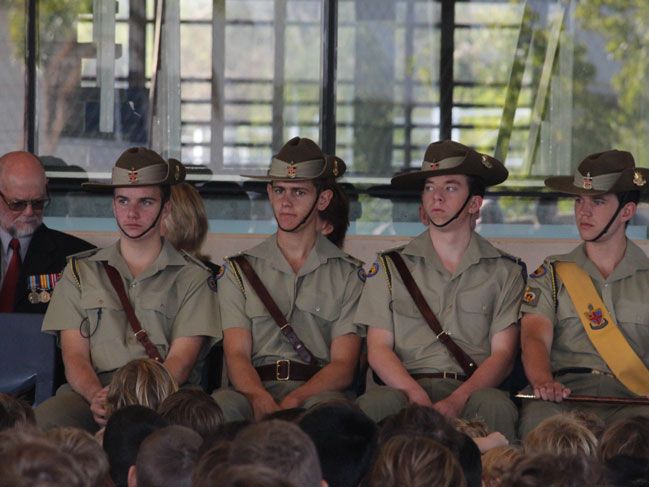 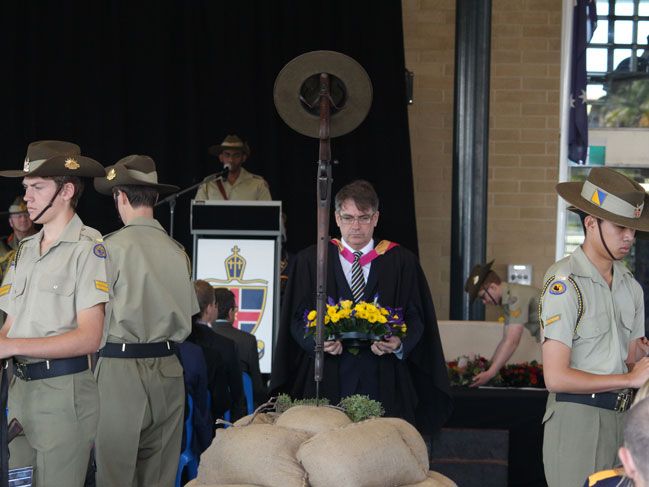 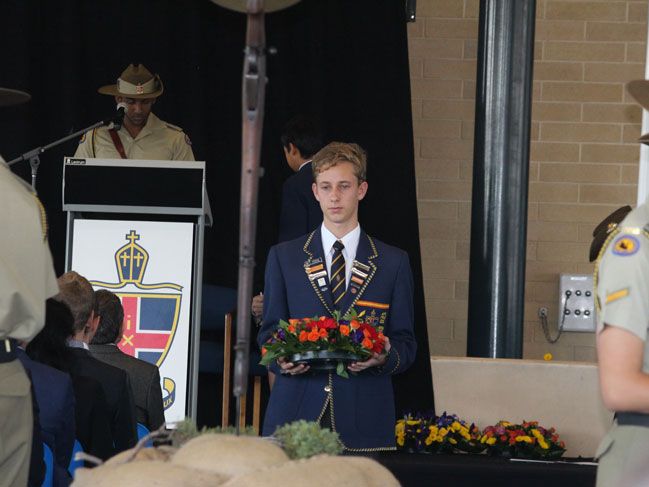 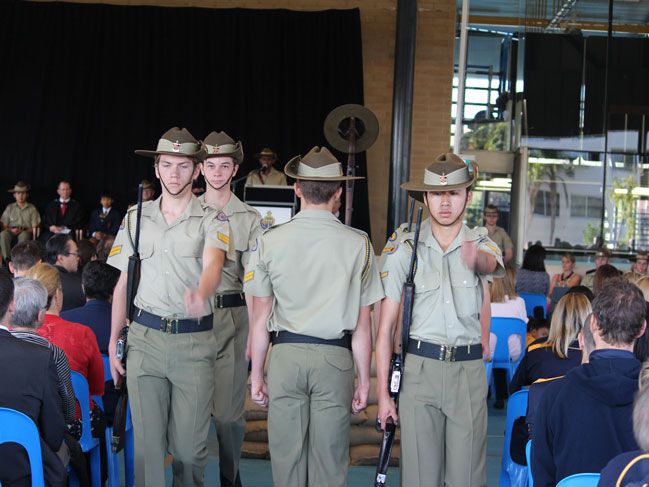 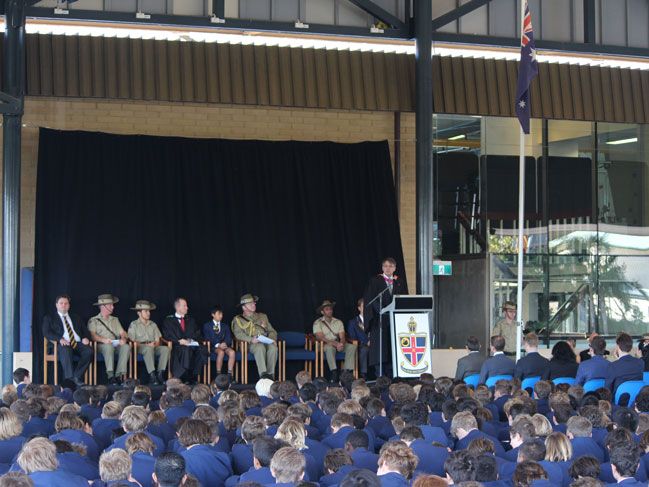 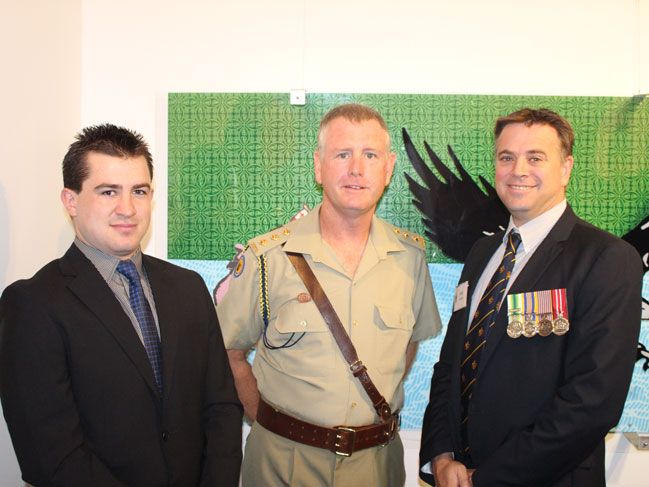 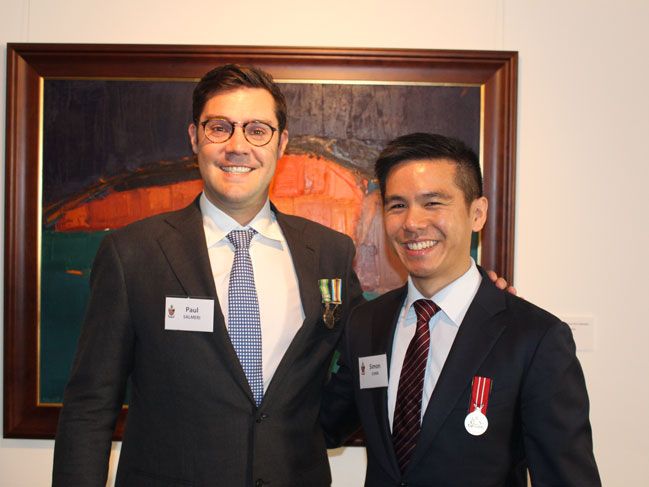 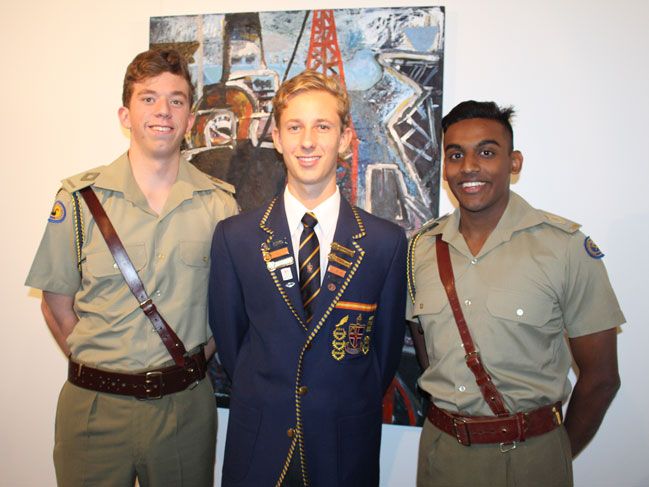 Staff and students from the whole school came together for an Anzac Centenary Service on Thursday morning. The Christ Church Cadet Unit (CCGSCU) supported the commemorations with a catafalque party mount, commanded by CDT, CPL Owain Chandler.

This year commemorates one hundred years since the dawn landing of Australian and New Zealand soldiers at Gallipoli during the First World War. To honour this significant event, guest speaker Major General Craig Williams AM – Former Commander of the Second Division and Christ Church old boy, reflected on the experiences of the soldiers sent to war.

Major General Williams, who has held a number of appointments in both the Regular Army and Reserves, was responsible for more than twelve thousand soldiers during his role as Commander of the Second Division. He was appointed a Member of the Order of Australia in 2008 for exceptional service to the Australian Army.

During the service, wreaths were laid to honour those who sacrificed their lives in war. CAPT Duane Nurse recited the Ode, from For the Fallen by Robert Laurance Binyon and Mr Fletcher Cox played The Last Post.

At the conclusion of the service, old boys who currently or formerly served with the Australian Defence Forces assembled with the Cadet Unit for morning tea.