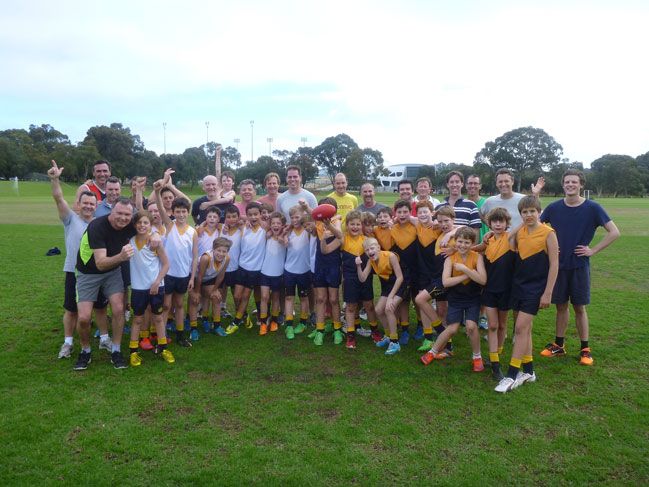 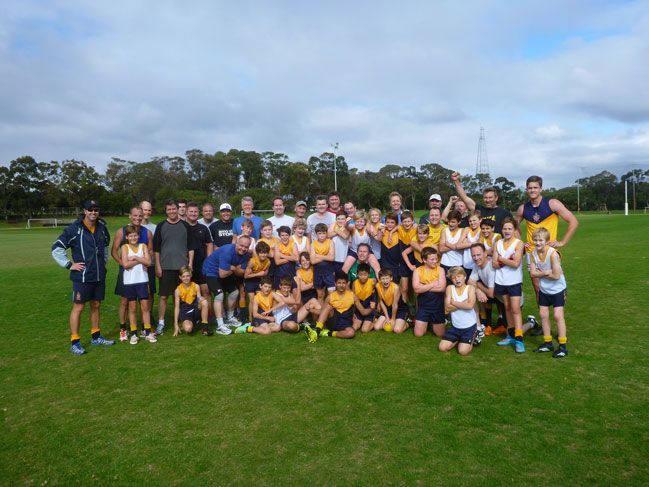 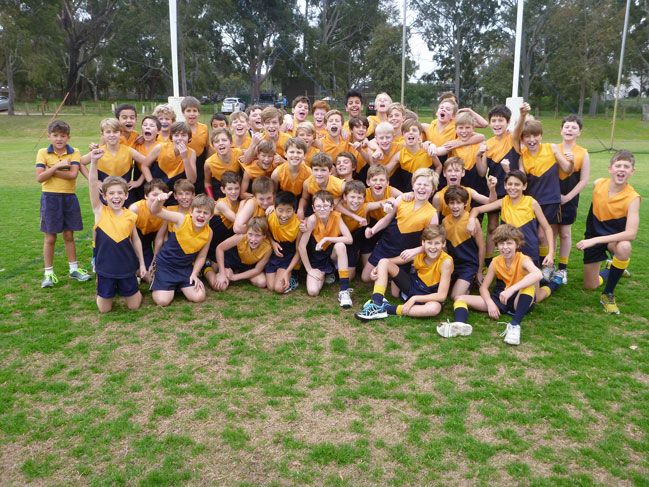 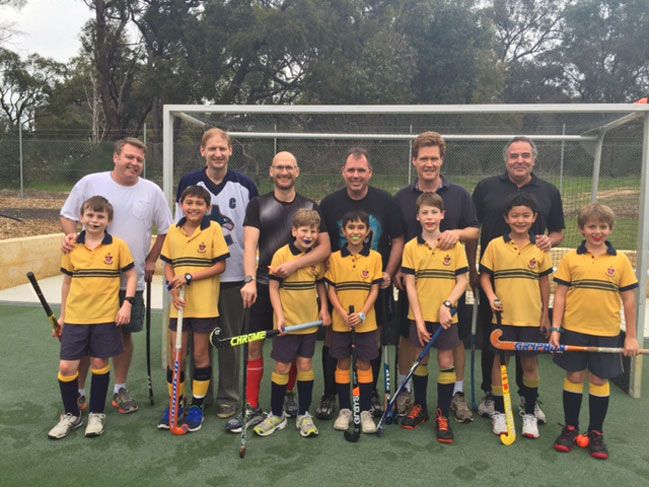 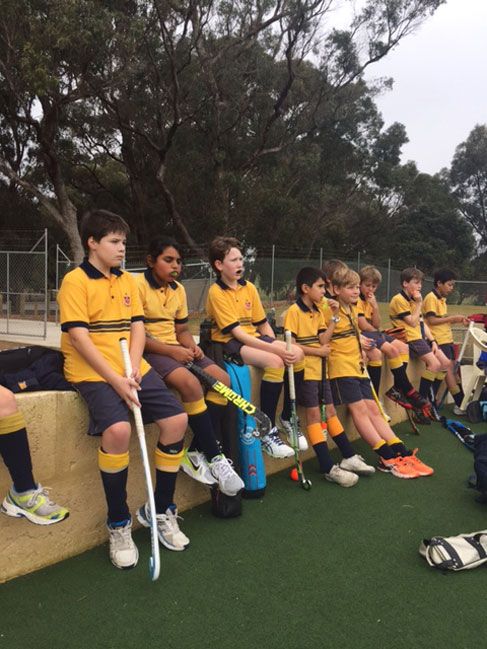 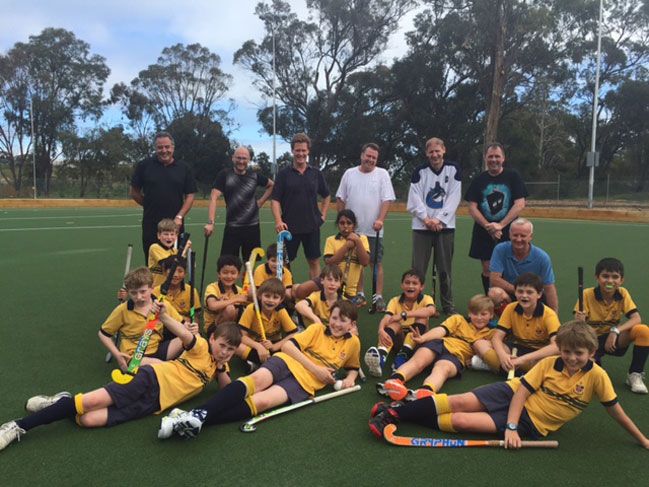 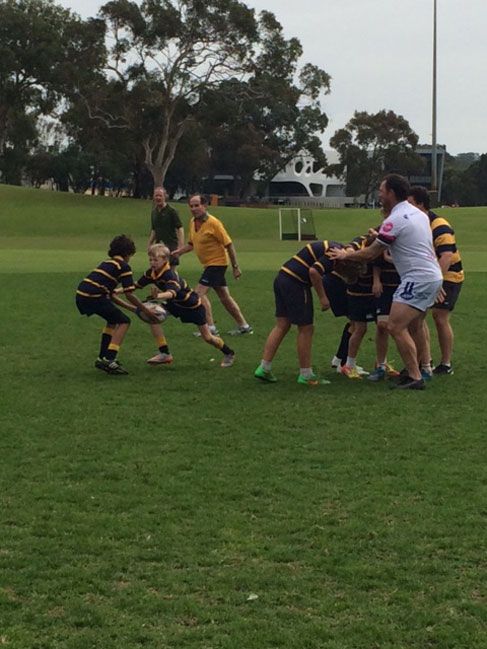 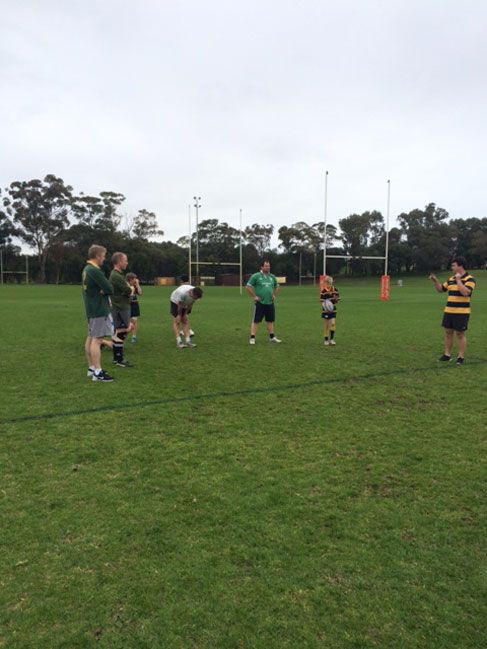 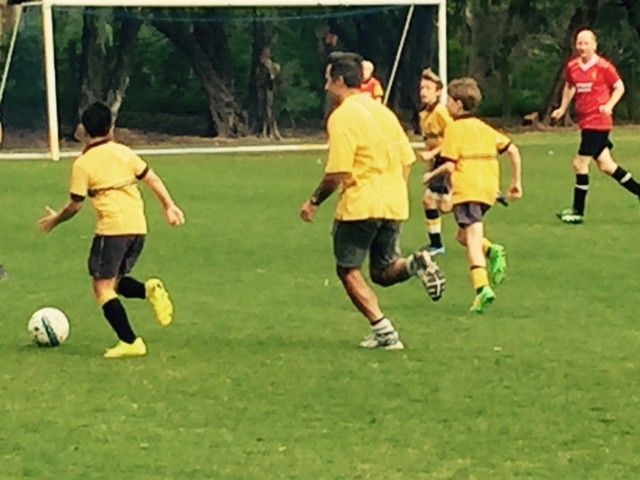 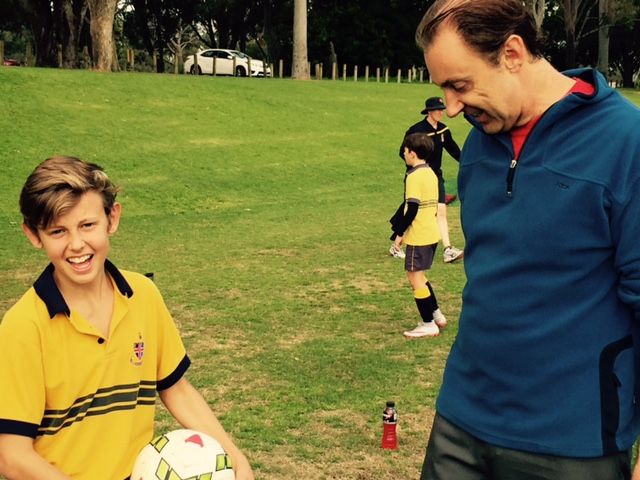 Adrenaline was running high as fathers, friends and sons battled it out during the fifth annual Preparatory Father/Friend and Son sports matches held on Thursday afternoon. The popular event gives Year 5 and 6 boys the rare opportunity to play alongside their dads, or significant family members, in football, hockey, rugby and soccer.

The event, played at McGillivray Oval, began as an AFL game between fathers and sons in 2009. Over the past four years it has grown to include rugby, hockey and soccer.

“The day was absolutely brilliant and extremely good fun. The concept of the father, friend and son games is a highlight for many dads and a wonderful inclusion in the Christ Church year,” said Mr Darren Renton (Year 6 Dad).

Preparatory School Sportsmaster Brady Leckie said the annual event was a fun way of uniting dads, their sons and their love for sport.

“It was great to see so many dads finding time in their busy working lives to play hockey, rugby, football and soccer with the boys,” Mr Leckie said.

“The dads had a terrific time, reliving some glory days, and the games were played in great spirit.”

At half time, the hockey dads gave the boys advice on the importance of exercise and benefits of playing team sports.

“It was really fun playing the dads and not so much fun getting beaten. We were surprised at how well the dads could play!” Will Browne (Year 5)

“We were out skilled by the dads. Next year we will beat them!” Harman Marwah (Year 6)

“It was the most fun game of rugby we’ve had all season.” George Sassella (Year 5)

“I was very happy my dad came out for the first time to play rugby since he broke his leg.” Peter Cooney (Year 5)