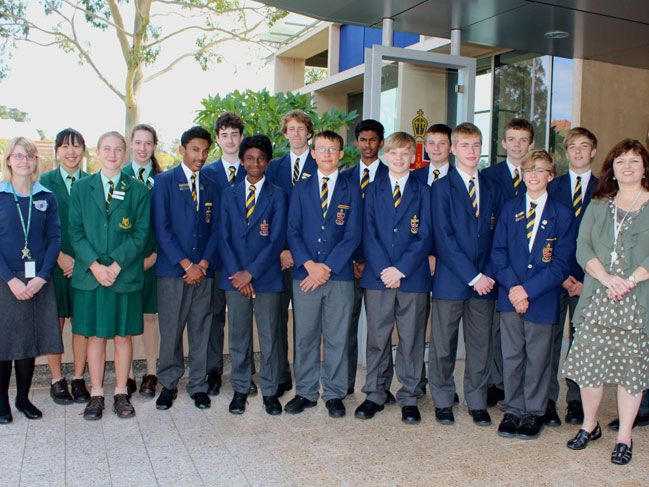 Students from Christ Church and Methodist Ladies’ College (MLC) worked together during Term 1 as part of training for the Australian Computational and Linguistics Olympiad (OzCLO). The competition involves participants working in teams on a range of language analysis problems.

Head of Languages Nicola Griffin-Appadoo said Years 9 and 10 students with a keen interest in English, languages and computational logic were invited to take part in the competition. “The students are required to solve a series of problems that require interpreting the grammar and semantics of fascinating languages,” she said.

At Christ Church, Mrs Griffin-Appadoo and Assistant Director of Studies Matthew Kameron shared their problem solving skills to train three teams of four boys alongside a girls’ team from MLC. MLC language teacher Tamsin Moran assisted all teams with their training for the competition.

OzCLO is one of the 12 international science olympiads held around the world each year and is supported by the University of Western Australia (UWA) in WA. It was the first time Christ Church participated in the competition.