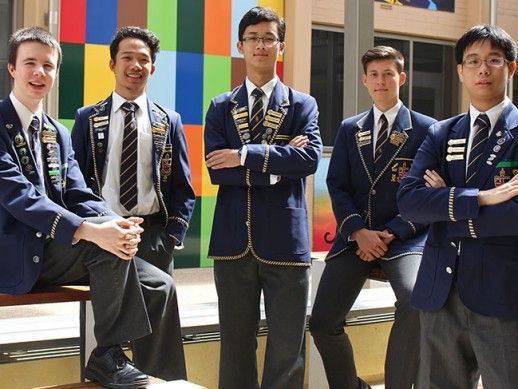 Headmaster Garth Wynne said the School was delighted by these results for the boys, their families and teaching staff. “As an academically inclusive, non-selective school, we have a wide range of capabilities among our students and we are proud of all their varied achievements,” Mr Wynne said.

“It is hugely rewarding for the School to see such excellent academic results across the board. I am once again very pleased that the majority group of boys have done so well, evidenced by the median ATAR score of 91.3, which is well above state and national averages.”

• 14 students (11 per cent of ATAR candidates) obtained an ATAR of 99 or more, placing them in the top one per cent of students across the country.

Certificates of Distinction, for the top 0.5 per cent of candidates in each course, were awarded to:

Of the six boys who followed a general pathway and completed WSA subjects, four obtained a Certificate IV qualification in Business Studies, amongst other Vocational Education and Training (VET) qualifications, and two successfully completed an Aboriginal School Based Traineeship with Leighton.

“These excellent academic results are an impressive culmination of the efforts of students, teachers and parents to motivate boys to achieve individual and collective excellence,” Mr Wynne said.

“The results are a reflection of many things, and for the School it also confirms the quality of the collaborative relationships between the boys and their teachers, of which we are particularly proud.

“With this significant stage over, I look forward to the news of our graduates as they forge their various pathways.”