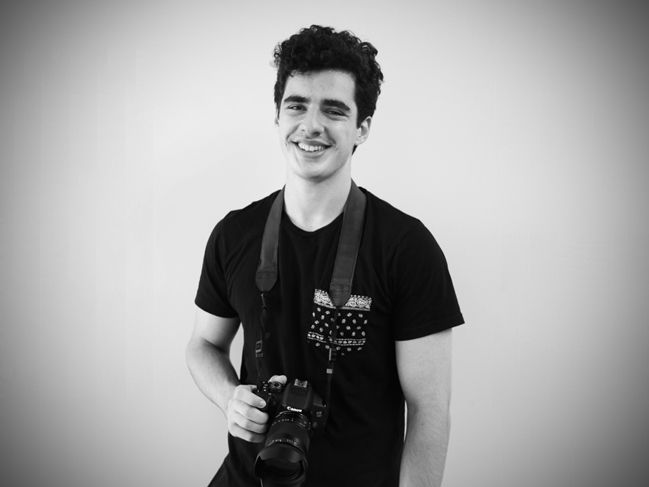 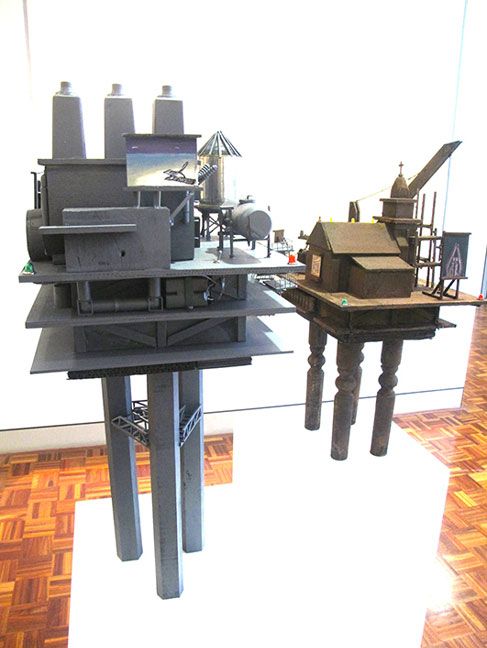 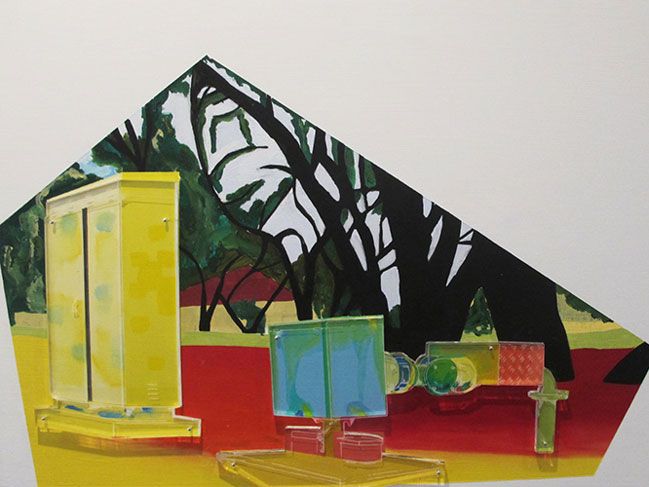 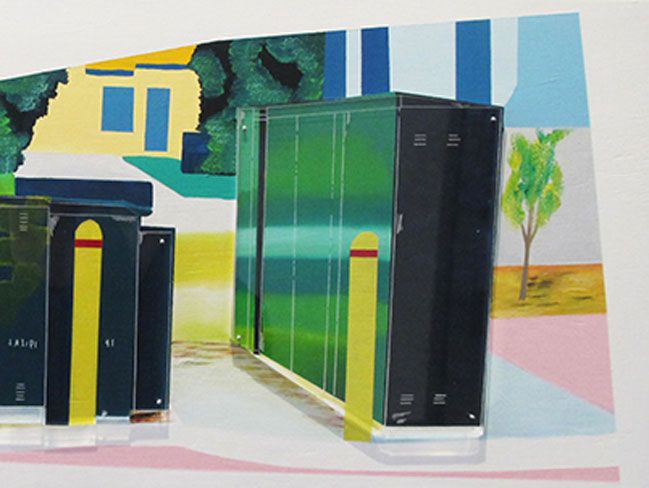 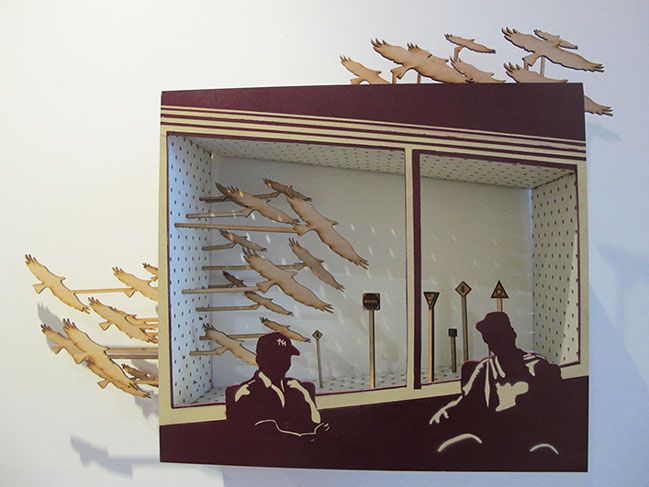 Christ Church will have three works on show as part of the Year 12 Perspectives 2014 exhibition at the Art Gallery of Western Australia (AGWA) as well as a short film in the 2015 Media Perspectives.

Class of 2014 leavers Ben Nagappa, Claude Platell and Matthew Shelton were among WA’s top art students selected in this year’s AGWA exhibition on display from 7 March to 1 June. The three old boys will attend the opening of the exhibition next month along with their Year 12 Art Teacher Jean-Marc Rivalland.

Ben’s (awarded a Certificate of Distinction for Visual Arts) oilrig artworks titled Platforms 1 and 2 were constructed from balsa wood and a variety of found objects; Claude’s painting Suburban utilities examines the beauty and value of the mundane; while Matthew’s sculpture, Pegged On – the intended future, uses a peg-board and computer generated images to reinforce the notions that we are constrained and constructed by our cultural boundaries.

The works are among 69 selected for technical excellence and emotional complexity, across a variety of subject matter and media, ranging from painting and drawing to sculpture, digital moving image, photography and textiles.

Mr Rivalland said the works selected reflected the commitment demonstrated by the boys throughout 2014. “We are proud of the standard they achieved, creating works with conceptual complexity and refined aesthetic qualities. They are great ambassadors of the program delivered at the School,” he said.

Meanwhile, 2014 leaver Thomas Penglis has had his short film selected for the 2015 Media Perspectives – a showcase of the top WACE Media Production and Analysis (MPA) submissions from 2014.

Media Perspectives, selected by the Australian Teachers of Media (ATOM) WA from all Stage 3 and 2 MPA students, will be screened at Events Cinemas Innaloo on Tuesday 17 March. Thomas’s film, titled Red, is based on the Grimm Brothers’ version of the fairy-tale Little Red Riding Hood and draws inspiration from American avant-garde director Tim Burton.

Visual Art, Design and Media Teacher Anna Cornell said Thomas, who won the State Course Exhibition for Media Production and Analysis, was an incredibly creative and insightful student who showed an immense dedication in producing a visually dynamic practical work based on an in-depth theoretical understanding.

“It is an amazing achievement for Tom be selected as one of the top student filmmakers in State and the Art Department are so pleased to see that his commitment will be realised in a public forum,” Mrs Cornell said.