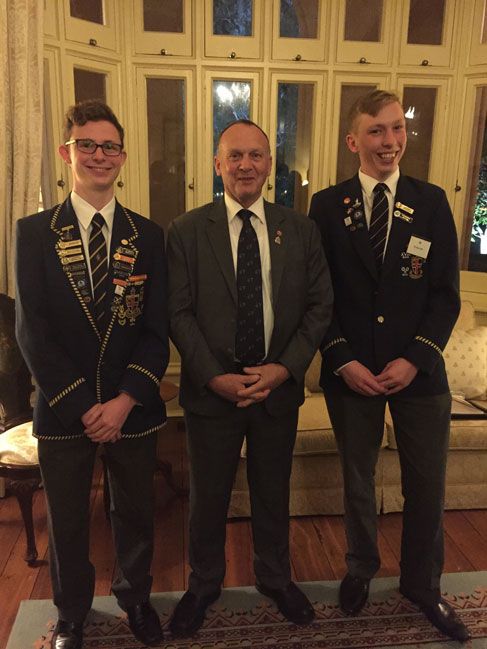 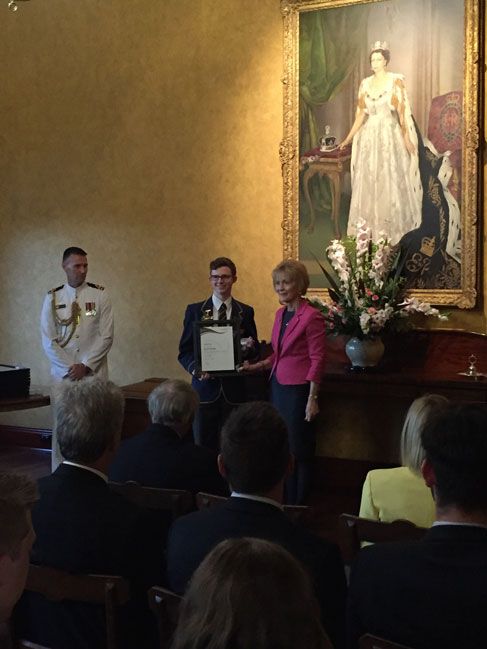 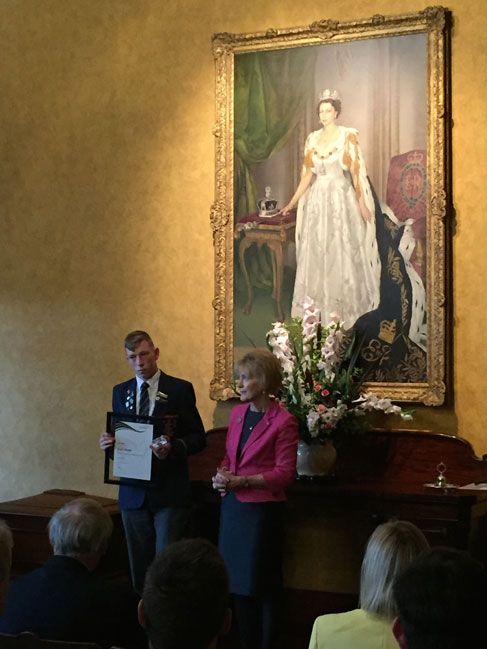 Rory Bett (Year 12) and Michael Lukin (Year 12) had the honour of attending a ceremony at Government House last week, where the Governor of WA, Kerry Sanderson AO presented them with their Gold Duke of Edinburgh Awards.

Rory achieved his Gold Award in March this year making him the second Christ Church boy in history to achieve Gold while still at school. In completing the Award, Rory took part in tennis, football and sailing, he participated in the service activity Food Rescue, assisted at his local parish, was an outstanding member of his Venture team and took part in a German exchange.

Michael achieved his Gold Award in July this year making him the third Christ Church boy to achieve the Award while still at school. Michael took part in hockey, tennis and cross-country, excelled as an organ student, assisted in the running of lower school sport, and took part in a service-learning trip to work with the Cambodia Children’s Fund.

Jeremy Dixon was the first Christ Church boy presented with a Gold Award 34 years ago.

The Duke of Edinburgh’s International Award is an internationally recognised program for young people, building their skills to equip them for life and work. The Award is part of a network of more than 143 countries and territories and eight million awardees. It involves learning new skills, improving physical wellbeing, volunteering in the community and taking part in adventures.

There are currently 151 Christ Church boys registered with the Award. You can find out more by visiting The Duke of Edinburgh’s International Award website.