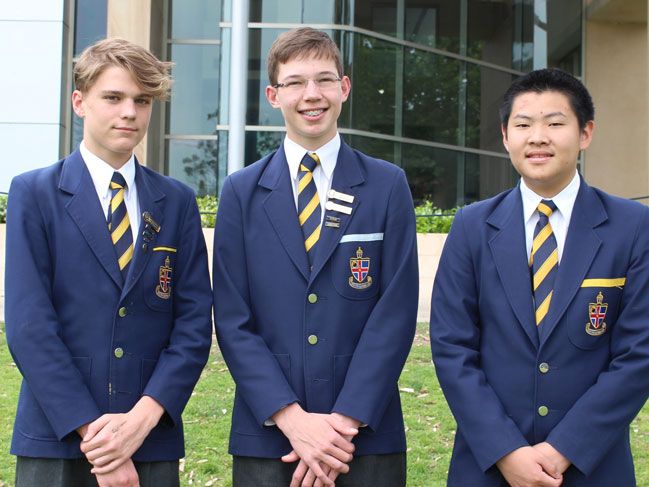 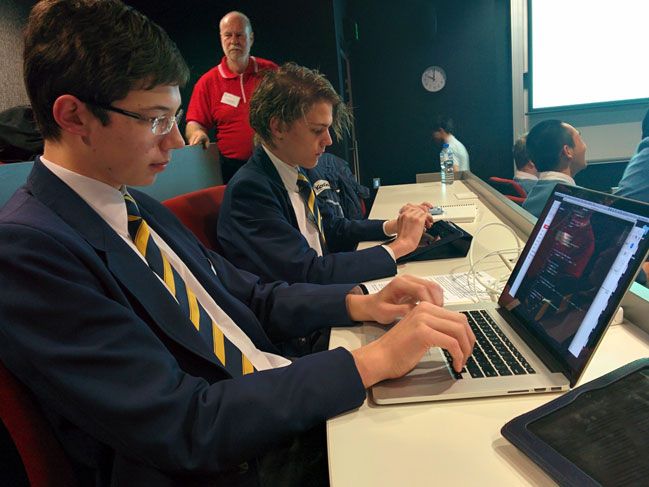 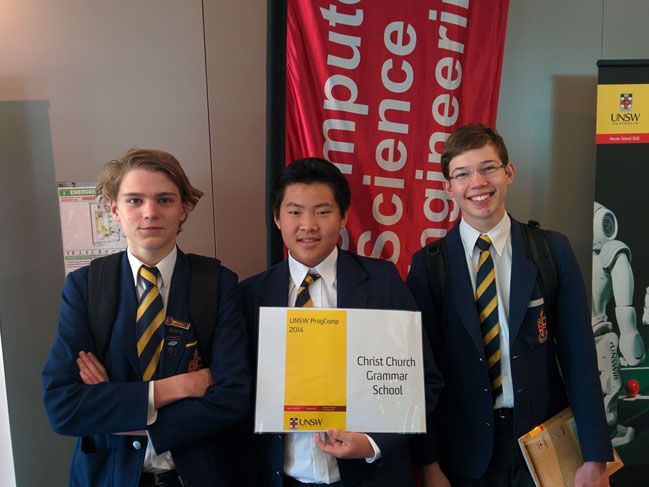 Christ Church was the top performing school in Australia in the open round of this year’s UNSW (University of New South Wales) Computing ProgComp. ProgComp, run by the School of Science and Engineering, is open to all Australian high schools where teams of three are given a computer, two hours and five problems to solve.

In September, the Year 10 team of Ben Anderson, Jason Chu and Hector Morlet was among eight teams invited to attend the grand final of ProgComp in Sydney, which also coincided with the UNSW Open Day.

Ben said boys enjoyed the opportunity to compete and to see PhD students, from all faculties, showing off their magical creations. “There were soccer playing robots, a virtual reality helmet, a can-stacking claw, a massive solar powered car and free popcorn,” he said.

The following teams were awarded Distinctions in the open round:

The following teams were awarded Credits in the open round: