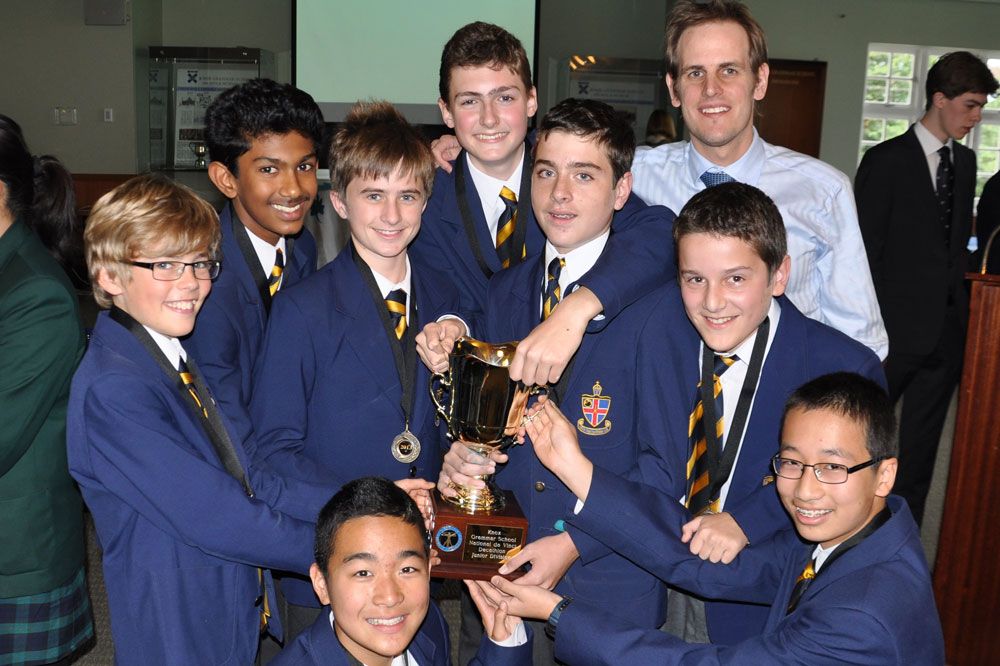 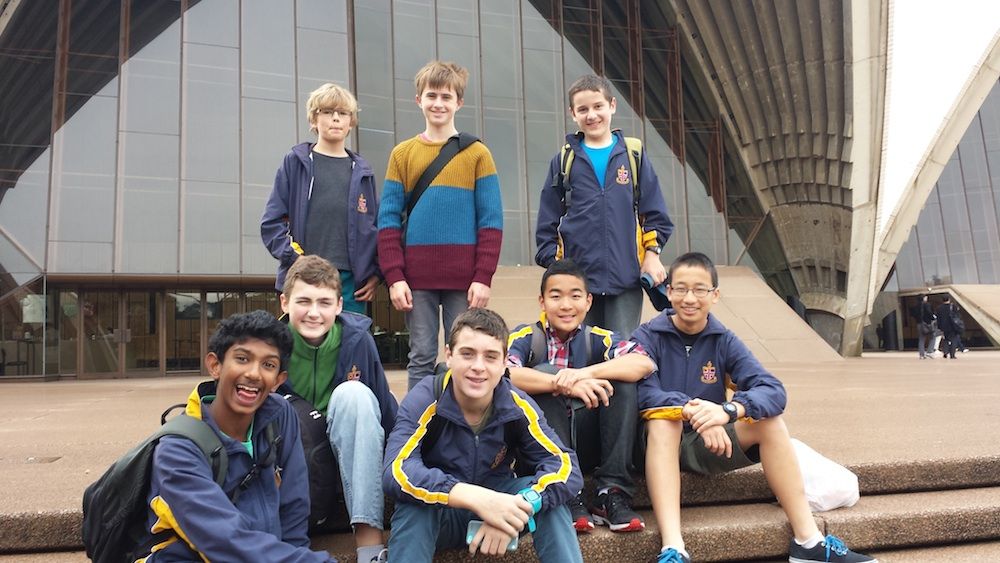 A team of eight Christ Church boys won the Western Australian da Vinci Decathlon held at Wesley College recently. The Year 8 boys will travel to Sydney next month to compete in the national competition.

The annual competition is an academic inter-school gala day run in the spirit of an Olympic decathlon. Each team combines its collective talents to work together in 10 varied disciplines. The intellectual events range from English and engineering through to cartography and general knowledge.

Mr Kameron said the Christ Church team secured a convincing win over the 28 participating schools. “Our solid performance was evenly spread across all events, scoring in the top 10 schools in every event while having several standout performances. Particularly, scoring first place in both the engineering and English categories,” he said.

The boys were recognised at a recent assembly with Mr Kameron presenting the State trophy to Headmaster Garth Wynne.

The team will compete in the National da Vinci Decathlon in Sydney from June 22 to 24 with a shot at representing Australia at the new international competition to be held in Italy late this year.